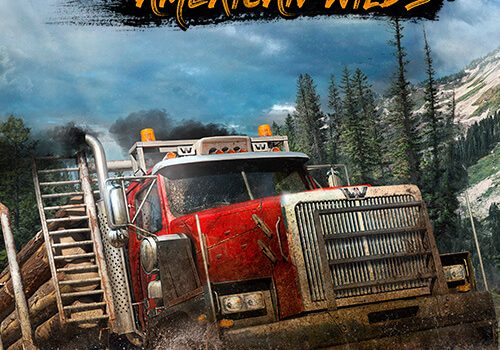 Summary: Spintires gets the mobile treatment, and delivers a solid title for a niche audience

‘Spintires’ is the type of game series you’ll either really love or adamantly hate. The series sports a cool premise, but takes a lot of patience and outside the box thinking to appreciate what it has to offer.

The premise of Spintires is certainly different: navigate challenging, heavily muddy terrain (hence the ‘MudRunner’ in its title) in hopes of transporting an array of log types across a series of map locations. The game can either be played in single player, requiring strategically rotating vehicles to pick up, lift, transfer and ultimately deposit the logs. Alternatively, find a buddy (or more) who can offer his/her vehicle to quicken these endeavors and/or wench your vehicle when inevitably stuck in the mudpile from hell. 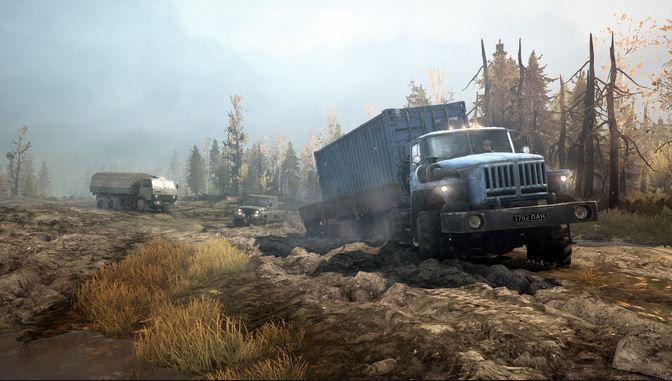 In addition to multiplayer, there are two main single modes to ‘Spintires: MudRunner American Wilds,’ that being ‘Campaign’ and ‘Challenges.’ The game recommends playing challenges first before even pondering Campaign…and for good reason. Learning how each vehicle works can be initially perplexing, also how to overcome the game’s unyielding mud physics. Even on easiest difficulty, there’s little to no handholding in campaign mode, making for a frustrating foray except for the most experienced. 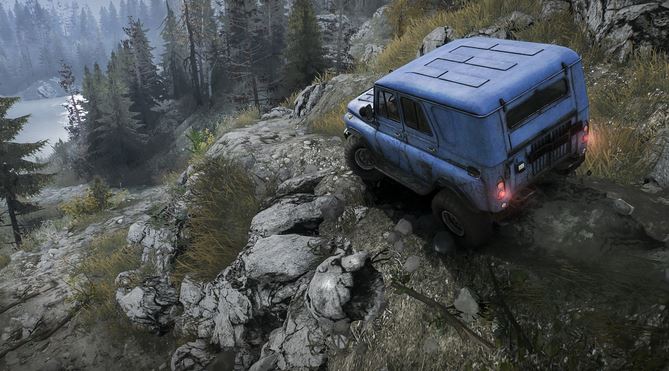 The original MudRunner featured the wastelands of Siberia; this new title also contains limited U.S. inspired (via new maps and vehicles) downloadable content. While the two new maps won’t blow anyone away, it is nice to play with more recognizable (Hummer and Chevy, for instance) branded vehicles that look and feel like their actual counterparts. In contrast, the original ‘MudRunner’ consists solely of obscure heavy duty vehicles that provided zero/no ambiance beyond functionality. 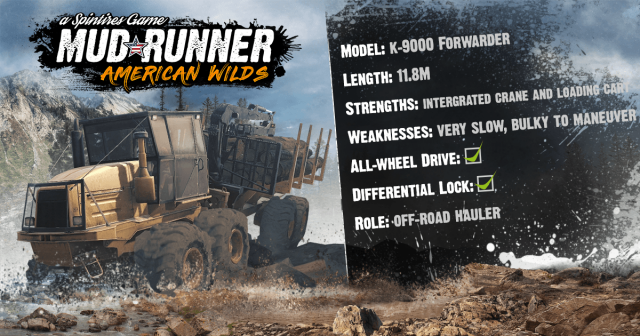 Been here before? For those who’ve played either the original Spintires: Mudrunner or the complete package with its DLC, the Switch version is an excellent version of the title. I was shocked at how well the JoyCon’s work for the delicate navigation, camera work, and – most importantly – acceleration and braking required to succeed in the game. Perhaps the most useful aspect of this interface is the terrific rumble feedback that is constantly educating (in timing and intensity) on road and mud feel.

Unlike other versions of MudRunner, I encountered no slowdown or glitching. Also sound effects remain solid, and menus are easily accessible. While the online community is logically sparse for a just released niche title, there were others already tag teaming to tackle maps. Plus, matchmaking was simple to execute. Last and being a mobile platform, it’s a tremendous luxury to be able to pick up and put down a map when frustration settles in and/or checkpoints reached. 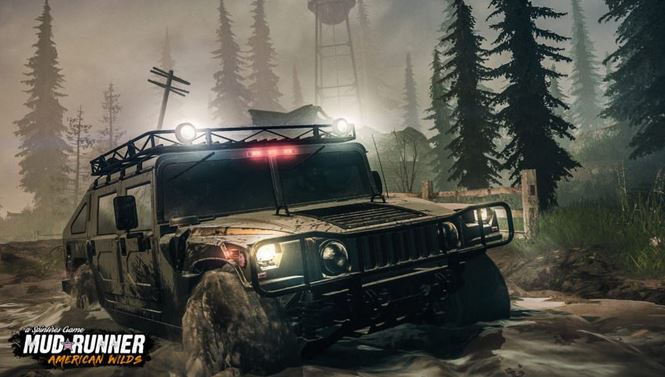 On the flipside and if you’re brand new to Spintires: MudRunner, know what you’re getting into. This is a true simulation title that is proud to punish en route to success. The endless sloshing of stuck tires is a constant soundtrack, as it can take hours to complete even a short challenge. Slow and steady is the name of the game here, and patience the greatest commodity. If you’re reading between the lines, this is not a game for kids…unless mom and/or dad happen to truckers. Who like mud. And logs.

Also – and while it plays quite well – Spintires: MudRunner American Wilds is pretty barebones in presentation. Even branded vehicles won’t wow anyone, with the same said for terrain. Similarly, maps and HUD are dry and sometimes confusing. Expect to be regularly popping in and out of the wider map view to get bearings, as losing direction is more norm than exception. Finally, the game is too stupid too often in detecting when a truck is in the intended interaction zone. Usually this is easily corrected by a bit of movement in a particular direction to try again. Other times, it can be hair pulling irritating to line up what should be a simple activity. 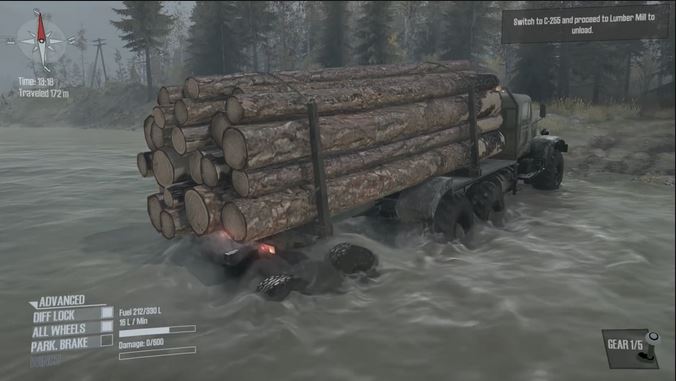 This is not to scare newcomers away. My first foray into Spintires: MudRunners was on the PS4, and I found it surprisingly relaxing, intellectually challenging, and quite rewarding (when completing a challenge). Mud physics are incredibly realistic, which makes for a driving sensation like no other game out there. Therefore, if you’ve ever mudded, traversed across difficult terrain and enjoyed it, and/or threw an ATV out for a loop, you’re apt to have a huge grin across your face playing this game.

In contrast, those with a need for speed or a want for a Switch version of Truck Simulator…this is not for you. I would suspect several who buy this version sans advance knowledge will be done with it fifteen minutes in. Test: if strategic winching to escape a hopeless mud ditch isn’t for you, than Spintires: Mudrunners American Wilds is a ‘pass.’