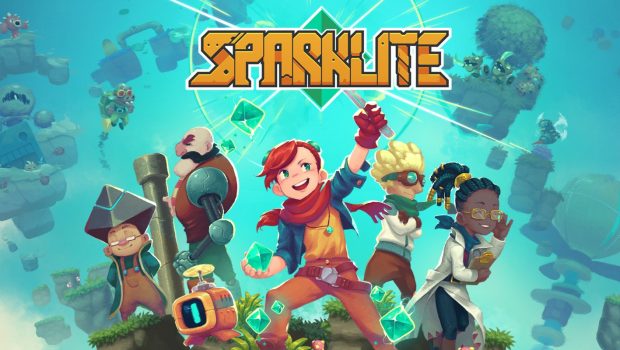 Summary: Explore the ever changing world of Geodia as you race to save the world in Sparklite.

‘Sparklite’ is a fun for all ages, top-down, action-adventure game set in the mystical world of Geodia. You play as Ada who, along with her robotic companion, must discover the origins of a phenomenon called the Fracture and stop the evil Baron from harnessing it for himself. Using gadgets powered by Sparklite, Ada must venture through an ever-changing world and put an end to the Baron and his Titans that are mining the worlds resources.

I was first drawn to ‘Sparklite’ after watching some of the trailers on YouTube; there was something about the game that reminded me of those beloved top-down games I used to play on my Nintendo DS back in the day. And while ‘Sparklite’ is quite different from those games, I was pleasantly surprised by how much I enjoyed playing it. In a world where everything is all about having the sharpest resolution and clarity, ‘Sparklite’ is a fresh reminder that you don’t need super high graphics to have fun! 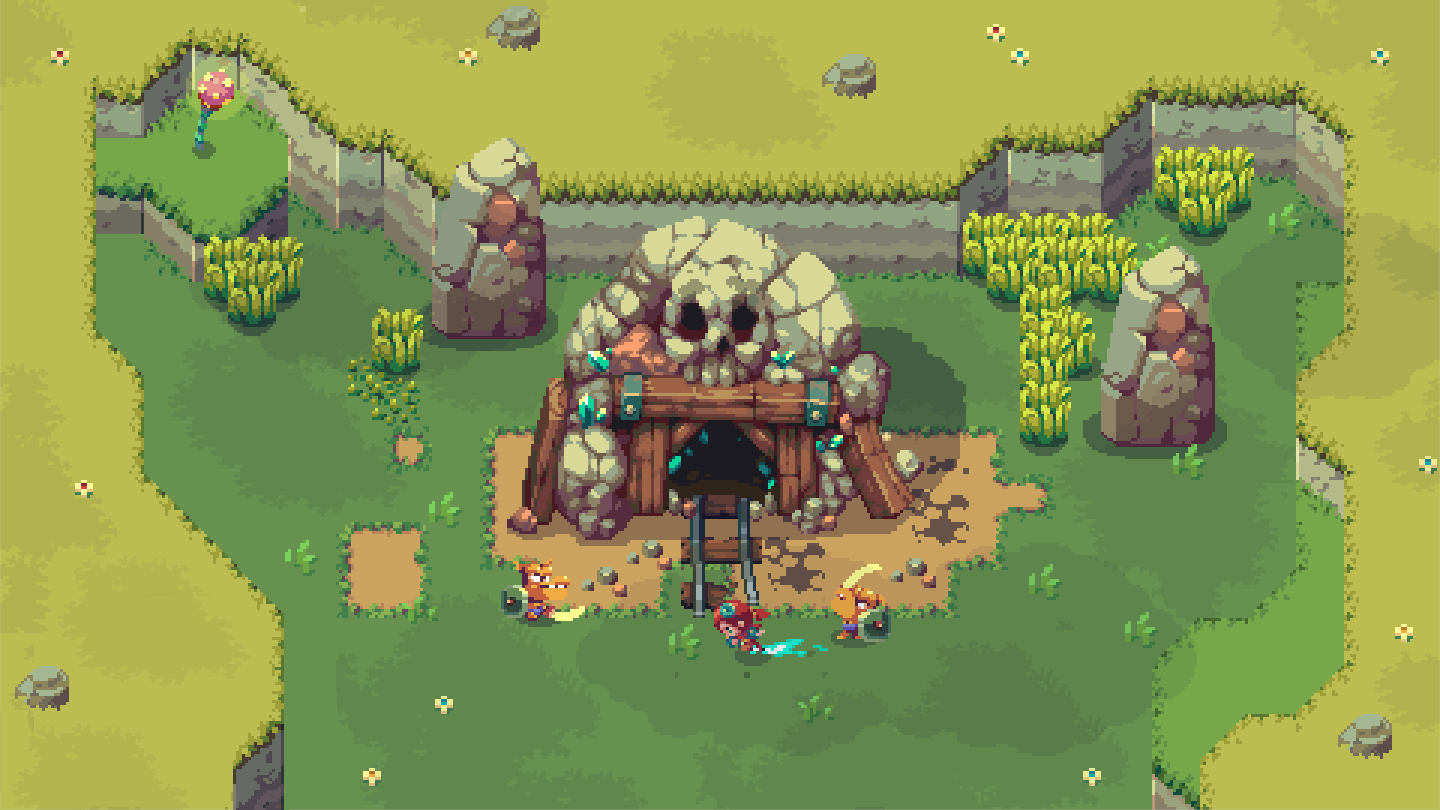 The plot for the game is very straight forward and can be told without giving anything away. To begin with, let’s answer the most obvious question: What is Sparklite? Well, aside from the title of the game, Sparklites are little crystals that are used throughout the world of Geodia as everything from financial currency to powering machines. These little crystals can be found all over the world in plants, creatures and rocks. But because of their abundance and power, the evil Baron has commanded his minions to collect as many Sparklites as possible by harvesting them out of all of the planet’s natural resources. Leading his forces are a group of giant mechs called Titians, each governing over a different region of Geodia. You play as Ada, an engineer who must stop the Baron and his Titans before he unlocks the power of a mysterious phenomenon called The Fracture. 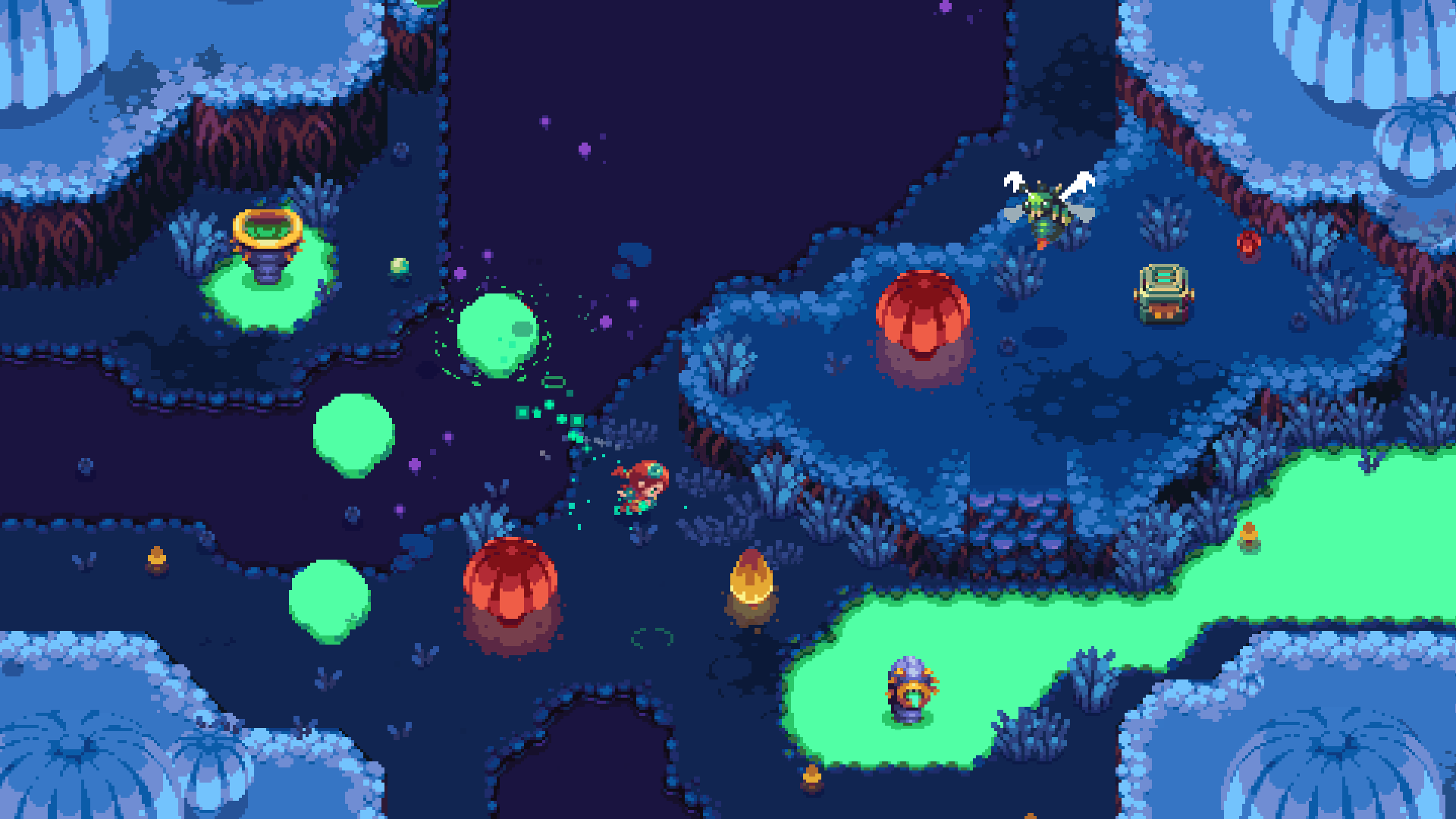 While the plot is rather simple and straightforward, I feel that this works to the games advantage, making it more appropriate to a wider age group. This is further reinforced with the game’s core game mechanic, The Fracture. To put it simply, the map is broken up into five different regions, each consisting of a dozen or so square tiles, similar to that of a chess board. Whenever the player dies or defeats one of the Titans, Ada is returned to a flying city that serves as her home base. Whilst here, the world below undergoes a dramatic transformation known as The Fracture and the tiles on the map are shuffled and rearranged. As a result, each time Ada returns to the planet’s surface, the map will be completely different from before. Only the location of each zone stays in place. Everything else (within these zones) is shuffled like a deck of cards. This makes exploring the map trickier as players never know what is around the corner. This adds an enormous amount of replay value into the game, and offers players to create their own in game challenges when sharing the controller with a group of friends. I for one invented my own drinking game (but more on that later).

‘Sparklite’, even with its kid-friendly graphics, still offers its fair share of challenges for players of all ages. As previously mentioned, the world of Geodia is broken up into 5 different regions, each with its own unique enemies and challenges. Players need to explore each region and locate the portion of the map that contains that regions’ Titian overload. Once there, players have to defeat the Titian to unlock a new upgrade for Ada’s robot companion that can be then used to unlock the gate to the next region. However, if a player is unsuccessful in defeating the Titian or is killed by another enemy, the must start their search all over again. 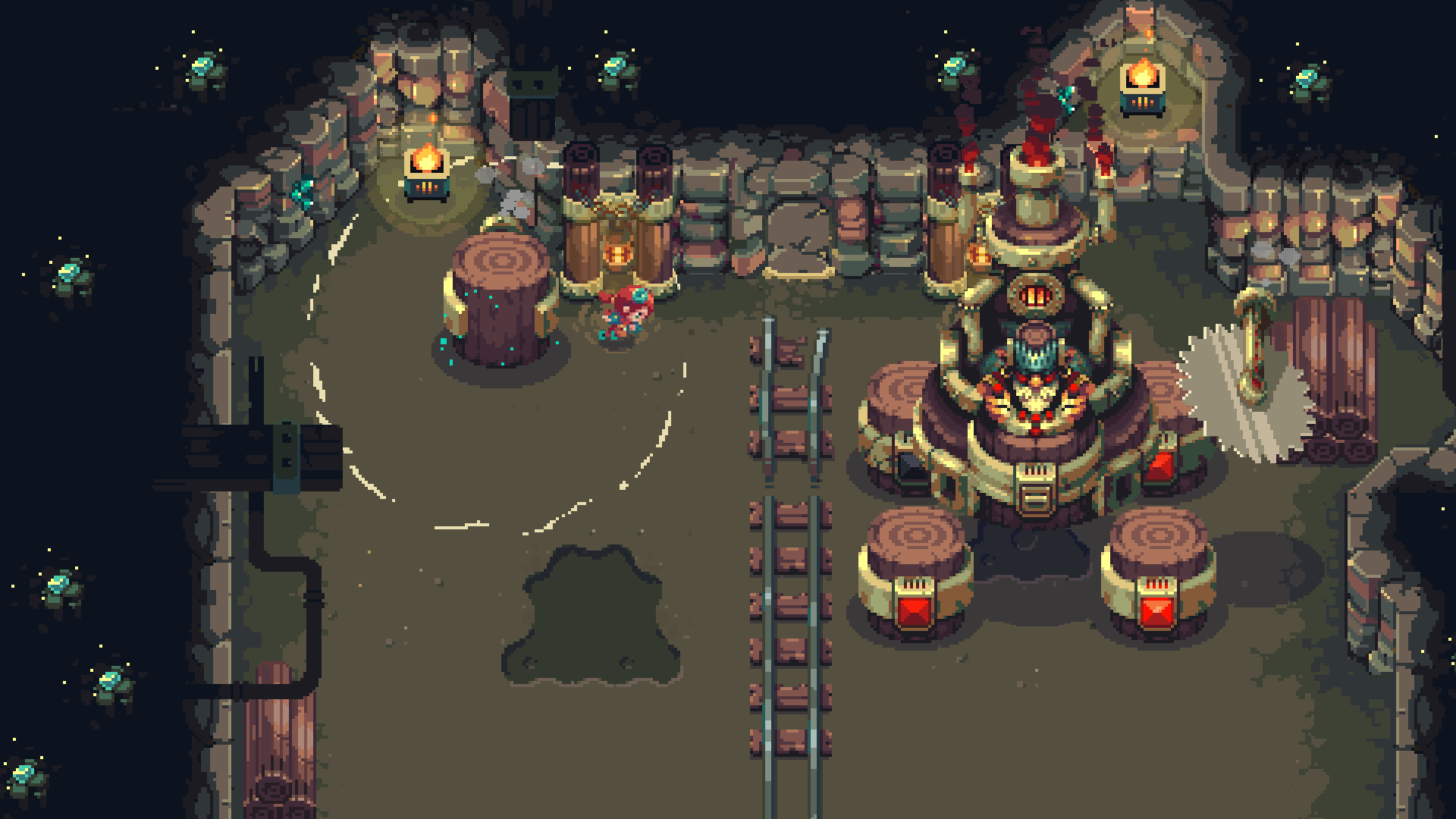 Ada takes to battle with an array of gadgets but her main weapon of choice is her trusty wrench. This is where the game introduces some RPG elements in the form of powerups that are installed into the wrench using a grid system. Powerups come in a range of different sizes, and it is up to players to figure out how best to arrange them and what ones to select. Additionally, powerups of the same type and level can be fused together and made even stronger, allowing players to fit more powerups into the wrench. These powerups can be bought using Sparklite or can occasionally be found while exploring Geodia. Ada also has access to an array of gadgets and consumable items to help her along the way. I didn’t find these to be of much use due to how long it took to activate these items during combat and the extremely high cost to craft new gadgets. The only items I really made use of were health potions and explosives that I used to search for hidden areas. Most of the Sparklite that I collected went into increasing my armor and health powerups. In truth, I spent a good amount of the start of the game faming Sparklite to buy enough upgrades to become strong enough to defeat the first boss. Once a player gets enough health upgrades, completing the game becomes quite easy. All of the boss fights incorporate pattern strategies in their attacks. As soon as I was able to figure out what the pattern was, it was only a matter of knowing when to dodge and when to strike. However, this can still be quite challenging as attacks need to be timed very well if you wish to come out undamaged.

‘Sparklite’ is a surprisingly fun game considering that it utilizes simple game mechanics to make it more targeted to young gamers. Older gamers will also find this quite enjoyable as it offers some resemblance to those beloved top-down games played on hand-held systems such as the Game Boy and Nintendo DS. ‘Sparklite’ offers an enormous amount of replay value and is very much ideal for playing as a group despite been predominately a single player game. Co-op is available but I recommend sharing the controller for the most enjoyment. 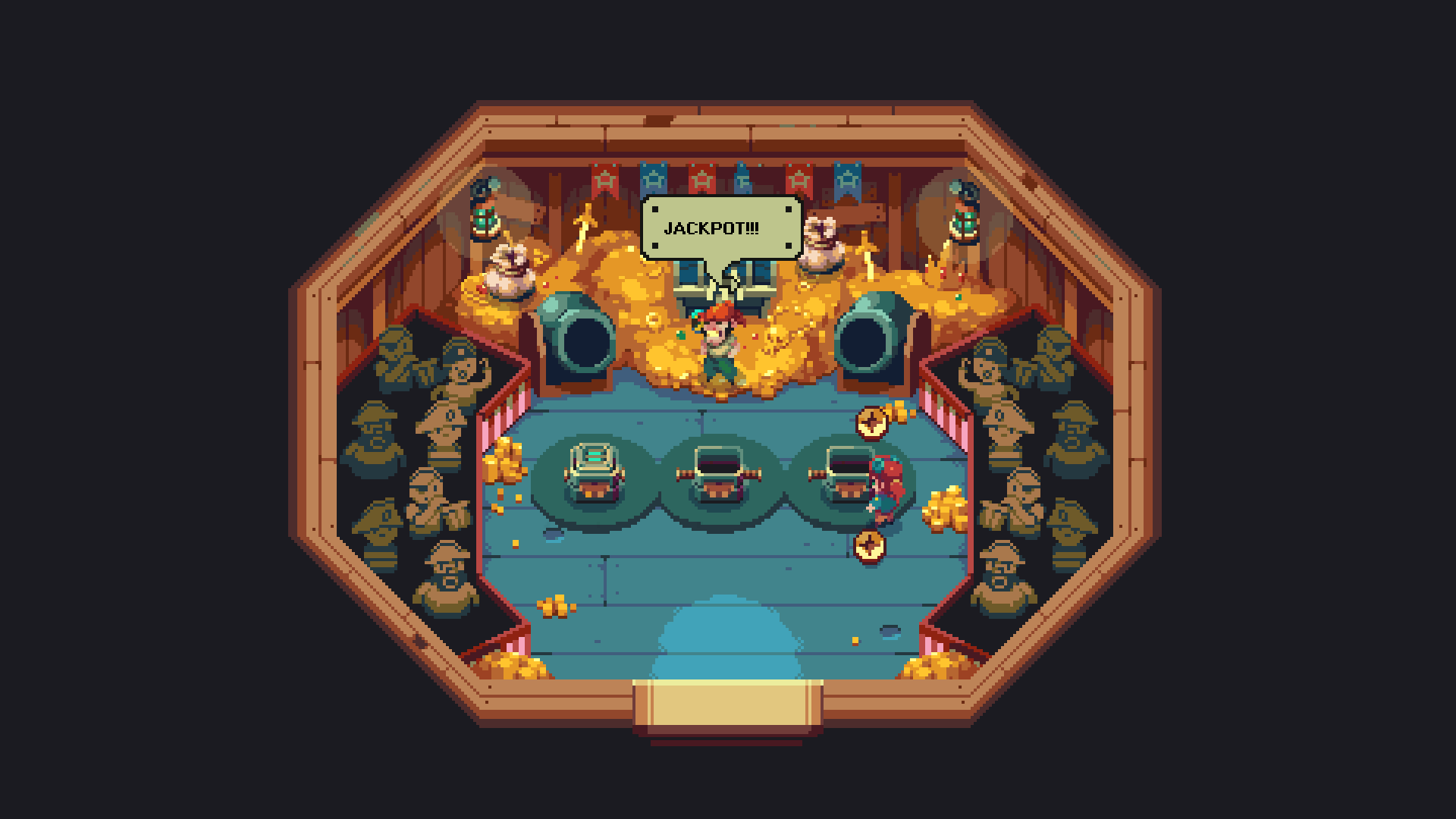