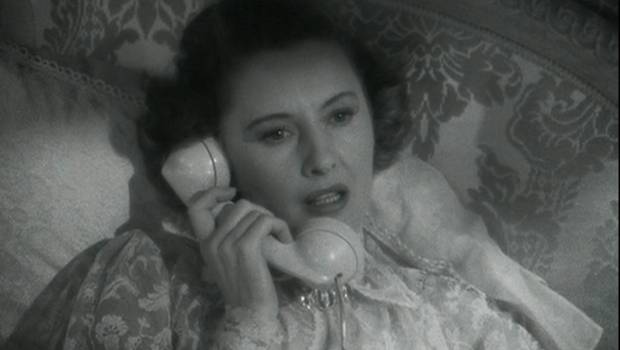 Summary: Ahead of its time, “Sorry, Wrong Number” is an intriguing story about some scheming characters. Come for the smart premise & stay for the push-pull tension.

Modern films have scripts that are especially written or they’re adaptations of a novel. But consider the 1948 film, “Sorry, Wrong Number,” one that was originally a radio play. This film shows its age but you cannot deny its impressive features, especially as some of those ideas would influence others afterwards, including some to this day.

It should come as no surprise that this film is quite dialogue-heavy. It was adapted for the screen by the play’s original author, Lucille Fletcher, and Anatole Litvak directs. The final product is a voyeuristic slice of film noir or one where a woman becomes a snivelling mess after discovering a series of damning revelations.

Barbara Stanwyck stars as Leona Stevenson, an entitled heiress who is stuck at home in bed. She calls her husband’s office but the telephone operator crosses the wires. As a result, Stevenson learns about a murder plot that is due to happen that night at 11:15pm. But the question is, “Who will be the victim?”

It is clever that this film is told through a series of phone calls (to the police, telephone operators and the hospital) and via flashbacks. Unfortunately the latter can be hard to follow at times, especially when there are flash-backs embedded into other ones. The proceedings unfold in near-real time. Stevenson becomes increasingly panicked as she learns about her mysterious and spineless husband, Henry (a suave, Burt Lancaster). Leona stole Henry from a friend back in the day, but Henry is not the handsome prize he seems. 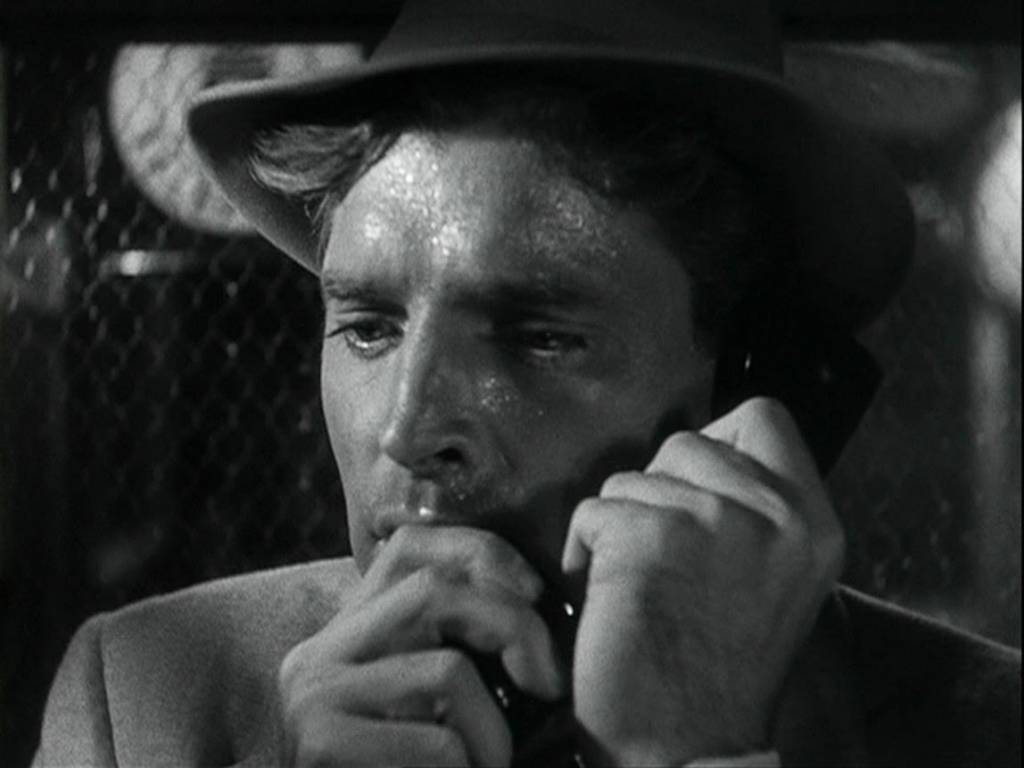 The film is shot in black and white but it still manages to be ominous and frightening at times. Sol Polito’s cinematography creates an oppressive atmosphere, finding the right balance between darkness and sinister shadows. This is coupled with an energetic score by Franz Waxman, which dials up the melodrama.

Leona is not a particularly likeable character, though she looks impressive in her costumes by Edith Head. Leona becomes increasingly shrill throughout the proceedings as the tension increases and she learns more sinister information. There will be viewers who say that she deserves what happens.

This Blu-ray disc includes some excellent bonus material. There is an introduction by a film historian and an exclusive commentary from a noir expert. These help viewers appreciate the context of this film, as well as a making-of featurette. There are performances of this story recorded in 1950 and 2009, as well as technical trailers and photo galleries. The disc is packaged in an attractive slip-case, making it a great gift for fans of historic noir.

“Sorry, Wrong Number” is an old suspense film that leaves you guessing. There is a constant feeling of impending doom and violence, which will have you on the edge of your seat. The tension amplifies as Leona’s neuroses grow, before it all comes to one satisfying end. You won’t look at your phone in the same way ever again…