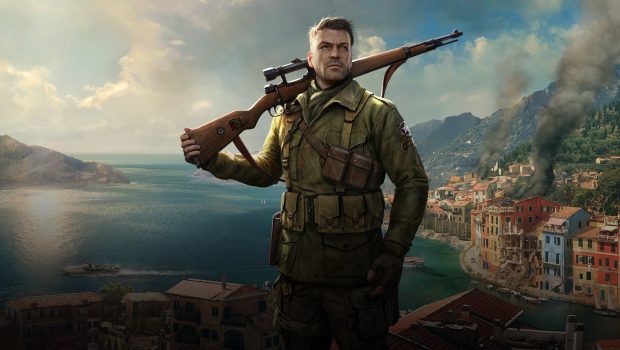 Summary: Sniper Elite V2 Remastered  would be a decent game if it didn’t feature successors so much better than it.

The  biggest problem with Sniper Elite V2 Remastered for the Nintendo Switch is that Sniper Elite 4  exists. While Sniper Elite V2 was considered a solid offering back in 2012, it does not age well in comparison to its predecessors, remaster or otherwise.

To call V2 ‘remaster’ is a bit of a stretch. Yes, cutscene graphics are a bit sharper…audio more nicely mixed. But…that’s about it. It plays like a title two generations previous, and nostalgia can only go so far.

The biggest critique is Sniper Elite V2 Remastered’s absolutely abysmal enemy artificial intelligence. They swarm, they wander, they get disinterested for seemingly no logical reason/s. They also have the most accurate gunfire ever recorded and via non-scoped weapons. Combined, these aspects eliminate the thrill of moving, scoping and shooting Sniper Elite V2 Remastered is trying to channel. Efforts to play in this ideal manner – one Sniper Elite 4 embraces and ultimately requires to succeed – will result in quick death in V2. 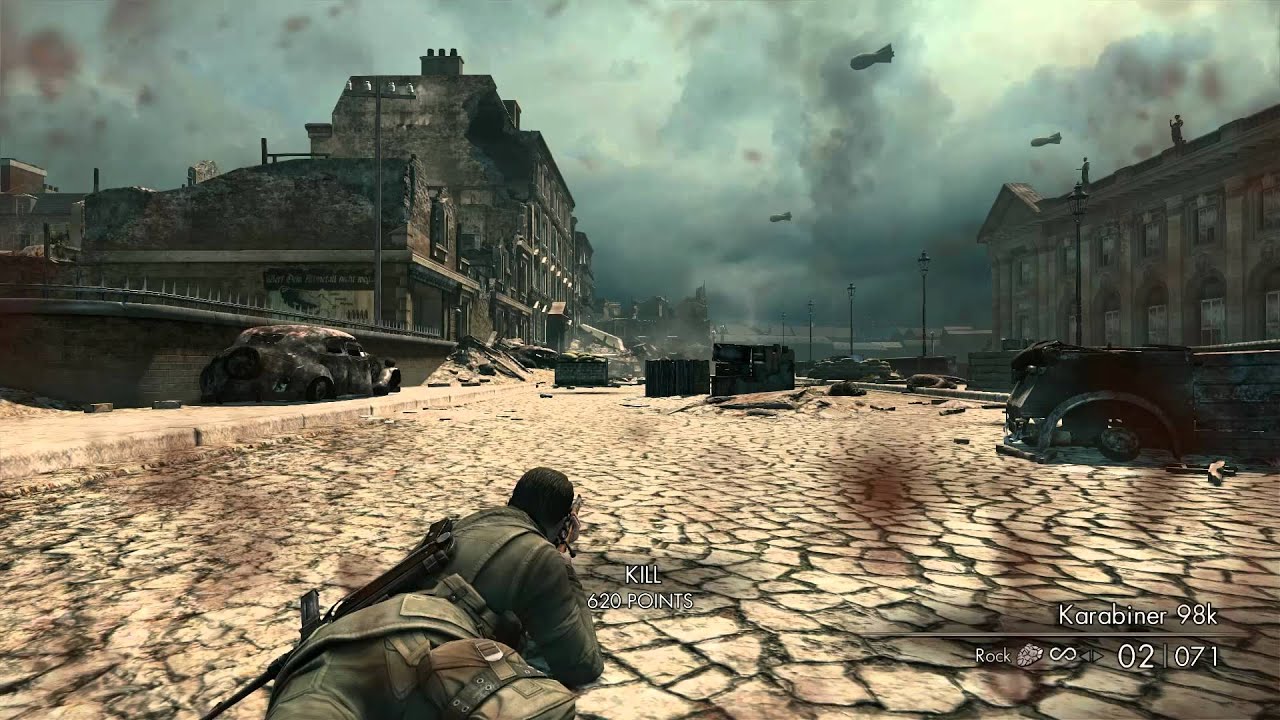 Similarly, the allure of the Sniper Elite series is the terrific kill cam, one backed by a solid physics engine compensating for distance and wind. Sniper Elite V2 Remastered never upgraded the original, and what’s left appears random instances of when a scoped shot accomplishes what is intended (by going into that mode). Echoing the previous paragraph, the entire thrill of being a sniper is to line up a perfect shot. Sniper Elite 4  does this wonderfully. Sniper Elite V2 Remastered, however, makes this a frustrating endeavor. It’s as if the game encourages deviation into short/medium range fire…but over-empowers enemies who will dominate as these ranges.

Moreover, controls are convoluted and occasionally completely non-responsive. Scaling obstacles, finding cover, moving through the range of prone positions all are at the mercy of a system that usually works…but too often doesn’t (again resulting in death). Apologies for the broken record, but the thrill of being a sniper includes stealthfully and tactfully traversing environments to avoid being spotted. Sniper Elite V2 Remastered  doesn’t allow for this.

Also, maps simply make no sense. Expect to rush toward yellow dots in roundabout ways, fighting environments, controls and enemy AI to advance. Thankfully checkpoints mark progress, otherwise I’d be left tossing my Switch across the room out of frustration and en masse.

At time of review, cooperative mode couldn’t conjure up any friends, competitive multiplayer but three. Thus, single player or bust, it appears. 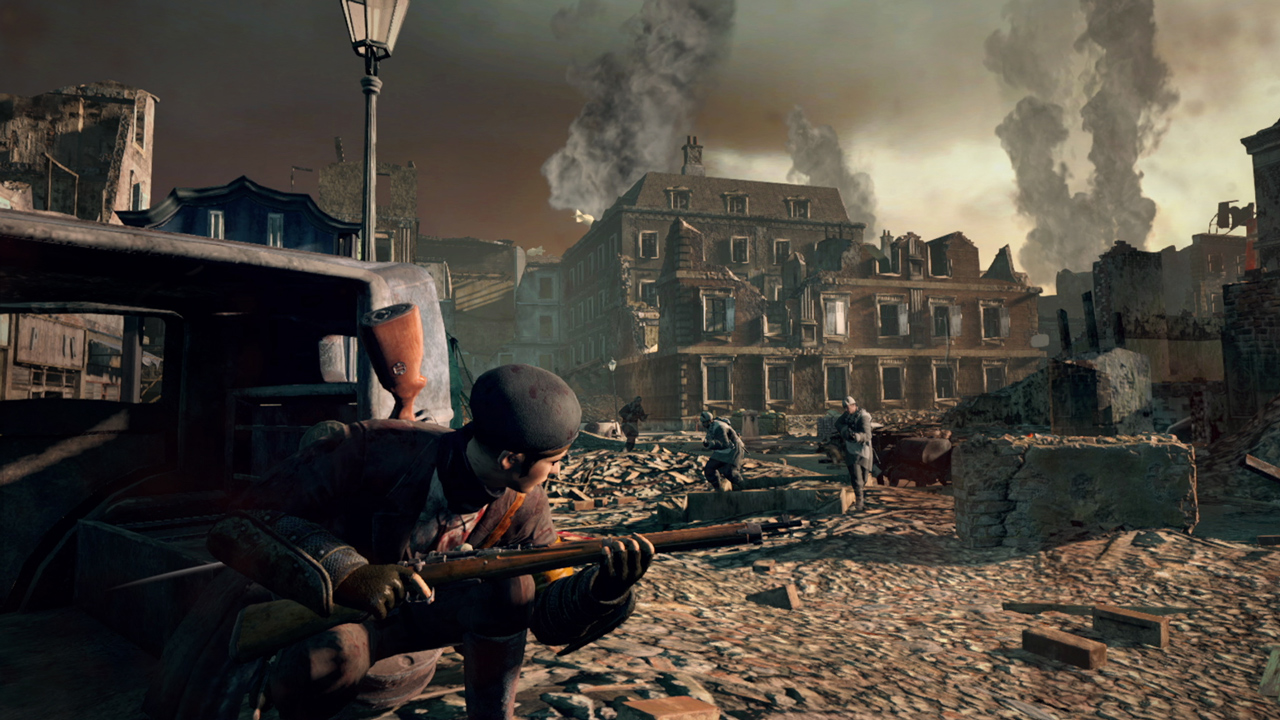 Final Thoughts: I suppose Sniper Elite V2 Remastered  would be a decent game if it didn’t feature successors so much better than it. I’m surprised Rebellion minimally invested in anything but window dressing for the re-release, as they had a lot to work with. Perhaps its biggest crime is the absurdly high price point on the Switch, one 3x that of Steam (at time of review).

Still and if you’re desperate for sniping on the go…then Sniper Elite V2 Remastered  is perhaps your only choice. Plus, it does feature all of the title’s DLC. I would, however, wait for a price drop and/or enter with lowered expectations.