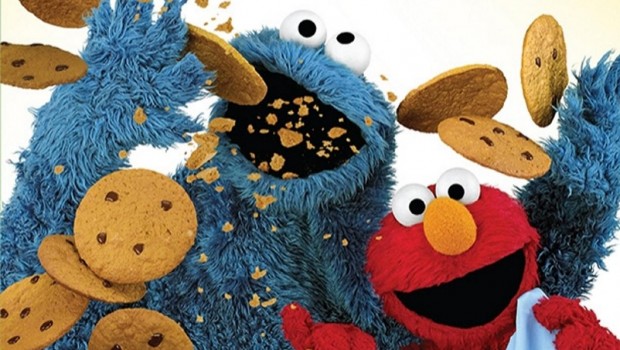 Summary: Join the Sesame Street gang as they teach the young ones good manners.

Most of us have grown up with Sesame Street playing some part in our lives, whether it was directly through our own viewing it as a child or through now having our children watch it (and possibly watching it ourselves through the odd glance as they sit transfixed). It is unquestionably an institution. One of the best things about Sesame Street is that there are little treats for the more grown up viewers to enjoy as well and this disc is no exception to that formula.

Essentially this is a compilation of segments from the series, focusing on the eponymous Monster Manners theme. We get to learn how to be patient and polite when we are faced with a tray of cookies, no prizes for guessing who the principle monster is there. We learn about manners when we get overly excited and pushy with the help of the “safety chickens”. Elmo shows up and helps us learn about sharing with the help of Zoe and Rocco (her pet rock). 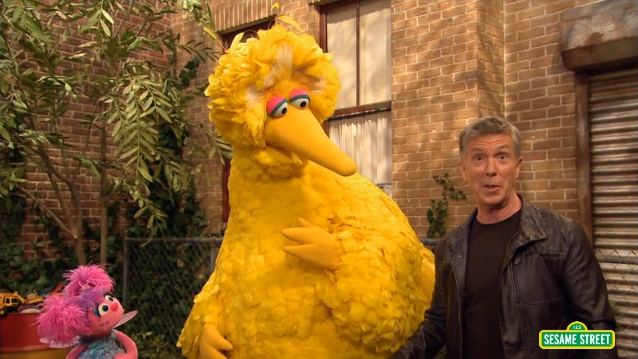 The disc is also scattered with cameos from people such as “How I met Your Mother”‘s Cobie Smulders and “Frasier”‘s David Hyde Pierce, or for the younger folk Zac Effron. These segments can often be quite humourous for the adults to watch as the interaction between stars and “monsters” can contain a bit of subtle fourth wall breaking.

Another thing that Sesame Street excels at is parodying pop culture, in Monster Manners that is done by way of the hidden camera show “Gotcha!”. Host Tom Bergeron pops up informing the residents that he has placed hidden cameras around Sesame Street and he is sure he will catch someone using bad manners. As we go from group to group Tom gets more and more frustrated as he finds that everyone is using manners leading to him exclaiming that he “should really watch the tapes first” before trying to claim he’s caught someone out.

What Sesame Street show wouldn’t be complete without a musical interlude… in this case we have a break from the sketches to learn about staying calm. To help us we are sung to by Common and Colby Caillat who teach us that when we get upset and we stop being ourselves to just put our hand on our belly and breathe. 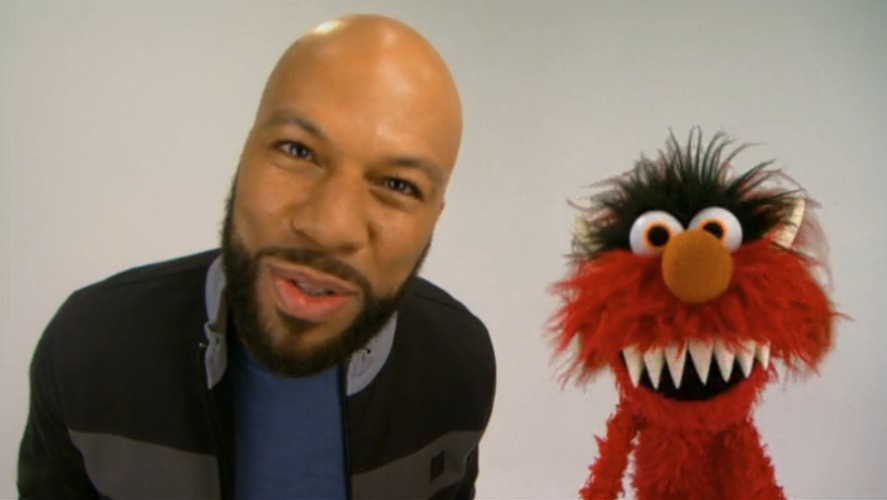 My children stayed seated and engaged for I think the first 15 minutes or so… then seemed to get distracted and want to do other things… I think this might have been more to do with their moods than the disc (they are 3yo and 5yo).

I personally got a lot of enjoyment out of one of the later segments featuring both Elmo and Zoe in which Zoe was making sure her pet rock Rocco got a turn on  the swing and then later got the cookie they wanted. The funniest part was watching Elmo get more and more annoyed at Zoe and Rocco and then finally blowing up at Zoe over Rocco stating he wasn’t even alive… to see a character that is normally so cheerful and positive to essentially have a melt down over an inanimate object is quite funny. 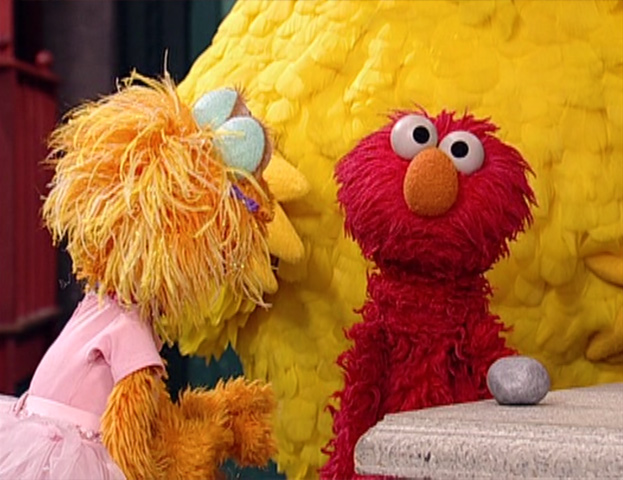 If the main feature doesn’t interest you or your young ones, they have also included and episode of Elmo’s World called “Helping”.

Over all a worthy addition to your child distraction collection (the main feature is over an hour). Fun for the children with some nice giggles for the grown ups as well.