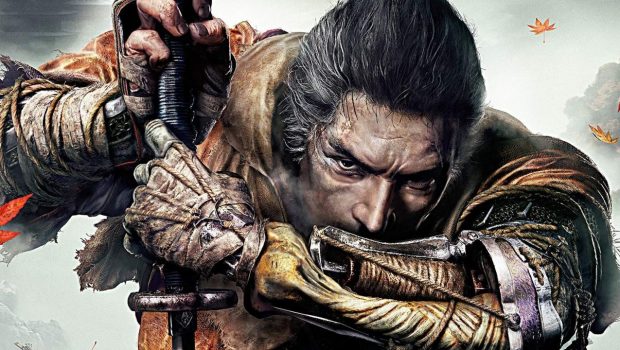 As a survivor of the lovecraftian horrors of Bloodborne and unspeakable hours spent in actually finishing the Souls series, it would be an understatement to say Sekiro: Shadows Die Twice is just as challenging and rewarding.

I still can’t quite articulate what it is about developer FromSoftware or the addictive magic they imbue into their games, but I always find myself coming back despite their extremely high difficulty – and the expectation to master its intricate combat systems and hand-crafted environments to succeed.

Sekiro is without a doubt defined by its difficulty and high-skill ceiling – but it’s most certainly an outstanding game in every other aspect. From the beautiful, multi-layered environments to the intense revenge story to its fast and frantic sword battles with outlandish enemies straight out of Japanese folktale, this isn’t a game to miss if you’re craving a high-quality action-adventure experience. 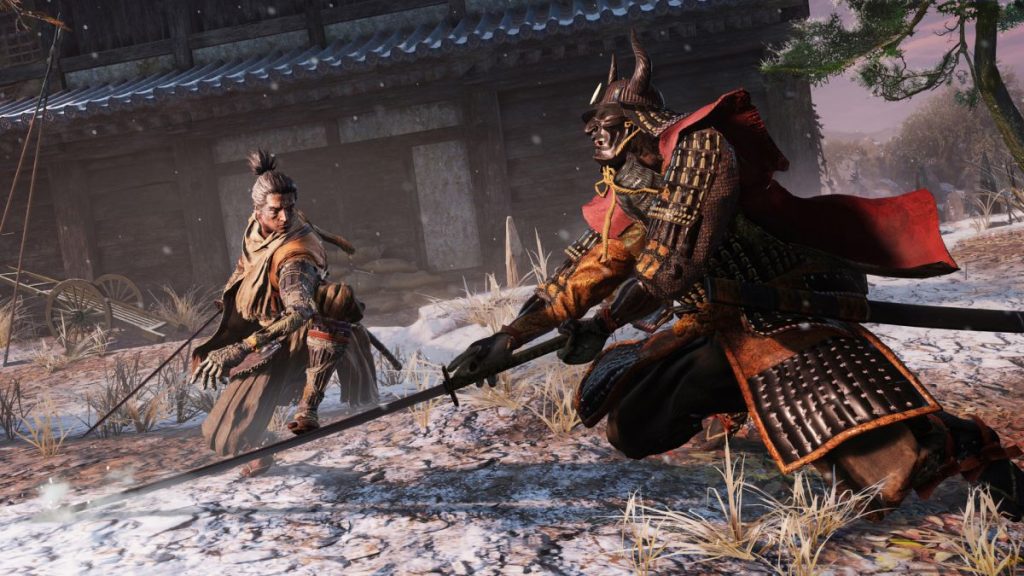 Sekiro: Shadows Die Twice puts more emphasis on its characters, storytelling and setting than past FromSoftware games in the Souls sub-genre, and it’s a big change I found to my liking. The game takes place in a reimagined historical backdrop of late 16th century Sengoku period Japan ruined by bloody wars, with an abundance of supernatural twists that pits players against gigantic creatures, otherworldly powers and monstrously vicious enemies alongside rank-and-file human samurai.

Crumbling kingdoms rocked by countless betrayals and plagued by the otherworldly undead is kind of a thing now when it comes to From Software games, but in no way is it any less intriguing (or frightening) here. The developer’s trademark world-building – cryptic inscriptions, bone-chilling dialogue, and shrieking horrors – are all in abundance here, with the added bonus of a great story.

Despite these fantasy (and horror) elements, the game’s main plot is quite grounded in classic samurai revenge story tropes. Players take the role of a shinobi named Wolf that fails to protect his young lord from the desperate machinations of a rival clan, and has his left-arm severed by the kidnapper. Awakening with a new prosthetic shaped by a mysterious shinobi known as the Sculptor, you’re let loose against the clan’s enemies to extract revenge with new-found powers. 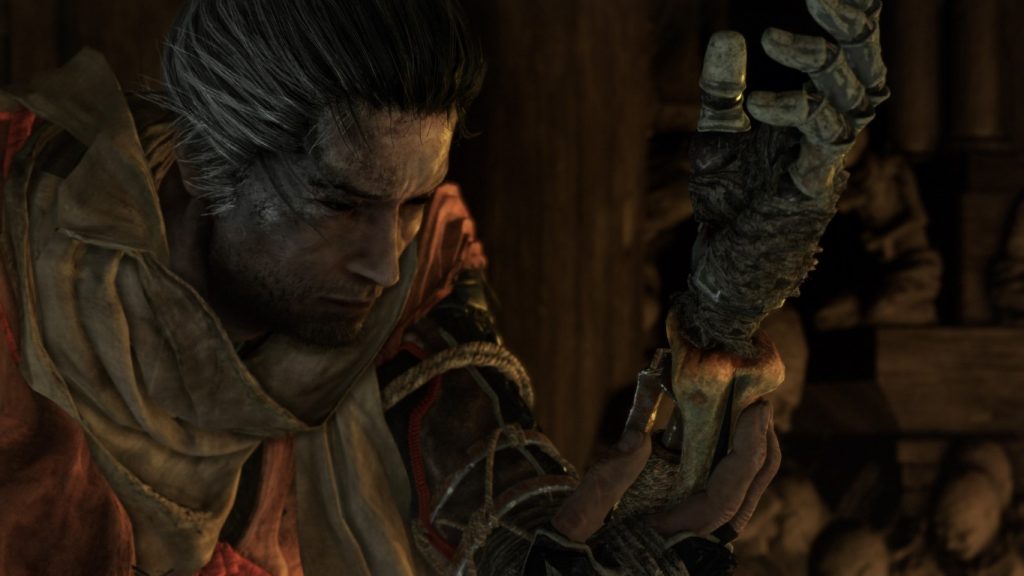 I found the defined protagonist and the lengthier story cutscenes and conversations in Sekiro well-acted and graphically engaging from start-to-finish. Whether it was his brooding talks with his mysterious allies or his violent clashes with foes, these scenes or interactions never overstayed their welcome. Everything moves at a brisk pace that keeps combat encounters flowing and the details easy to understand. While I still prefer the role-playing elements of Souls, it’s easy to see a lot of fans, both old and new, enjoy the straightforward narrative offered here.

For those unfamiliar with the From Software formula, Sekiro’s core gameplay is centered around fast and bloody sword-heavy combat systems played in the third-person perspective. You’ll be traversing the war-torn lands of Japan as a deadly shinobi, taking on waves of human enemies, untamed beasts and more supernatural foes with your katana and creative use of varying unlockable gadgets and consumable items. Each area is hand-crafted and filled with plenty of distractions in-between the bloodshed, including friendly NPCs, merchants and environmental storytelling. A grappling hook also lets you access hard-to-reach places and plan your attacks, with plenty of freedom given to approach battles stealthily or directly. Back and forth exploration is encouraged to discover hidden paths, rare items like upgrades for healing flask, Shinobi attachments for your prosthetic and idols to rest and fast travel, similar to Souls’ bonfires.

The flow of combat in Sekiro differs from its Souls predecessors in major ways – instead of depleting an enemy’s hitpoints, you’re breaking through their balance and poise, which is represented by a meter. Once broken, you perform a killing blow which silences them for good. Many foes can be dealt killing blows just by hammering them with strikes, but many more require careful parries, strategic dodging and very stealthy backstabs to put down for good. Fights are fast, frantic and heart-pumping; defeating foes feels stylish and well-earned. Most importantly, it rewards smarts over brute force. 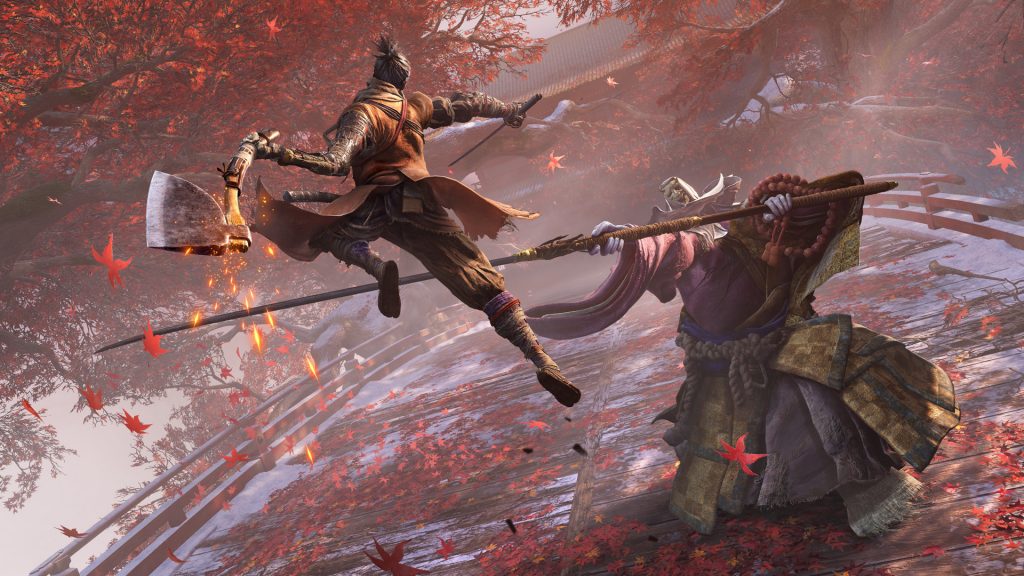 When you do die though, the consequences are dire. Half your XP and money is gone in an instant, as is your progress through the hordes of violent foes. Sekiro does make it easier for players with its resurrection system and random gift that sometimes prevents the player from losing anything upon death. There is an intriguing storyline consequence and quest chain that occurs when you die too much after resurrection which only adds more emphasis on smart play.

While most fights with the standard mobs of enemies can be sliced and diced through, many of the generals, supernatural creatures and final area bosses of Sekiro require a lot more tactical planning and outmanoeuvring to defeat. They also require more than one killing-blow, soif you attempt to assassinate them, you’ll still need to whittle their remaining poise meter down to finish the job. Both the highs and lows gained from these encounters are almost addictive to seek out again; losing half my XP to an opponent I had whittled down to one final blow was agonising, yet the slow crawl back to the arena where I beat him on the 20th time was both fun and satisfying.

On the topic of stealth: While the DNA and lineage of Tenchu is present, the quiet approach is unfortunately a hit or miss. Enemies are hyper-aggressive in Sekiro and are often easily able to spot your character, even after a few skill tree upgrades that improve your stealth abilities. Often times I was presented with no reliable way to evade their awareness and eventual detection, bringing down the entire area on my location in mere seconds. This problem is exacerbated by the fact the guaranteed one-hit kills from stealth are highly necessary to thin out the numbers – and due to the game’s already high difficulty (no easy mode in this game, boys and girls). 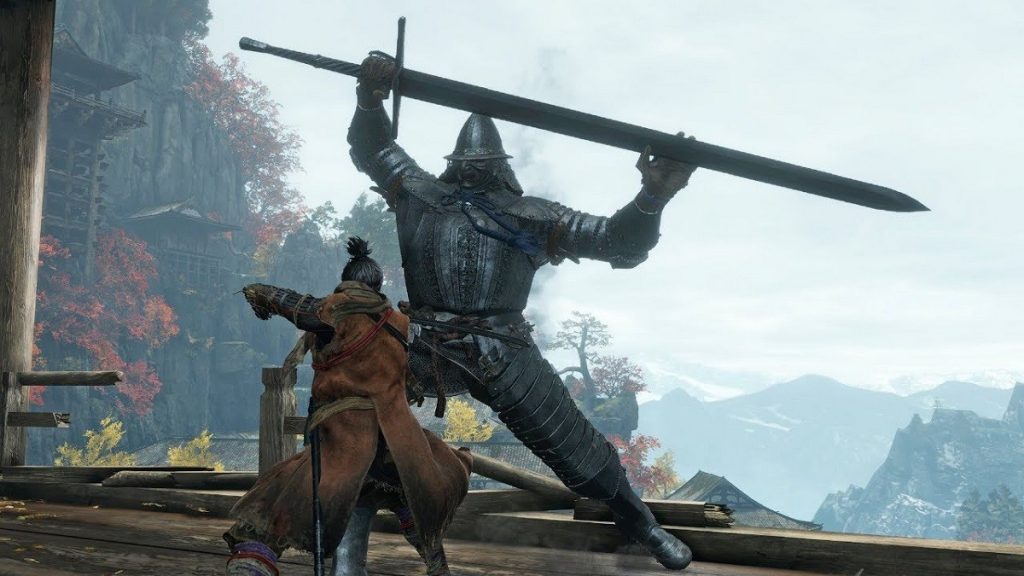 Perhaps the biggest change for returning fans to take note of is this is the first game that FromSoftware forces a single playstyle onto the player, rather than the many we could tailor around our preferences due to the customisation of the Souls series. Sekiro is all about reflexes and action, and progression is far more linear (you upgrade a set tree of skills, some attributes like health, and unlock secondary weapons and attachments for your arm) than a RPG. This isn’t necessarily a bad thing, but if you’re more inclined to, for example, play more defensively, you’ll struggle if don’t adapt to your Wolf’s strengths and rush things (which I tried) failure is common. Thankfully, the many shinobi prosthetic abilities provide a number of offensive options to master and mix up the gameplay.

In the graphics department, Sekiro is a visually impressive game bogged down by performance inconsistencies not unlike the developer’s previous release, Bloodborne. The game outputs at 1080/1800p resolution on PlayStation 4 and PlayStation 4 Pro respectively, with sharp image quality and amazingly detailed environments and character models that bring the fantasy 16th century Japan setting to life. The judder and unstable frame-rate somewhat dampen the immersion, with the PS4 Pro running unlocked and hovering well below the 60fps target. The base console is not much better with a lot of frame-pacing that is only noticeable due to the fast-paced nature of combat and demand on your reflexes for survival. It’s not a game-breaker and won’t be noticeable to all, but it’s something to consider if you were put off these problems in FormSoftware’s previous games.

Much has to be said about the sound design and voice acting in Sekiro: Shadows Die Twice. There’s some seriously haunting melodies and heart-pumping horror tracks to accompany your journey through the hostile game world, and the dual audio is great to have. Both the Japanese and English voice acting was on-point and I struggled to decide on which I preferred for my playthrough – I can see purists enjoying the captivating performance and authenticity afforded by the Japanese cast.

With Sekiro: Shadows Die Twice, From Software offers players another intricately crafted fantasy setting to explore and expand upon the addictive and rewarding combat systems they’re known for to offer a great mix of action, exploration, platforming and stealth gameplay. This is a difficult game that rewards patience and perseverance over brute force tactics, and an appreciation for the finer details in everything from the map design to the nuggets of lore in item descriptions to the vague but intriguing side stories that supplement the main revenge narrative.

Sekiro is far from perfect and won’t hit all the right notes for fans – lack of online multiplayer, the sidestepping of many staple RPG elements and some fiddly stealth sections – but in it, FromSoftware continues to offer players a truly challenging action-gameplay experience hard to find elsewhere.