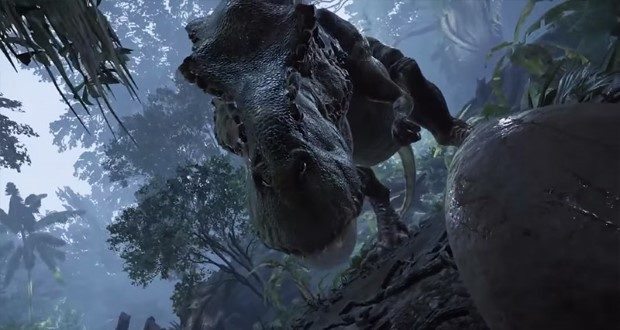 Summary: Robinson the Journey takes you on an alien adventure in glorious VR, however is hampered by some graphical textures

THE END OF A VOYAGE. THE START OF AN ADVENTURE.
Robinson the Journey is a modern sci-fi interpretation of the classic tale of Robin Crusoe meets Jurassic Park meets the new gaming medium of Virtual Reality. Developed by Crytec, Robinson the Journey follows a boy named Robin whose ship crashes on the planet of Tyson III that is inhabited by dinosaurs as he and his AI companion HIGS search for salvation. 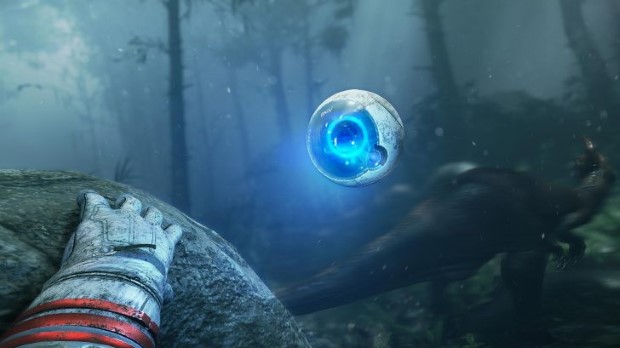 Key Features
At its core, Robinson the Journey is an exploration game set on the strange, wonderous and danger planet of of Tyson III and through the ‘eyes’ of the PlayStation VR, it’s like being on another planet that really creates a sense of wonder. So while Robin and HIGS have created their own secured compound, including a farm and pet T-Rex named Laika, it’s time to place the puzzles together in order to uncover what happened to the rest of the crew and how did your ship crash on Tyson III.
So as my childhood dream of having a pet T-Rex comes true, this little cool dude allows the player to both interact and give her orders in the gaming environment which is a cool feature as you explore this world. The last part of the player puzzle and as mentioned is HIGS, your AI companion who helps rebuild damaged equipment and finds additional information on your missing crew. Another thing with some of the exploration and puzzles is that some of these are not that clear so you may find yourself stumbling around before back tracking. 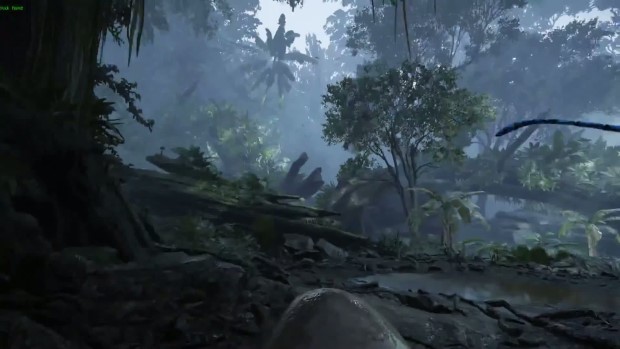 While exploring this world, your character Robin has one set pace which does make his journey a rather slow pace. Even when you face enemies, Robin still casually walks without a care in the world and only your technological advanced item that looks like something out of Star Trek or the PlayStation Move can support you in this area. This item is used to interact with the both the environment and the creatures that you encounter.
Controls are a combination of the head tracking of the VR headset and a real-world controller to adjust the camera and movement. As the game is not entirely flat, there are also parts that require you to climb which really gives you a sense of vertigo but the controls felt a little odd, especially using the headset. At present, this game does use the DualShock controller but apparently, Crytec are looking to implement the PlayStation Move controller which would make things far more enjoyable. Nonetheless it’s still a fun experience on the new PlayStation VR. 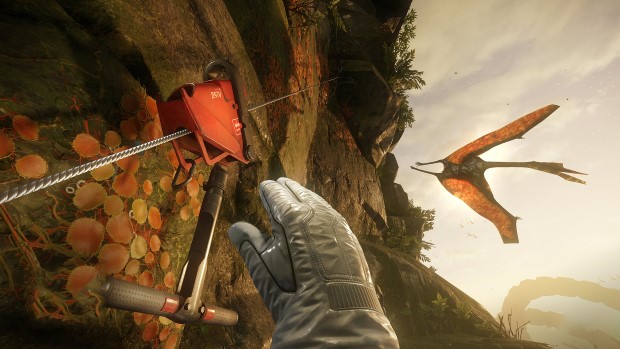 Graphics/Audio
Graphically, Robinson the Journey is a mixed bag on the PlayStation VR as the resolution seems lower than what we are familiar with you. Nonetheless, the environment is detailed in terms of this alien planet that Cryec have created but it would have been considerably more impressive if the texture details were higher in their quality. As this was reviewed on the standard PlayStation 4, it does make you wonder how this game plays out on the PS4 Pro.
Given that, the VR does help with the overall immersion factor from its alien landscapes, foliage and of course the dinosaurs. The dinosaurs look fantastic and you’ll see all the classic like Velociraptors and Tyrannosaurus Rex which look amazing in the realm of VR. Sound effects, audio and music also work well with the graphics and overall gameplay. 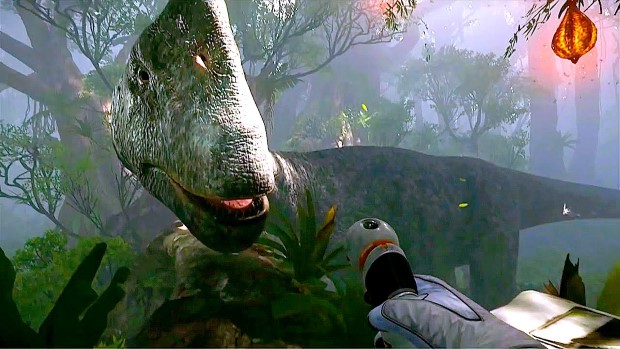 Final Thoughts?
Robinson the Journey is an interesting game on the PlayStation VR that successfully creates a virtual world, however it does have some limitations that includes the graphics, part of the gameplay and at times fiddly controls. So if you have push aside these limitations, the game does give you a sense of freedom and is a step in the right direction for the future of VR titles. Let’s just hope that developers can streamline the controls and more importantly, ensure that the players don’t need to dish out additional money for a PlayStation 4 Pro to upscale the graphics. 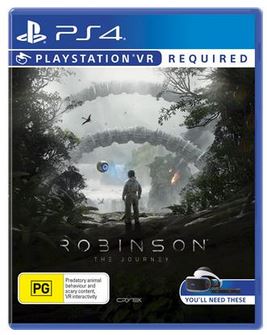