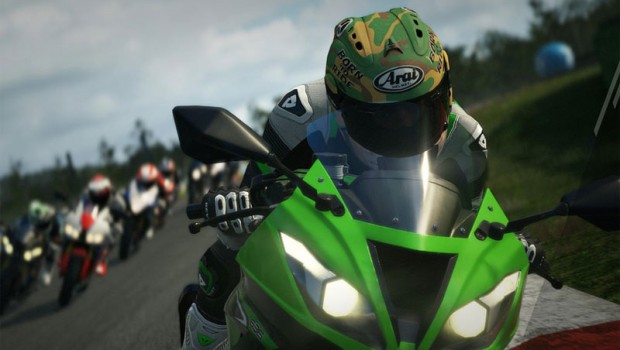 Summary: Ride plays the safe route when it comes to motorcycle racing on the PlayStation 4

Well presented on the PlayStation 4, Ride is the latest motorcycle game for this next-gen console which has some parallels to the car game Gran Turismo with a plethora of customisation options and gaming modes with to 16 riders. At its heart, Ride is basically a motorcycle racing simulation but with a touch of arcade fun to assist with the overall enjoyment factor. 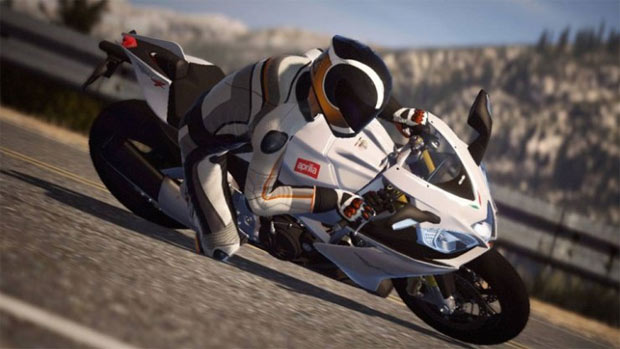 Although the title offers a variety of gaming modes, the main crux of Ride is found in World Tour and Championship and for that quick fix, you can jump into a single-race or for something a little more fun, endurance gives players the option of pitting two riders against each other as they attempt to beat each others speed times.

When it comes to bikes, Ride offers the player with over 100 motorcycles and by winning races, it allows the gamer to upgrade their rides and accessories. The game offers 15 tracks from around the globe that include street circuits to the Donington Park Racing Circuit in the United Kingdom. Developers Milestone S.r.l have also done a decent job at making the tracks quite different with their own distinct look and feel. 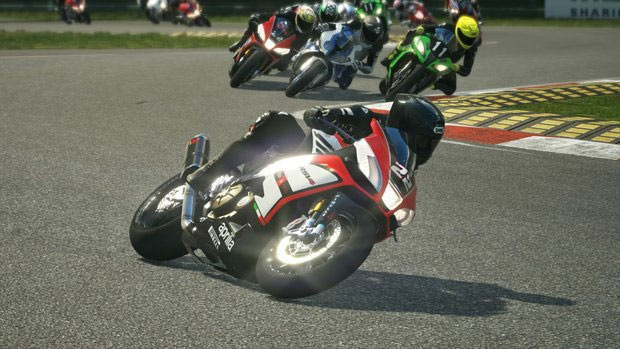 When it comes to racing, the bike physics of Ride is very realistic and the title definitely has a different feel to something like Need for Speed or Gran Turismo. However like most motorcycle games, racing on these tracks requires a careful balance of speed, cornering, timing and brakes which must all be used to successful win your races. Apart from a local mode up to 2-players, the game does support online of up to 12 players.

So while you win the virtual currency through racing and challenges, this allows you to purchase other bikes from Ducati or Yamaha to name a few of the real world bikes available to the gamer. For different bikes, you have your standard, classic and superbikes that must be unlocked and then bought to increase your chances of wining races. Besides “pimping” out your bike, you can even customise your rider which is pretty cool as you can change their gloves, helmets and even jeans. 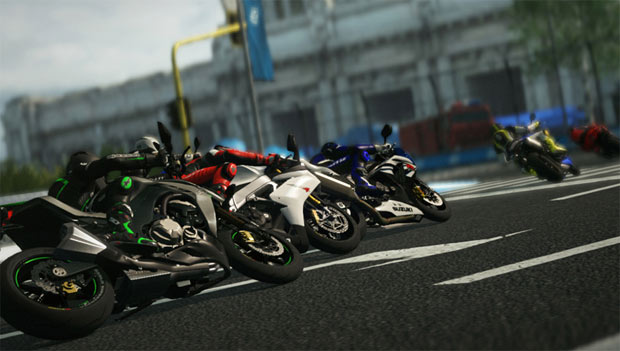 Each of these motorcycles also handles slightly differently than others, especially the superbikes at high speed. Thankfully the controls are well mapped on the Sony PlayStation DualShock 4 Controller and everything feels in the right place.  Another cool option is that if you do crash, you can rewind the last few seconds before the crash that definitely makes the game a little less frustrating to play. 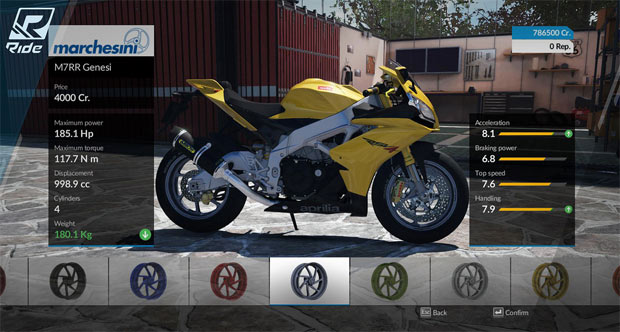 For those who have never played a motorcycle game before or if you are a little rusty, the game does offer a tiered difficulty level to select from. The AI in Ride is quite good, especially at the higher levels of difficulty, however for a true racing experience, online play allows you to go head to head with other gamers from around the world.

Overall, Ride is a sturdy motorcycle experience on the PlayStation 4 that does offer the motorbike franchise something a little different in terms of its challenges, drag racing and other classic gaming modes. Controls are good as is the gameplay but for a next-gen title, I was hoping a little something more memorable. This is not to say that Ride is a bad game but rather it plays the safe route well, without challenging the genre.

Graphically, Ride looks quite good on the PlayStation 4, although some elements look a little last generation as some of the tracks at times bland. Overall however, the game is nicely presented on the PlayStation 4 with its slick menus and realistic bike models that are perfectly rendered and interact flawlessly with the environment. My favourite tracks due to the great rendering of these environments was the French Riviera which almost looks photorealistic and Agentina’s Potrero de los Funes Circuit which has a real different look and feel to it.

Add in some good use of lighting and when you race, you can almost feel the wind against your rider which is what games are supposed to do, immerse you in the experience. The soundtrack of Ride has this modern feel to it and the sound effects really support the overall gameplay, especially the crashes and those sounds of the motorcycle engines revving at top speeds. 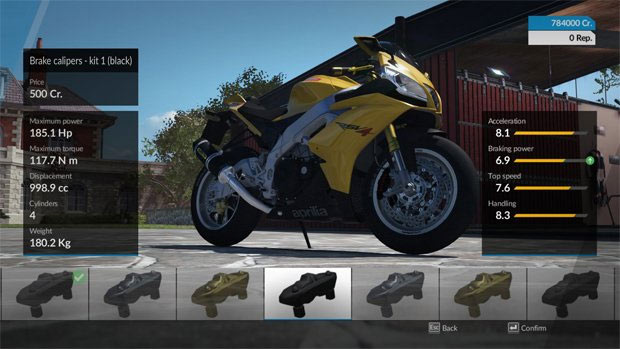 In conclusion Ride is good motorbike experience on the PlayStation 4 with some better than average gameplay, decent controls and some enjoyable racing. Graphically, it is a good looking game on the PS4 but some tracks do lack finesse but overall, the bikes handle well and Ride will definitely find a place amongst the hearts of virtual motorbike riders from around the world.