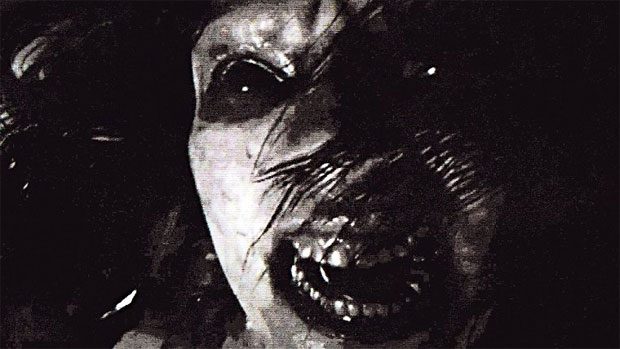 Hello fellow Impulse Gamers… Edwin Millheim here, United States Editor for Impulse Gamer… Bravo to Capcom for having the faith in VR technology to make a “triple A” title that the consumer can play in a standard game mode or all the way through in Virtual Reality. That being said and adding my comments to our review on Resident Evil 7 Biohazard about the Virtual Reality experience, so here we go! 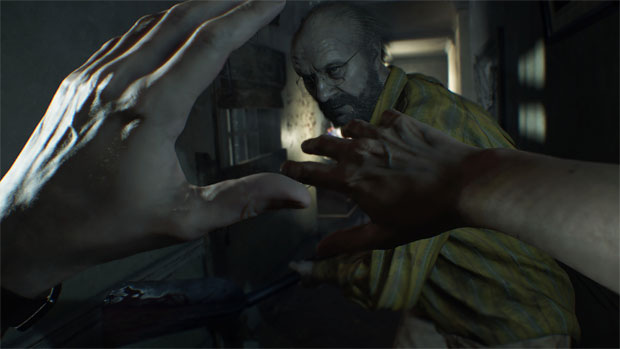 Resident Evil 7: Biohazard sees the game franchise returning more to its survival horror roots and interestingly enough, is also the first of the series to be all in the first person perspective. On top of that it is fully playable in the Virtual Reality mode for the PlayStation 4. The game is set in 2017 around four years after the events that took place in Resident Evil 6 with this current title taking place in Louisiana in the United States.

Players take on the role of Ethan Winters who is on the search for his missing wife, Mia. Now after some three years Ethan gets word that she is alive and she wants him to come and get her. Sounds simply right? Well… if you’ve played a Resident Evil game before, nothing is never simple in this horror gaming series. 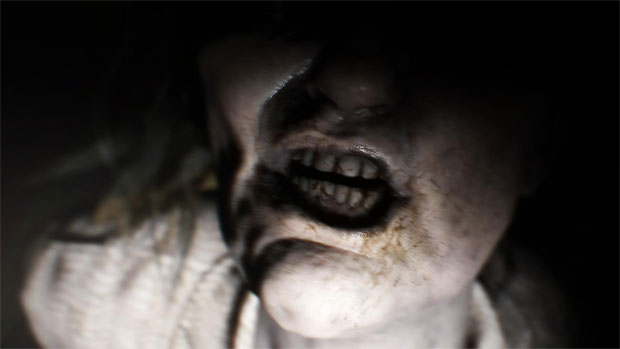 So let’s talk about the experience on the PlayStation VR… Resident Evil 7: Biohazard in VR is a creepy nail biting ride. You actually get that feeling that you ARE and the trepidation you feel is ramped up to a nerve wracking experience.  The dread of wondering what is around the next corner is prevalent as you play in VR but this does come at a cost.

Resident Evil 7: Biohazard is best taken in short intervals in Virtual Reality mode, even with all of the excellent well-thought out VR comfort options that Capcom have implemented. From a wire frame orientation box around which aids in your orientation in the gaming world (this can be turned on and off) to tweaking the walking speed and even turning speed. If you do get sick playing VR games, these tweaks can make the experience more enjoyable.

However one of the greatest aids to keep down the motion sickness is a sort of focus that takes place when you are moving fast forward. The world kind of grays out a bit and you are forced to focus ahead. This in itself is an excellent option to keep the queasiness down because it keeps your focus more central, opposed to the freedom that is available. 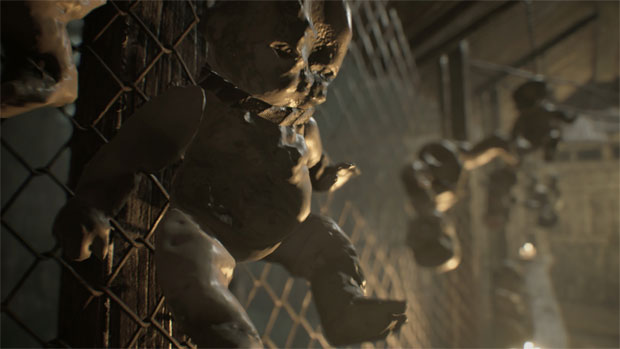 There are still some effects to playing in Virtual Reality that frankly I do not see a way around and one of these is eye strain. While this does not necessarily effect everyone the same way, there is no way around some of the physical effects since we are physiologically the same. For example, depth of field or simulation in VR fools the brain into what the eyes are experiencing while our other senses do not match up.

As a result (and not for all), this causes some eye strain and possible headaches, nausea and even coordination issues in some. For long sessions, the brain may actually have to take time to re acclimatize itself to actual reality again which can be a little disturbing.  Now, this may not be as noticeable on everyone and in the same way, but it is there and I’m sure one day, VR will be a very pleasant experience. Furthermore, the best thing for VR gaming is to game responsibly, especially with the dawn of this new technology. 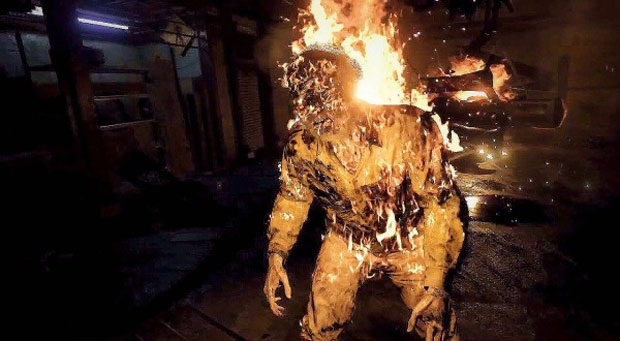 Visually Resident Evil 7: Biohazard take a bit of a dip in graphics in Virtual Reality Mode. Not by much and mostly I notice this in outside areas which are more detailed in the non-VR version. Colors and environments come off in a soft fuzziness and are not as sharp as parts of the interior locations. I tend to feel this was again more of a design choice for comfort in VR mode than anything else and does seem to be a slight pattern on the PlayStation VR. 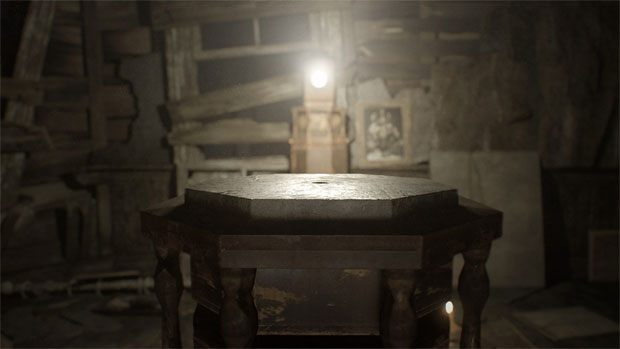 Resident Evil 7: Biohazard delivers the horror goods, especially for that you are there feeling as cold shivers race through your body. I jumped out of my skin more than once playing this game in VR and that’s where Capcom have succeeded. So if you think its visuals look creepy on the normal mode, just try playing it in its mind numbing VR mode.