Summary: Capcom has succeed in creating yet another impressive remake with Resident Evil 3. While not as good as the original game or even the previous remake, it still offers fans an entertaining experience.

After the successful launch of the highly beloved Resident Evil 2 Remake, Capcom dared to dream again by giving fans exactly what they wanted. While it isn’t as good or even nearly as impactful as the earlier remake was, Resident Evil 3 still nearly hit all the marks. Nearly.

Resident Evil 3 takes place both before and after the events of Resident Evil 2. It follows Jill Valentine, an RPD officer under the S.T.A.R.S. division, as she tries to escape the city that has caused most to turn to zombies as a result of the T-Virus. The escape will not be easy however, as a bioweapon named Nemesis will try to stop her by any means necessary. Jill is then forced to join a group of U.B.C.S. troops in order to achieve her goal.

Resident Evil 3 has turned out to be quite a duality for me. When going through it, I noted so many of the game’s amazing eye-catching features, such as the fantastic visuals and smooth animations. Capcom’s done an excellent job with the RE Engine yet again. The game also played quite consistently, as I never had any issues running it whatsoever. It also succeeded in giving me that nostalgic effect of playing through the original games, primarily through the opening scenes of the game where Jill goes through a horde of zombies in streets of Raccoon City. 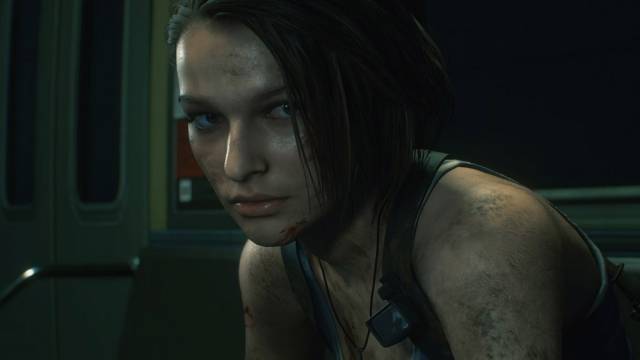 This time however, there’s also a lot of difference between this and the original. For one, Jill is attacked in her crumbling apartment and isn’t even given a chance to hit the town before being introduced to our friend the Nemesis in the most explosive manner possible. Another notable difference is Jill’s new design.

She looks quite different from her original look sporting shorts instead of her famous miniskirt. She’s also a lot more sarcastic and irritable now, which I appreciated as anybody stuck in the same situation she’s in would be.  Upon reaching The streets of Raccoon City, I noticed how many things have changed. The streets have lost the claustrophobic nature it once had in exchange for a more open, glowing, and lived in town.

However, all these differences don’t hinder the experience. What does, is the amount of content that’s been cut from the original such as some scenes and even an encounter with the Nemesis in the Police Station being replaced by Carlos’s section; which you should know, is quite short itself and emphasizes more on action than survival. 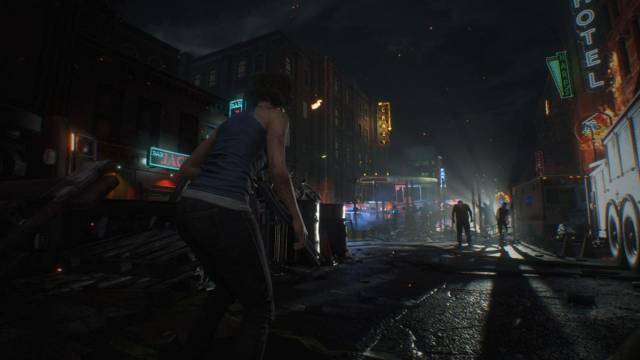 Puzzles have also been significantly reduced, leaving behind some petty challenges. Throughout my playthrough, I only encountered two, which is a shame as the original had better puzzle solving. Another thing that’s missed is the branching sections, which gave players the ability to choose what they wanted to do in a given situation and offered more replayability as well. This was also cut off, making the entire experience seem like one giant speed run as the game pushes you through sections in quick succession, making it all seem rushed and hollow.

Then we have the enemies, which in Resident Evil 3, can be quite a nuisance. The game will often throw dozens of zombies along your path as well as some other creatures such as the hunter beta and gamma. While they can be annoying to deal with, I can at least appreciate how well they are designed. 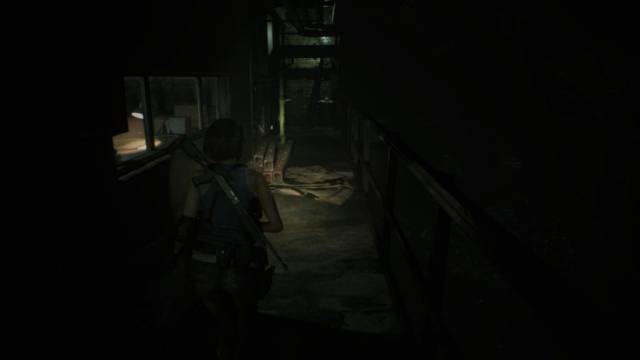 Among the creatures you’ll deal with, is the Nemesis who is even more annoying than the previous game’s tyrant, Mr. X. While Mr. X could easily be evaded, Nemesis is no pushover. He will chase you relentlessly and will give you a headache in every encounter, which still makes him my all-time favorite enemy in a Resident Evil game.

It’s just too bad they left him only to scripted moments unlike in the original, where he would chase you anywhere were. This time however, You’ll only encounter the Nemesis at specific points in the game, which dulls an otherwise intelligent foe.

Production-wise, I’ll say again that Resident Evil 3 remake is a beautiful game. The visuals are impeccable. The sound design is realistic, and the voice acting is immensely appreciated, especially to fans of the original in which these factors were zero to none. While The remake is an excellent way to play the game, it might necessarily not be the best way. 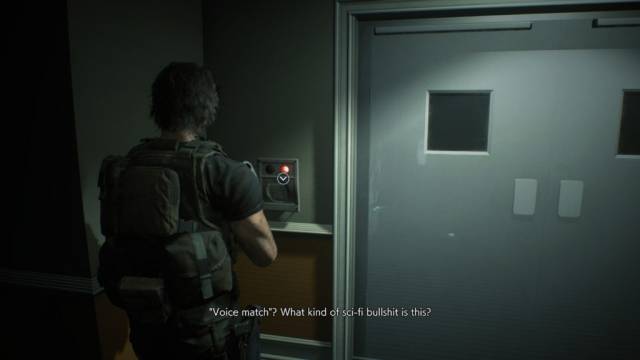 In all honesty, the amount of cut content prevents the game from being the superior version. Absences like the puzzles, the Boutique, and even the R.P.D. section for Jill, coupled with the short amount of time it’ll take to beat the game, loses its replicability factor for me.

While the game offers you things to look forward to after beating the game, such as a bunch of unlockable weapons and items, it still doesn’t feel enough compared to the original that had a bunch of extra modes such as the Mercenary Mode, to keep players busy. All these absences might feel a bit jarring to fans of the original Resident Evil 3. 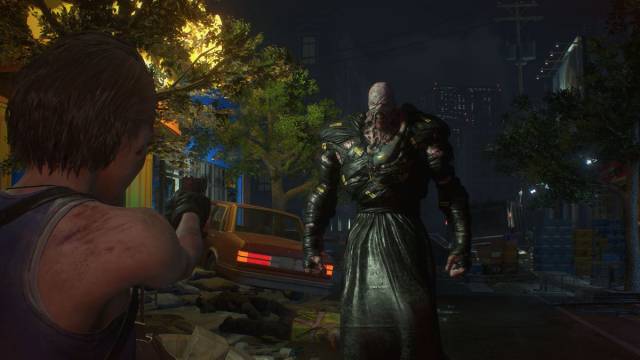 At the core, Resident Evil 3 remake is a good game. It plays smoothly and is immensely entertaining. Aside from the fact that the game is sorely lacking in content compared to the original or even the previous Resident Evil 2 remake, I still advise fans of the games, especially Resident Evil 3, to try it out as its quite a refreshing take on the original and feels close enough to home.

If you aren’t a Resident Evil fan, however, I advise you to stay away and save the 60 dollars. If you’d like a more modern introduction to the series, I’d recommend the objectively better Resident Evil 2 remake. All in all, I had fun with my playthrough of the game, which is what matters.