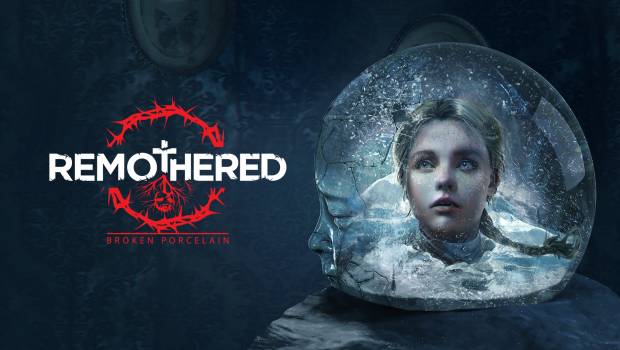 Summary: Remothered: Broken Porcelain's many issues hold it back from being a proper playable experience, let alone the quality game it could have been.

Remothered: Broken Porcelain is the new sequel to the 2018 survival horror game, Remothered: Tormented Fathers. Much like its predecessor, the game includes the usual survival horror elements fans of the genre will appreciate, such as its multiple stalkers, environmental puzzles, and chilling atmosphere. It’s just too bad the game also includes far too many flaws that cannot be overlooked. 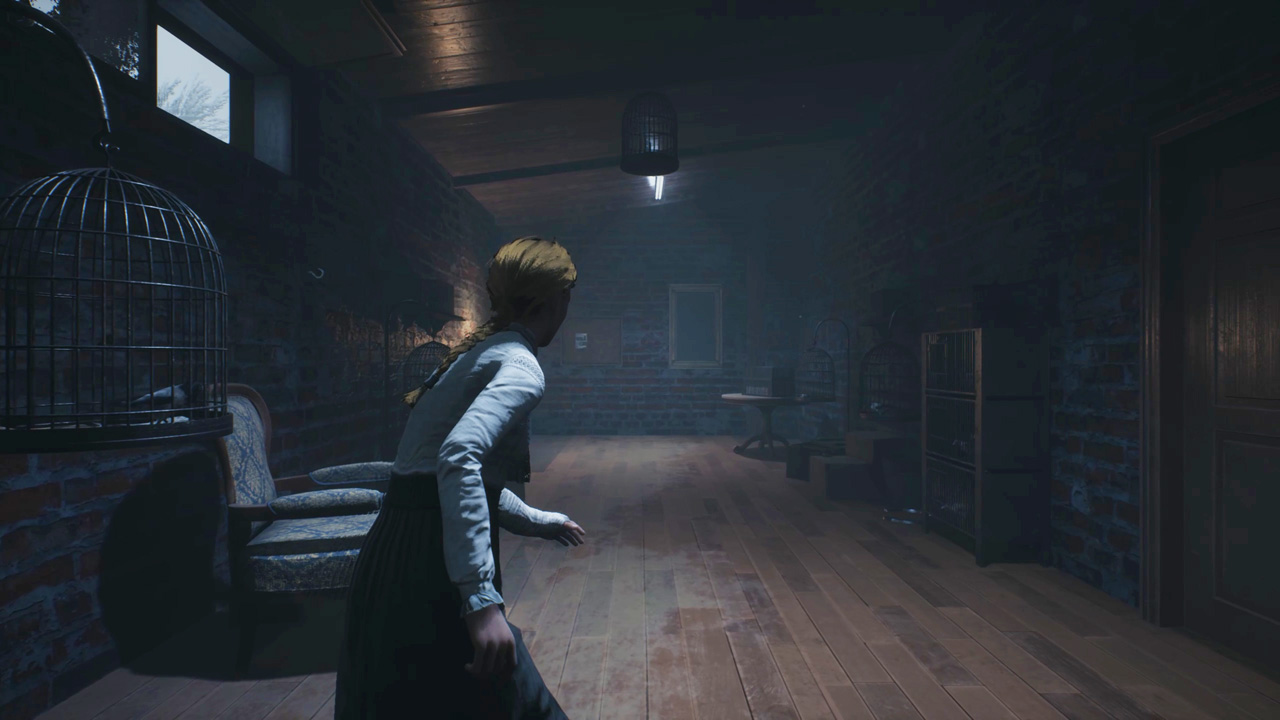 Remothered: Broken Porcelain takes place in the unsettling Ashman Inn, where a troubled, rebellious teenage girl named Jennifer is sent to work as a maid after being expelled from an all-girls boarding school.  However, strange things start to happen not long after arriving, and she is hunted by several malicious stalkers. To survive in Broken Porcelain, you’ll always have to be on your toes to avoid the unwanted attention of said stalkers by running and hiding from them. When not trying to avoid a grisly death, players will also have to solve a variety of environmental clue-based puzzles to unlock further parts of the game. Some of these puzzles are simple enough and, at times, even clever, while other times they can be quite baffling and tedious.

Players can also arm themselves should they come face to face with the stalkers that hunt them by picking up and crafting a variety of household items. Some designed for distraction while others for attacking and escaping the enemy. Sadly, while all the proper survival horror elements are present in the game, they aren’t nearly as optimized as you would hope. For one, the game is filled to the brim with awful, game-breaking glitches that sour the experience and severely break the immersion, which is horrible enough for a normal game let alone a survival horror game. 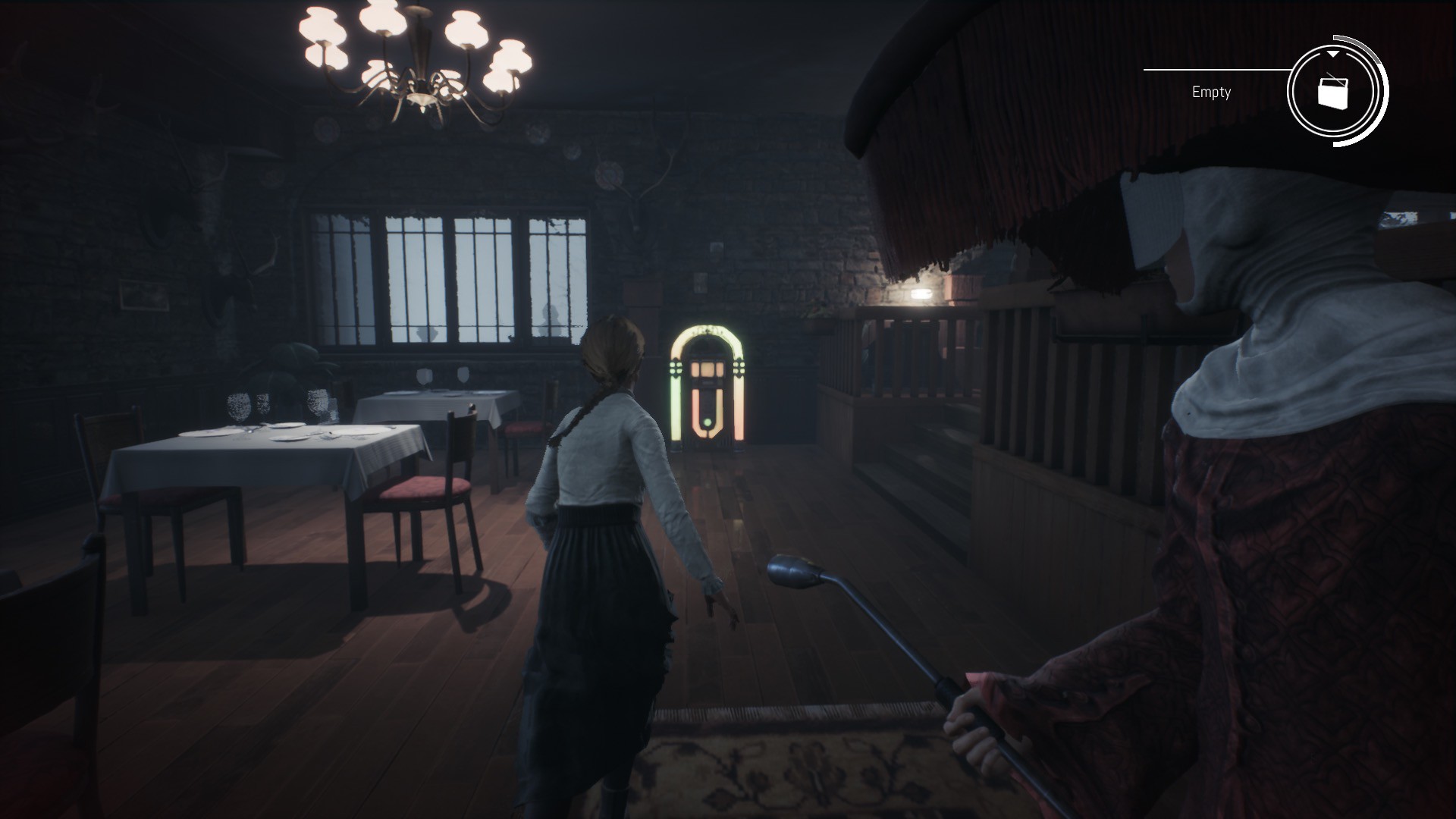 Few of the game’s glitches include enemies oddly attacking you without actually hitting you, character models often clipping between walls, enemies appearing behind you from out of nowhere, and while the game’s visuals aren’t half bad, they are badly optimized for cut scenes with severe visible glitches on the model’s faces. Unfortunately, these are just some of the usual glitches you’ll encounter in Broken Porcelain. The worst part is the actual game-breaking glitches that prevent you from progressing.

By chapter two of the game, I had already encountered one of such glitches when a character, for some strange reason, would just stand in a doorway, preventing me from moving on. This issue also couldn’t be solved by restarting from an autosave, so I was forced to manually load and start over from an earlier save point to continue. All these unfortunate bugs only succeed at making the game more frustrating than unnerving. Also, perhaps as a result of the game’s many faults, it also fails to provide a proper fright aside from a few jump scares here and there.

Story-wise, the game starts by showing players a rundown of what happened in the previous game. It then switches to Jennifer to explain how she came to be a maid in the Ashman Inn as well as her mysterious past and why she’s being targeted. Players can also get a sense of the series’ lore by reading multiple newspaper articles scattered around the Inn, among other clues. The strange thing about the story is that not only does it continue the events of the previous game, it also frequently jumps between different timelines in the plot, which can easily confuse a lot of players, especially those new to the series.

Despite the mess that is Remothered: Broken Porcelain, the game still has some positive qualities. Such as its clean, highly detailed visuals, its foreboding atmosphere, and its high-quality sound design. I also really like Jen as a character, especially her interactions and relationship with her co-maid Lindsey. Other than that, I enjoyed some parts of the story when it was actually easy to follow.

I genuinely wanted to love Broken Porcelain, but sadly the game’s many, many issues hold it back from being a proper playable experience, let alone the quality game it could have been.