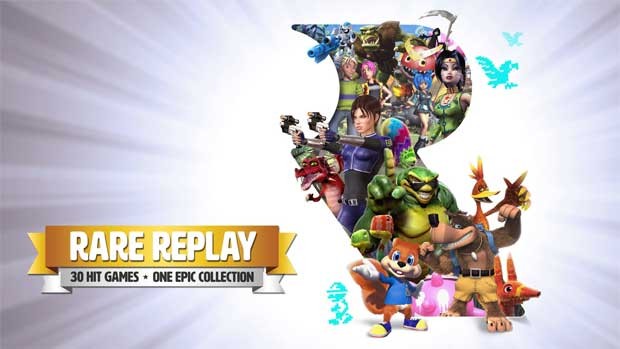 Summary: In the end, Rare Replay is a true celebration of gaming that collects 30 classic titles on the XBox One console

Celebrating its 30th anniversary, Rare bring the XBox One gamer a plethora of classic titles from their massive library that includes games such as Banjo-Kazooie Nuts & Bolts, Cobra Triangle Perfect Dark and Digger T.Rock which is an amazing assortment of classics. Best of all, these 30 games give gamers over 700 hours (probably more) of gameplay at just under $50AUD (August 2015) from the amazing back catalogue of Rare. 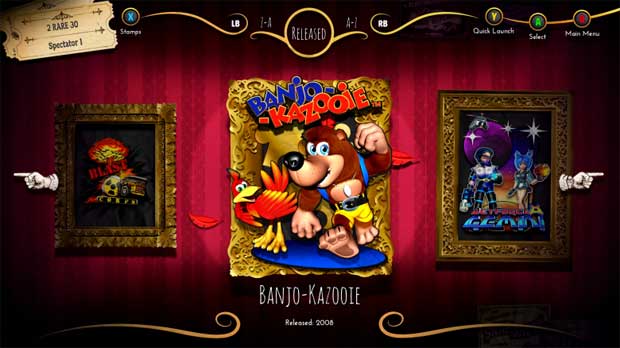 So with all the gaming love in this release, it was a true walk down gaming memory lane as I revisited these fun titles on the XBox One that had me grinning from ear to ear. However, there are a few classic titles included in this release that have unfortunately dated a little poorly in terms of gameplay but for the majority fans will love having this collection available on their next-gen console. 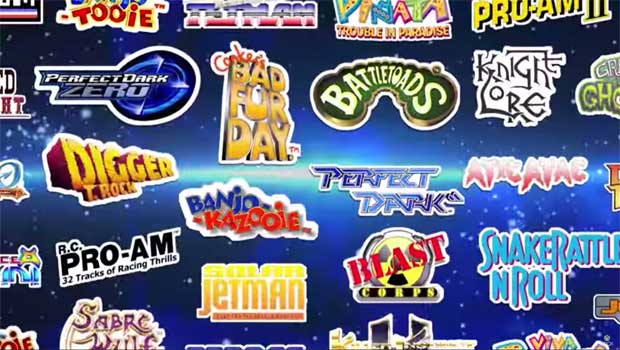 Arcade games such as Banjo Kazooie: Nuts & Bolts and Conker’s Bad Fur Day which were both XBox 360 games still hold up very well today, however the first person shooters such as Perfect Dark and Perfect Dark Zero look and play quite dated. I’m sorry to the fans but for me, I didn’t enjoy revisiting these two titles. Another great game included is Kameo: Elements of Power and Viva Piñata: Trouble in Paradise which are just as fun all these years later and both the graphics and gameplay are still exceptional on the XBox One console. 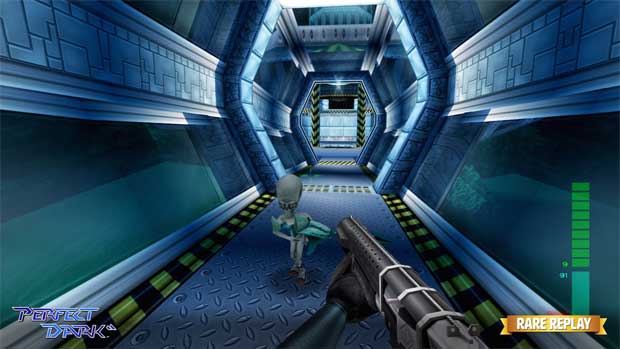 I also enjoyed some of the older arcade games like Jetpac, Cobra Triangle, Digger T. Rock and Battletoads which may not have the graphics of today’s next-gen consoles but the gameplay is still there and boy was it fun to play these titles again. Controls can also be a tad problematic (We’re looking at you Jet Force Gemini) but for the majority of games, they have remapped the control schematics quite well on the XBox One controller. 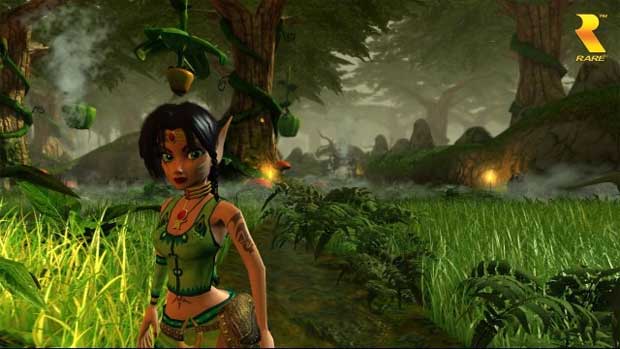 Furthermore, some of the newer games in Rare Replay can be quite slow to load and given that these titles are running on an emulator, it is understandable but I for one wished some of the loading was quicker. However when you see games like Killer Instinct Gold or Grabbed by the Ghoulies, it just makes the entire experience even more enjoyable and considering that I grew up in this era, I had a blast testing all 30 titles of Rare Replay. The title even contains a challenge system which basically gives the player a set amount of levels per game to complete which is a great little snapshot which is also what it’s called! 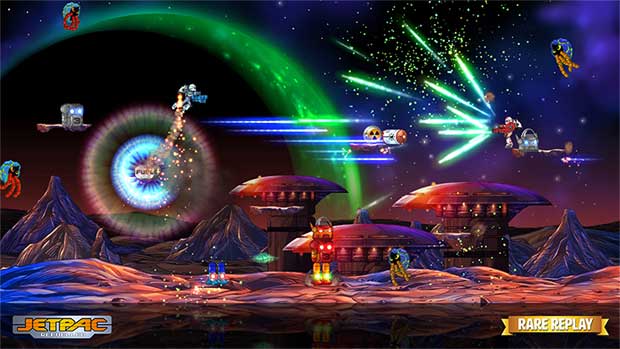 Another interesting part of this collection is that nine of the titles can be played directly from your XBox One game library, whereas the others must be played directly from the Rare Replay application. We tested this game via digital and once installed, these 30 games took up around 50GB of hard drive space. Then you the save feature and unlike some of the original titles which did not allow you to save, those older games allow you to save so you can easily come back at any time in order to finish the title. Sure, purists may be annoyed but hell… I love my save function! 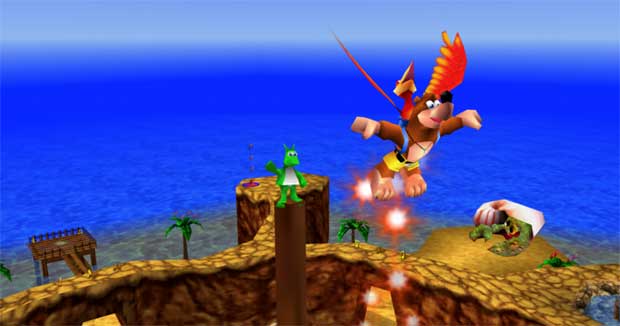 To compliment this release and as a bonus, you can even access some of the content from the original manuals of the games plus archival footage which is a great behind the scenes of the company Rare and game development in general. Adding to the longevity are stamps and when you complete certain challenges and game milestones, players are awarded stamps which allows you to unlock additional video footage. Needless to say, the replay value of Rare Replay is amazing! 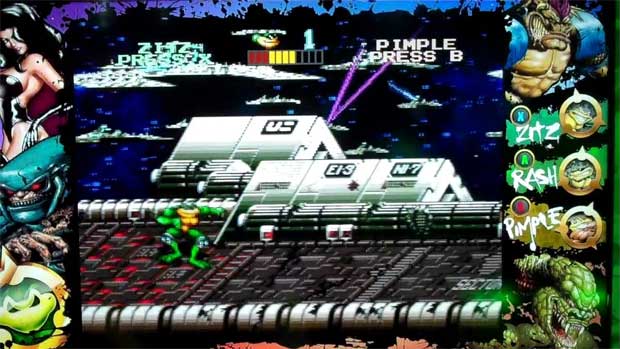 Although some of Rare’s truly classic games like Goldeneye and Diddy Kong Racing are missing from this collection (Nintendo anyone?), both Rare and Microsoft have still paid homage to their great back catalogue such as Banjo Kazooie, Jetpac and Killer Instinct which are all still quite playable and enjoyable today. Sure, they are missing that next-gen look and sometimes gameplay but overall, it’s a great blast from the past that truly showcases the diverse history of Rare with 30 titles.

In the end, Rare Replay is a true celebration of gaming! 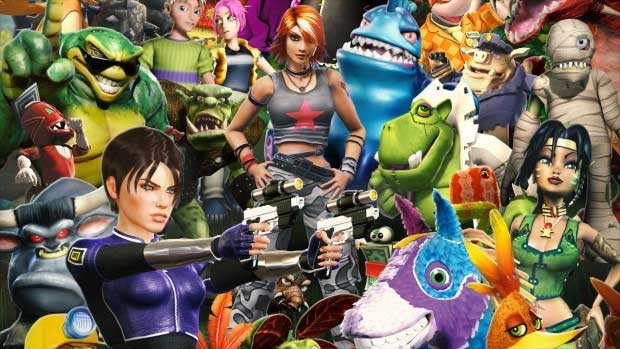 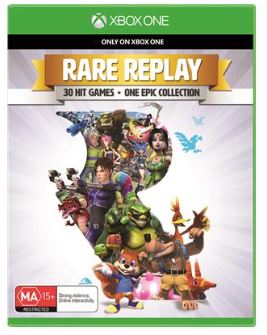