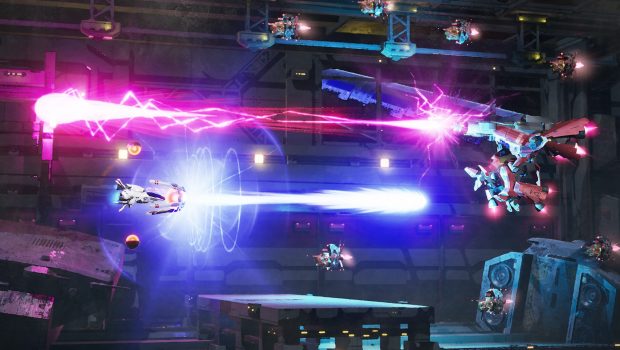 Summary: While a nice homage to R-Type fans, the game struggles mightily in actual execution.

As a big fan of the R-Type series, R-Type Final 2 – to put it simply – is just not ‘fun.’ The game looks and plays like an homage versus standalone title, with so many fundamental flaws as to render its nostalgia factor almost irrelevant.

This is a travesty, as R-Type famous for requiring dazzling displays of ship dancing to avoid bullet barrages, some of which spectacular to behold when executed to perfection. In contrast, the real estate issue in R-Type Final 2 makes bullet barrages into irritants versus exciting challenges to overcome. Why? In R-Type Final 2, it’s a constant coinflip on whether poor level design cheaply kills you by colliding with enemies or environment…or the bullet barrages that level design forces ships into. Cuphead this is not. 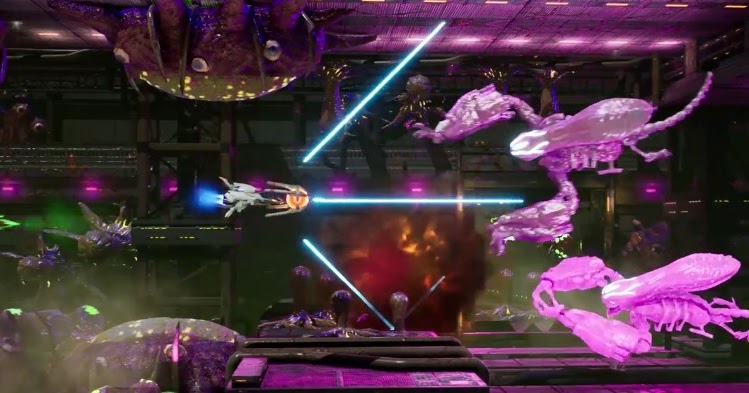 In tandem, R-Type Final 2’s questionable collision detection – an absolute no-no for one hit and done titles – means it never quite clear when a bigger projectile/environmental factor will actually make contact with the ship. Thus, and what should be awesome battles with bigger baddies devolves into guesswork on needed timing and movements.

Finally, the game’s ineffective (albeit solid in concept) ship speed selection dynamic simply cannot overcome the above foibles. A faster ship can’t fully compensate for enemies and projectiles that demand a particular place on the screen that – sans proper powerups – will always result in death. Every death pushes ships back to checkpoints, an odd decision when respawning in place a SHMUP mainstay.

All of the above is such an absolute shame as there so many killer ships and weapons to unlock. Granzella clearly spent a lot of time in providing a robust R-Type Final 2 presentation, with a plethora of gameplay and visual encyclopedia content at one’s disposal. Also, R-Type Final 2 features oodles of ship and pilot customization options for the tinkering sort. Third, R-Type Final 2 looks and sounds like a modern R-Type…meaning, throwback but updated 3-D visuals and lighting effects, also strong sound effects and music. 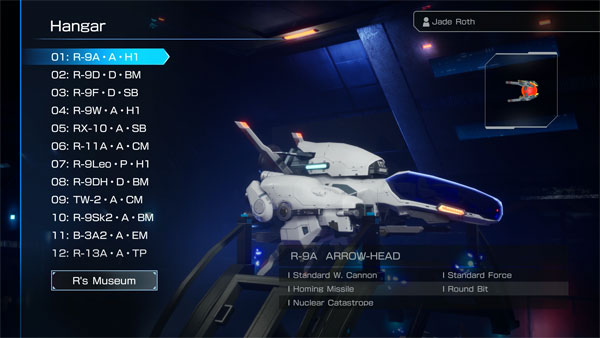 Combined and in putting it bluntly, R-Type Final 2 plays, well, like a Kickstarter campaign. It’s a game funded by fans of the series, and the title clearly embraces the R-Type brand and well. Sadly, not enough time was spent on actual execution of this concept. Example: the peculiar black screen, several second wait between death and checkpoint restart. Also the poor lighting in cut and customization screens, making it difficult to literally see what is going on.

With its sizable shortcomings, it’s sadly difficult to recommend R-Type Final 2 to fans of the series, even more so for those new to it. I’d honestly recommend the original R-Type over this one if side scrolling space shooter nostalgia is a want. The former is a blast (pun intended) to play, and so over-the-top that it will bring a smile to a SHMUP fan’s face. R-Type Final 2 – in contrast – is a literal battle of slogging through poor level design and collision detection within uninspired enemies and backdrops.

R-Type Final 2 is sadly the classic example of form over substance. On paper, it provides fans of the beloved R-Type series what they would want in a modern sequel. In reality, it is simply an unenjoyable, below average title with little allure to wade through it.