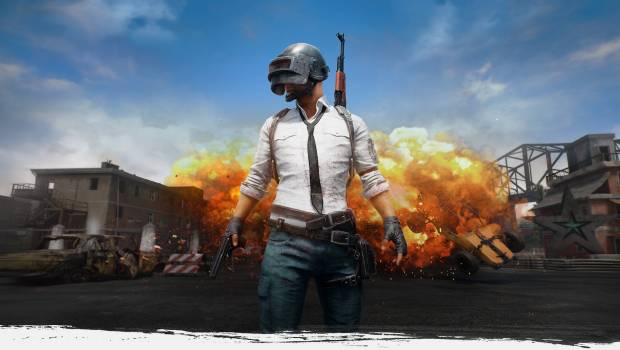 Loot, kill, survive. The only rules to follow in PUBG, a deserted open world island where you start off with just the clothes on your back, or, no clothes if you choose to be practically naked, which is an option.

The aim is simple, yet effective. You’re dropped in, with no gear, salvage what you can and survive till as long as you can, or until the end if you’re good enough. Sounds easy right? I bet you’re thinking you can find somewhere cozy and hide away until the numbers run down right? Well, to make things interesting and to force eventual confrontations between players there’s a mechanic that shrinks the safe area of the map, gifting damage over time to anyone outside of this safe zone, eventually if they can’t make it to a safe zone before their HP reaches 0, that’s it, game over. 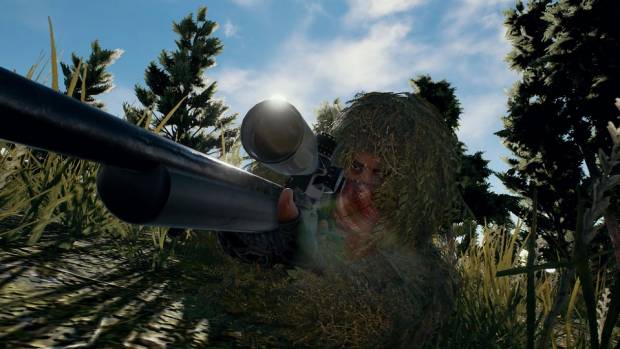 The game made it’s debut on Steam’s early access as a beta, it’s still currently in that format with changes and updates being made frequently, it debuted successfully and it remains current and popular on the PC format. The game has since recently been released on Xbox One via the Xbox Preview category and many had hoped it would be equally as good, unfortunately however the game suffers from poor rendering and fps issues, at best it seems to manage an average of about 22-25fps with a cap at 30 (22 seems to be the average from Xbox One while I’ve been getting report of X-One X managing an average of 25) this coupled with input lag and sub-par graphics makes for a difficult intro into each match, buildings at times fail to load for several minutes giving some people a head start and can lead to an early exit from the match.

When the game runs smoothly however, the game comes close to its PC counterpart, with tense engagements and never knowing what buildings might have been looted and may already be hiding some well equipped players makes for some fun intense gameplay, even when I’d found some decent gear and reserved myself to hiding as best I could until I needed to proceed to the next safe zone, or deeper into it, I found myself on edge, just waiting for sounds of gunfire to signal a player’s general direction. 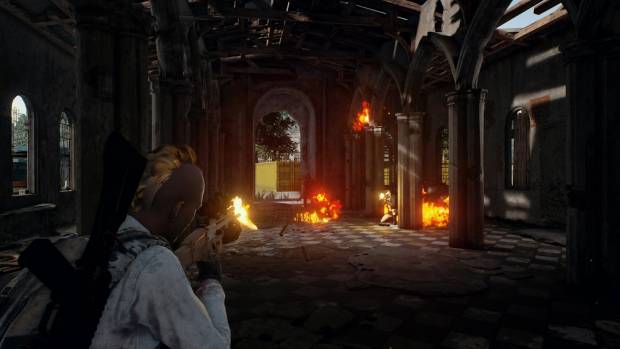 The game’s audio is as generic as it needs to be, being the type of game it is, in game music is unnecessary and is thankfully not apparent, menu music is bland and tasteless, however no one is going to critique a soundtrack to a game that needs none, so it really doesn’t lose point over music. The sounds of gunfire though have a unique crack as they echo out in the open field that is unlike most shooters, it has a sense of realism that is immersive and almost real.

I found hearing the crack of a rifle only heightened the intensity and suspense as I would frantically search for the source whilst going to ground. Explosions though, leave a lot to be desired, generic, bland and incredibly poor coming through my speakers I found them to be more annoying than anything else, one thing I will give points for though is the sheer loudness of planes or mortar fire, it was instrumental in a few of my best sneak kills as it covered the sound of my gunfire and made me practically silent as I attempted to take people out from a distance.

Graphically though, as mentioned above, the game runs on a very low render and graphical quality. When the game is running smoothly everything looks well enough like they’re supposed to, textures are accurate despite low texture quality, grass looks like grass, trees look like trees. But during the first few moments in a new lobby and at times during high player activity things can get buggy, houses become piles of grey slop, trees are some low poly original Playstation stick trees topped with green clouds and the grass doesn’t even register, just a brown camouflage pattern of dirt and ground. Sometimes during input lag I’d find myself getting stuck in the floor, or walking through walls only to be shot or punched to death the minute the frame rate caught up to me. 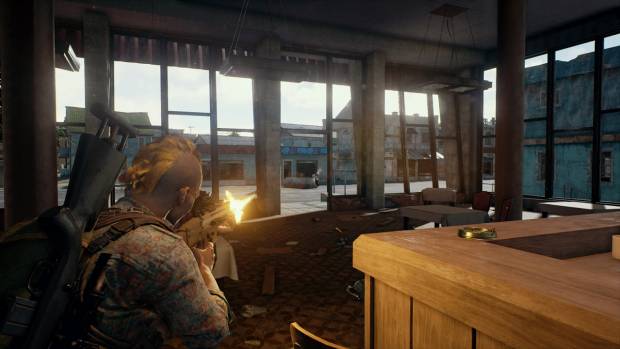 Conclusively the game is fun and addictive when running smoothly, I can find myself wasting many hours on relatively even level combat knowing that everyone starting out, starts as barren and defenseless as I. A stable frame rate would to wonders to improve the quality of gameplay as many gamers I know share my opinion of smooth gameplay is better than high end graphics, at the moment though, PUBG on Xbox One isn’t providing either.

The games dev team have done some great things like eliminating bad spawns by allowing the player to choose where they start, balanced gameplay that favors the bold, but still gives the cautious a fighting chance. Unfortunately however at the current build stage, these pros are overlooked by the inability to use them in the best way. It almost feels like the game has taken a step back in its playability with the console release and with a $40 dollar price tag there just enough content, let alone stable content to warrant the cost. I wish the dev team all the best and hope these issues can be patched or balanced soon as they’ve made a simple yet great game.