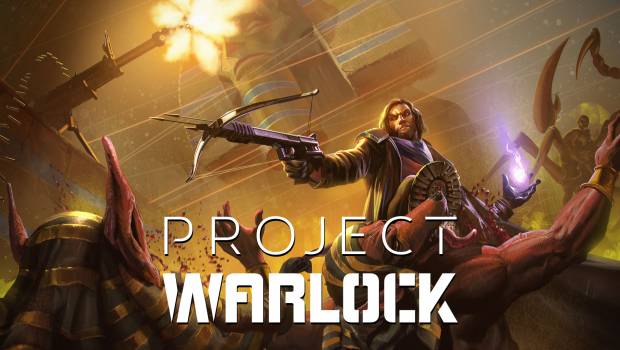 Summary: Project Warlock is a respectable and enjoyable Doom clone. While it has some balancing issues to work out, it's still a must-have for fans of the retro FPS genre.

From developer Buckshot Software comes Project Warlock, a high octane heavily pixelated retro FPS game similar to entries such as Doom, Quake, and Hexen that’s sure to induce nostalgia in many gamers. Like those titles, Project Warlock offers players nostalgic art and background designs, as well as its incredible soundtrack. Not to mention its brutal difficulty which is a staple of games like these.

Project Warlock starts like any other game in its genre. You boot it up and choose your difficulty level with varying degrees of challenge from a casual mode with unlimited lives to a tough as nails mode with Permadeath. The game also includes all the hallmarks from its inspirations, such as 2D sprites, a vast arsenal of weapons, multiple waves of demonic enemies, and even some secret rooms sprinkled here and there.

Earlier on the game provides players with three weapons. A standard axe for close range attacks, a staff used for ranged attacks which uses up magic instead of ammo, and a handy knife which isn’t as effective as the other weapons but can be used to get out tight spots and as a bonus, can also be thrown at enemies from a medium range.

In addition to his ever-growing roster of firearms, the titular warlock also has a handy set of spells at his disposal. All of which vary in use from a spell used for illuminating the areas around him to spells used to inflict some much-deserved pain on demonic foes. One of which is the spell storm Rage, which is basically an orb of lightning used to fling powerful bolts of electricity at enemies. 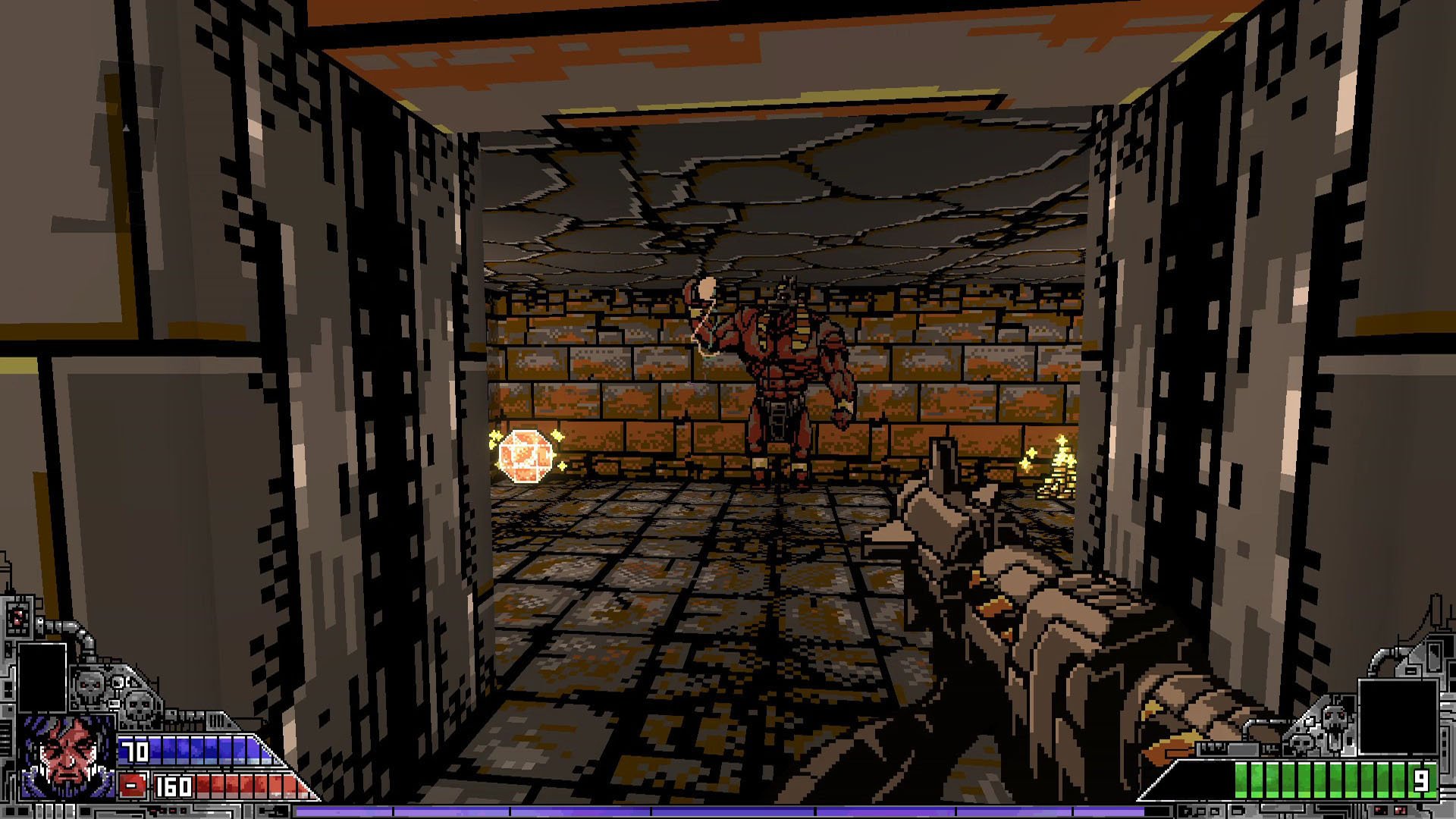 Later on however, you start to see more advanced weaponry like a simple pistol which does an adequate amount of damage at medium range. Its ammo is also littered around the place but only because you’ll be needing all of it to use on the waves of demons the game throws at you.

Then there’s a super shotgun which does an incredible amount of damage but at the cost of more bullets and a crossbow used to pierce enemies from afar. You’ll also find a submachine gun that will make you feel like a badass gunning through demons in quick succession. Most of the fun in the game begins once you find these weapons, and some might take some time to encounter.

All these weapons can be upgraded in cool ways that increase not only the damage you’ll deal but also the fun you’ll be having slaying demons. Other than weapons, players can also upgrade their stats. This is your usual leveling system which includes health, physical damage, speed, and so on.

Players can upgrade their stats by picking up all the star-shaped treasure around levels that serves as experience points. However, I found this system to be a bit strange and slow, as finding these pickups can be an ordeal.

Nevertheless, the upgrade systems offer players different ways to play. You can focus on defense and health to tank all damage or focus on magic and become a formidable warlock.

In terms of level design, Project Warlock consists of five worlds with twelve levels each. All of which are generally short and fast-paced. While these levels are often fun, they can also be confusing to navigate with their almost maze-like structure. It doesn’t help that the mini map provided in the top left corner of the screen is next to useless as it doesn’t show enough information to warrant its existence. 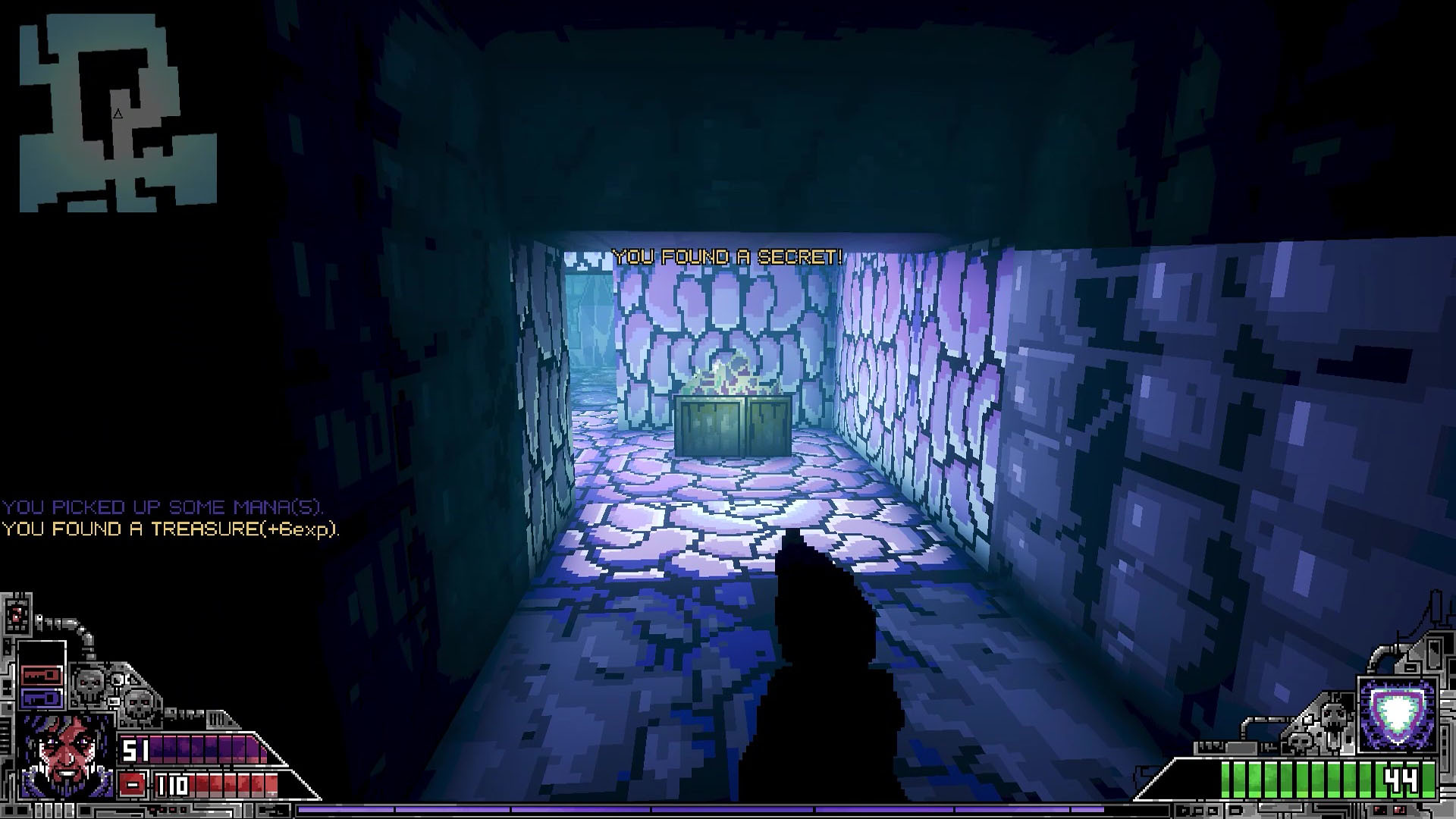 The most annoying thing about Project Warlock, however, is its many balancing issues. Granted, this might be dependent on the player, but regardless, some levels vary drastically in terms of difficulty. One minute you’re slaying some demons here and there the next minute you tossed into a tiny room with dozens of higher level enemies. Unfortunately, the bosses also suffer from this. Some can be way too easy while others induce more stress than necessary.

Despite all that, Project Warlock still does an excellent job of not wasting the player’s time similar to the 90s retro FPS we’re used to. Right from the start, the game doesn’t prompt any tutorials, just some weapons, and some demons to kill, making it feel like a proper Doom clone. To support this is its stellar Rockin soundtrack and art design that bears a resemblance to classic Minecraft.  All in all, Project Warlock is a respectable and enjoyable Doom clone. While it has some balancing issues to work out, it’s still a must-have for fans of the retro FPS genre.