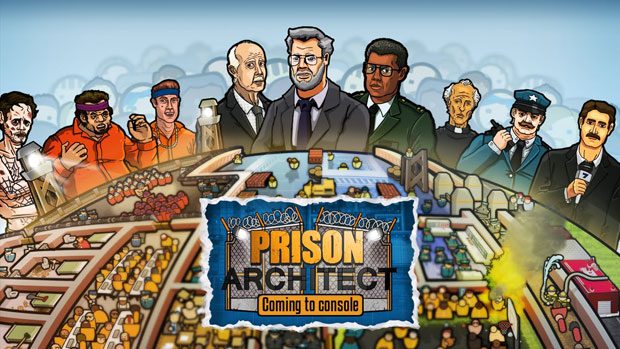 Summary: Prison Architect is a surprisingly addictive game at times with minimal longevity

Welcome to Prison Architect, a game where you can be the warden of the most brutal supermax or that of a relaxed rehabilitation centre. The story is basically just a tutorial on learning the game’s controls and how to manage certain aspect of the prison so there’s really not a lot to mention. It does feature a short story about a husband that murders his cheating wife and the man involved which turns out to be a mob boss’s son who get incarcerated when linked to a stash of drugs found at the scene of his son’s death and so on, the story of which lays out a problem the player must fix in order for the safe running of their chosen style of facility. 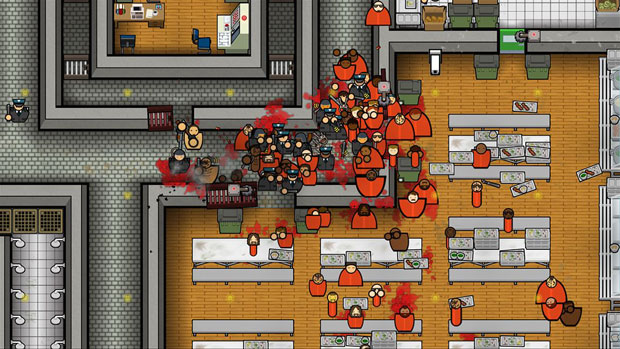 The game presents you with small tasks to complete like how to build and maintain parts of your prison by making you build rooms and providing them with power and water and so on, it teaches you how to hire and use staff to perform tasks such as building or patrolling right down to doctors and psychiatrists, then it basically gives you full reign to build your own, from small rehab centre to a massive supermax facility. The game is a little tricky for someone like myself who doesn’t really specialize in crafting games like this, but is surprisingly fun and addictive, though it is time consuming, when you finally get that first load of prisoners in it feels good to test your design out and either laugh as it fails or celebrate as it triumphs. It’s not a game for just anyone, but even someone like me can get some decent fun out of it. 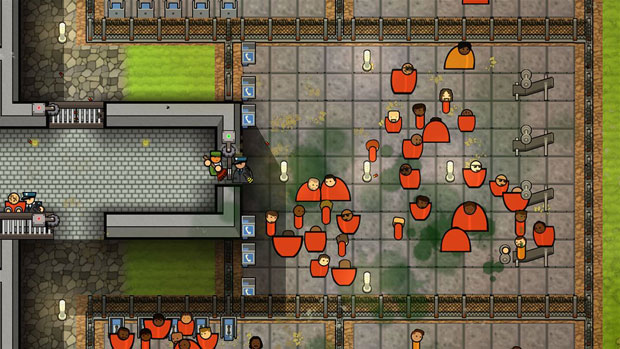 The game has an interesting soundtrack that probably doesn’t quite fit the game too well and it literally has not audio dialogue so there’s very little in the way of sound to review, you get the generic 2D crafting sound effects which are amusing however and do contribute to the game’s humour a little, the gameplay itself is immersive enough that you can sink hours into the game without realising it, though the menus can be a little tiresome to navigate as you have to open a close them to remove a misplaced item or constantly scroll through all the many different items and topics you can choose from.

The character design is very flat and bland and yet in a way almost comical in the sense the game isn’t trying to be anything other than what it is, an arcade style crafting game that basically lets you punish the wicked and salvage those that can be rehabilitated, the game manages to play on a little realism with small things, like workers won’t do any work if there are unguarded prisoners nearby and most prison facilities wont function without walls around the entire facility despite the fact that no civilians other than employees can even be on premises until you have a visitors centre, these additions make the game a little more enjoyable. 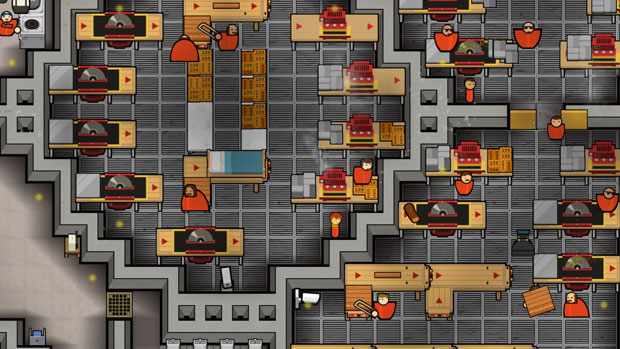 In conclusion, the game definitely suits one who loves crafting games, though as a beginner in the field this game works well as it’s fairly user friendly and small enough in scale you won’t get lost in it, strangely addictive at times yet not enough to steal you away from the big names in terms of longevity. An obvious improvement would be the simplify the menus for smoother navigation and perhaps a chronicles style story beyond the initial tutorial levels. It’s worth a buy simply for the space between games it seems to fill but it suffers in longevity. A mediocre game at best. 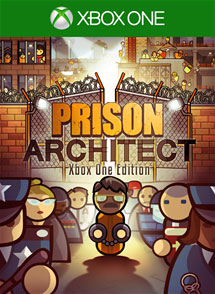