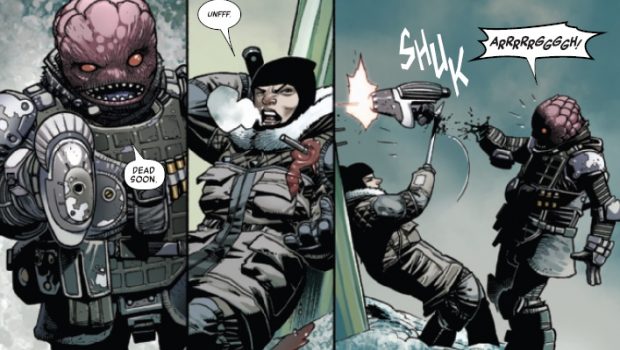 Summary: While this may be a good series eventually it seems like they are still setting up the story. They seem to have one or two issues with Aliens or Predator themed stories every time like this.

After crashing on an ice planet, Theta has slim hope for survival and is trying to make for an outpost that she hopes people are working at. A chance encounter with some raiders helps her chances but upon reaching the outpost it seems someone has gotten there first.

This reminded me of one of the Alien stories as they all seem to have the same set up where people end up in the situation where they are fighting the xenomorphs or the Predator is hunting them. This one seems to be taking more time as the Predator does not turn up until right near the end.

There is the promise of action coming up in this series but this one seems to be more setting up the story. I don’t know what the first part was but it must have been whatever lead to the crash.

Another one where it might be better if you get the collected edition so you can read it in larger parts if you are interested in the story.

It is by no means the worst thing I have seen with Predator in it, but after the recent prequel Prey (2022) anything else in the same setting is going to have to do more work for people to notice it. 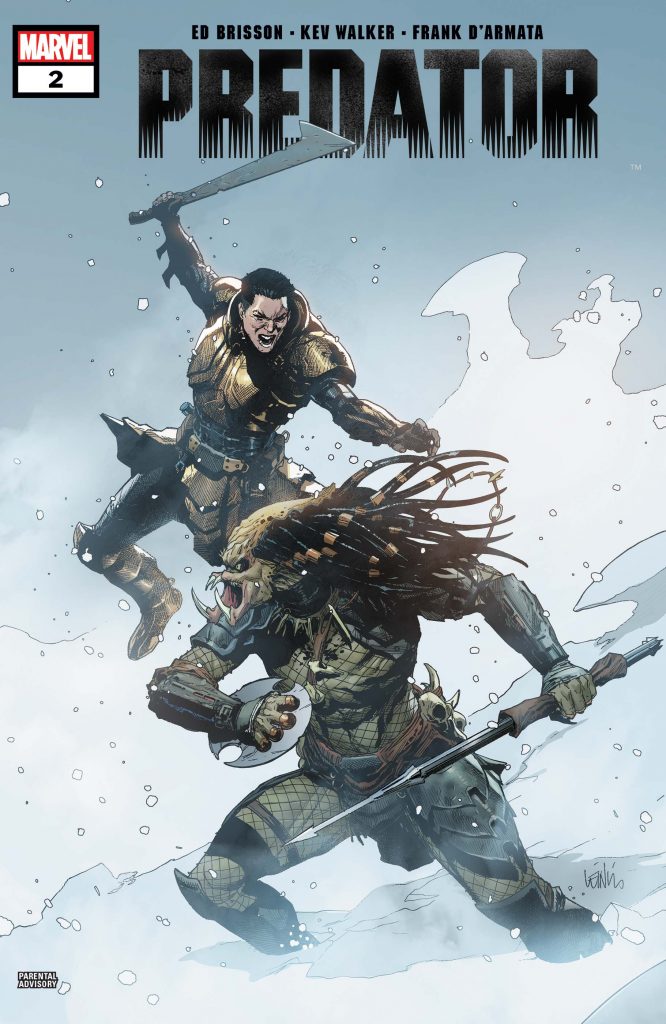