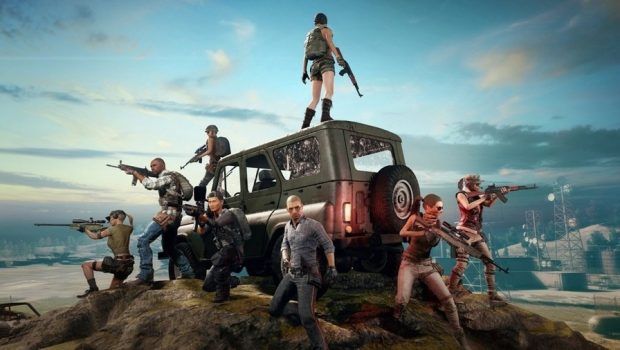 Summary: PlayerUnknown's Battlegrounds airdrops onto PlayStation 4 as a technically messy port, but its brand of tense and tactical battle royale gameplay remains addictive as ever.

After a year of timed console exclusivity on Xbox One, PlayerUnknown’s Battlegrounds has finally released on PlayStation 4 – and the wait, for patient fans, is mostly worth it.

Much has changed in the battle royale genre PUBG famously helped establish in 2017, with three strong and less technically buggy competitors in Call of Duty: Black Ops 4, Fortnite and H1Z1 stealing away the game’s initial thunder. All three titles have had over a year to capture the previously jilted PS4 battle royale fanbase, and the question was whether it was too late.

After a few weeks of play, it’s clear that while the PUBG PS4 port is undeniably rougher around the edges than its competitors, the game’s slower and more methodical gameplay pace remains as addictive in that “just one more match” kind of way as ever, and it offers a much more tactical and tense experience that helps it stand out from the increasingly crowded genre it kickstarted.

The wait PlayStation 4 players had to endure isn’t all bad, either. We get to jump into the game’s three available maps – the abandoned military island of Erangel, the desert warzone of Miramar, and the jungles of Sanhok – from the get-go, with the fourth map Vikendi on its way in January. 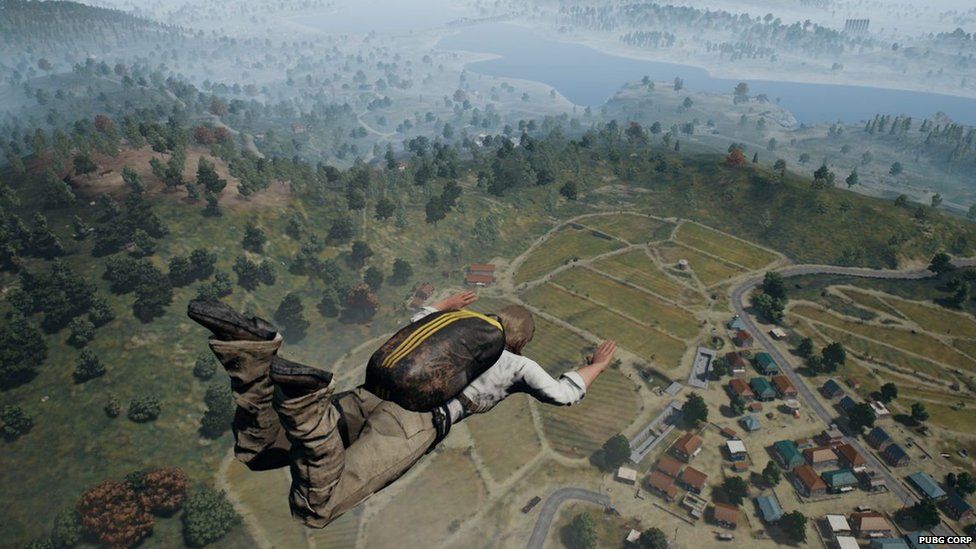 If you’ve been living under the rock for the past two years or have still not jumped aboard the battle royale hype train, PlayerUnknown’s Battlegrounds is an entirely online first and third-person multiplayer shooter that parachutes up to 100 players onto an island in a large-scale, last man standing deathmatch. The only objective is to be the last man standing by any means necessary, with solo, duo and squad (four player team) modes currently available. What makes battle royale games different from standard deathmatch is the constant threat of a shrinking map; to discourage camping, the playable area shrinks down towards a random portion of the map as the match progresses, and players will take damage unless they get a move on, meaning violent encounters and on-the-fly plays are necessary to survive and win.

With experience playing Fortnite and the many other titles vying for PUBG’s throne, it’s clear even with jankier engine performance and an overall uglier aesthetic, the core battle royale gameplay loop shines best here if your preference is something less arcade and more tactical in nature. The intensity of dropping into a warzone with no gear other than what you can scavenge and managing inventories, weapon attachments and limited ammo while other players are sweeping room-to-room is addictive. There’s nothing quite like hauling up in an abandoned building, watching the player count drop into single digits, before pouncing on the next unsuspecting player and winning chicken dinner over 99 others. Patience often trumps firepower, though the scrappy nature of firefights due to clumsy controls means your first few shoot-outs are more exasperating than enjoyable until you master things after a few matches. The pressure and decision-making required to survive even players only armed with a frying pan all add up to the often hard-to-pinpoint survivalist gameplay thrill PUBG has nailed since launch.

After every match, players gain experience points and in-game currency based on the duration of their survival, how much damage they dealt and how many players they killed. The progression system is supplemented by ‘Survival Objectives’ which are basically daily and weekly tasks on a checklist you can tick off for performing certain actions during matches to earn additional rewards that can go towards cosmetics and loot crates, though there is also micro-transactions so you can spend real money on earning the clothing and armour you want your character to wear. PUBG’s current character customisation is extremely limited, so I did not personally find a problem with the current system, but if you’re not a fan of micro-transactions and loot crates to get the exact clothing items you want to wear, this is a game to steer away from. 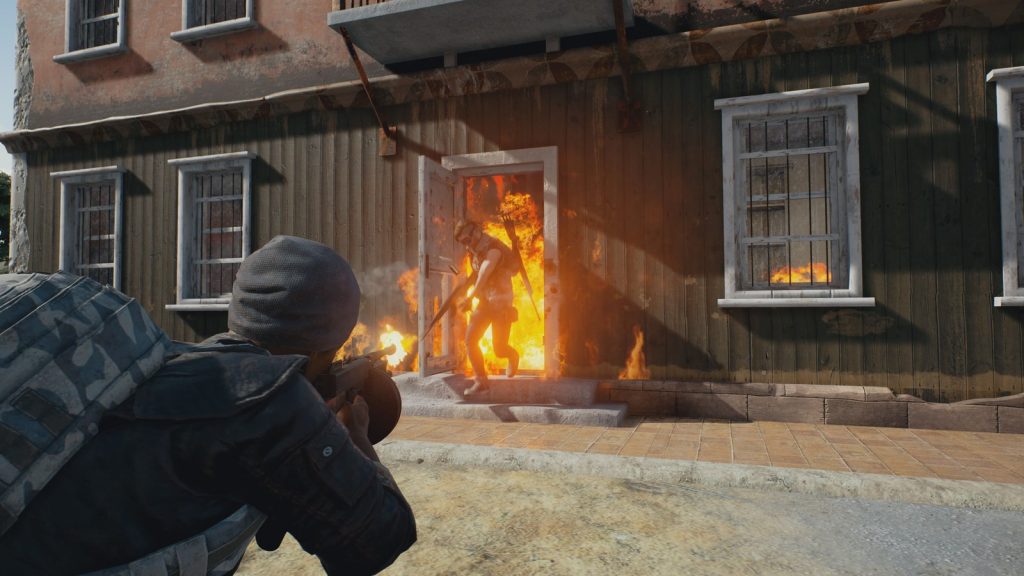 In terms of graphics and performance, the PlayStation 4 port of PUBG is underwhelming. The year-long exclusivity on Xbox One allowed the developers to iron out the more serious bugs long before the game made it over to PS4, but it’s clear optimisation has some way to go. The game’s engine struggles on base PS4, with periodic stutter and texture loading issues during the lobby and in areas of the map with plenty of active shoot-outs. On PlayStation 4 Pro, the upgrade is equally lacking, with only a straight resolution bump to 1440p and slightly better textures and environment detail, with less pop-in and jankiness. PUBG has never been known as a pretty game, but it’s looking less likely it will get any game-changing patches to overhaul its performance similar to Fortnite’s impressive jump to 60fps, which remains a crucial advantage.

The actual aesthetic of PUBG leaves a lot to be desired and the PlayStation 4 port will unfortunately not change that for the foreseeable future. The Saturday morning cartoon artstyle of Fortnite and futuristic military themes of Black Ops 4 may not appeal to everyone’s tastes, but it’s undeniable they are good looking games graphically. As much as I personally prefer PUBG’s more ‘grounded’ look, the shoddier texture work and character and environment models are reminiscent of last generation at times, so my recommendation is if you can’t look past the rougher visuals to enjoy the genuinely fun and tense shooter gameplay beneath, stick with the alternatives.

If you can overlook a bevy of lingering performance issues and less-than-appealing graphics, PUBG remains one of the most tense and fun-filled battle royale shooters on the console market – here’s hoping future patches and updates continue to iron out the bugs and add to the existing content.