Summary: Frontier Developments have set the bar for their DLC offerings excitingly high, and if the rest of their additional content is as impressive as the Arctic Pack then the future for Planet Zoo is looking bright.

When I first reviewed Planet Zoo at the end of last year, one of the things I was desperately hoping to see in the game’s future was continued support from its creators, Frontier Developments. Not only was I hoping to see some of the mechanical issues ironed out and the various bugs addressed, but what I really wanted to see was more animals and habitats added to the game. Well it might just be a Christmas miracle because Frontier Developments have come through with an excellent first installment of additional content in the form of the Arctic Pack, released with their massive 1.1.0 update. 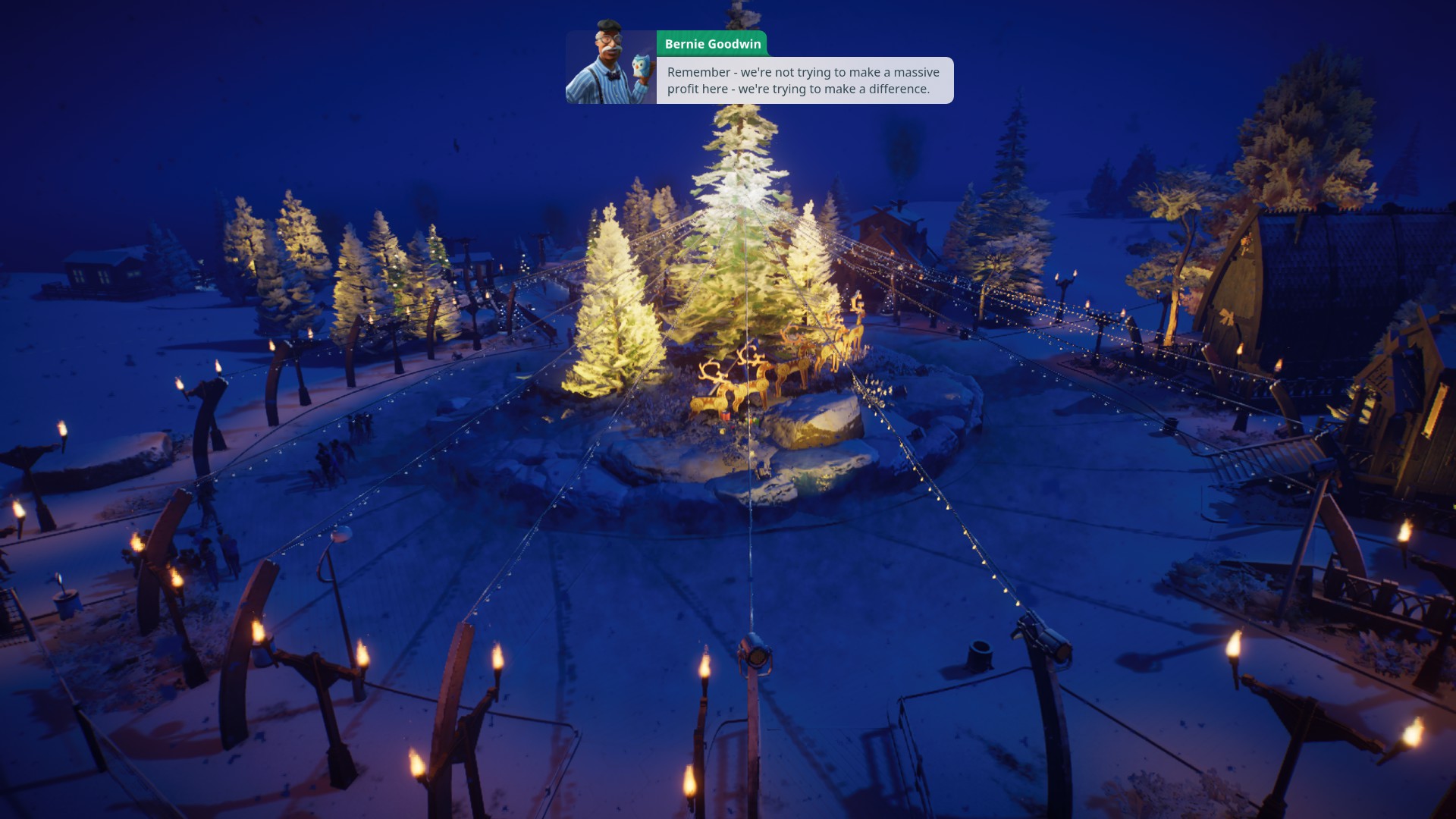 The Arctic Pack features two new scenarios to play through: the first set in Norway where you’re tasked with creating a Nordic winter wonderland full of Reindeer and Dall Sheep using the hundreds of new items added to the creator mode. The second scenario takes place in Mexico where you’re challenged to create a thriving arctic exhibit featuring Polar Bears and Arctic Wolves in the middle of a sweltering climate. Each new scenario has been crafted with the same level of impressive detail and engaging storytelling as those in the base game, which will provide a few hours of challenging gameplay for those looking to complete every task. 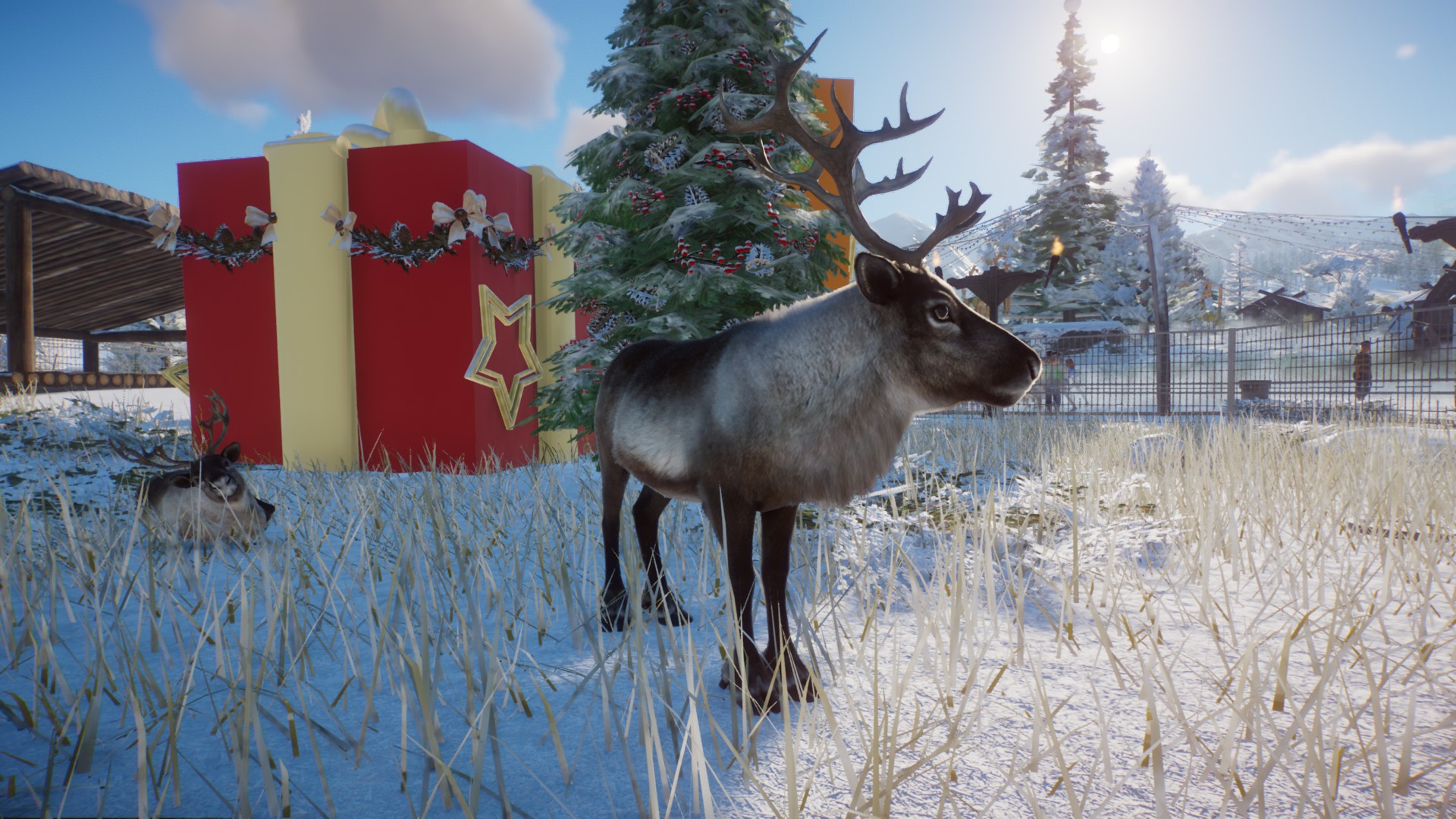 My favourite part of this content pack is the hundreds of new items added to the creator mode, which allows players to create dedicated polar themed parks in the franchise mode that are distinctly designed to feature arctic animals. The franchise mode allows for multiple parks to be connected via a network and I loved creating parks dedicated to different themes of animal habitats, such as the rain forest, the savannah and now, the arctic. 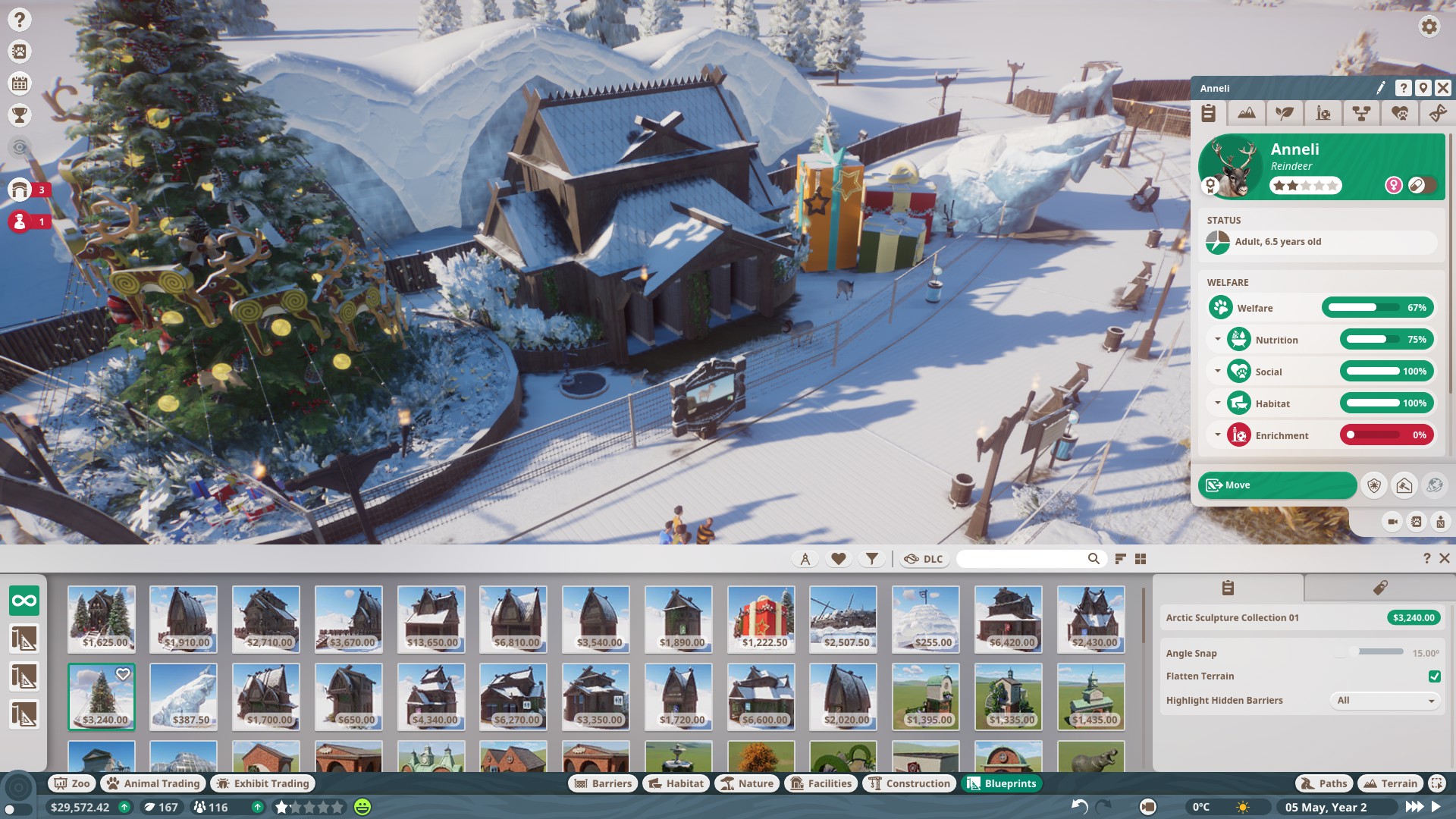 As much as I appreciate the iconic Polar Bear and Reindeer being added to an already impressive list of animals available for habitation, I can’t help but feel a little disappointed that only four new species were added to this first batch of DLC. On top of that, snow-loving animals were already included in the base game, so there aren’t any new gameplay mechanics introduced to provide deeper management challenges. Personally, I’m crossing my fingers that the next content pack features Dolphins, Penguins and other aquatic animals that will require a completely new type of habitat management. 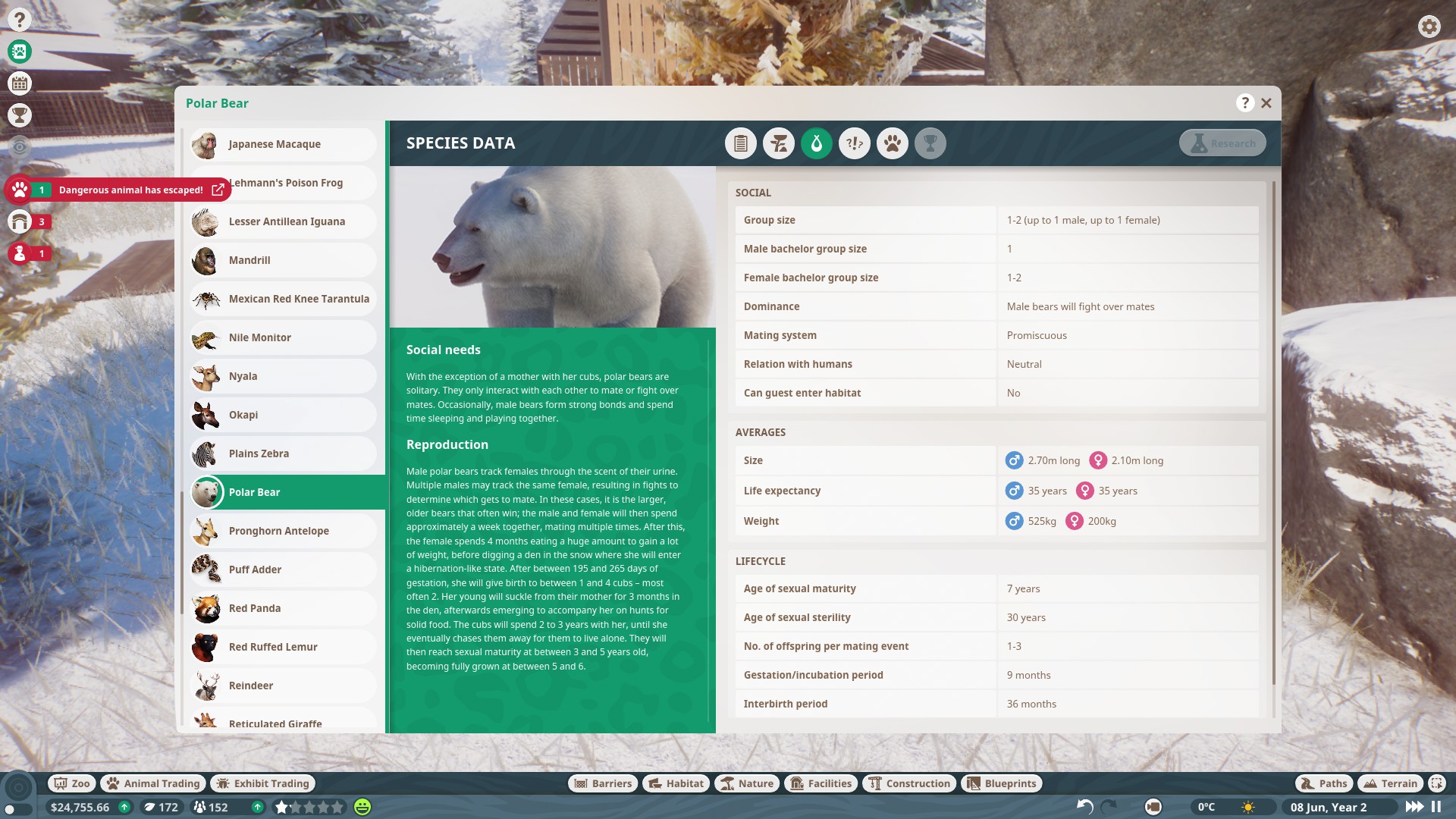 With that being said, I’m still satisfied with Planet Zoo’s Arctic Pack. I absolutely love the new items added to the game and the potential they have for creating some amazing-looking ‘winter wonderland’ themed zoos, even though the number of new animals added to the game is slightly disappointing. Frontier Developments have set the bar for their DLC offerings excitingly high, and if the rest of their additional content is as impressive as the Arctic Pack then the future for Planet Zoo is looking bright.