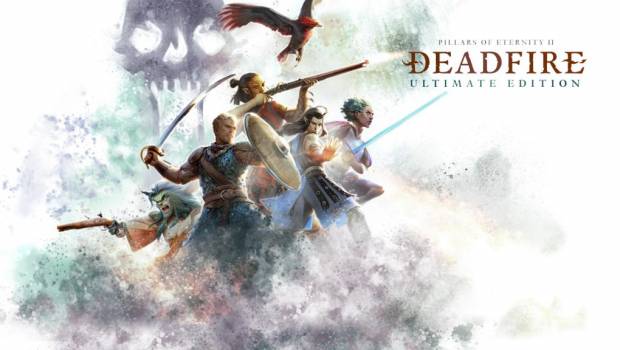 Pillars of Eternity II: Deadfire – Ultimate Edition is an absolutely epic CRPG I’d be happier to have played on PlayStation 4 versus PC if the year-late console port held up as expected.

The ambitious story-telling, deep combat systems and fully realised fantasy world on offer is one of the most engaging settings to navigate for any hardcore role-playing game aficionado, and as a major fan of others in the genre like Divinity: Original Sin II, I’ve been very excited to play these once traditionally PC-centric titles on my home console of choice – with a gamepad in hand, kicking back on a comfy couch with the big screen.

Unfortunately, the PS4 and Xbox One (and soon Nintendo Switch) port job of Deadfire is full of bugs, slow loading times and a myriad of issues that make it very difficult to enjoy an otherwise stellar game – with hundreds of hours of content and all DLC – on my platform of choice.

If you’re unfamiliar with Pillars of Eternity II: Deadfire, our original review is a good summary of the package, but essentially this is a direct sequel that picks up after the events of the original game and expects players to know the extensive lore of the fantasy universe. As the Watcher of Caed Nua with the power to see, speak and help the spirits of the dead, you’re no newbie to Eora’s ways, but thankfully Deadfire does a great job of easing everyone into the more exotic Carribean-esque setting of the titular Deadfire Archipelago. The first game’s narrative was text-heavy and had a tendency for flowery prose and exposition dumping, but from the moment I jumped into Deadfire, it’s clear the story-telling and writing on offer is more mindful of pacing, something that helped keep me engaged. Bolstered by full voice-acting and less excessive text, Deadfire is by far the more accessible of the two games, and entirely playable for newbies, too.

Deadfire’s sheer depth of character customisation and combat options is astounding. You can build your character in every aspect – appearance, attributes, abilities, background, culture, class (of which there is now a multi-class system in addition to sub-classes), formation, weapon specialisations and even your character’s disposition and reputation with others, depending on the types of actions and dialogue you choose in interactions with the world’s diverse inhabitants. 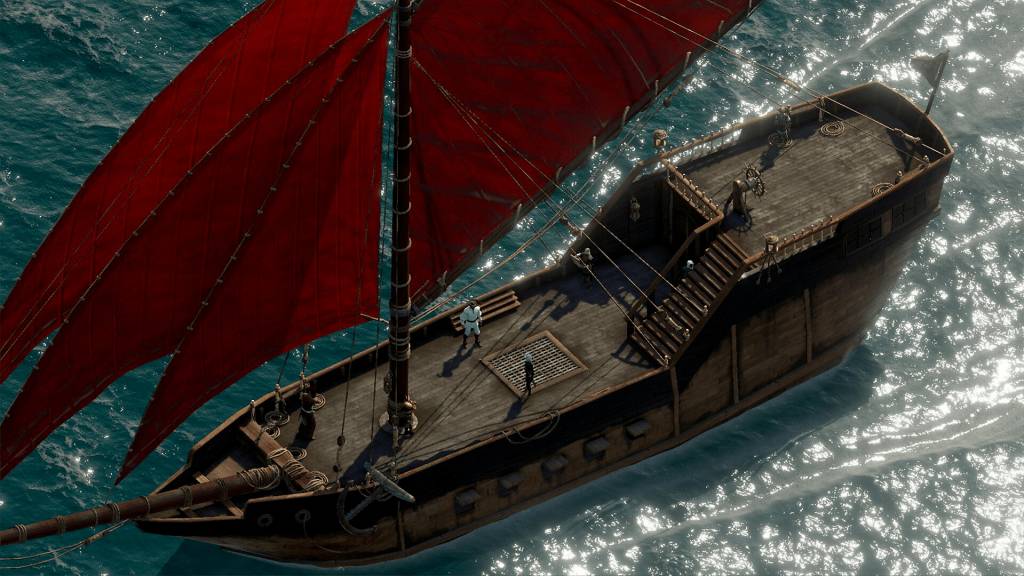 It’s important to take your time here, as the game features a ton of reactivity depending on many of these elements. I rolled an exotic Island Aumaua Rogue Assassin with a perceptive eye and penchant for smart-arse humour and using their muscles, and got plenty of unique options otherwise locked to others as a result. You’ll also get to manually pick the choices made in the previous game, as the save game import from the PC version is not present for the console port. For players who are going into the sequel without playing the first or who just want to jump in faster, there is a range of preset histories that summarise the biggest choices conveniently.

The advantage to having waited for the Ultimate Edition to hit consoles is that it is the fullest package in terms of content updates and patches to date. You’re already getting hundreds of hours from the base game in addition to the new areas, challenges and mysteries introduced in the Beast of Winter, The Forgotten Sanctum and Seeker, Slayer, Survivor DLCs. The first two are rather standalone, but the last does a great job of interweaving with the base game’s events – and if you’re in the mood for a cult-infested remote glacial island, duking it out in an ancient combat arena, and a labyrinth endgame dungeon, you’re in for a treat and hours of playtime. 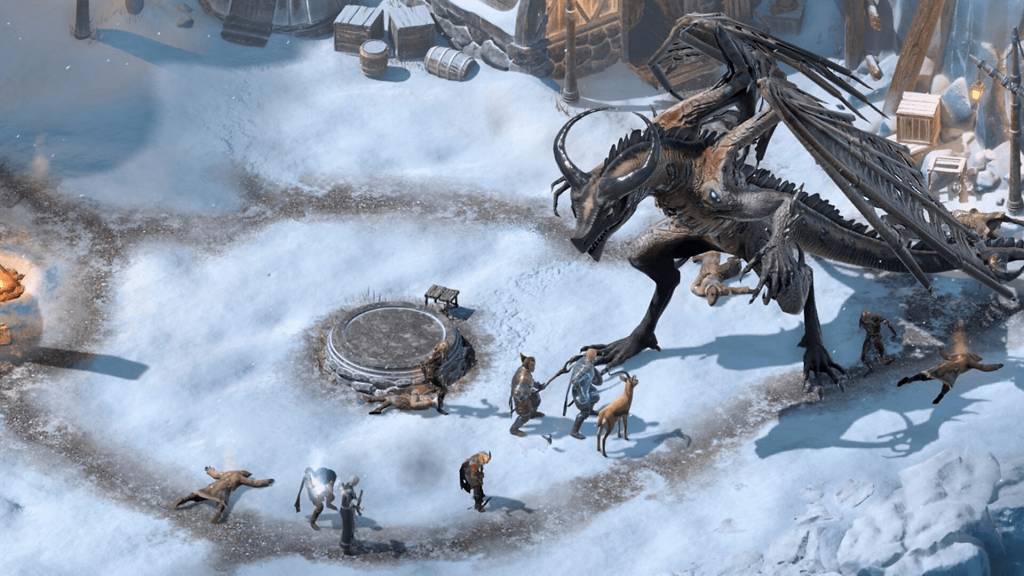 My biggest joy has been the turn-based gameplay mode that was released post-PC release and which has made its way over to the console port intact. Pillars of Eternity is one of the few CRPGs at the moment with combat systems predominantly based on Real-Time With Pause (RTwP) and while that makes it unique, it can be incredibly hectic to micro-manage and understand what’s happening on-screen even with mouse and keyboard, let alone gamepad. For plebs like me who prefer turn-based RPGs and slower-based, strategic fighting, you can pick this mode at the start of the game or stick with the classic RTwP style – however, you can’t change mid-game and must commit from the start. Turn-based mode in Deadfire is a treat, and while encounters are a longer time sink, they’re more easily manageable and it’s definitely a style of play worth exploring for anyone interested in the series but put off by RTwP combat.

On the audio visual side of things, Pillars of Eternity II: Deadfire – Ultimate Edition is a gorgeous looking game with great art direction and a nostalgic soundtrack that will resonate well with RPG fans who especially love (and prefer) the isometric perspective in their games. Combat scenarios have heaps of special effects for spells and attacks, character models are more detailed and the varied environments of the Deadfire exotic and eye-catching. However, the port has no enhancements for PS4 Pro and Xbox One X users, which is a shame given other titles in the genre got graphical upgrades that made use of the better hardware. Meanwhile, the voice acting by the professional cast of Critical Role (Matthew Mercer, Laura Bailey, Travis Willingham, Ashley Johnson, Sam Riegel) is not only from top-notch talent but delivered excellently and made a massive difference in my investment in the very lore-heavy story compared to the first game. The soundtrack, while appropriately fantastical, did get a little tiring at times due to repeated looping, but the live orchestra does make it feel suitably epic. 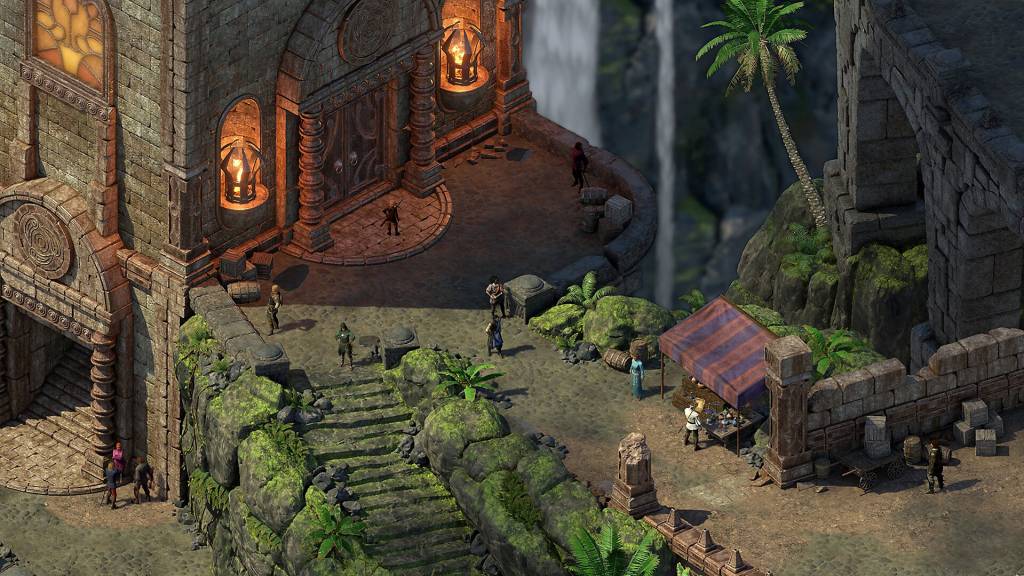 Now, for the bad parts of the Ultimate Edition console port.

Everything about Deadfire’s gameplay systems and content is an absolute blast to experience, but the actual ability to play and enjoy Obsidian’s RPG masterpiece is hindered every step of the way by what amounts to an incredibly sub-par port job. The gamepad control and UI changes to fit the television screen are adequate, but certainly far from fine-tuned as other CRPGs on console like Divinity: Original Sin II and even the first Pillars of Eternity console port. Load times are, for lack of a better word, abysmal, frequently taking anywhere between 40 seconds to two minutes to load between areas on a standard HDD (even on SSDs, transitions are still upwards of 30 seconds), even small rooms in the same building. The capital of Nekataka and anywhere with dozens of NPCs becomes a nightmare to navigate through. Worst of all are a bevy of crash bugs caused when enchanting weapons, save file corruptions and missing icons that tested the very limits of my patience to press on with what is otherwise a very addictive RPG.

Publisher Versus Evil has promised incoming patches to alleviate the worst of problems (minus the loading times), but unless you have the patience of a saint or can’t stand playing CRPGs on anywhere but a big television with a gamepad and a comfy couch (like myself) you must be entirely aware of what you’re getting yourself into before investing your time with the console version of Deadfire. It’s a shame, because Obsidian’s hit RPG series is one of the best in the genre, and the sheer amount and value of content on offer with the base game and DLCs is unrivalled on console.

Pillars of Eternity II: Deadfire – Ultimate Edition is one of the most compelling and lore-rich role-playing games I’ve had to pleasure of playing, but unfortunately, its greatness on PlayStation 4 and Xbox One is let down by a very sub-par console port full of bugs and loading time issues. Still highly recommended for fans who prefer the big TV instead of the computer screen, but only if you have the patience necessary to await the necessary bug fixes and play through unavoidable load times.