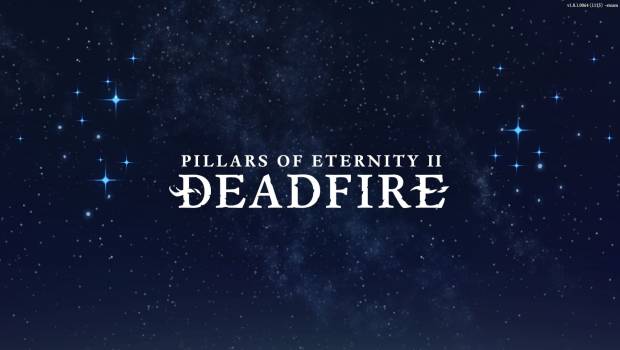 Summary: Tasked with pursuing a rogue god you will find yourself exploring land and sea in order to fulfill your destiny.

I’m an older gamer… I’ve been gaming since the early eighties and have watched games develop from early text adventures to point and click and beyond. Every now and then you come across games that stand out and sometimes even form new genres. For me Fallout was one of those games and around the same time we got Baldur’s Gate, one steeped in future tech and the other in swords and sorcery, both isometric RPG’s that arguably changed the gaming landscape. Flash forward to now and we have Pillars of Eternity II: Deadfire the sequel to Pillars of Eternity (and my first foray into this world). I was instantly transported back to those first RPG’s and that’s a good thing! 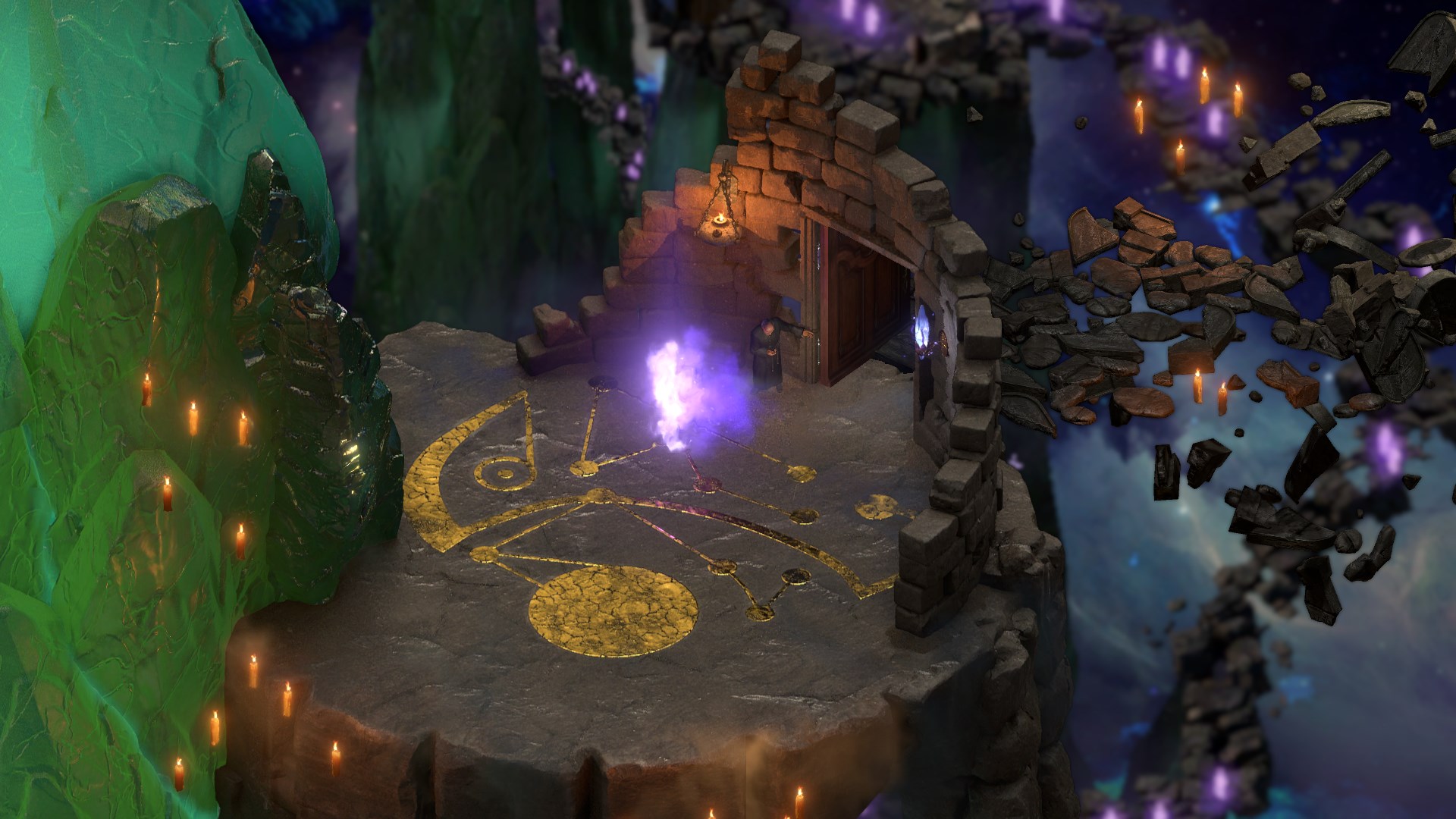 I would be surprised if you will come across many reviews that don’t mention that link to Baldur’s Gate, it’s an obvious lineage and as mentioned, one I’m happy has continued into our modern gaming. The main difference is the visuals, familiar yet greatly enhanced. I’m always keen to be a magic user in these types of games and seeing the visual representation of the spells has always been enjoyable but Pillars of Eternity II kicks it up a notch, the light show can be quite spectacular and mesmerising. But that visual overhaul is still pared with a world that is full of life and intrigue. Each of the characters you can have join your party have their own backstory and personality and you can develop them (within reason) how you feel they will best benefit your party via assigning their classes and abilities. 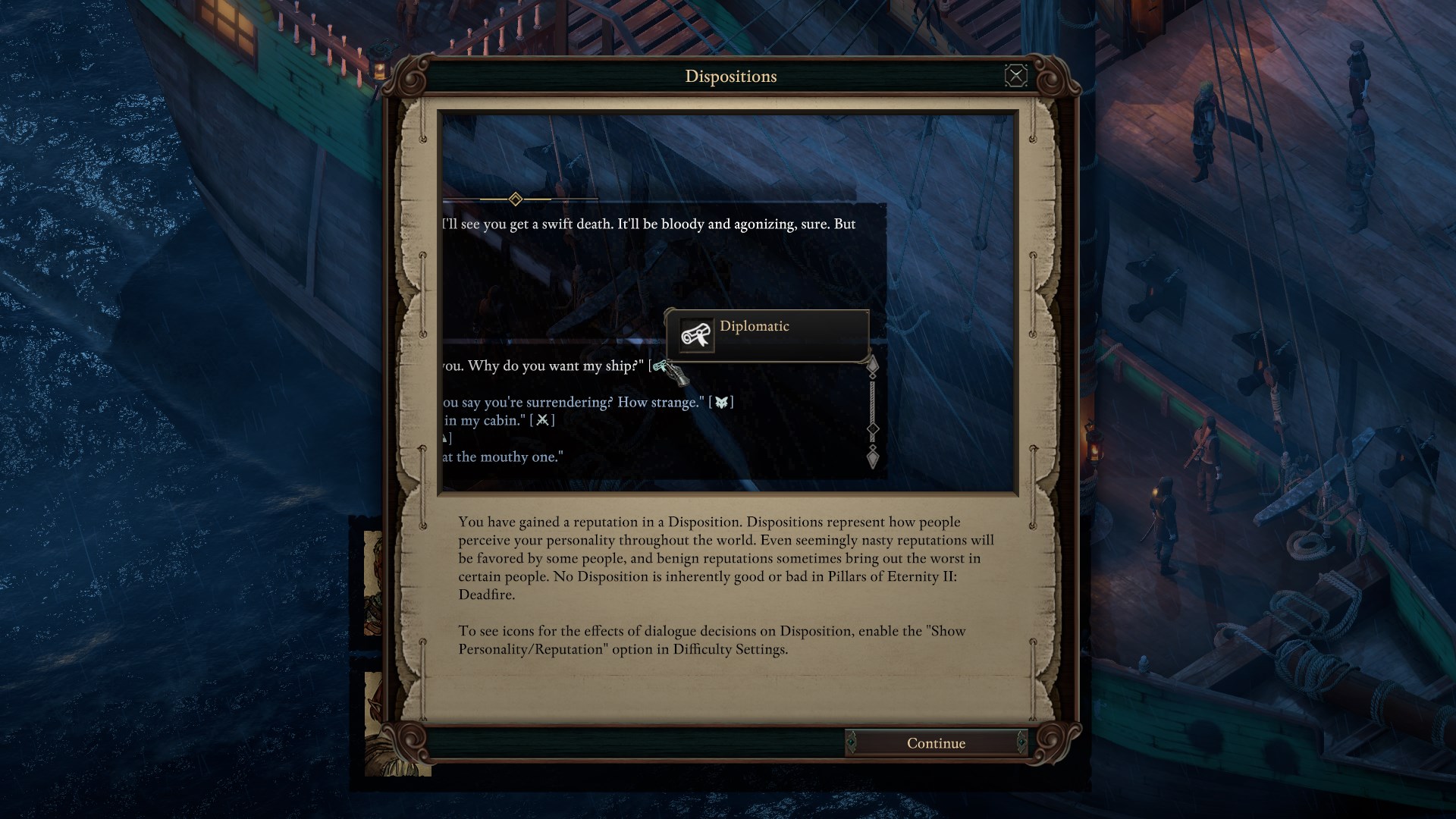 For those of use who are jumping into this world for the first time, the introduction works as a convenient way to explain why you may not know anything about what has come before. You play The Watcher of Caed Nua(someone who can see/interact with the souls of the dead), for those returning to the world of Pillars of Eternity you can import a saved game to continue your story… for those of use new to the land we get that traditional character creating technique of answering some questions (I have memories of one of the last Ultima games using this technique… and at the time I thought it was a very clever way to determine the character that would suit you). 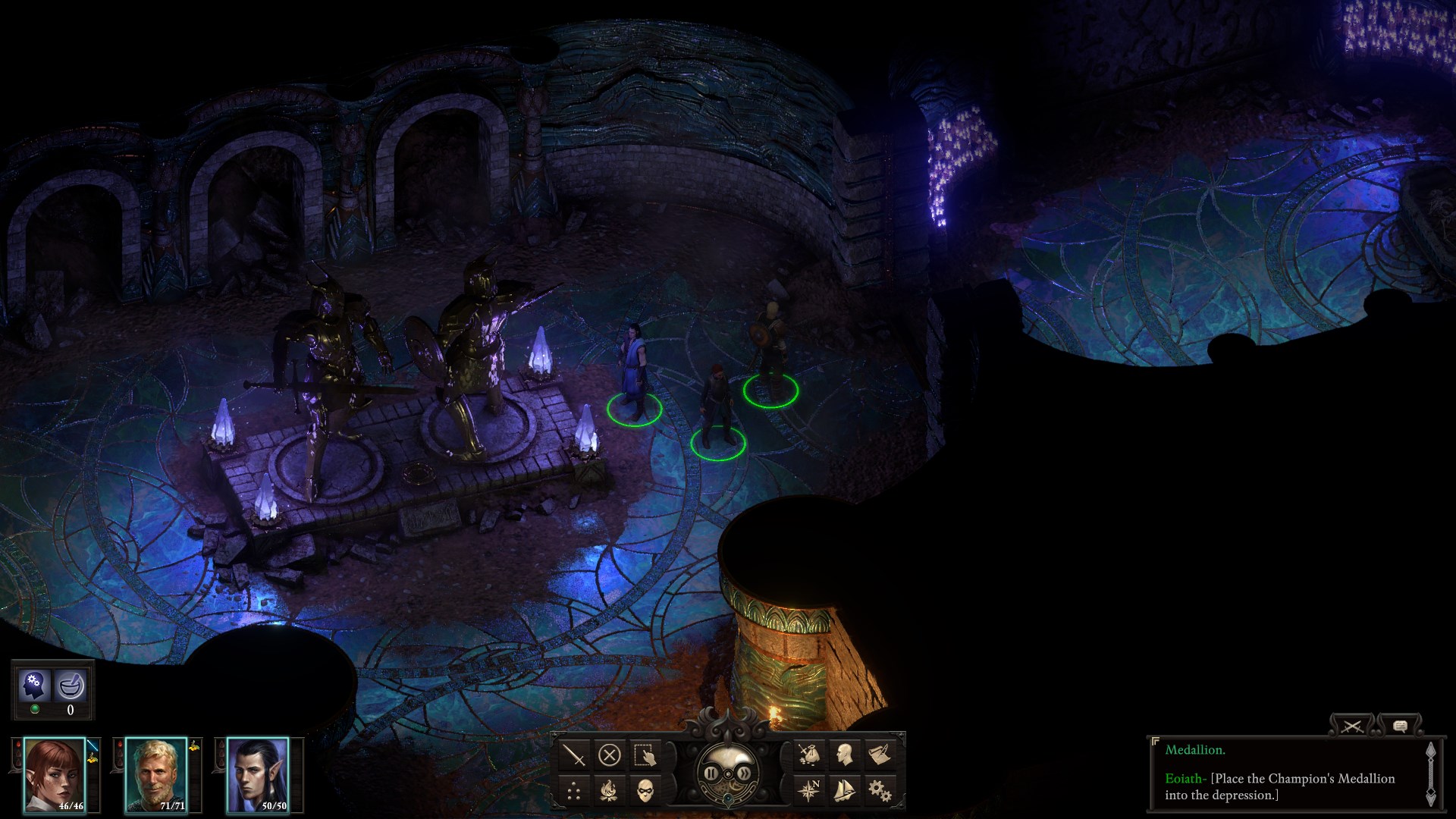 Because of the setting (essentially an chain of Islands), movement is no longer restricted to foot… you also get to sail the seas in a customisable ship. Sailing still provides the familiar encounters and battles but the ship based battle is a little underwhelming. There’s nothing inherently wrong with it, but after playing games such as Abandon Ship recently I was kind of hoping for a bit more… having said that, it’s still a nice new addition and I’m sure something that may be expanded from in the future. 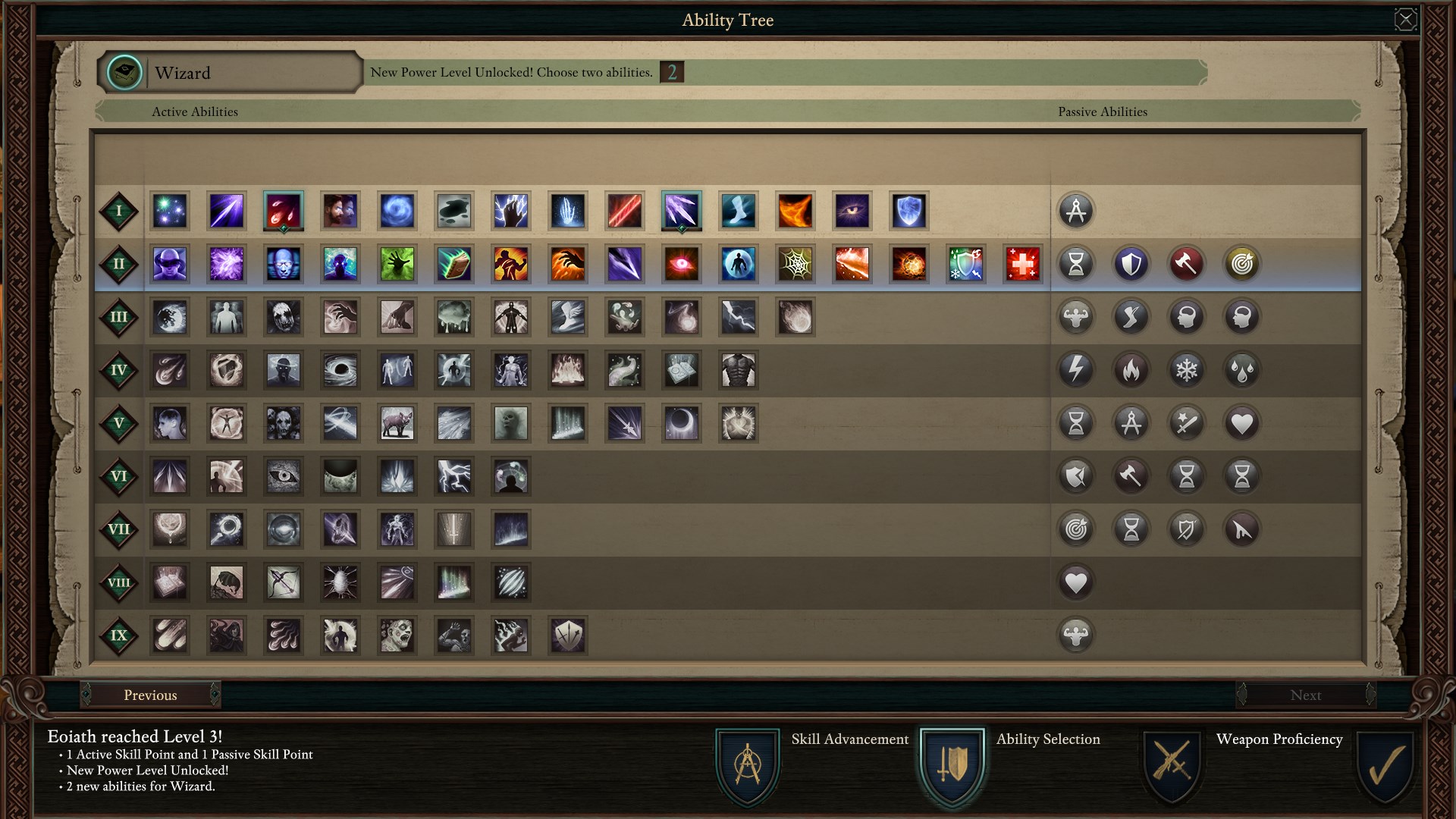 Arguably these games live or die by their story and Pillars of Eternity II grabs your attention from the get go… well it grabbed mine but maybe I just like the idea of facing off against a rogue god treading over land and sea in the form of a Titan. The Watcher element of the game works really well here to tie you to the god and also provides a great way to add to the emotional strength of the game when you can communicate with those who have been killed by your enemies (or through your own actions).

Certainly a worthy game for those of us old enough to remember Baldur’s Gate and wanting to relive that gaming style but with new polish.