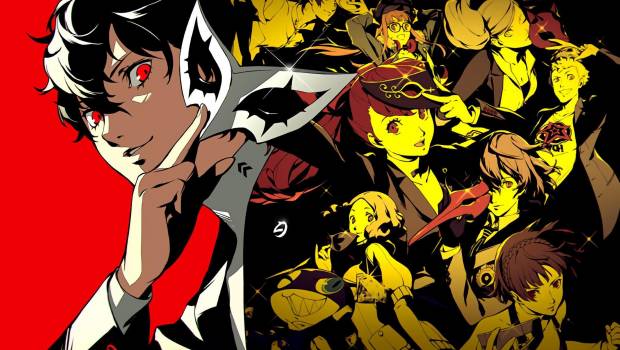 Summary: A definitive version worth replaying for returning fans and new players alike, and still one of the best Japanese role-playing games this generation has produced.

Similar to Persona 4: Golden or Persona 3 FES, later-released packages which added tons of new content and QoL refinements – a lot of streamlining has been done here to smooth out the original’s rough edges, and ensure the new story content fits in seamlessly. For the most part, it works – and the already excellent JRPG experience is better than ever.

In Persona 5 Royal, the add-ons and changes don’t quite work like traditional DLC in other games, where you can play the new sections relatively quickly or in a separate menu. Royal is a remix of the original that spreads the new content throughout the game. As a result, returning fans have to commit to a replay to play the meatiest new sections – like a third semester and bonus palace – as well as experience all the smaller changes in between. If you can’t commit to that, Royal might not be a must-play for you. For new players,  though, you’re in for the best version of Persona 5 from the start.

When I first reviewed Persona 5 in 2017, I deemed it a giant leap forward for the JRPG franchise – that remains especially true with Royal. It’s definitely made its way into the mainstream consciousness since then, enjoying a high-profile crossover with Super Smash Bros. Ultimate and a new spin-off title. If you’re unfamiliar with the base story and gameplay, read our original review. This piece will be focused on covering how well Royal’s many changes and twists work and whether they’re worth a replay. 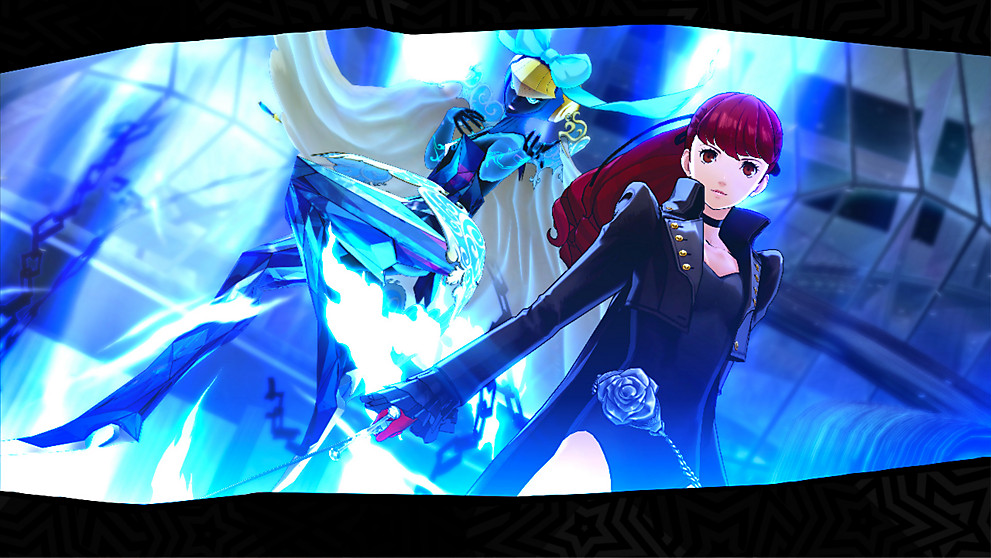 The opening hours of Royal kick off with many subtle changes that pave the way for the larger content add-ons further into your playthrough – a few script rewrites, fresh banter with the crew and even cool new character portraits that allow for a wider variety of emotions during dialogue scenes. But it’s newcomers Kasumi Yoshizawa and Takuto Maruki that are the biggest upfront additions: Both are exclusive Confidants to Royal, with Kasumi acting as an additional playable character in the later game and Takuto an integral part of the ongoing story after the first Palace.

Kasumi appears in a revised opening casino scene but joins the Phantom Thieves much later in the game – you’ll have to play a fair amount of hours to get to know her more. However, there are many new scenes sprinkled throughout the first dozen hours that give players a glimpse into her personality and plight as a star athlete and first year at Joker’s school, with whom he builds a rapport separate from the main cast. Takuto joins Shujin Academy as a mental health counselor following the Kamoshida saga and immediately feels like a grounding (and entertaining) influence that balances out the emotionally traumatic experiences the Phantom Thieves go through. Both their perks of increased max HP and SP ain’t bad. Accompanying their addition are new follow-up calls for all confidants that give extra rank up opportunities, which are well done and further flesh out the already lively cast.

Personally, I found both the Faith and Councillor Confidants to offer engaging new stories and character scenes that feel well integrated into the existing story, though Kasumi does feel disconnected from the rest of the team until the third semester. It’s also true much of the early main story beats outside the two new character introductions are unchanged, and if you’ve played the original more recently, the story may not feel all that different for the first dozen hours. For me, however, the staggered spread of new content and gameplay changes added up to some much needed and welcome overhauls. 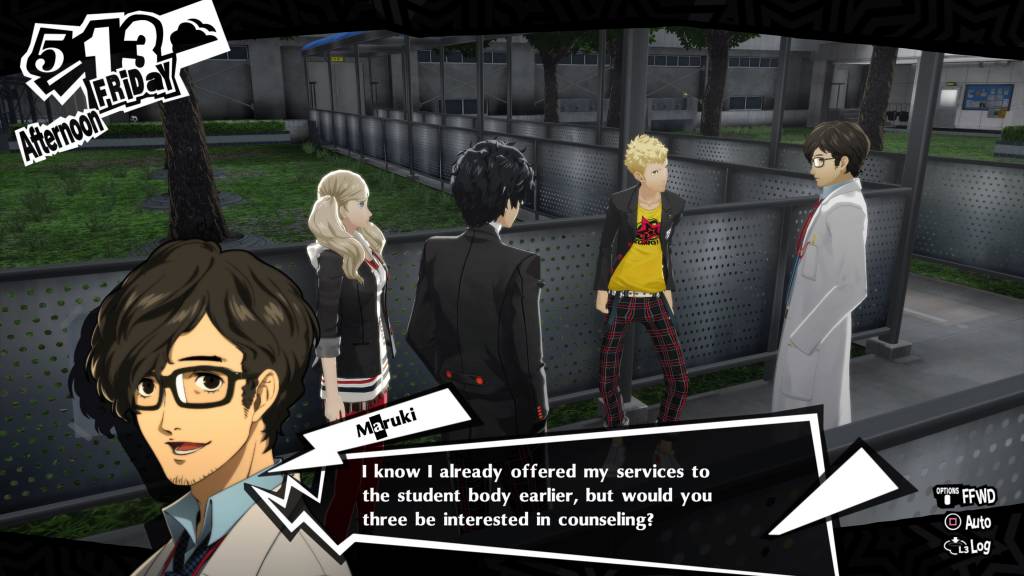 For instance, the original Persona 5 severely limited your social activities and options after main story missions or during the night by having Morgana tell Joker to go to bed. The restrictions were so bad and hated by many that it became a meme. Royal does away with that and I cannot stress enough how game-changing it is. You’re now free to engage in night-time activities such as building Confidant links, studying, going to the batting cages, working out and more to increase your social skills and explore more of the game’s wonderfully realised Tokyo at a much more relaxed pace, and for those of us who hate min-maxing or following a guide just to unlock the best outcomes or hard-to-discover content, it’s far more flexible and forgiving.

There’s also a brand new area called Kichijoji with many new places to explore, shops to visit and most importantly activities and mini games to indulge in with party members later in the game, such as the jazz bar (XP boosts), darts (improves Baton Pass) and billiards (random stat boost). Much of these new areas are tied to Goro Akechi’s revamped Confidant story, which is now optional instead of automatic like in the first game – another change I much preferred.

The overall flow of the turn-based combat systems is equally refreshed by several new changes. The Baton Pass mechanic is now available from the start and much more useful; you rank it up per party member and each ranks has better benefits like damage boosts and HP recovery that make those harder battles all the more survivable – the last party member to get the Baton Pass even gets a free shot with no HP or SP costs, which came in handy for some boss fights. Ammo for guns now refresh after each battle, which made general fights much more fun as I was able to utilise the Phantom Thieves’ arsenal more freely. The new Show Time battle mechanic also introduces new flashy tag-team attacks with two members of the Phantom Thieves after certain circumstances are met to deal massive damage. There’s several subtler tweaks to Persona stats and abilities, new shadows and extra upgrades for each party member, but some of the coolest changes are seen in the Palace boss battles; Kamoshida, for instance, now employs shadow versions of Mishima and Shiho during his fight, while Madarame’s boss battle requires more thought into exploiting elemental weaknesses. The Velvet Room now offers special optional fights against tough foes for powerful rewards and a challenge. 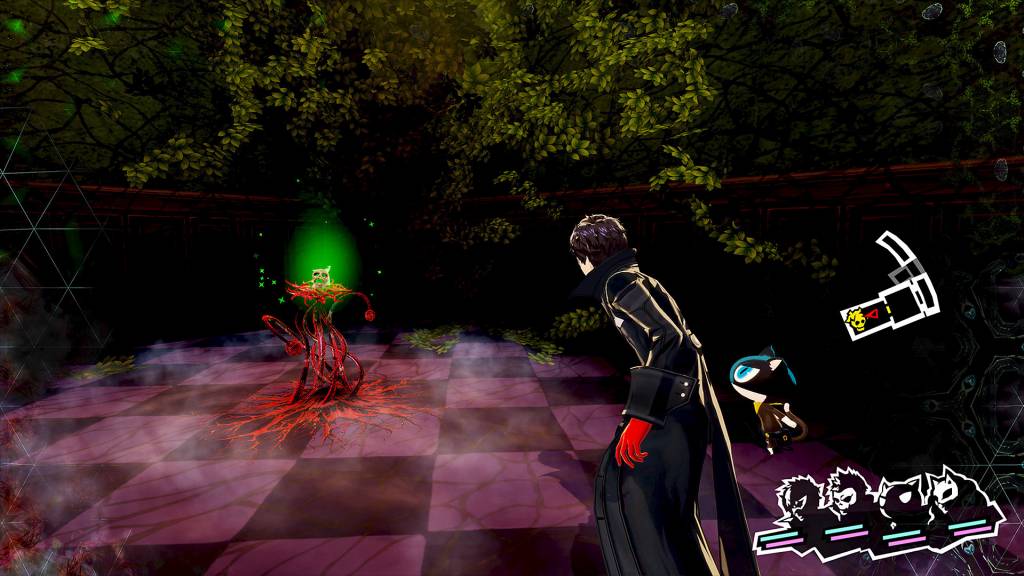 Exploration of each Palace is enhanced in a number of ways. A grappling hook has been added to Joker’s arsenal, enabling faster and slicker traversal of dungeons, and it fits thematically with the Phantom Thieves’ schtick as well as the stylish aesthetic of the game overall. The grappling hook is also used to reach new areas that contain Will Seeds, special collectible items behind locked doors that, when discovered, grant minor SP recovery to help sustain your exploration – if all three Will Seeds are collected in a dungeon, you can get a powerful new accessory themed after the dungeon’s boss after first being modified in a new store at Mementos run by the mysterious character Jose, who also tasks you with collecting flowers and stamps as you explore the revamped Mementos (bigger floors, more side quests) for extra goodies, giving more reason to explore the endless labyrinth than the original game did – I’m a big fan of this.

The English localisation effort has also received notable changes in Royal, specifically the scene with Ryuji in Shinjuku’s red-light district, which copped a lot of well deserved flak for its portrayal of the LGBTQ+ community in the original release, but also in many smaller conversations that were awkwardly written. Most of the voice actors also came back to voice smaller scene changes and new additions, with some previously unvoiced sections now voiced, and even side characters now speaking. I’d already enjoyed the base game story immensely, so these additions made my second playthrough all the more enjoyable and immersive in getting to know these complex characters.

One new feature called the Thieves Den acts as a customisable hangout spot accessible from the main menu where you can play the new Tycoon card game with party members, listen to the soundtrack, re-watch animated story cutscenes and look at trophies. It’s a cool little interactive space that I didn’t find particularly engaging, but one super-fans will definitely appreciate more as a side distraction. 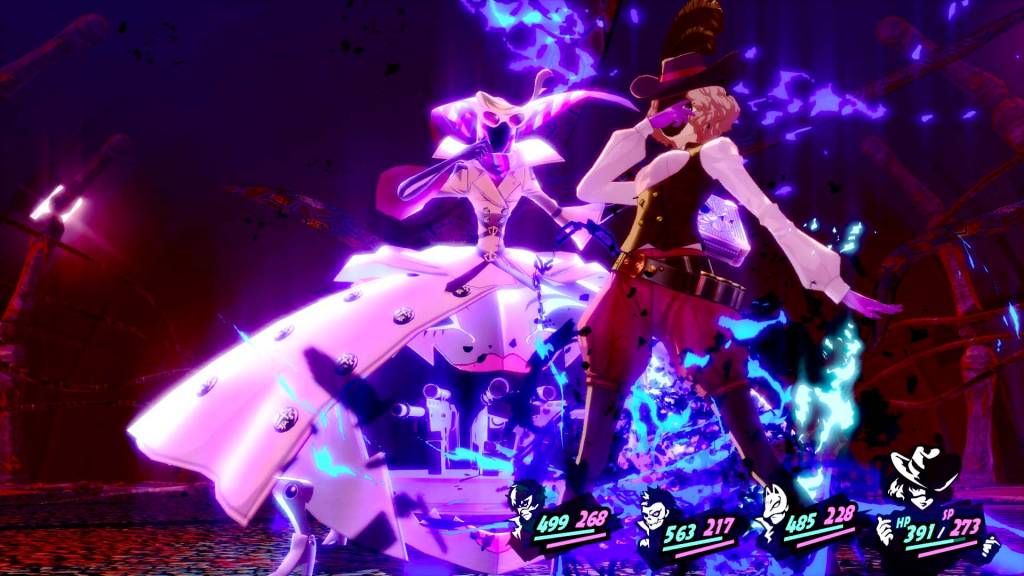 On the presentation front, Persona 5 Royal looks as amazing as the original game thanks to its unique aesthetic and slick UI. However, the port makes better use of the PlayStation 4 and PlayStation 4 Pro hardware to display higher quality character models and graphics up to 4K for the PS4 Pro; combined with the re-drawn character portraits and faster loading times (a major blessing), the game looks better than ever and the grind aspect of the combat and exploration never feels particularly long-winded with the ability to fast-forward through dialogue and cutscenes at a whim. The jazz soundtrack, which already slapped in the first game, has been bolstered with new music tracks spread throughout cinematics and gameplay, and will no doubt appeal to both new and returning fans – who will also be happy to know the DLC add-ons for base Persona 5 will be free for Persona 5 Royal owners in the West.

Persona 5 Royal is the definitive edition of Persona 5 and one of the best Japanese role-playing games this generation has produced. The original was already packed full of over a hundred hours worth of content, but the 30+ hours of new additions offer some serious replay value.

Both returning fans and new players will enjoy Royal immensely thanks to its new wealth of content, performance and visual enhancements, and gameplay refinements that make the experience better than the original. The story and characters are as interesting and memorable as before and the new semester and cast flesh out the Phantom Thieves for the better.