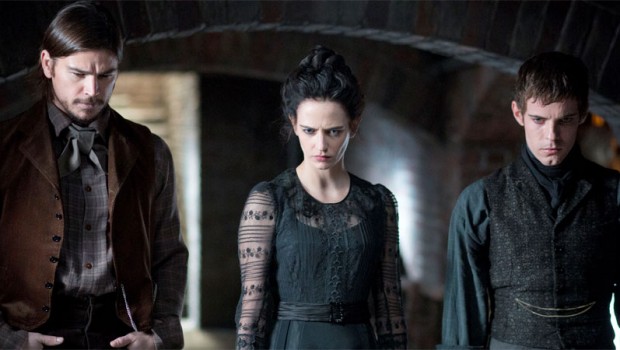 “There is some THING within us all”

Penny Dreadful is the sleeper TV hit by Showtime that takes place in a world between reality and the supernatural itself which includes classic characters created by the greats such as Mary Shelley and Bram Stocker in this horror drama. It’s filled with drama, horror and some great storytelling that is enhanced by the stellar cast of Penny Dreadful.

The protagonist of the film is the mysterious medium known as Vanessa Ives (Eva Green) who has been assisting the eccentric Sir Malcolm Murray (Timothy Dalton) in hunting down the supernatural in order to find clues to his missing daughter. This is also a highlight of the series, the relationship between these two characters and how they use their skills to search for the unknown. 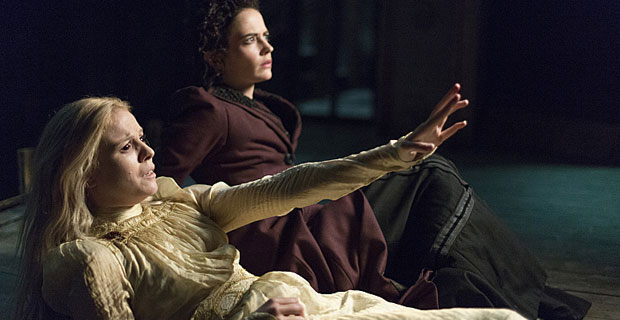 Although Murray is a master of the supernatural, he relies on Ives’ connections between the living and the dead to help decipher the clues in order to hunt down evil and to find his missing daughter. Murray also call upon the assistance of Ethan Chandler (Josh Hartnett), a soldier for hire and the enigmatic Victor Frankenstein (Harry Treadaway) plus other characters from classic Victorian literature.

However as they hunt the supernatural, it seems that their inner demons are more deadly than this creatures of myth such as Victor Frankenstein’s obsession with creation and the afterlife to Dorian Gray’s unhealthy obsession with beauty and immortality. 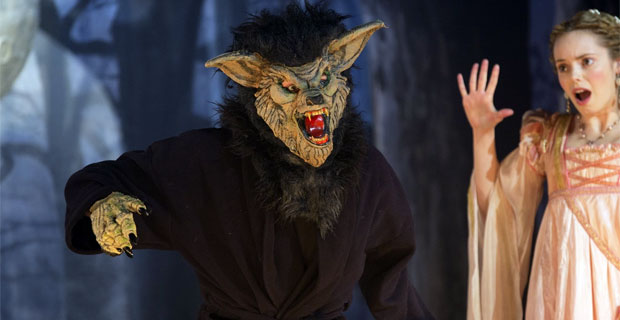 The stories behind Penny Dreadful are quite immersive as they are linked to popular gothic literature that really draw the viewer in, especially the relationships between each character and their darker motives. The series is also quite violent and gory and given the R18+ rating, it’s definitely not for the squeamish because there’s plenty of blood and people being maimed in some quite heinous methods.

Another great aspect is the mystery behind the disappearance of Malcolm’s daughter that as this group of diverse characters get closer, it really blurs the boundaries between reality and fiction that is made even more compelling with the excellent setting of Victorian England. Sets play a key component to the storytelling and also the immersion factor. 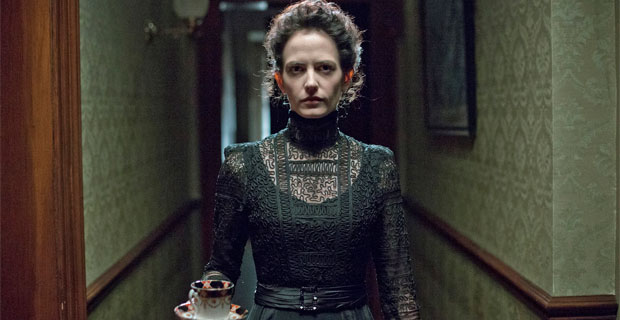 Of course the quality of Penny Dreadful is made a success thanks to its creators John Logan (Skyfall, Gladiator) that when linked to the actors, especially Eva Green, they not only created very likeable characters but also disturbing at the same time. Eva Green once again alludes her inner eroticism that makes her character Vanessa Ives quite a formidable opponent and this actress really gets into the headspace of this flawed character as they search for Mina Harker (Olivia Llewellyn), Malcolm’s daughter. 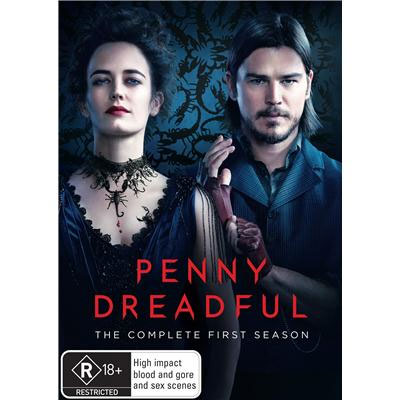