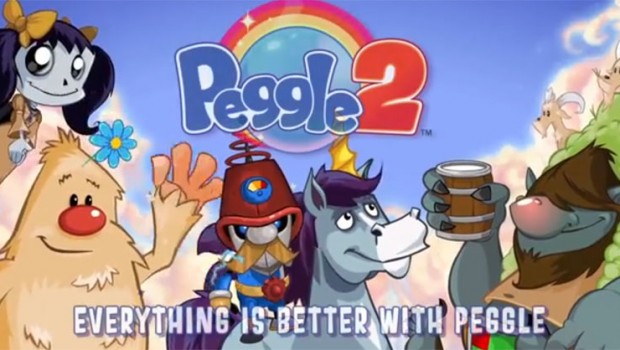 Summary: Not only does it pay homage to the previous game but successfully transfers it onto this next-gen console with flawless gameplay and an amazing kaleidoscope of colourful graphics.

Peggle 2 colourfully lands on the Xbox One with our favourite unicorn named Bjorn as host that contains the same fun gameplay found on the original but with some new additions and tweaks, perfectly suited for this next-gen console. 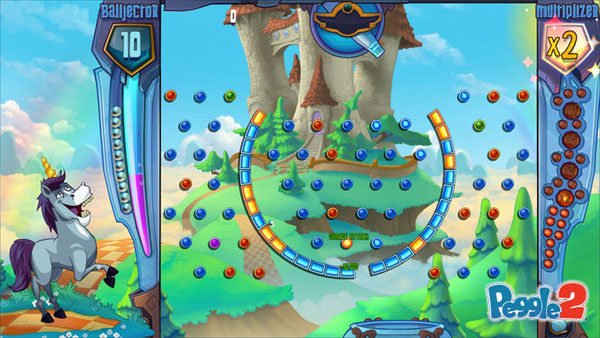 At its core, Peggle 2 is a physics/mathematical puzzle game which require the player to shoot a ball through a pinball-like obstacle course in order to hit as many orange pegs as possible. When the pegs are hit, they disappear but so do the other pegs which require you to really think out your next move as you have limited balls.

Add in power-ups, bonuses and other physic based elements and you have a very addictive title on this next-gen console. One of my favourite power-ups is the super guide which basically shows you a rainbow line in which direction your ball will go and is great for those long shots from one side of the screen to the other. 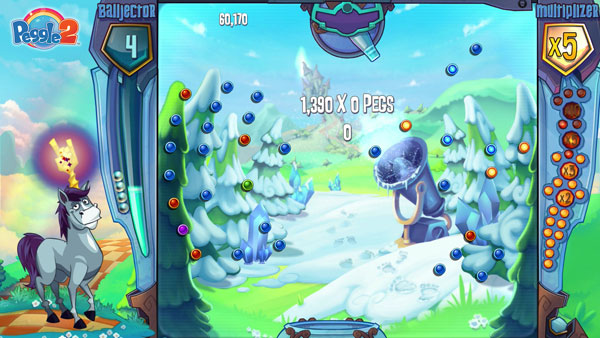 The controls work perfectly on the Xbox One as you use the analogue stick to line-up your shot and thankfully a short line helps you in guiding your ball in the right direction, including what pegs it will bounce off. As you progress, this becomes more difficult but as mentioned there are other bonuses and power-ups along the way to support you such as electricity to knock out pegs or additional balls.

The one biggest issue with Peggle 2 is that there is no local multiplayer which would have been a great little bonus, especially via split-screen. Fortunately the online component is quite strong and can become quite competitive, especially as you try to build-up your score. Best of all, finding another player is quite an easy task. 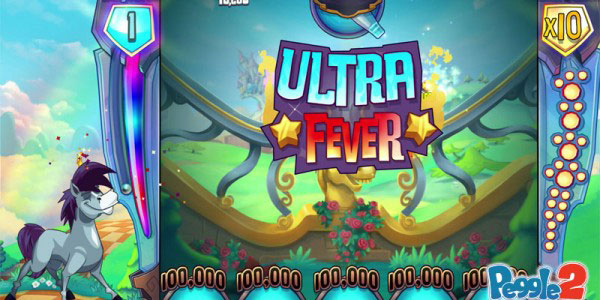 Graphically, Peggle 2 on the Xbox One is a very sharp looking title with some vibrant colours. There are a few special effects but where the game shines is through the sound effects and brilliant soundtrack.

The music really gets you in the zone and can become quite mesmerising at the same time, especially as you enter this Matrix like world as you attempt to connect all the dots. Once you complete the level, you are awarded with this almost firework celebratory mix of colours and fast music to inform you that you have been successful. 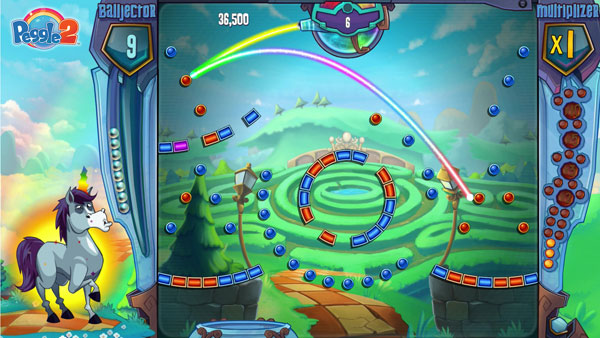 Peggle 2 on the Xbox One is a thoroughly addictive puzzler that will draw you in from the very first level. Not only does it pay homage to the previous game but successfully transfers it onto this next-gen console with flawless gameplay and an amazing kaleidoscope of colourful graphics. 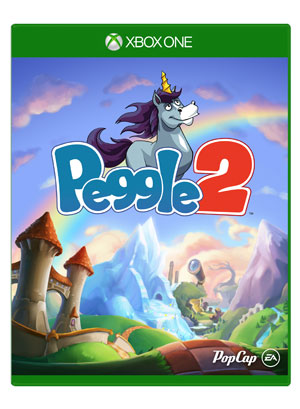