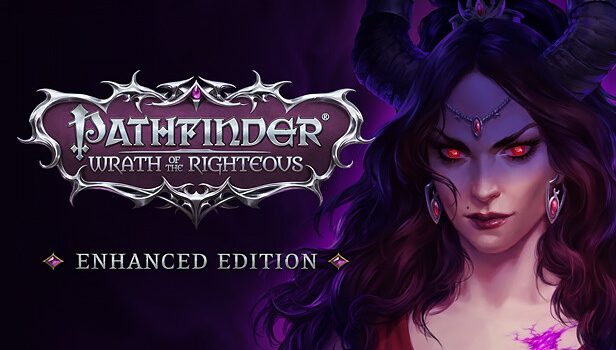 Summary: A competent re-release of an already content-packed, epic fantasy RPG that plays great with gamepads.

Pathfinder: Wrath of the Righteous – Enhanced Edition is one of the best and most ambitious role-playing games available to play right now.

This is an all-encompassing fantasy RPG with an enthralling narrative, in-depth gameplay systems and rich presentation, and it easily stands alongside some of the best sequels in the same genre, such as Baldur’s Gate 2, Divinity: Original Sin 2, and Pillars of Eternity 2.

However, when comparing its ‘Enhanced Edition’, released one year after the game’s original launch (here’s our original review), to similar ‘enhanced’ re-releases of its contemporaries in the same genre, WOTR impresses a little less. But does that make it any less worthwhile? In my experience: Hell no.

Pathfinder: Wrath of the Righteous – Enhanced Edition coincides with the game’s retail launch on PlayStation 4 and Xbox One consoles, and full, native controller support is the headlining new feature. There’s also an all-new photo mode, quality-of-life improvements, new armour customization options, and additional epilogues and mythic path content added into the last act of the game – not to mention the accumulation of all the bug-fixes and tweaks in every patch to-date. All of this is also included as a free update for existing owners of the game on PC, which is where I opted to review the game (for mods, best graphics settings, and controller options).

All things considered, Wrath of the Righteous plays well with a gamepad. I swapped between keyboard and mouse and my Xbox One controller several times throughout my first 25 hour campaign and enjoyed the flexibility in being able to kick back on the couch with the gamepad to navigate Kenabres during the more relaxed adventuring portions of the early game, and then seamlessly swap back to KBM when it was time to knuckle down through a hard boss battle. WotR is played in an isometric perspective with both real-time-with-pause and turn-based gameplay, and while I never found the action to be too hectic when playing on the big screen, the ability to seamlessly switch between modes came in very handy. The turn-based battle mode is great to slow things down and get your bearings for the next move for fights with dozens of units. 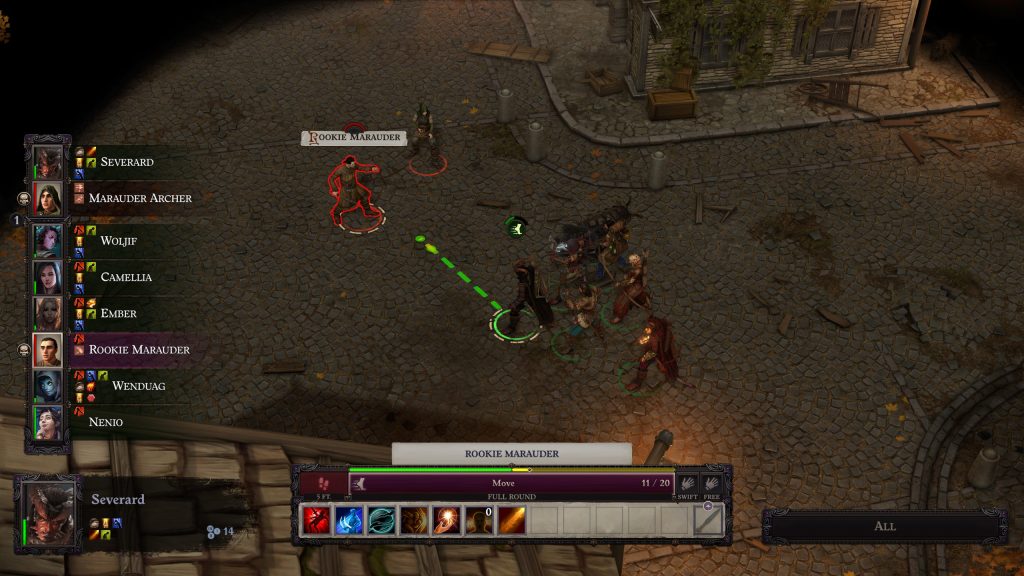 The game’s user interface also appropriately scales for gamepad use, with a larger window and font used for text, bigger character portraits to see who’s speaking when in dialogue scenes, and party icons moved to the left side of the screen during combat encounters for less clutter. There is a minor adjustment period to learn where each command was mapped on the controller, but I feel Owlcat put in the hard work required to accommodate gamepad users and players who prefer playing on their big television screens (such as myself) more than adequately.

So, what else was added? 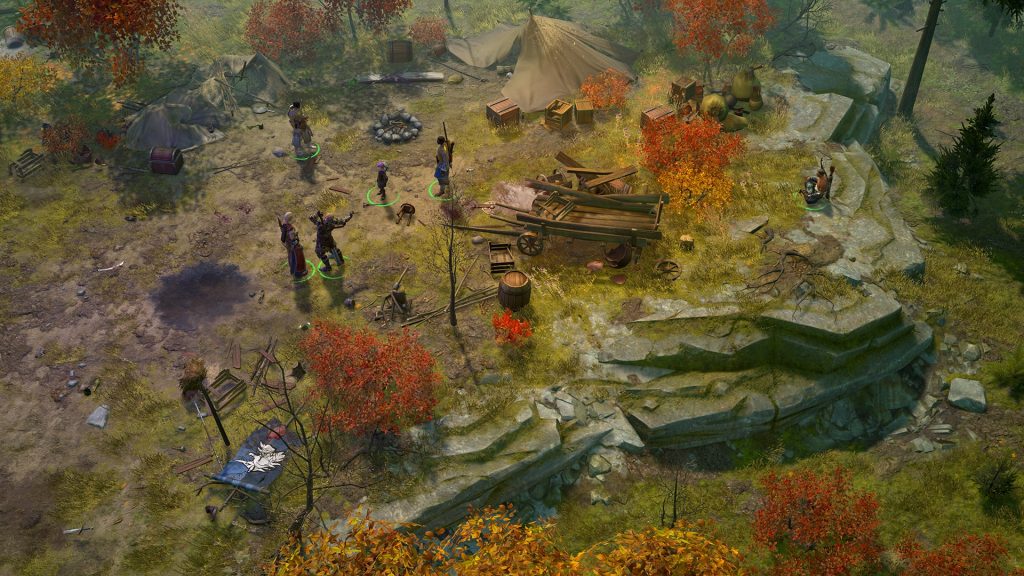 After gamepad support, the additions of the Enhanced Edition start to get a little less substantial. The aforementioned photo mode is a neat addition to capture epic moments throughout the 100+ hour single-player campaign, and I actually found it easier to snap some casual shots with the gamepad than with mouse and keyboard – it’s also not something we haven’t seen before. The many quality-of-life improvements added – search options in the inventory, a clearer battle log, fixed animations, effects and lighting, tweaks to classes and a few specific spells – are neat tweaks, but ones that  will mostly impress and please the existing fan base rather than new players who don’t know any better. The ability to customize your character’s appearance with re-colouring of their armour is always welcome in an RPG, but not as extensive as advertised.

The bits of new content added in the Enhanced Edition is similarly sparse and not immediately accessible for new players on their first playthrough. There is a new golem NPC in the starting area of Chapter 1 that can be used for transmog of items (turning the aesthetic appearance of an armor or weapon set into your preferred set) with minor lore, but the rest of the content additions amount to new dialogue reactivity to your character’s chosen Mythic Path (not for all of them), a minor extension of the Legend Mythic Path questline, and 60 new lines for the ending slides to flesh out the fates of your party and the world – all of it in the final chapter of the game. 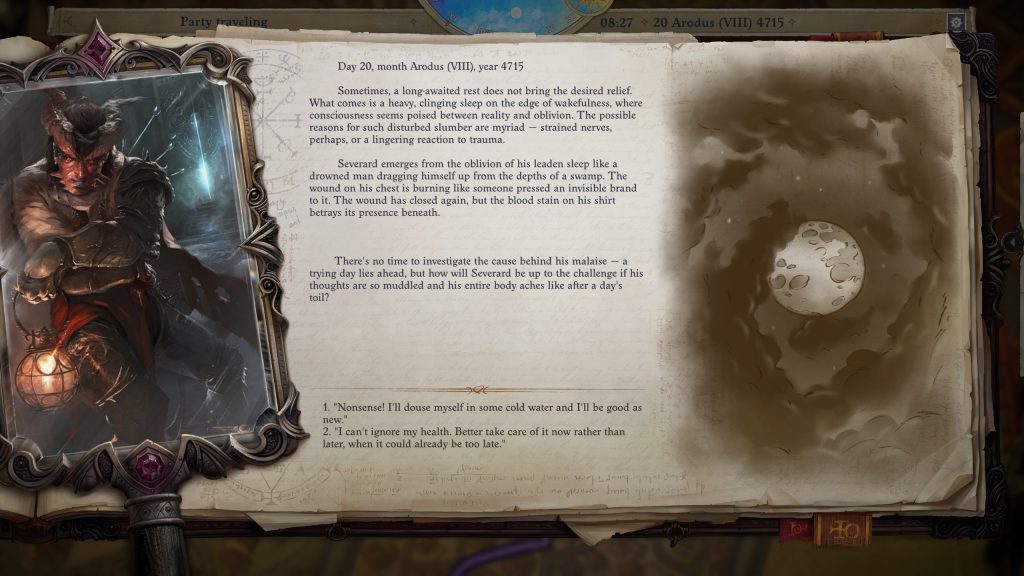 As a player still 50+ hours knee deep into my Demon Mythic Path playthrough, I can’t say I have been able to experience these minor content additions just yet. However, it’s easy to want more of the good stuff already clearly on offer (voice acting, role-playing choices and reactivity, classes, weapons, areas, characters), especially when I think back to similar enhanced editions of cRPGs such as Divinity: Original Sin 2 – Definitive Edition, which added thousands of new fully voiced dialogue, new quests, and expanded chapters in addition to UI improvements, gameplay optimizations and gamepad support. Even the definitive edition of Kingmaker, Owlcat’s own predecessor to WOTR, felt a little more substantial, with new voice packs, items, the (then) new turn-based mode and all previously released DLC included in the package. That last part is not the case here; the currently available three paid expansions are not included in WOTR’s enhanced edition, though to be fair, Owlcat’s season pass track is still ongoing with more future expansions yet to come.

While there is less content added to this particular enhanced edition re-release than most fans or cRPG enthusiasts would come to expect (we’re so spoiled these days), none of this detracts from the quality of WOTR as a game package for new players. This is a content-rich, incredibly in-depth role-playing experience with a staggering amount of variety in the numerous ways you can build your character and companions (class, backgrounds, spells, abilities, weapons, moral alignments) and an impressive amount of exclusive content and reactivity factored into the story to reflect your role-playing decisions and choice of Mythic Path, the latter of which is the choice of god-like ascension you wish to pursue. You can be a classic Angel or Demon, time-traveling Aeon, deathly Lich, all-consuming Swarm and many interesting paths in-between. Not to mention one of the most interesting cast of companions this side of Baldur’s Gate and Dragon Age, with my personal favourites being the selfish Daeran and monstrous Wenduag. However, I’m chaotic evil and still can’t bear to hurt innocent Ember. 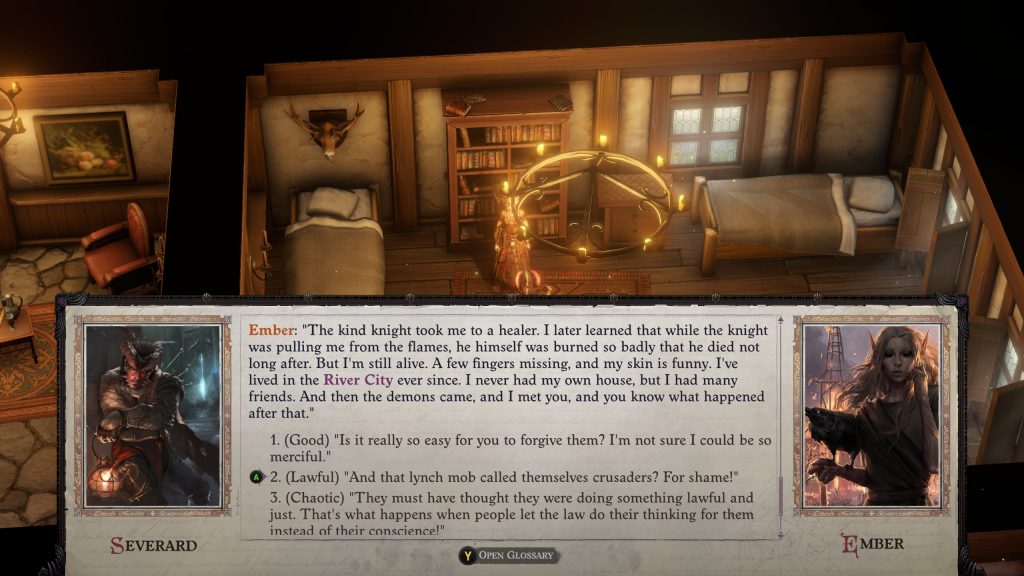 If there is one minor area of disappointment that lingers past my review period of the game, it’s that there are still a number of strange bugs and unintended behaviours present within the game, even after the first patch following the Enhanced Edition’s release. Every time I used Photo Mode, for instance, the game would switch its weather effects to raining without a way to change it, and oftentimes during combat characters wouldn’t perform commands as I intended, with no clear way to fix this other than a restart. This is an incredibly ambitious game built upon several complex systems, so it’s understandable to be a few oddities here or there. But if you’re a gamer fairly sensitive to bugs or glitches, take note that the Enhanced Edition still has some things to iron out in future patches.

If you’re like me and love gritty fantasy worlds, well-written lore, interesting characters and immense replayability in your RPGs, Pathfinder: Wrath of the Righteous – Enhanced Edition is a must-play.

Even with less new content added compared to similarly released ‘enhanced’ or ‘definitive’ editions of other cRPGs, the base game already offers over a hundred hours of content per playthrough, with more expansions still on the way at the time of this review. Get ready for your next time sink. 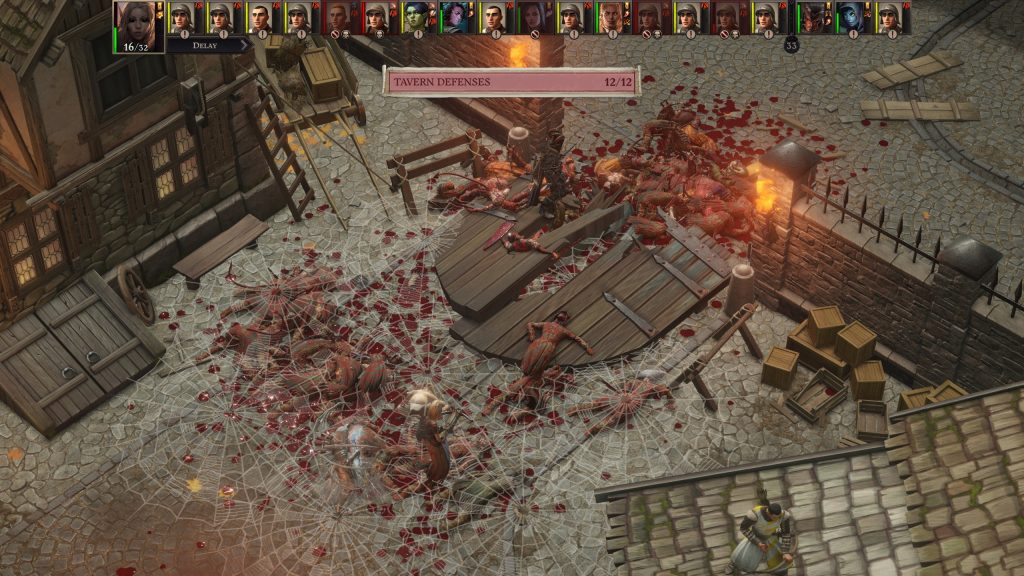 The aftermath of an epic battle defending against waves of demonic hordes… and some creativity with webs.