Summary: Role playing on a grand scale, good versus evil, worlds in peril and you right in the middle of it all.

Some games stand out from the pack, either the story deftly takes us away to another world, or the visual style of the game “just works” or something else about them has the player making a note of this one among many… is special. Baldur’s Gate was one of those games for me, I mean I could say hamster and those who played would know how important that is. So to find another game that feels like it continuing in those footsteps is a pleasant experience and I’m happy to say that Pathfinder: Wrath of the Righteous does just that. 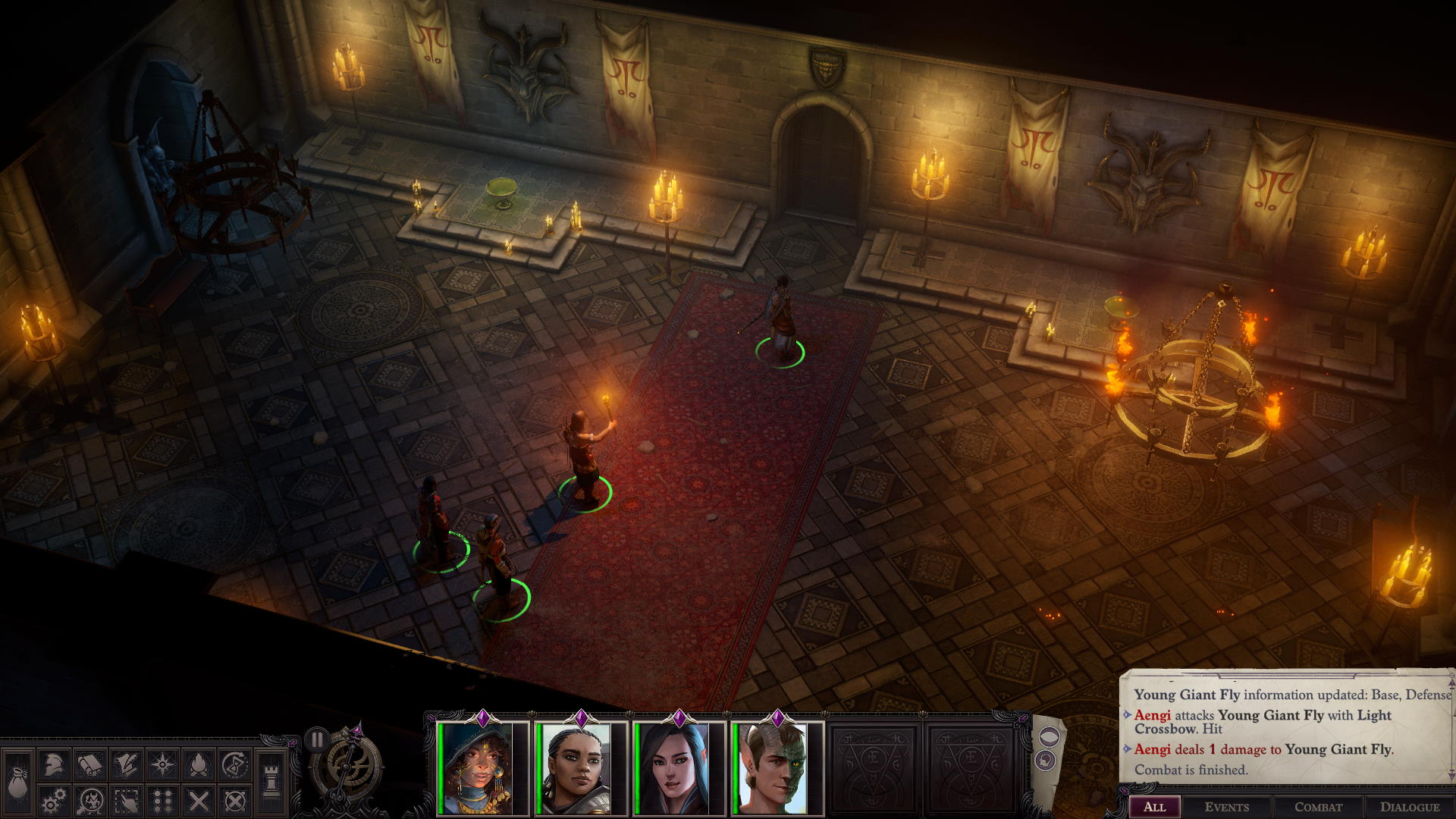 Your story starts at the Worldwound where the opening of a rift to the Abyss has unleashed horrors upon the land. Neighbouring nations have tried to fight the terrors back but to no avail, things seem to be getting worse… maybe you can make a difference and push back the dangers that threaten to overrun the world. 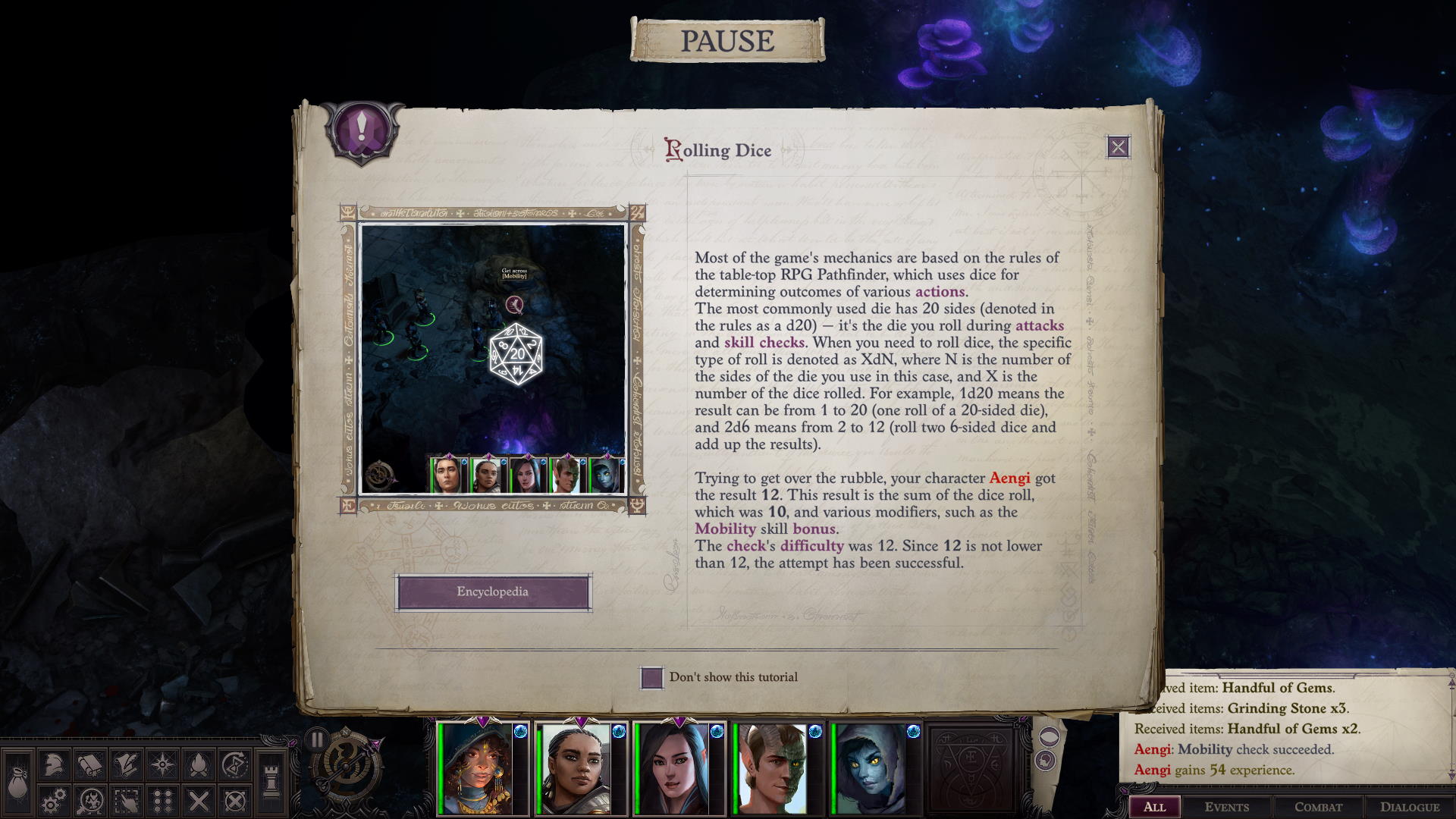 From the very beginning of the game I felt like I was back in the days of Baldur’s Gate. Character portraits, big bold artistic portraits. Selecting from races, genders, skill sets… the whole process felt very familiar. Then once I was in the actual game itself, that too had a familiar feel. The isometric view that is so familiar to these sorts of games but with the lovely edition of being able to rotate around the scene. Then the epic event that sets the main story off… a horrendous evil demolishing a peaceful event and sending you under ground, left to find your bearings and piece together just what is going on. 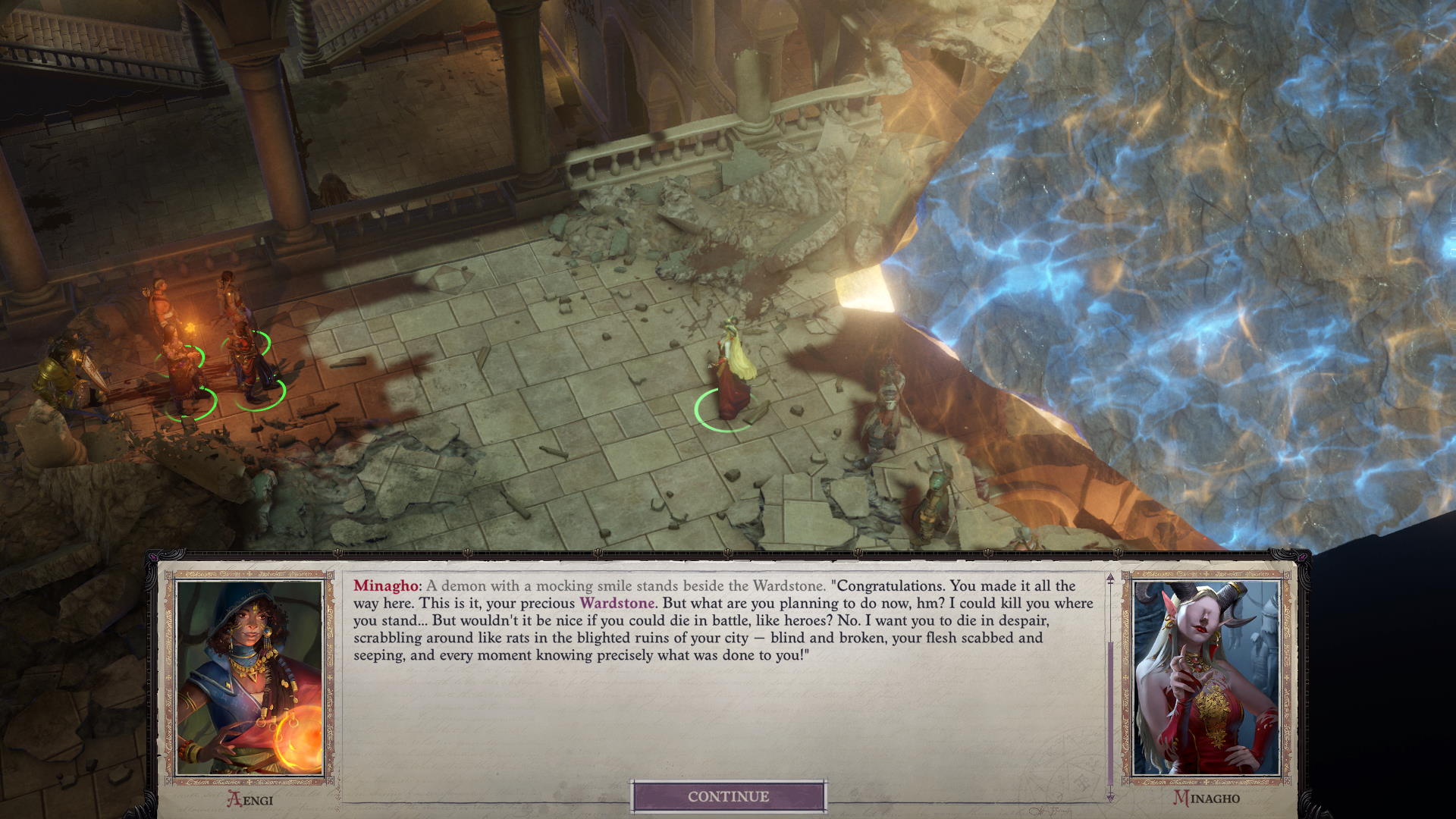 This is definitely role playing on an epic scale and you can play with a micromanagement approach, fiddling over every little stat every time you level up… or you can opt for auto level. The latter does feel a bit strange if you’ve played RPG’s before as you click through a few screens then you’re told your character has completed leveling but I guess it’s good for those who don’t have much interest in the finer details and just want to charge into the story and be a hero as fuss free as possible. 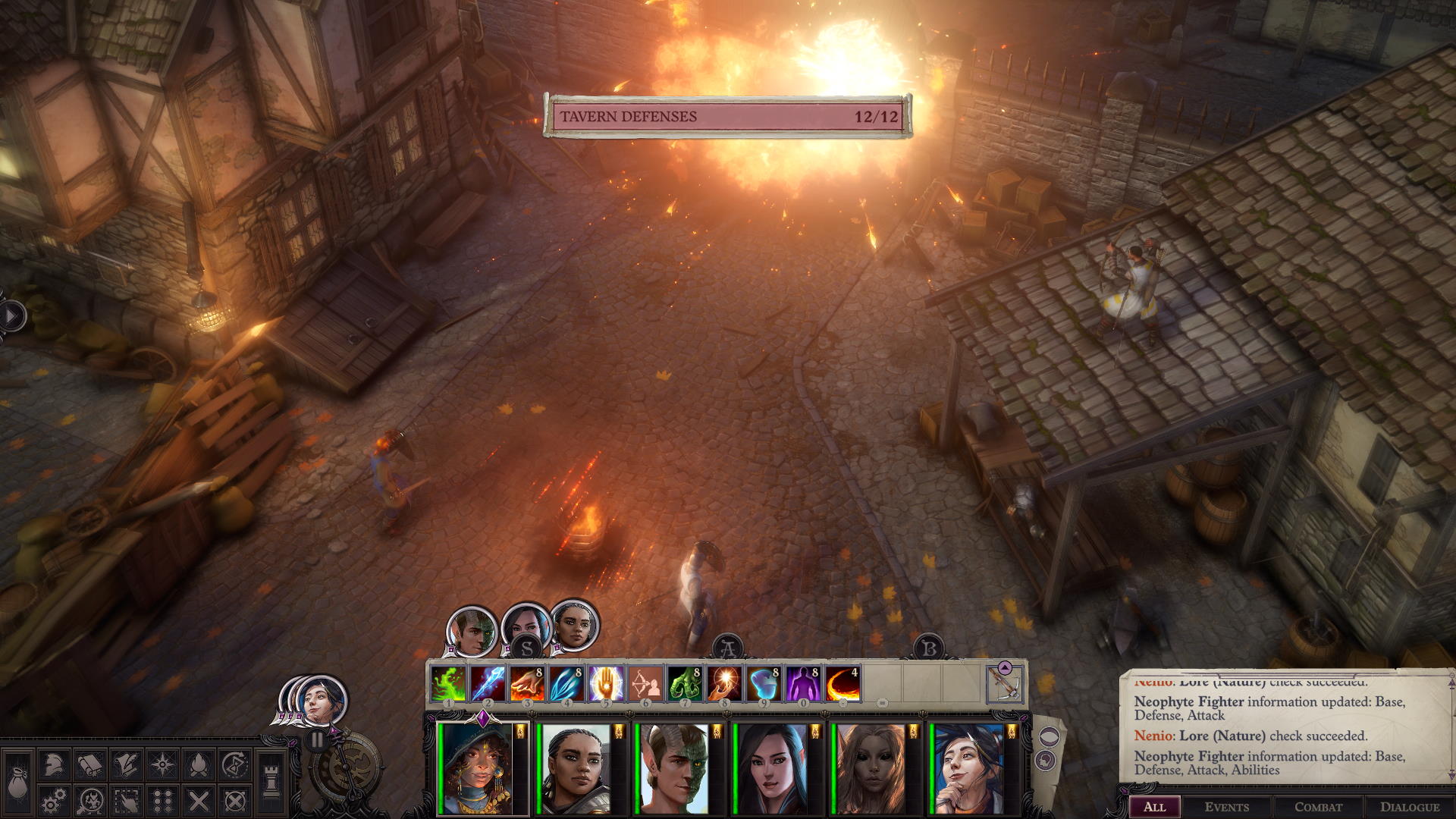 For players who like a bit of puzzling in their games, it might be worth noting that Pathfinder certainly has some puzzle elements and clues are available, but it’s good to know that the clues may not be in the same room as the puzzle you are trying to solve… so keep an eye out for scenery elements that might relate to puzzles and you should be ok. I quite like the travel screen too which seems a lot like a “war map” with your group being moved along it as a token to depict your progress as you go from one location to the next. 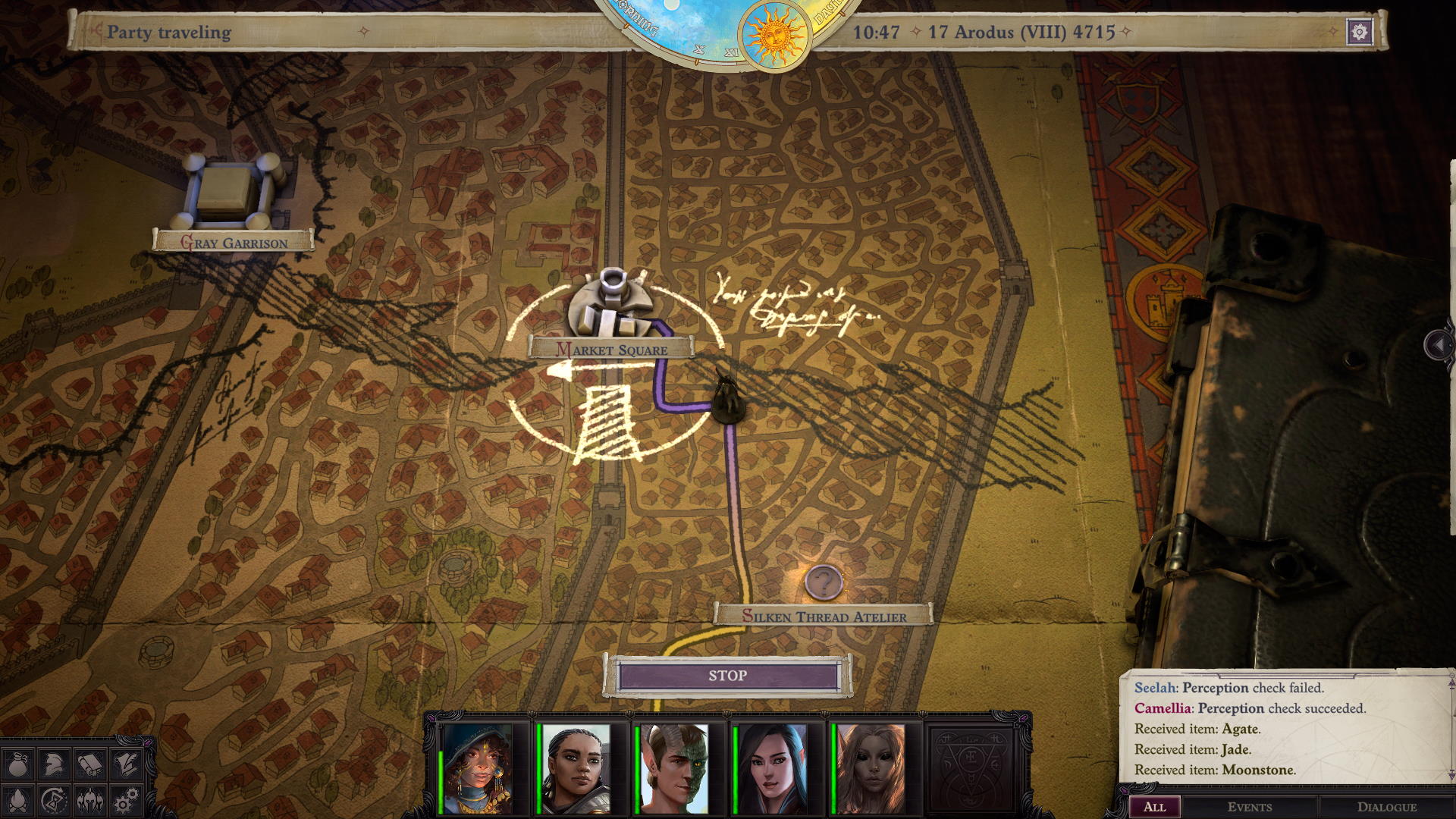 If you’ve been yearning for a good RPG to dig your teeth into and have fond memories of the classic isometric games from the late 1990’s then Pathfinder: Wrath of the Righteous is probably something you will enjoy.