Summary: Paladins is a remarkable free-to-play hero-shooter that is a technical marvel on the Switch, but is hamstrung by the system's functionality.

Playing Paladins on the Nintendo Switch for the past week has been a bit of a personal revelation for me. I was once of the firm opinion that just because we can port a game to the Switch, doesn’t mean we should. Before playing it, I would have suggested that Paladins has no business being on the Switch – I mean, who would want to play an online multiplayer shooter on a portable device with those tiny little thumbsticks? Well it turns out I was wrong, because Paladins on the Switch has consumed every free minute I’ve had this past week. 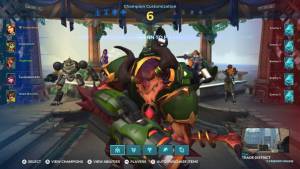 Paladins is a “free-to-play”, online-only, multiplayer “hero-shooter” that has been around in various beta forms for the past two years, and was only officially released in May 2018 on PC, Xbox and PS4, and June 2018 on the Nintendo Switch. However, at the time of writing, Switch players were only able to play the game by purchasing the “Founders Pack” on the Nintendo eShop for $45AUD, which includes all the characters and a few cosmetic items. A totally free version of the game will be available at some point in the future. 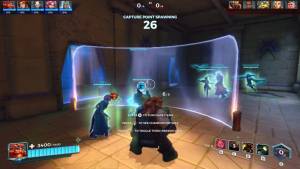 For those unfamiliar with the jargon, a “hero-shooter” typically refers to a first or third person multiplayer shooting game where the players take on the roles of unique characters that each have different abilities and playstyles. Shining examples of the genre include titles like Overwatch and Team Fortress 2, with Paladins now making a strong case for itself to stand shoulder-to-shoulder with these heavyweights. 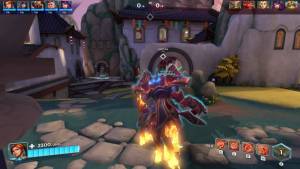 So what does Paladins do to distinguish itself from games like Overwatch and Team Fortress 2 that already have a firm grip on the hero-shooter genre? Well actually, there are quite a few design decisions that make Paladins stand out from the crowd. 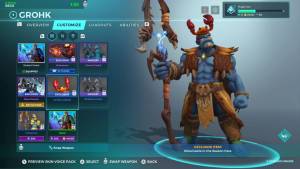 The most significant of these design decisions is the relatively staggering amount of variety and customisation that the gameplay in Paladins offers. There are currently 38 characters in the game with more to be released in the future. Each of these characters has four unique abilities that can be modified and saved within a loadout to select at the beginning of a match. Each character also has additional selectable modifiers that are unlocked the more you play with that character. On top of this, upgrades can be purchased mid-match with currency accrued from completing objectives during the round. 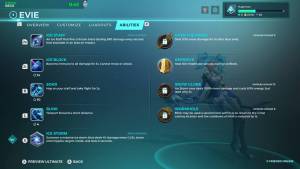 This may sound like an overwhelming amount of systems and variation to keep track of, but thankfully all of this is automated by default. New Paladins players won’t notice the majority of the ability modifiers when they’re playing the game, however more advanced players will appreciate the level of customisation and potential for strategy that goes into creating the optimal loadout for the team. 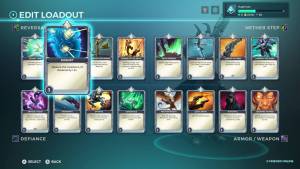 There are also plenty of cosmetic character and weapon skins available, and this is primarily how Paladins makes its revenue as a “free-to-play” product. Some of these cosmetics can only be purchased using currency that must be bought with real money, others are acquired through lootboxes that are rewarded as you continue to play the game, or can simply be bought with real money too. When the free version of the game becomes available on the Switch, it will feature a rotating roster of a handful of characters that are swapped out every week. Characters can be unlocked permanently with currency acquired in-game, or through purchasing bundles with real money. All of this is fairly standard practise for modern free-to-play games, and none of the purchasable items provide gameplay advantages. 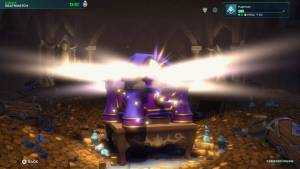 So why are we reviewing the Switch version of Paladins and not the Xbox, PS4 or PC version? All versions of the game are identical in terms of content and gameplay, and if you’ve ever seen Paladins in action, you’d understand why I was more than a little sceptical of how Nintendo’s tiny tablet would be able to handle the flashy, frenetic gameplay. The result still amazes me every time I get into a match. 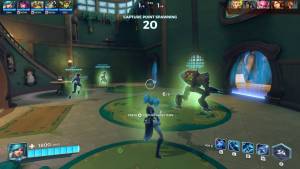 Paladins on the Switch is a true sight to behold. The game runs at a silky smooth 60fps and I never saw a single frame drop, even in the most frantic skirmishes. All the particle effects and character models look the same as in the other console and PC versions, and the large scale maps never suffered from load-in or texture pop-in.

When docked, the game runs at a resolution that looks comparable to the other console versions. However when undocked, the Switch version drops resolution rather significantly to make everything look like it’s been slightly smeared with Vaseline, a common technique used on the Switch that works better in some games than others. And yet I still prefer to play Paladins undocked, as it runs perfectly fine and I quickly grew accustomed to the lower resolution. 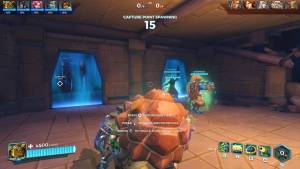 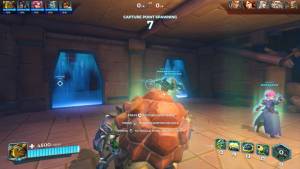 My biggest problem with Paladins on the Switch is that the game is totally unplayable if you don’t have an Internet connection. If you can’t login to the server, you can’t access any of the menus. I understand that the game has been designed as an online-only experience across each version and there would be a number of issues with account-related features if an offline mode were introduced. However, portability is one of the Nintendo Switch’s key features and to not be able to play a training mode or manage loadouts without an internet connection is a disappointment.

Also worth noting is the Switch’s dreadfully barebones online features. Organising to play with friends requires an exchange of ‘friend codes’ and voice chat functionality is still relegated to the obtuse Nintendo Switch Online app for your smartphone. That being said, Paladins makes the best of a bad situation by providing surprisingly stable netcode (even when playing in different regions) and cross-platform play with the Xbox One. You can also use the in-game chat features if you really want to communicate with your team through various pre-loaded dialogue options. 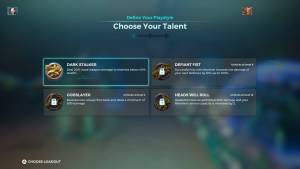 Paladins on the Nintendo Switch is a technical marvel. How Hi-Rez managed to cram their fully-featured hero-shooter onto this tiny little box by simply dialling down the resolution in portable mode is astounding to me. The game looks great, plays well and has a staggering amount of depth for those that go looking for it. If the free-to-play model follows that of the PC and console versions of the game when it is eventually released later this year, I can wholeheartedly recommend Switch owners to give this one a look.