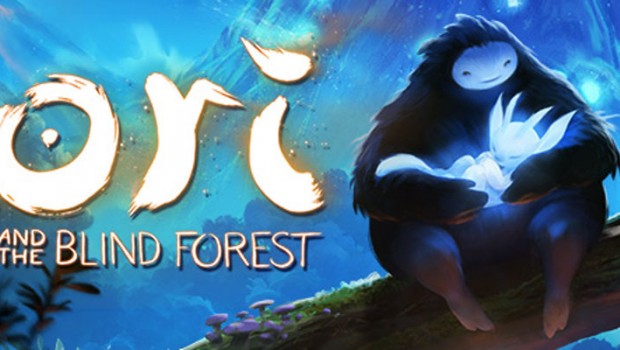 Ori and the Blind Forest XBox One Review

Summary: Ori and the Blind Forest is a 2d platformer that sticks to its bread and butter. It’s beautiful to watch and listen to and for the price you get a lot more than you pay for.

Within 10 minutes of playing Ori and the Blind Forest you’ll start to notice that you’ve got a lot more than what you expected to get in this game. MOON Studios has spent the past 4 years developing this 2D platformer and what they came out with is a game encased in an atmosphere of melancholy, shadows and hope. With its beautifully hand drawn graphics, expansive music score and fluid gameplay, Ori and the Blind forest is a tale told enchantingly and a game executed masterfully. 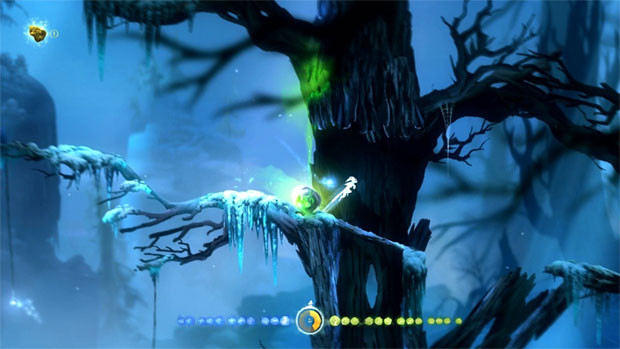 Ori and the Blind Forest is a coming of age story. You are introduced as Ori, a denizen of the Nibel Forest. Ori is a lemur-like sprite, a zippy little ninja made of white socks and light under the protection of a bulbous blue creature named Naru. After a few establishing scenes depicting Naru’s and Ori’s relationship, a calamitous supernatural occurrence happens in the forest and Ori’s carer Naru dies as a result. Corruption and darkness engulf the forest and the only one’s left to help is the now twice orphaned Ori and his new friend the little floating globule of light, Sein.

A complaint I’ve heard about Ori and the Blind Forest is that it doesn’t seem to have ventured into new ground, its gameplay isn’t unique and its model is ‘safe’. I agree, but I don’t think its lack of gameplay originality is an entirely negative thing. 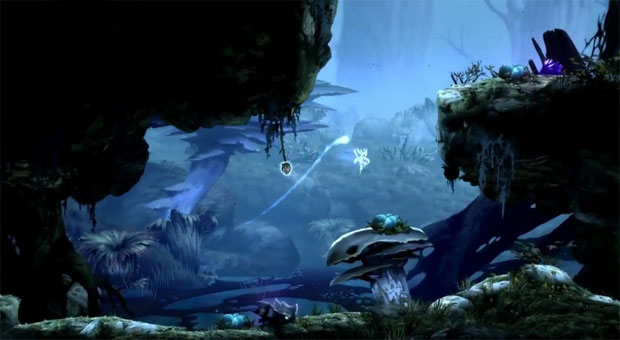 Ori and the Blind Forest is a Metroidvania through and through and as an action adventure 2D platformer this game is rock solid. Ori is nimble, agile, dainty and dexterous, the control you have over him is on-point and it feels ohsogood. 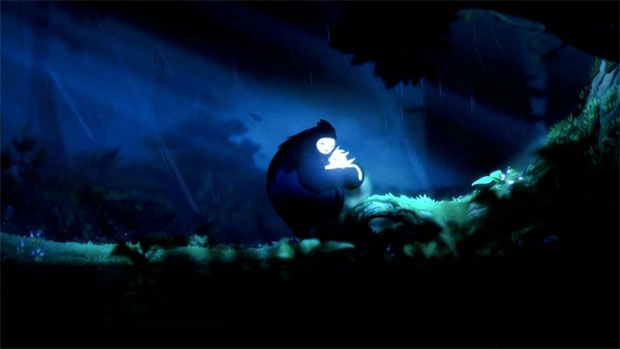 Playing as Ori you begin the game with only the rudimentary skills of running and jumping but as you progress and skills accumulate, you begin to traverse the Nibel forest differently: You scuttle up a cliff face, flip off, Sein lets off a pulsating light explosion in the air sending a pus heavy poisonous blob in 10 different directions and you in 1 direction… backwards, you free fall down, dodge a lurid green rolling monster, launch yourself off the skittish rotating creature, shoot towards a lantern, catch an enemy projectile and propel yourself back up towards a platform (whatever you do remember to create a soul link and save). The game then works at easing you back into your surroundings as the soundtrack loses intensity and enchants you with its dragging sombre melody. This is how the game is, high intensity, quick decisions, then moments of reverie, breath. 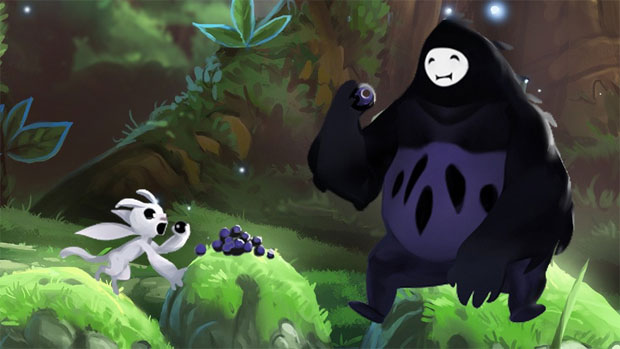 The crests and troughs of gameplay are important to enjoy fully the world MOON studios have created with hand drawn graphics. The world is gorgeous, it’s a fairy tale come to life, one second you’re in a deep purple forest flush with fluorescent floral overhangs the next in a charred fiery wood, ashen and desolate. At certain points during the game a silhouetted foreground can be seen where bugs and creatures scuttle, scurry and hide, with this kind multiple layering MOON studios have achieved a depth in 2D gameplay that is both convincing and inspiring.

The depth that the layering creates in Ori and the Blind Forest works in favour of the game most noticeably in its storytelling. Its storybook aesthetic coupled with the deep, sonorous voice of the narrator works in tandem to prop up interactive cut scenes in between objectives in the game. Fluttering leaves, churning colours and gentle light all in motion in different depth of space bring Ori’s world to life and his body language and expression translates his plight, melancholy and hope perfectly to the player. It is all kinds of pleasant. 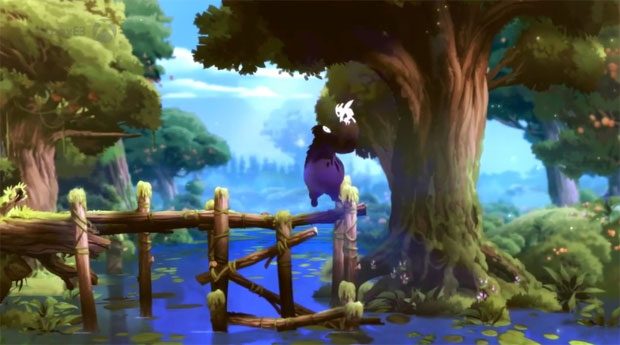 Ori and the Blind Forest is not a game you’re going to be raving in the streets about and it’s not all together revolutionary. It’s a modest game that does what it does well. This is a game to be enjoyed, it’s a game to get immersed in, it’s a game that’ll make you proud to be into gaming. Ori and the Blind Forest will leave you with an enigmatic feeling after playing, It’s a bit like reading a great book, seeing a new world, really seeing it. It’s worth 20 dollars.

By Nathan Pashley for Impulse Gamer