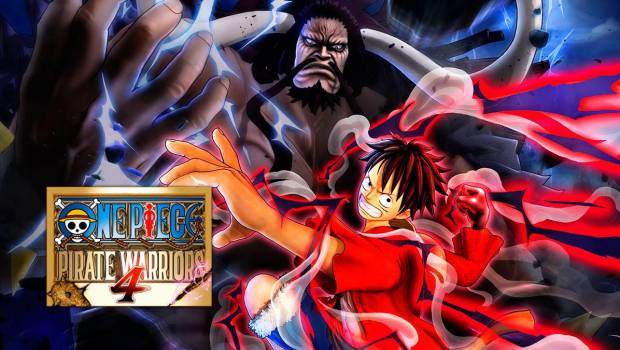 Summary: One Piece: Warriors 4 has undoubtedly the best game in the series so far. Fans of the anime and manga especially, will enjoy the features it provides as the most accurate adaptation of the series so far.

I’d just like to say right off the bat as a fan of One Piece, the developers and Bandai Namco has done an excellent job in terms of capturing the aura of the anime, and has done justice to this beloved series, in One Piece Pirate Warriors 4.

At the start of the game, players will be introduced to One Piece in the most entertaining and captivating way possible. You’ll go through part of the Wano arc that the series is currently in, as a high-level Luffy partnered up Eustass Kid. The goal is to take down Kaido, a powerful Yonko (Emperor of the sea). Of course, as a bulking behemoth, Kaido effortlessly disrupts your advances towards him, his power is far superior to yours.

Players will have access to Luffy’s more powerful skills in this section, such as Gear Third as well as other new moves, which highlight the peak performance of the game. This all just seems like a way for the game to show its new features as well as a goal for players to aim towards. Which it succeeds in doing. 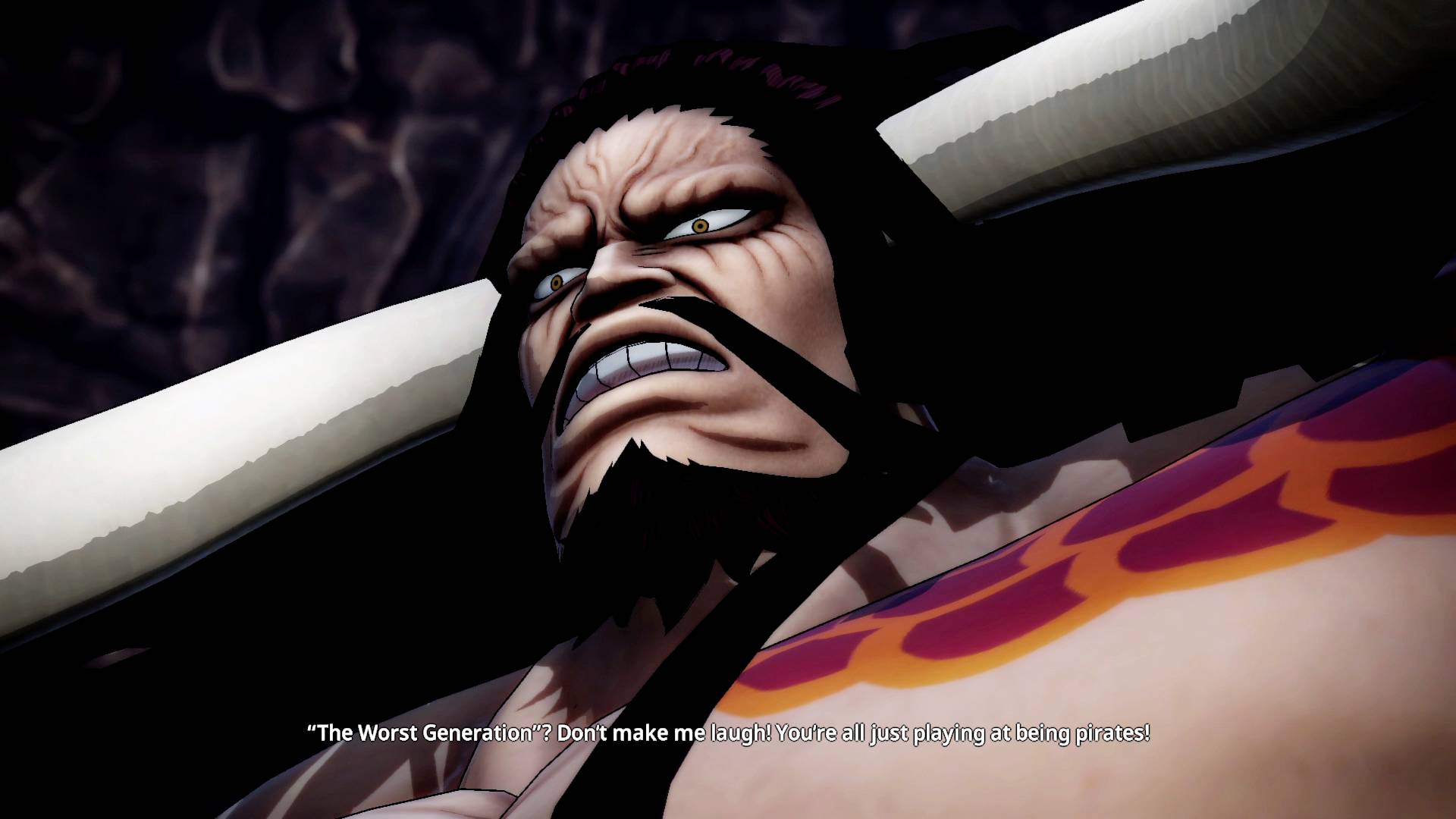 After this section and another brief introduction to the series by Gol D Roger himself, players will then be taken to a much earlier arc in the series. This time being the Alabasta arc. As such, each arc is sadly more abridged than the next, only having players playing through 5 chapters of each arc before hastily moving to the next.

The game doesn’t start at the beginning mind you, as the Alabasta arc is far from the beginning of One Piece. This unfortunately might affect players looking at Pirate Warriors 4 as an introduction to the series.

That isn’t to say the game is short however, as players especially fans of One Piece, will enjoy this massive take on the series spanning eight arcs, including the current Wano arc. Each chapter could take you as much as 20-30 minutes to complete if you aren’t rushing it. The game also rewards players playing through the Drama Log with medals, costumes, and characters to use in Adventure Log. 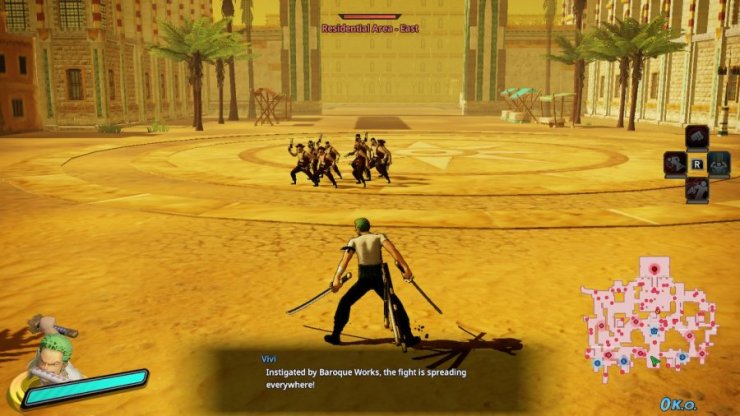 Speaking of which, the Adventure Log is also its best version to date. The game succeeds in letting players use any character they chose to go through a variety of scenarios based on the arcs of the main series. What stood out to me the most about the mode, is how with whatever character you choose, the other characters will have a natural response to them. Not just simple generic dialogue other series is known for, which I greatly appreciated.

Each character has their own set of powerful moves reflecting off their fruit type or combat style. For example, I chose Sabo (Luffy and Ace’s brother) the first time, and he felt both powerful and elegant to play as using his Fire based attacks. Pirate Warriors 4 succeeds at letting players revel in the power fantasy that is One Piece.

The gameplay style hasn’t changed much from the previous entries, whereby you take on one of the Straw Hat Pirates to pummel your way through thousands of enemies at a time, with some stronger ones mixed in, in a Dynasty Warrior-esque combat style the series is known for. 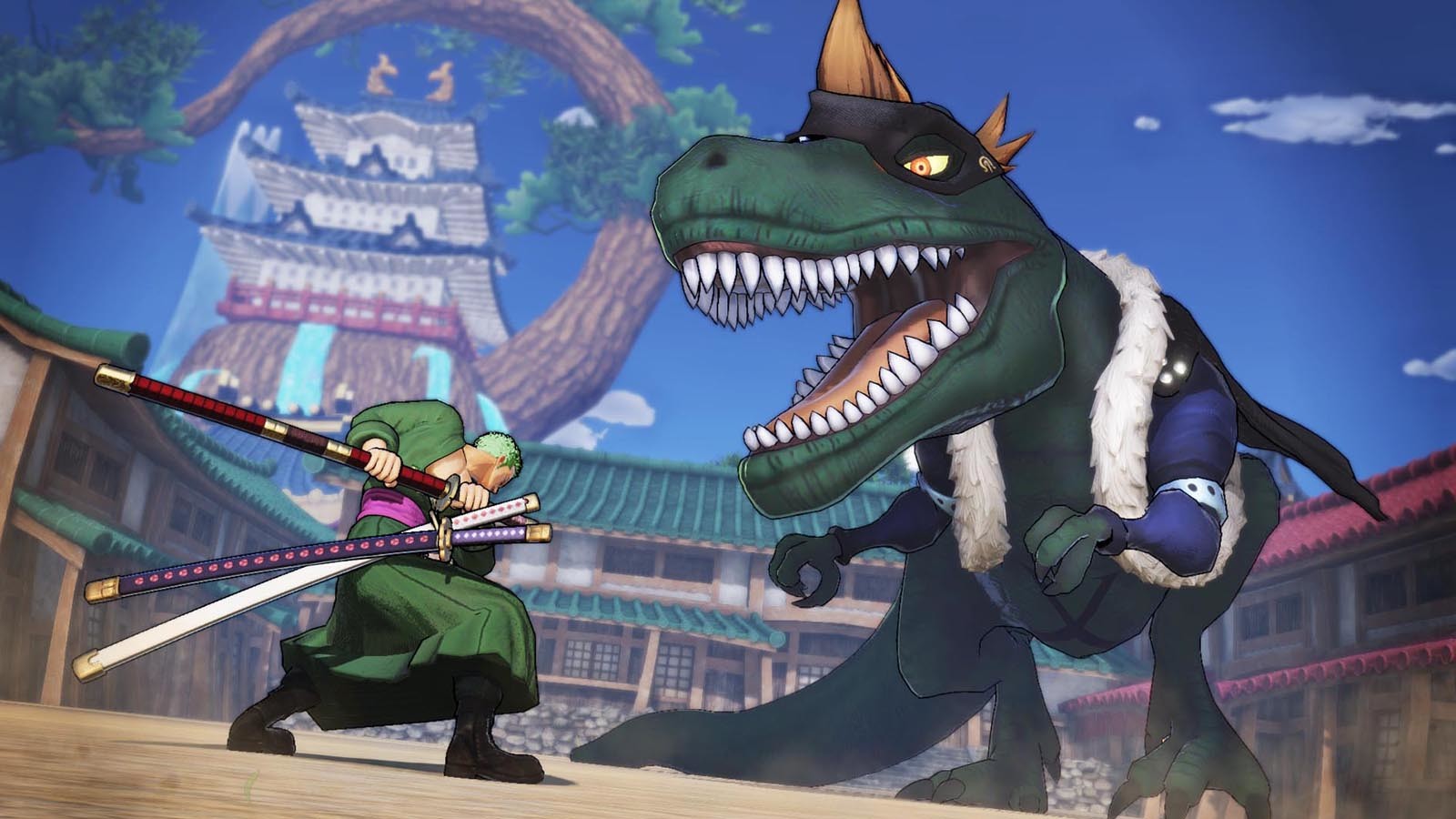 It’s all mindless action until you get to a point where you gain additional power (such as Gear Two, for instance) and become enthralled with the level of depth each character’s abilities provide. It’s just too bad that it seems you won’t be able to use moves such as the Gear moves or Sanji’s Diable Jambe anytime you want, and will instead be forced to only using them in specific scenes and fights in the story, which is quite annoying. To put it simply, stronger enemies in One Piece Pirate Warriors 4 are much more fun to control.

There’s also a new Growth Map which provides your character additional health, attack, defense, on so on. It uses different skill categories and player tokens to level up; so if you beat up a specific enemy enough times, you’ll have enough tokens to level up a particular branch of the Growth Map.

My only gripe with this system is the fact that it might not be easy to understand for new players, and it also doesn’t give you enough reason to use it. You can easily get farther in the game without using it once or even knowing it exists. 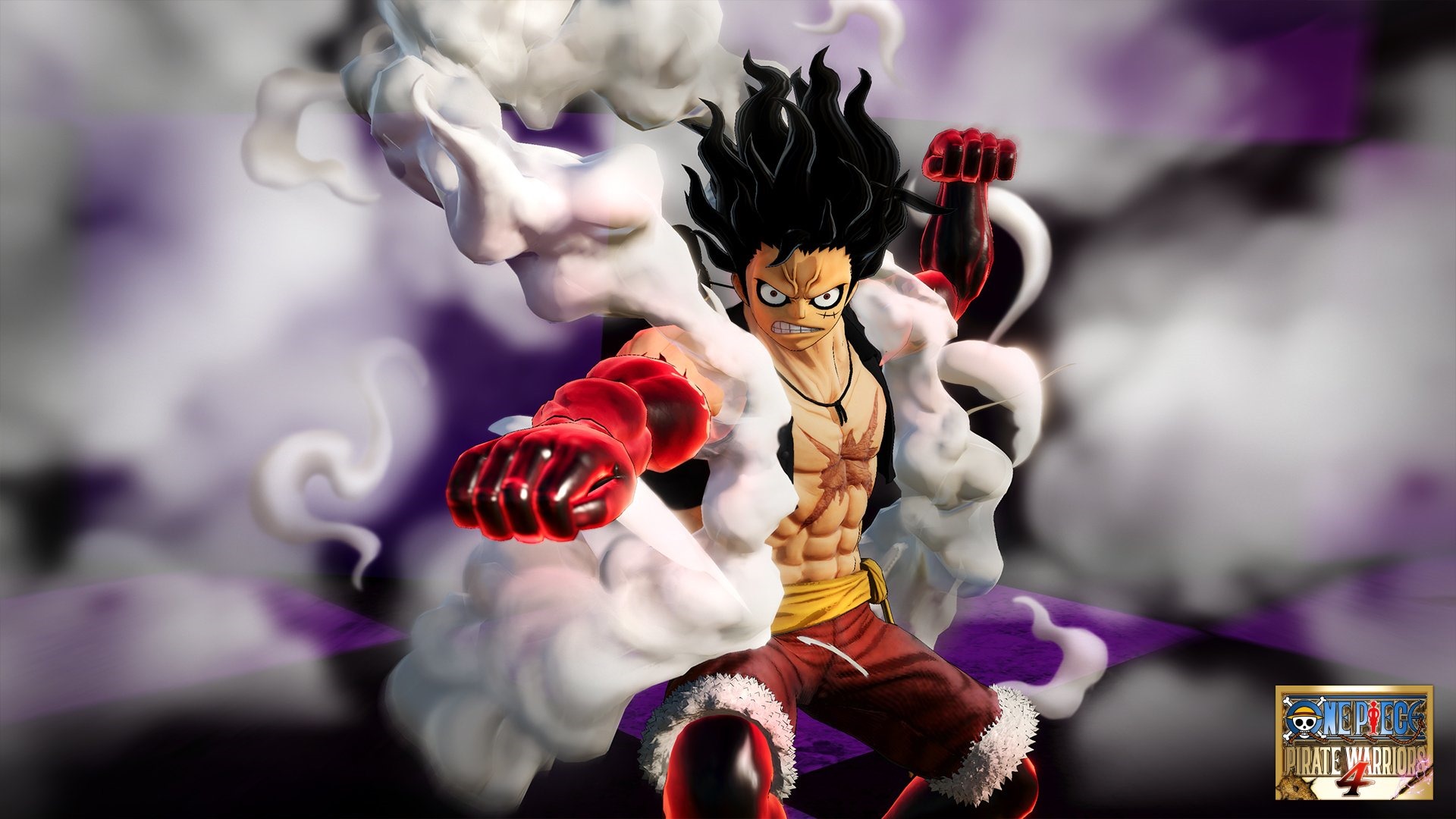 The next issue I have with the game is its 3D animation. I’m not a fan of the 3D and CG animation as it makes the characters all look like rubbery substances where the only character who has the right to, is Luffy.

The animations can also feel limited and stiff in certain moments but seem to shine in scenes that matter the most. Nevertheless, I’m not surprised as the series has been using it quite consistently for some time now, and I doubt this will change any time soon.

Still. It doesn’t hinder the experience much because Pirate Warriors 4 has done the best job so far in bringing the series to gamers. Each scene reminiscent of the anime and manga is portrayed expertly and even makes fans such as myself gush at each character interaction and plot point, causing mass nostalgia while doing so. 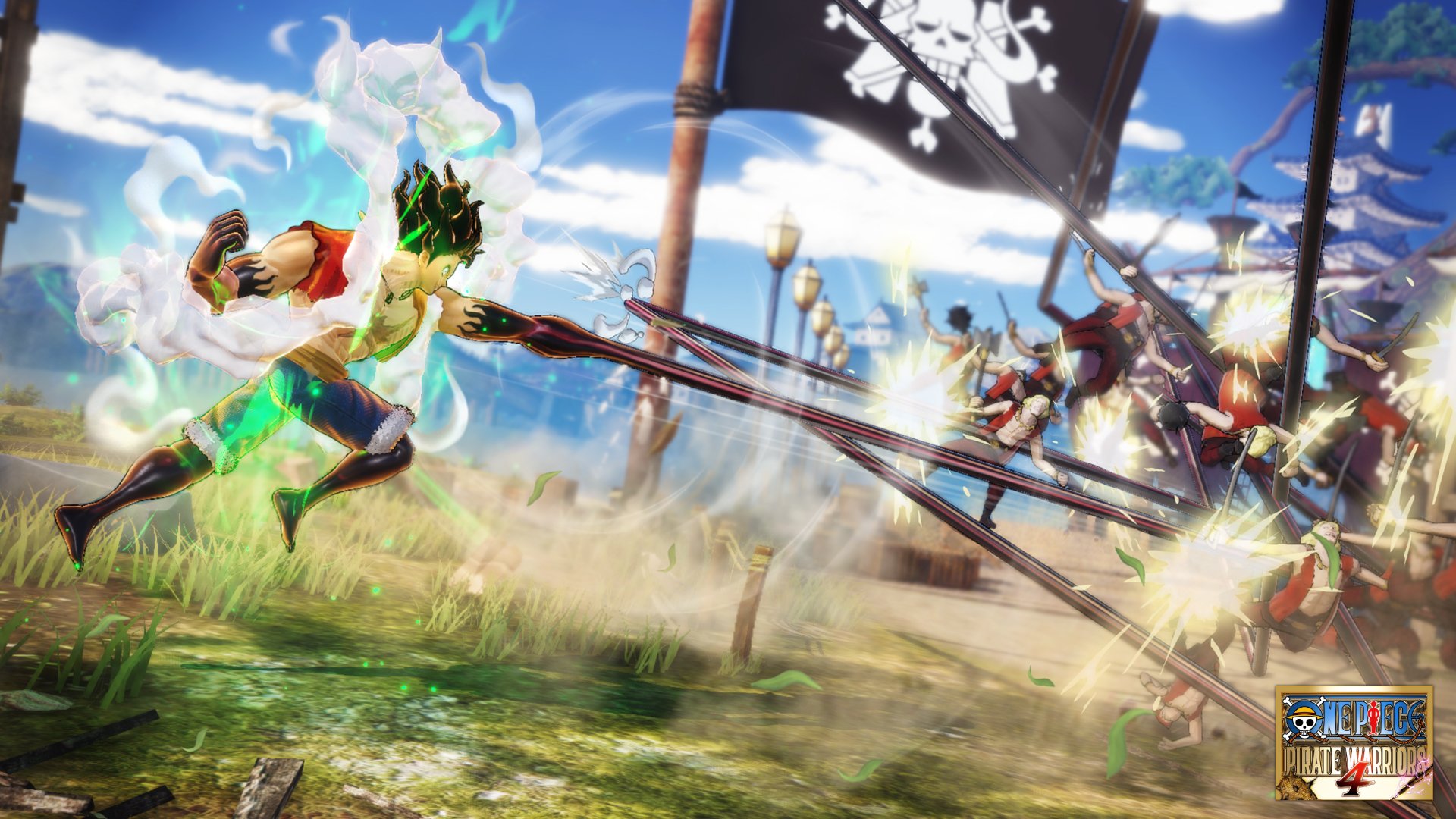 Overall, One Piece: Pirate Warriors 4 succeeds in doing what most anime-based games fail at. Its fluid, offers a tremendous amount of fan service, and not to mention its ridiculously fun to play through with fantastic production and an equally incredible soundtrack to boot. For the One Piece fans out there looking for a game of their favorite anime, I say this is the best one we have on the market so far, despite the faults it has.