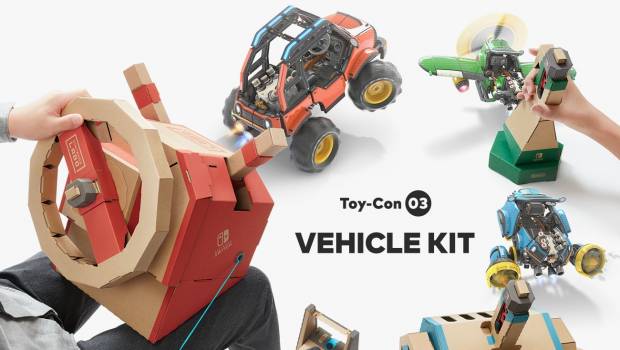 Start your engines… Only two weeks until the launch of Nintendo Labo: Vehicle Kit

Similar to other Nintendo Labo kits, there are several fun creations for fans to build – including a Car, Submarine and Plane – along with the following features unveiled in the video:

For more details on Nintendo Labo, visit https://www.nintendo.com.au/labo/ or check out our YouTube Channel https://www.youtube.com/NintendoAU.