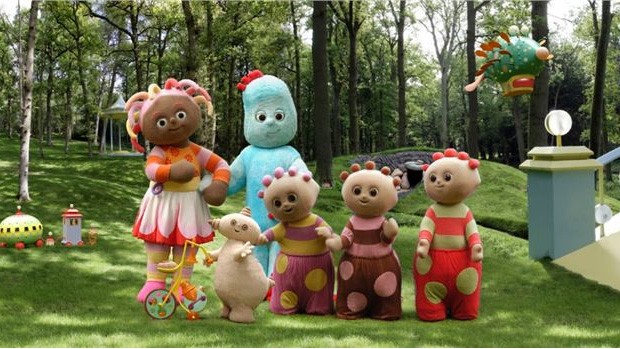 In The Night Garden: All Aboard The Ninky Nonk DVD Review

In The Night Garden: All Aboard The Ninky Nonk DVD Review Chris O'Connor
Feature
Video
Audio

Summary: For the little tykes or the grown ups who are only half awake... 3 hours of peace may be possible.

Many years ago a show came out called The Teletubbies, and it received a degree of flak for how it portrayed speaking, claims about the notion that because the characters didn’t speak properly but rather in a childish semblance of the words they were intending that it would somehow stunt a child’s language development. It turned out that the reason for this was that the developers felt that the children would be able to more easily associate with the characters on screen and it would help them feel more confident trying new words. As that show started winding down a new show from the same creators came into being, In The Night Garden.

In The Night Garden was developed, according to producer Anne Wood, to entertain and relax it’s target audience of one to four-year-olds. Much like its predecessor, rumours abound that some of the actual audience for this show are those who like to imbibe “herbal relaxants” I have no experience there but as an adult watching it with their children… there are enough things in the world of the Night Garden to make you question what’s going on without any “assistance”. 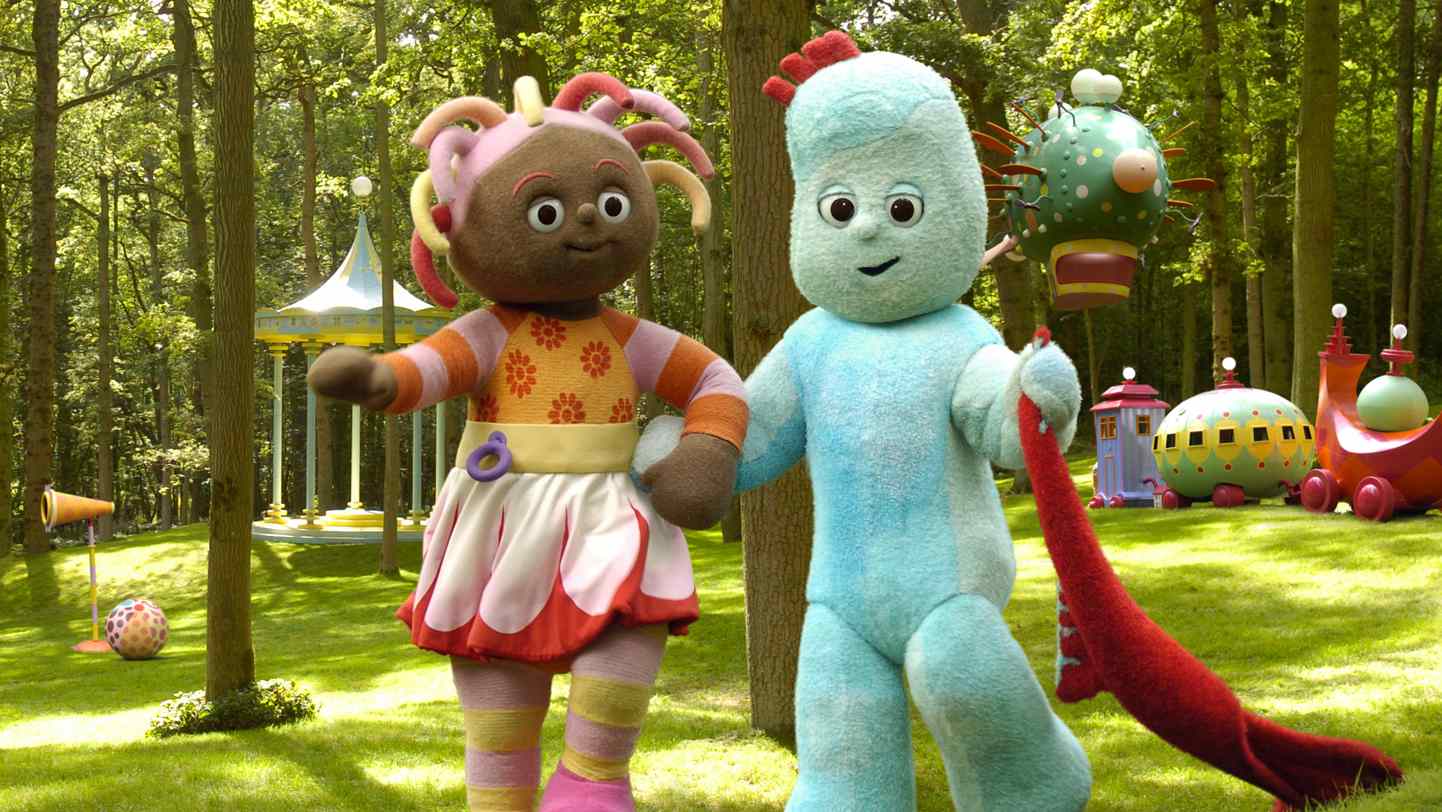 Perhaps the most important part of this disc for parents to note is the all important running time!!! This disc (being a collection of 7 episodes) runs for around three hours… so if it’s the sort of thing your little ones enjoy, you can actually have some of that previously mentioned relaxation yourself.

The episodes contained on All Aboard The Ninky Nonk are

If you’ve never seen In The Night Garden then those episode titles will be quite baffling, if you have seen in the Night Garden then those titles will be… quite baffling. It doesn’t even help to know that the Ninky Nonk is essentially a train… or at least what passes for one In the Night Garden… if you think of a childs pull along play toy, one of those things linked with bits of string… then you are in the ball park of what we are dealing with here. The big difference between a train is that the Ninky Nonk is not confined to tracks and as such it can go wherever it pleases and it does indeed do just that, zig zagging around the Night Garden, traveling up and down trees, through hedges and occasionally even upside down. I could almost imagine a theme park being designed around the Night Garden with the star attraction being a ride on the Ninky Nonk. 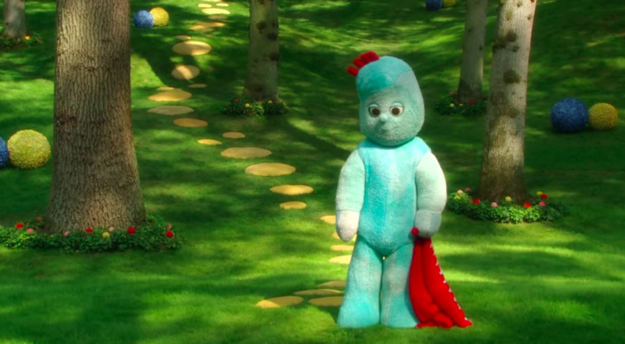 Unlike the Teletubbies In the Night Garden isn’t quite so interested in helping children learn new words and improving their education… it really is more about being a fantastical place “between waking and sleeping”… for all of those exhausted parents who spend the majority of their life between waking and sleeping you may find yourself hypnotically staring at the screen as the adventures of the Ninky Nonk in the Night Garden transpire… your children may also enjoy it. 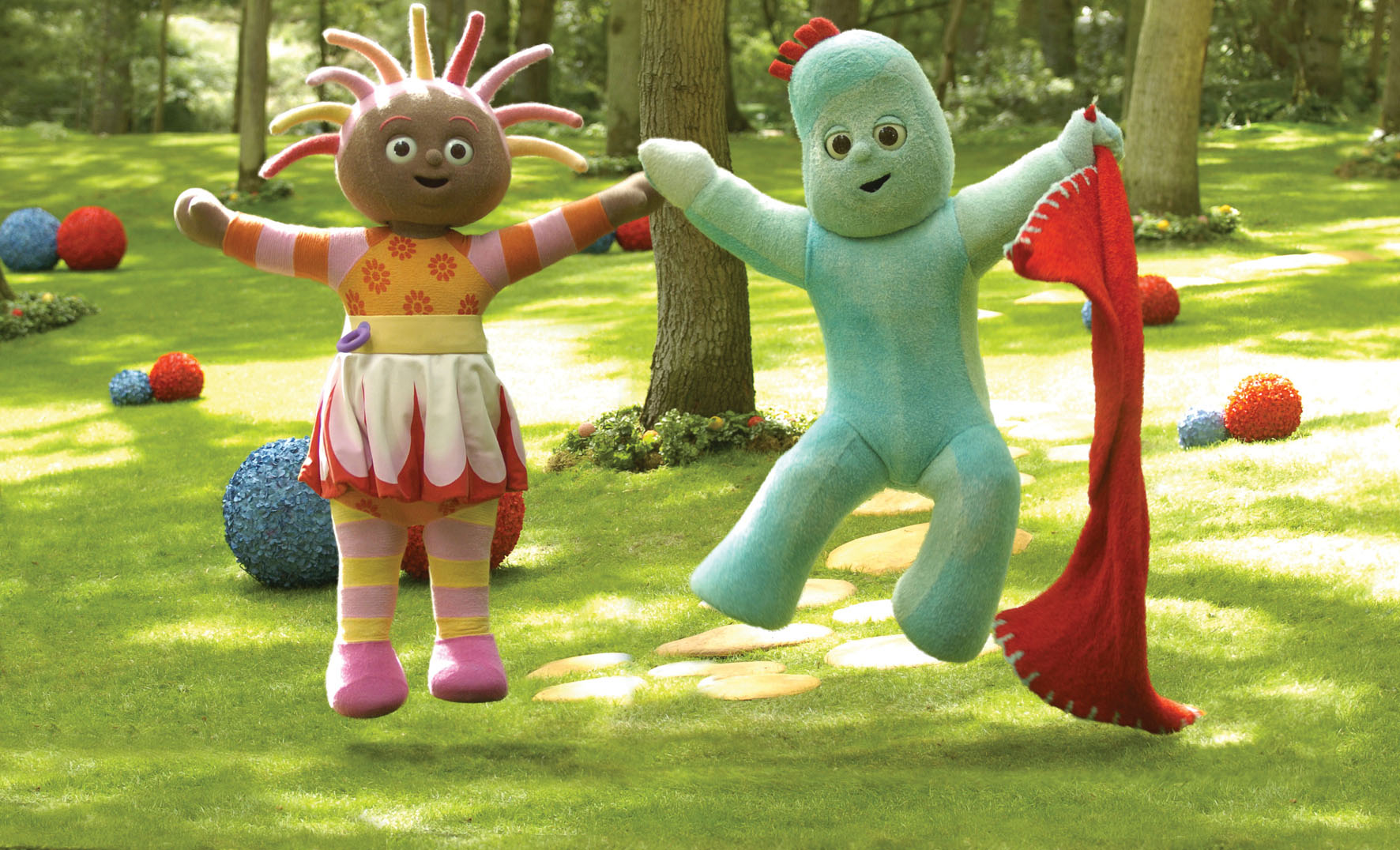 For families with a fan of the show this is definitely a great value disc to add to the collection, children will enjoy watching the stories, parents will enjoy having some time to themselves. It’s harmless fun that can occasionally be quite intriguing, in a weird way. So buckle in and prepare to spend some time with Igglepiggle, Upsy Daisey, Makka Pakka, the Tombliboos and the Pontipines and all their friends… in the Night Garden. 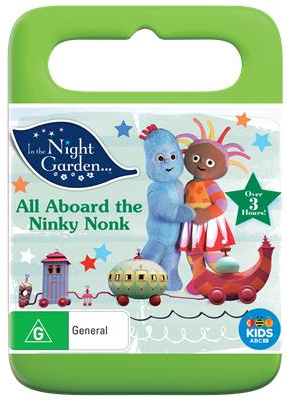