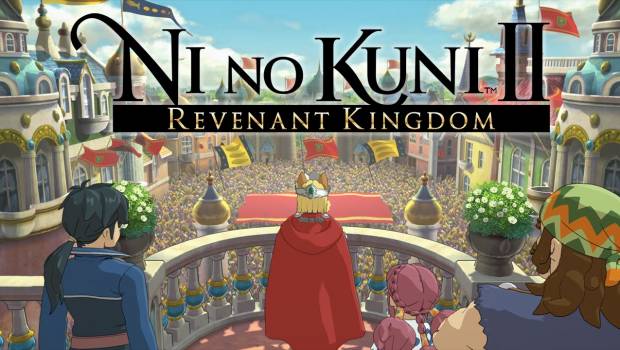 There are times in Ni No Kuni 2: Revenant Kingdom where it almost feels too streamlined, as if some of the soul from the delightful original has been removed. Yet just when the game seems to feel like a by the numbers sequel, something magical happens. Be it one of the many amazing kingdoms, a gloriously witty line or Joe Hisaishi’s sweeping score kicking in, Ni No Kuni 2 keeps finding ways to lure you back in to its charming world. 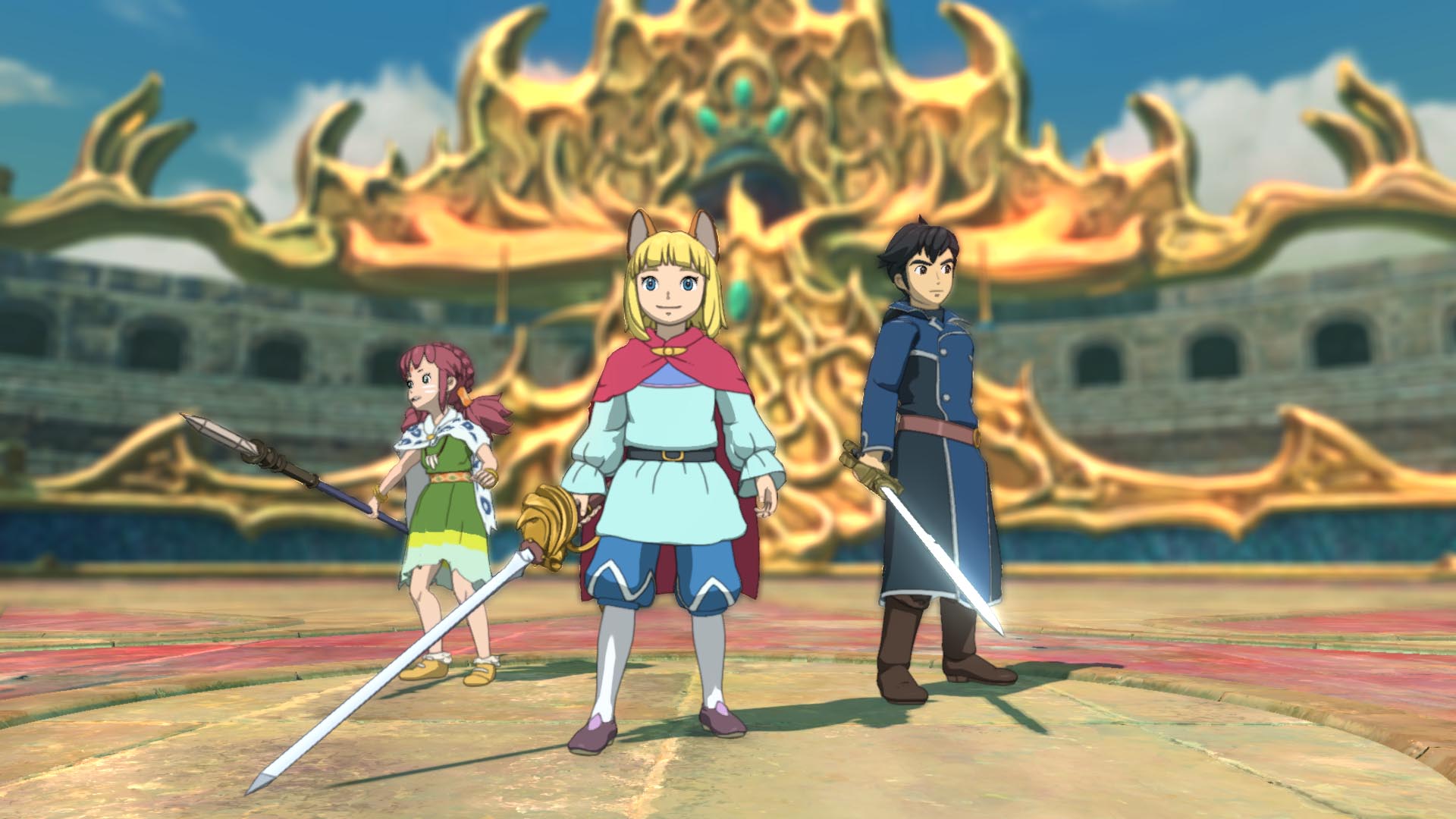 The aforementioned streamlining is definitely present in all aspects though, and not always for the best. The opening few hours of Ni No Kuni 2 are among some of the most boring I’ve ever encountered in a JRPG, and part of the reason why is the tossed off way it establishes the stakes. The original Ni No Kuni instantly had emotion, and a bond to the main character after a traumatic loss. It also helped that Mr. Drippy arrives right from the start, injecting levity and a unique quality into the game. Ni No Kuni 2…. Does not have this.  The story beings with Roland, a President of an unnamed country, watching said country being nuked to oblivion. He then wakes up in another world, many years younger only to find himself swept up in a coup.

Here he meets boy king Evan Pettiwhisker Tildrum and escorts him out of the kingdom. It sounds dramatic and even includes the death of a mentor character, but everything is so quickly and casually dashed off none of it has any weight. It doesn’t help that the gameplay of this section is a hallway simulator leading you through a series of battles that introduce you to the combat mechanics. Of course it gets more interesting as it goes on, and toys with a few major ideas. Political corruption is rife in the games many kingdoms, rulers that were once peaceful and noble have since fallen to greed and fear. Even Evan’s plan to unite all the kingdoms so there will be no more war skirts remarkably close to facism, yet Ni No Kuni 2’s story unfolds more like a childhood fairy tale, choosing to leave the more complex themes on the sideline. 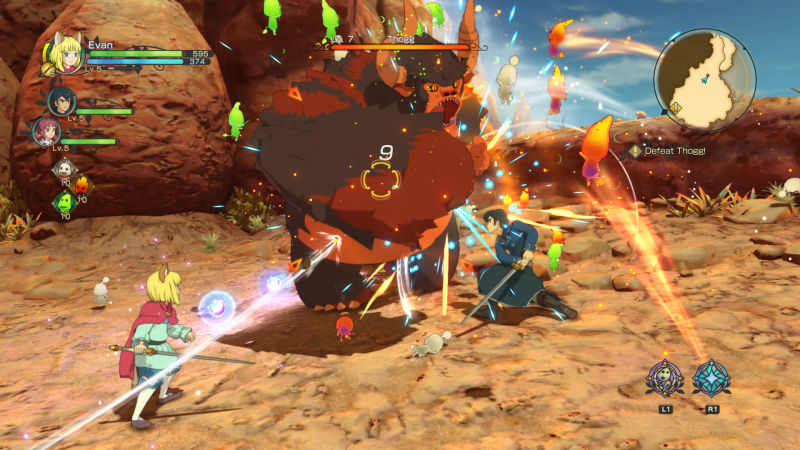 Where the story can at times be rote and predictable, the English script itself is full of life. Everything from the dialog to the items have a wit and humour to them, and for people worried that there is no Mr Drippy, there is still a fairy with a major role to play. Tidy. It is well acted for the most part as well, which makes it all the more frustrating that so little of the game appears to be fully voiced. Major cut scenes are all superb but most interactions are presented by text boxes, which saps some of the life of the game, especially one where the script creates such rich dialects and accents.

Combat is another area where the games streamlining has taken effect, once again for better and worse. Gone are the familiars, and the Pokemon style management and collection that took up so much of the first game. Combat is now real time, with multiple weapons and little helpers called Higgledies. I found combat to be one of the more frustrating aspects of the first Ni No Kuni, so the overhaul is welcome. The use of multiple weapons each with their own skills is interesting, but for the most part you will just be spamming the attack and special skill buttons. The Higgledies also don’t make too much of a difference. They bounce around the combat area and when they are ready can be activated to help attack your enemies or heal your party. It’s another interesting wrinkle that is mostly reduced to a single button press. Combat is mostly very easy, which means it is possible to lose interest in fighting quick. On the other hand it severely reduces the amount of mind numbing grinding most JRPG’s force you to do, so swings and roundabouts. 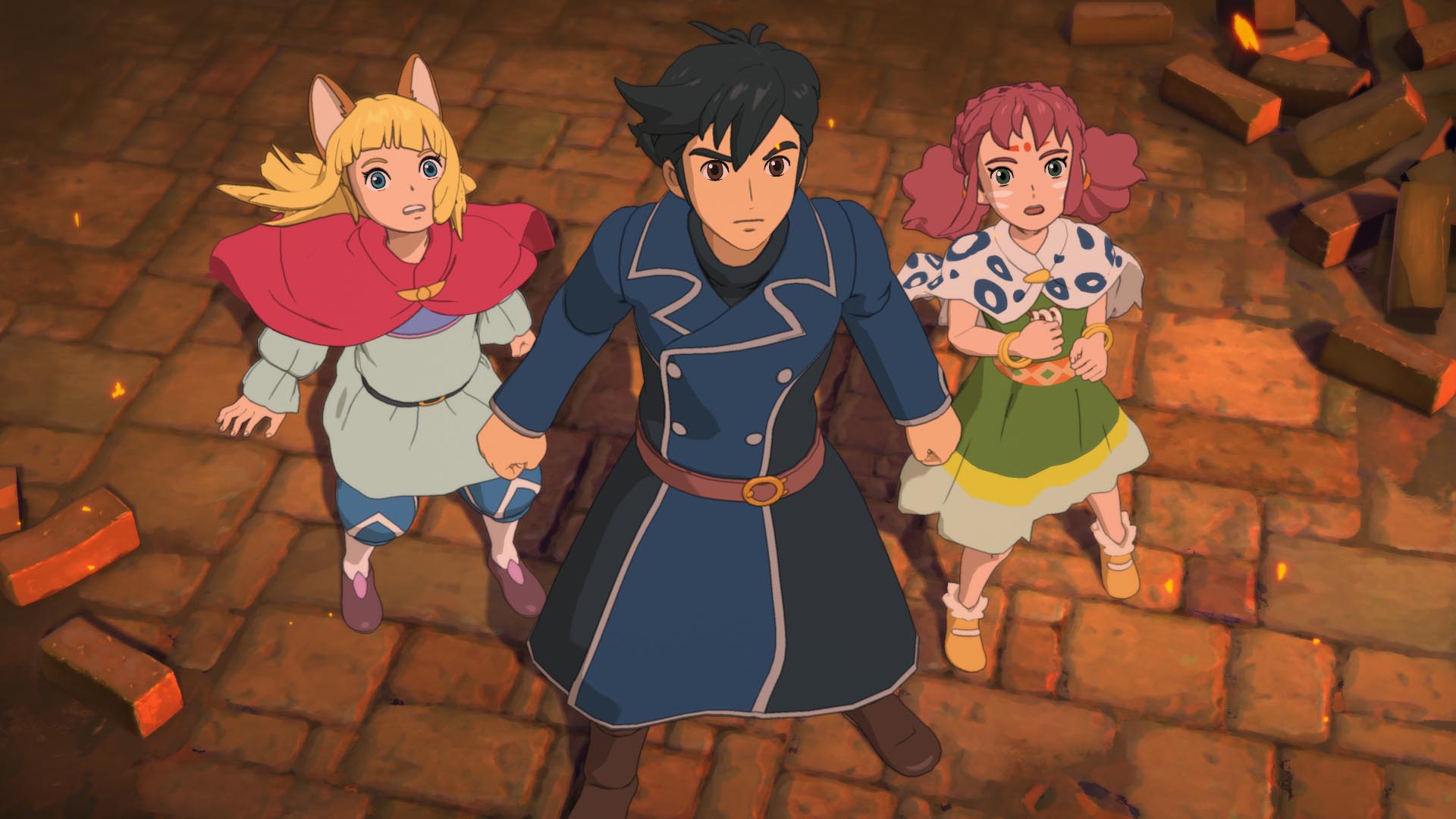 There is also a brand new style of battle to come to grips with, the Suikoden style military battles.  In this feature Evan is supported by troops from his kingdom on a battlefield where he rotates his troops around him in order to gain an advantage. Special attacks can be called in as well to turn the tide of battle. These are fun little diversions and do not occur too much during the game, but help contribute to the feeling of building a kingdom.

Speaking of building a kingdom, Evan’s quest to make Evermore is a fun little side diversion. It acts as a mini RTS game, complete with recruitment of locals and management of resources. It is another aspect that is reminiscent of the Suikoden games, which is never a bad thing. You don’t have to spend a lot of time building Evermore if you don’t want to, but if you do dedicate time to it you will find a lot of rewards are to be gained, also it helps make the side quests around the world feel like they are something more than just fetch quests. 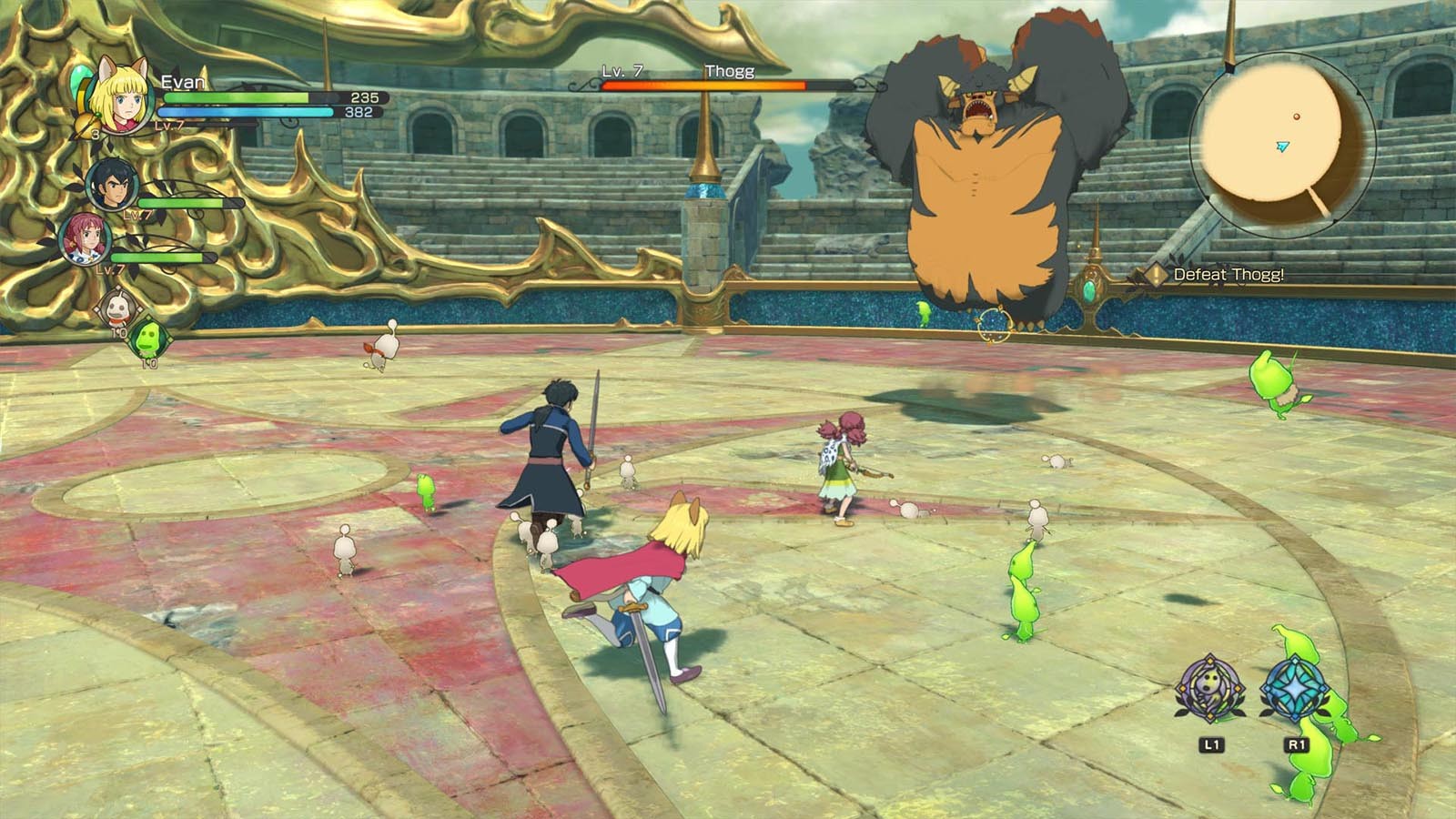 It sounds like I’m down on Ni No Kuni 2, but for every flaw encountered there are multiple charming moments that are just so winning that you tend to forget about any shortcomings the game has. The world is a joy to explore, the score is absolutely magical and it’s just plain fun. If the flaws were fixed it could be a contender for game of the year, instead it’s just a very good game and one that is very much worth your time.