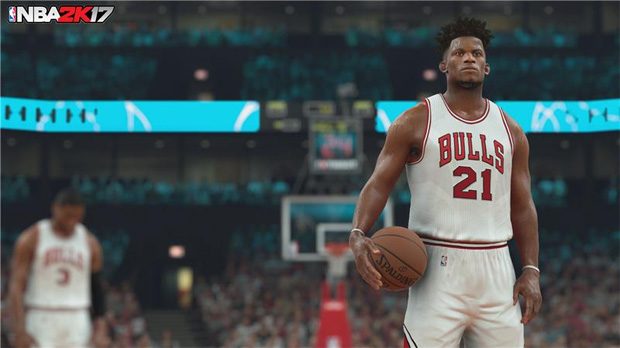 Set to debut in 2018, this ground-breaking competitive gaming league will consist of teams operated by actual NBA franchises.  The founding teams, each composed of five professional eSports players who will play the game as user-created avatars, will be announced in the coming months.  The NBA 2K eLeague will follow a professional sports league format: competing head-to-head throughout a regular season, participating in a bracketed playoff system, and concluding with a championship matchup.

“We believe we have a unique opportunity to develop something truly special for our fans and the young and growing eSports community,” said NBA Commissioner Adam Silver.  “We look forward to combining our best-in-class NBA sports team operators with Take-Two’s competitive gaming expertise to create a brand new league experience.”

“We are proud to expand our strong relationship with the NBA and co-create the NBA 2K eLeague,” said Strauss Zelnick, Chairman and CEO of Take-Two.  “Through the NBA 2K series, which is renowned throughout the world for capturing the authenticity of the NBA and the passion of its fans, we have a proven track record of highly successful collaboration.  With this new venture, Take-Two and the NBA aim to fuel the accelerating growth of eSports and take the thrill of competition to exciting new heights.”

The relationship between NBA and Take-Two dates back to 1999, with the NBA 2K series selling over 68 million units worldwide.  The most recent release, NBA 2K17, is the highest-rated annual sports game of the current console generation and the highest-rated title in the history of the NBA 2K series.(1)  To date, NBA 2K17 has sold-in nearly 7 million units, and is poised to become 2K’s highest-selling sports title ever.

In December, 2K launched its second official eSports competition, NBA 2K17 All-Star Tournament, which offers teams of gamers the chance to win a trip to NBA All-Star 2017.  The 5-on-5 tournament, featuring a $250,000 grand prize, will culminate on Feb. 17 in New Orleans.