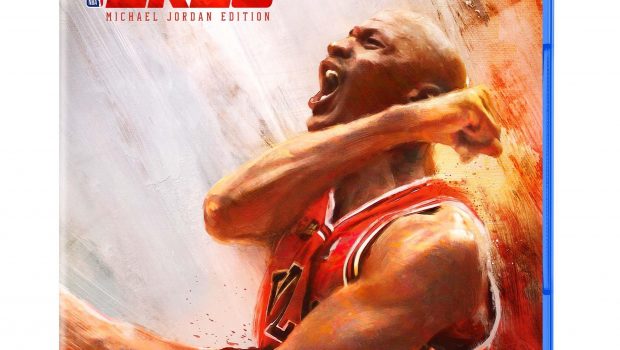 Summary: NBA 2K23 is a massive step forward for the series in nearly every fashion. Gameplay, presentation and experience upgrades make this the best 2K in years.

For years, I’ve lobbed criticism that the NBA2K series an endless cycle of recycled flash with limited upgrades to substance. Even NBA 2K22 – which took some strides on next gen – fell short on truly advancing gameplay…and served – for many – more a cash grab for virtual currency than a next-gen console celebration of The Association. It’s time to eat crow: NBA 2K23 on the PS5 is the first deliberate step forward for the franchise in seemingly forever, and with it a truly enjoyable game of basketball.

Specifically and for far too long, NBA 2K looked and played staccato, a cheese fest of endless right stick dribble move spamming and massively leveled up and ridiculous MyPlayer models in The City. While the latter isn’t completely remedied, most core elements behind the game at last are.

Most noticeable is the eureka of truly free flow gameplay. Significant upgrades to player physics and interaction eliminates the ‘dribbling on a string’ sensation sadly so prevalent to 2K, likewise introduces an ability to use momentum to beat players to a spot and subsequently to the hole. New right stick double tap animations more logically locate open lanes, and – conversely – a defensive shutdown feature correctly applies additional angled pressure to players facing up a dribbler (to limit movement in a certain direction). Going against displayed defensive, on-ball pressure can result in a poor outcome including lost dribbles and/or a strip.

2K23’s physics enhancements also thankfully cut down on so many formerly stupid passes to no one, as players more appropriately bounce off of each other when off the ball. Sister AI also moves said players around the court in more realistic fashion (versus hanging out en masse on top of the key…with a center down low, in isolation).

Hooray to a prodigal son returning, as the long overdue and seemingly forgotten (as it last appeared in NCAA Basketball) one touch player cut returns. Holding down the triangle or circle button will send a targeted players on a cut to open space or to the tin, respectively. Related, holding down the x button will look for longer passes (which cuts down on unwanted and unnecessary errant passes). These new features (to 2K, at least) aren’t perfectly executed, and produce too many turnovers on what should be easy cuts. Still, I’ll gladly take these welcome upgrades and a wonderful acknowledgment that most want a happy medium between micro-manage playcalling to spamming pick-n-rolls.

Perhaps most importantly, 2K also made a very good decision on re-doing its entire computer AI formula for defense, with opposing players now reacting versus default sticking to ball handlers. This is such a breath of fresh air for a series formerly requiring endless tweaking of sliders to begin to compensate. Yes, more blow-bys will occur…but that is how real basketball is played. 2K also somewhat controls for overuse of the blow-by in limiting the number of acceleration moves per possession, per player. Speedy players with good handles can now maximize quick flicks then short bursts to find and maximize open space…as long as they pick their spots. James Harden is my homeboy once more. 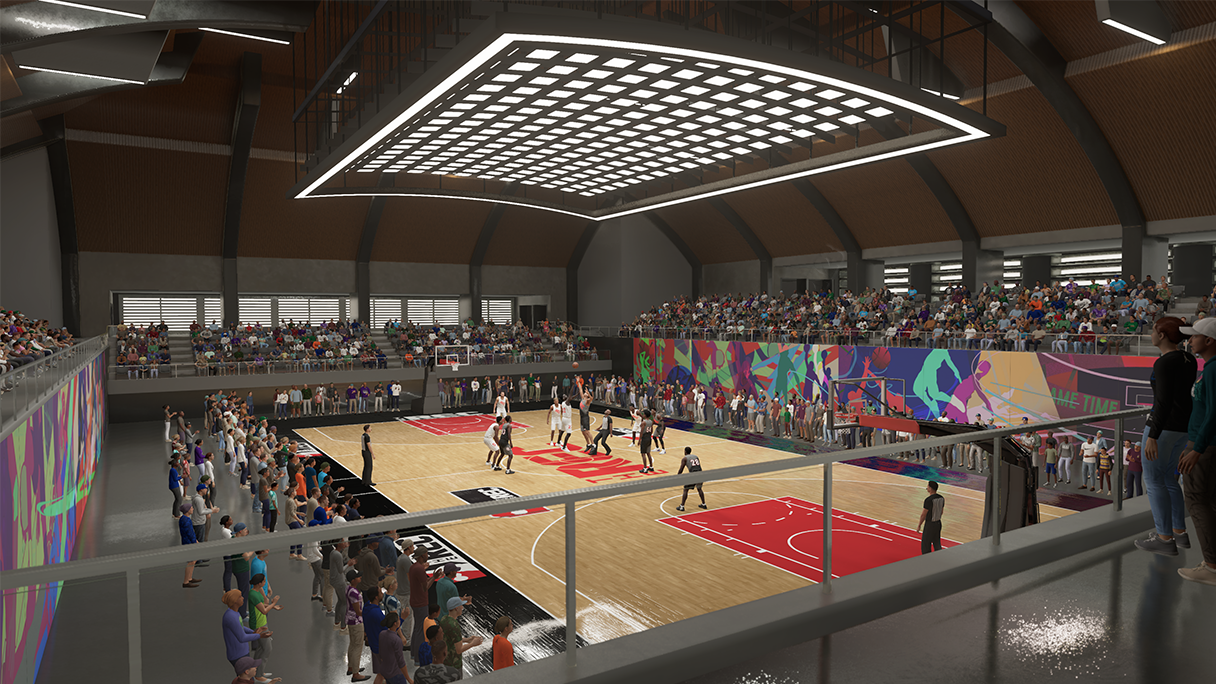 In tandem, the default NBA2K23 shot meter is heads and shoulders above that in 2K22, where regularly going green is no longer something for online 99 rated chuckleheads only. Everything about the new shot meter just feels…better. Many times my superior shooters realistically (noting a height, skill and spacing advantage) nailed jumpers over defenders to include from three. This is surprisingly also true in the post, where solid bigs now have room to work and can apply actual physics to get around, under and over defenders. Similar praise to the application of this new meter to free throws.

In the paint, players will also notice much better finishing moves that react to situations and physics more appropriately. Scoops, reverses and euros now execute mainly as intended, with there an array of ballyhooed additional dunks (i.e. hanging on) for those into showing out. Everything just plays better. This is most evident with superstars, where dribble drive and/or spot-up is beautiful. Kevin Durant plays like KD.

Sure, it’s not perfect. Charges come more often but not enough. Freak injuries pop up at odd times. Offensive rebounding is cheesed for certain players. But 2K23 is such an improvement over so many 2K titles before it, it’s important for game to recognize game. 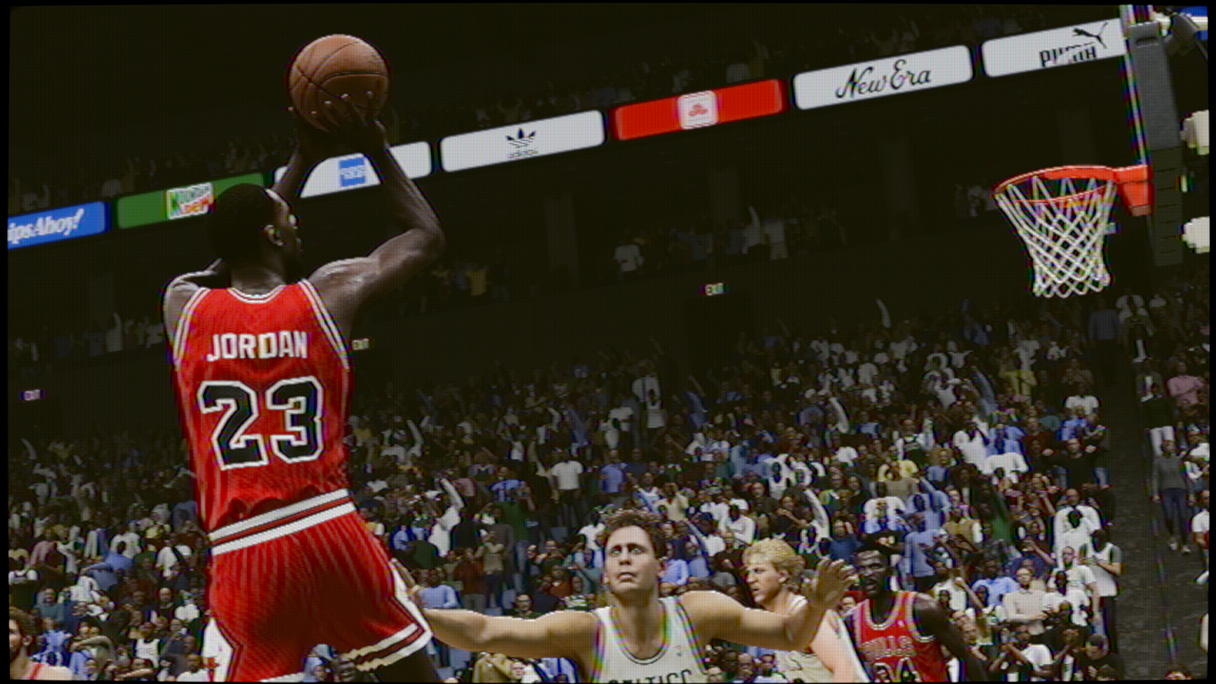 Recognizing game begins with the GOAT, as 2K23 an homage to #23 throughout via Jordan Challenge. This new Jordan mode offers an opportunity to play through MJ’s greatest moments, complete with visuals, broadcast presentations and game situations that reek of authenticity (Ray Clay, baby!). Sure, the college moments only feature certain players (likely due to NBAPA licenses)…but this mode contains surprisingly way more hits than misses along the journey. The commentary – celebrating Jordan’s career – is stellar.

Arguably the biggest highlight of NBA 2K23 is the out of nowhere introduction of MyNBA Eras. For a hoophead, this mode is like heaven. In Eras, NBA2K23 upgrades Franchise mode to feature leagues across four decades (80s-present). Each decade is a literal picture perfect (rosters, players models, broadcast elements, vintage footage) representation jaw dropping to witness. The same beloved and robust Franchise mode features are there…but to execute them against historical challenges and teams is just incredible.

One head scratching miss is this mode wholly separate from Play Now…which is a sad reality. As all these historical teams are there – to include matching broadcast/presentation – the artificial divide is disappointing. Even more so, as I suspect many casual NBA2K23 players would’ve found most of their time here in reliving literal games of yesteryear, in quick hit fashion. 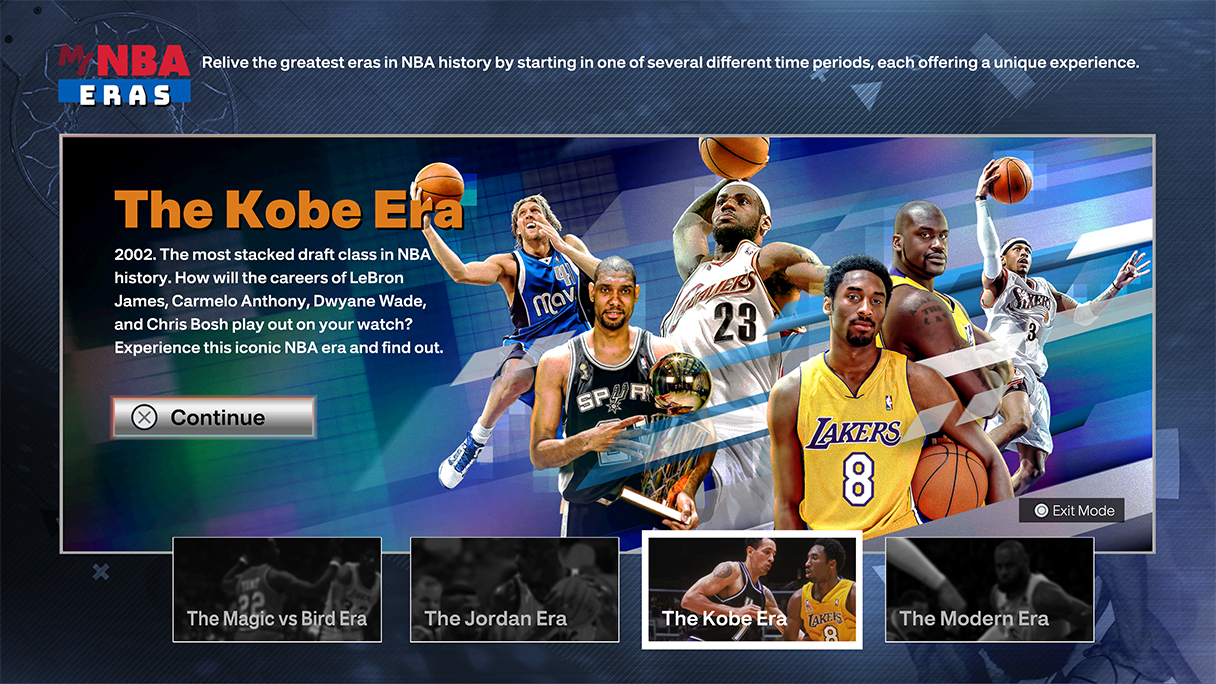 The controversial microtransaction heavy MyTeam returns…with an array of new flash modes and a thankful abandonment of contract stipulations (about damn time). Accompanying and new features provide more life and level up flexibility to player cards, which reduces the over-reliance on microtransactions…but also does not fully compensate for those who spend mega amounts toward impossibly overrated teams.

Last, the WNBA gets more love in ‘The W,’ with some additional depth and player options for those wanting to explore the women’s game. As before, WNBA games play a bit smoother than the men’s, albeit lack via big finishes and raucous environments.

When it comes to NBA2K, what can never be overlooked is its amazing presentation. While 2K22 was pretty, 2K23 ups the ante on next-gen. Crowd animations and reactions also stadium models are noticeably better this time around. Less flat, not as cookie cutter, and more reflective of game situations.

The above is not to insist NBA2K23 is perfect. There’s still overreliance on pick-and-roll on most offensive possessions, zero customization options in a very complicated control scheme, limited cross-pollination between modes, inconsistent server performance in a clunky The City, the irritating ‘return to main menu’ banner to apply game updates, microtransactions as a guarantee to dominance, inaccurate play-by-play, and player rotations that often don’t make much sense. But 2K23 is such a step in the right direction, in so many ways, it finally puts the fun back into the series.

NBA2K23 is a product of many arguably long overdue, bold decisions, and they combine to produce the best 2K in seemingly forever. Yes, some outstanding quibbles persist, but massive upgrades to gameplay, AI, a legitimate emphasis on classic eras, and no contracts in MyTeam are all winners. 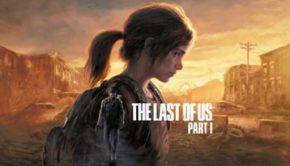