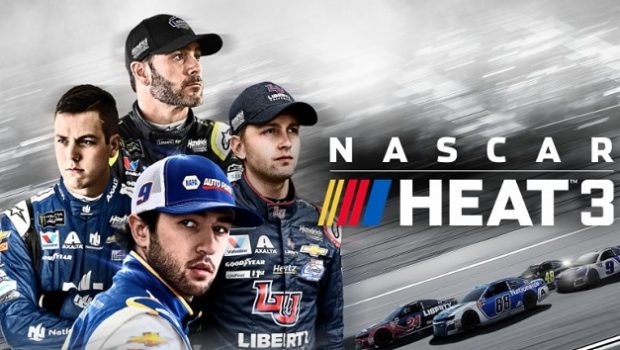 It has been some time since I had last checked out a Nascar Heat title and the core game play in Nascar Heat 3 is enough to even get a casual race fan interested. While there is a lot to love about Nascar Heat 3, right from the start players may be drawn in from the added Extreme Dirt Series. As I hinted at, I’m not a major race fan, just a casual one, so the Extreme Dirt Series really made me smile though and it is more fun than even I expected.

The intro to the game is dramatic, full of action and a pumping sound track. Jumping right into the game the player gets to make a choice of their favorite driver as a model in order to set up their own player profile. As the game goes through it’s set up to customize the players style of playing the next thing it presents is choosing the driving experience. Either normal which is for the casual players. This mode offers easier AI opponents and some driving assists and shorter races. 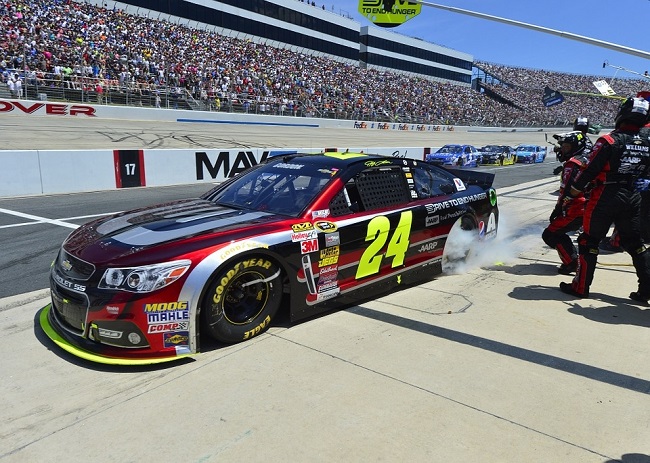 The only other driving experience offered is Expert. This one is for the well experienced racing gamer. There is no assistance in driving. The AI opponents are much more difficult to deal with and beat. Players will have to actually go into the pit to swap out tires and get gas and check the car from time to time. Races are much more grueling tests of a player’s abilities.

Quick race setting come up with various setting for quick races, from race lengths to damage. Now here is a step that will put a smile on your face, the player then can choose from a listing of music for their own customized victory anthem to play when they win. As you use the menu to go through the choices there is a preview button so you can listen to a bit of each music offering in all its awesomeness to get the blood pumping.

Now myself having heard about a certain feature I wanted to dive right in to The Extreme Dirt Series. While not a Sanctioned race series from Nascar, it is something for in the game. I’m ok with that because it is a blast. 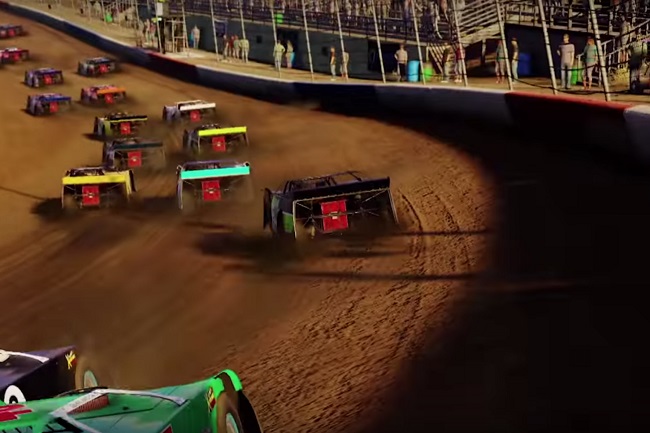 Imagine if you will, taking a race around a dirt track with late model cars. The cars handle very differently in the dirt. Add in multiplayer in this series on the dirt tracks and things get even more exciting. Other players jockey for position, and have no problem nudging you out of the way or doing a pit maneuver that can send you spinning out of the way if you’re not careful.

It is Intense. At the Expert level of racing the cars are very loose on the track and even more so on the dirt tracks. Some jockeying of the players skills is required to really get out there and rip up the track at the higher difficulty level.

Paint schemes for the cars are beautiful with a wide variety of choices of cars to choose from. They did an excellent job on licensing drivers and sponsors in this game. Race fans are sure to find their favorites here. 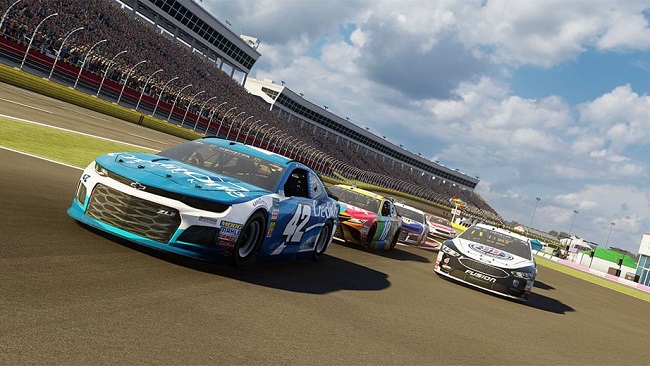 Wanting to look around and or change your views no problem, they got you covered.

During a race and when pitting lap times can be viewed to see how well your times are. If you happen to lose track of how well you’re doing take a quick look.

If your finding the cars handling not to your liking you can change it up a bit. It’s all preferential and how comfortable you as a player are with how the car handles. The setup can be changed from a more stable set up to increments that reach a balanced set up to a looser setup in how the vehicle handles. It’s handled by way of a simple slider.

Now the game is a blast racing all together and even on your own.

Again, the real fun is when you are playing multi-player and not just the AI drivers. Just something especially about a racing game that just ramps up when you play against other live players.

Additions that make the game worth a racing in and grabbing a copy? Well I can’t help but point out once again the Extreme Dirt Series, yea can’t tell I like that one. An excellent Career mode and driving in Career mode, career mode just feels like it has some depth to it which was totally unexpected…. you can also be an owner of a team. Build a crew from scratch, hire your crew, make purchases of parts and upgrades.