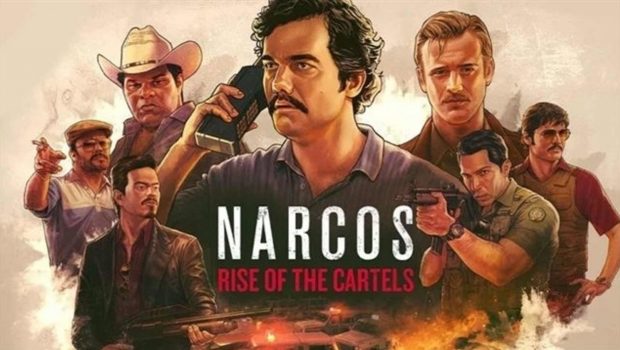 Narcos: Rise of the Cartels Xbox One Review

Summary: Based on the popular Netflix show Narcos, but with turn-based strategy.

Based on the hit Netflix show ‘Narcos’, ‘Narcos: Rise of the Cartels’ is a top-down turn based strategy game from Developer Kuju and Publisher Curve Digital. Like the show, the game takes place in Columbia during the 1980’s as the DEA tries to stop drug lord Pablo Escobar from exporting cocaine into the USA.

Full disclosure, I’ve never watched the Netflix show ‘Narcos’. Until now, I had only known of the show by name with a vague understanding of what it was about. Thankfully, the game utilises actual footage from the show, making it quite easy for someone like myself to easily get an understanding of the plot. I am still not 100% sure as to how closely the game follows the show as players get the option to play as both the DEA and the Cartel in two separate campaigns. 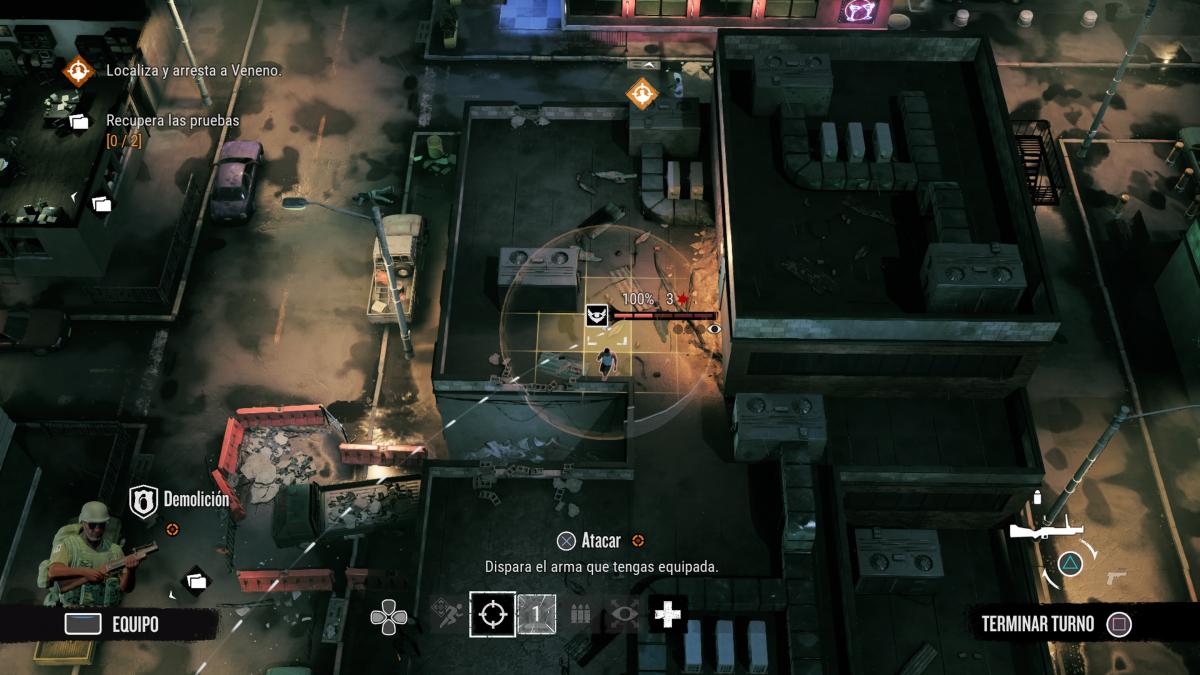 ‘Narcos: Rise of the Cartels’ is predominately a top-down turn based game, but with elements of RPG, 3rdPS, and quick time events thrown into the mix. Before starting a mission, players must assign a squad of characters for that particular level. Each character has their own level, XP, weapons, stats and special abilities that can be used during the mission. The player can pick units from a roster of available characters or acquire new ones for a cost. Once acquired, units stay as part of your team and can be used as often as the player likes (unless they are killed) resulting in permadeath. Characters come with a range of different abilities and weapons depending on their class. Each class has strengths and weakness that need to be taken into consideration prior to each mission. For example, heavy units equipped with grenade launchers are fantastic at long range and deal a lot of damage to a group of enemies however, they only get one shot and need to use a whole turn to reload before shooting their main weapon again. Additionally, they are unable to use their grenade launchers indoors and must rely on their sidearm in these situations. As a result, they can easily be picked off by units shooting from doorways and windows.

Normally, I’d say that this just adds to the level of strategy that players need to adopt in order to beat the game. However, as someone who is quite fond of the strategy genre, it pains me to admit that ‘Narcos: Rise of the Cartels’ lacks some basic elements required for a strategy game. Following on from selecting a squad for a mission, players are then taken to the deployment phase of the mission. It’s at this point of the game where players are finally able to see the map for the selected mission for the first time. With their squad already locked in and unable to be changed, players have no choice but to utilise what they have. Prior to this point, there isn’t any real indication of what kind of environment they’ll be playing in or the size of the map. During my play of the game, I was stuck in several situations where my team was clearly not suited for the environment that I was fighting in. Even though I realised that my only hope was to take one of each unit type, most of the missions that I undertook resulted in leaving half of my squad at the deployment zone. This left me with only 2 or 3 units (out of 5) that were useful for each mission. Whilst I did try my best to utilise all of my characters, it was quicker and easier to only use those suited to the map’s layout. 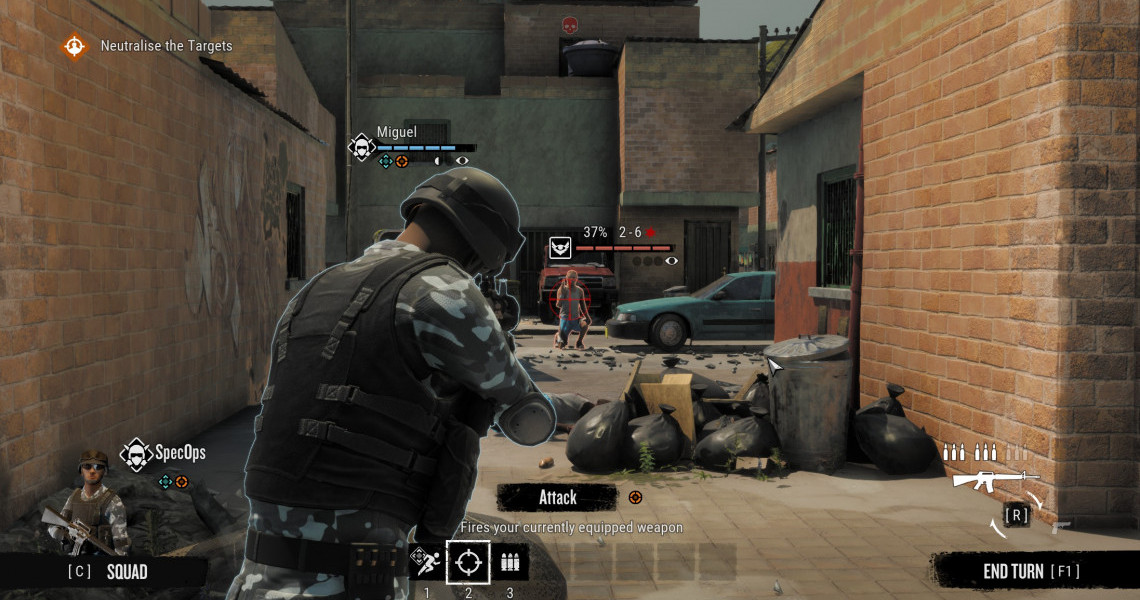 Navigating and moving units around the map is also a bit problematic. Like most other turn-based games, movement is done using a grid system. On the players turn, you select a single character and undergo a series of actions by spending action points. When moving a character, players are shown a block outline of how far the selected character can move. The player can then move the cursor around the highlighted area to select a position for the character to move to. During this, the player can also assess their cover options and come up with strategies for keeping their units alive. The issue I have with this is that once a unit has moved, there is no undo option. Even if the unit only moves one square forward, once they’ve moved, there’s no turning back. While this may not seem like an issue, it quickly becomes one when attacking. Unlike movement that uses a top-down view and a grid system, shooting uses a 3rd person system and doesn’t offer any true indication of attack range. The only way that I could figure out if I was able to attack anyone was to move my character into position and hope that not only was I in range but also close enough to land a hit. For me, this made gameplay kind of slow because I’d be forced to leap frog my units from cover to cover due to not having any indication of being able to go on the offensive approach.

To make matters worse, the camera controls are not ideal and some simple changes to the interface would greatly improve gameplay. Moving the camera isn’t overly user-friendly and it can often be quite hard to position your view to see all angles of the map. Buildings in particular are especially annoying as their roofs block all view of their interior until you hover over them with the cursor. I found this to be rather annoying when trying to initiate combat in or around them. Furthermore, when you do reveal what’s inside, the building’s walls only become slightly translucent, making it rather difficult to spot enemies. However, given the design of buildings and the graphics used to make this game, I feel that the developer has done the best they can with what they’ve got. So, in saying that, I won’t hold that particular point against them. 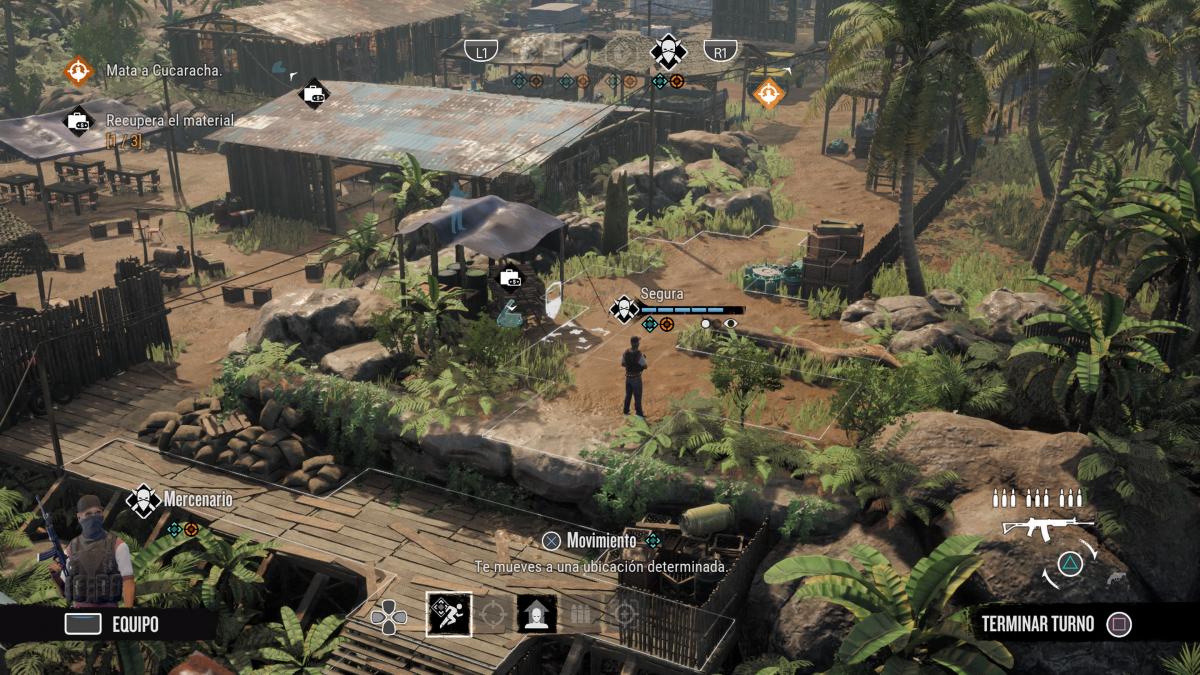 Without sounding cynical, ‘Narcos: Rise of the Cartels’ suffers from the same curse that looms over most video games that derive from TV shows and movies. Say what you will, but I’ve seen way too many games like Kung-Fu Panda, Spider-Man 3, and even Transformers all miss the mark. Unfortunately, ‘Narcos: Rise of the Cartels’ is no exception and while a few changes to the HUD and combat system would make this game fantastic, I can only review the game I have in front of me and not the game I know it could be. However, all is not lost. The game does offer a decent amount of replay value and the controls are simple enough that even a non-gamer can easily pick up this game and play it. Obviously, due to all the drug references, this game isn’t suitable for young kids but people who are fans of the show might get a kick out of doing battle as either the DEA or The Cartel.