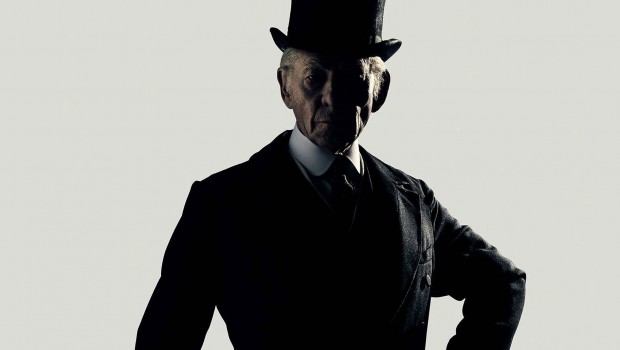 Have you ever stopped and considered what you would get when the world’s greatest detective lost his mind? The answer is ‘Mr. Holmes’, a character study about the clever sleuth who had the finest nose and mind for solving a mystery. It’s not a bad pretend biopic but it’s also a bit too dull to be considered a perfect one.

The film is an adaption of the book, ‘A Slight Trick of the Mind’ by Mitch Cullin, where the author has re-imagined Sir Arthur Conan Doyle’s famous character, Sherlock Holmes in his dotage. Director Bill Condon (Dreamgirls) once again pairs up with Sir Ian McKellen (the two worked together on Gods & Monsters). In Mr. Holmes McKellen puts in an outstanding performance and carries this slow and plodding film.

Mr. Holmes sees three distinct plotlines covered. There is Holmes in 1947 living in his quaint house in the English countryside where he battles dementia by writing down people’s names on his sleeves. In his retirement, he tends to a hive of bees and forms an unlikely friendship with the son (promising newcomer, Milo Parker) of his housekeeper (Laura Linney). The retiree uses royal jelly and prickly ash to treat his ailments and the second plotline deals with Holmes’ trip to Hiroshima to procure these items.

The other aspect of the narrative sees Holmes contemplating his last mystery as he considers his partner, Dr. John Watson (Colin Starkey) to have taken liberties with the truth in his popular “Penny dreadfuls” about their work together. This case was one that saw a depressed young woman (Hattie Morahan) – who had lost multiple children – developing a strong relationship with a medium before her untimely end. The different aspects of the story are told through a series of muddled flashbacks and at times it is hard to tease out exactly what is the point of it all. 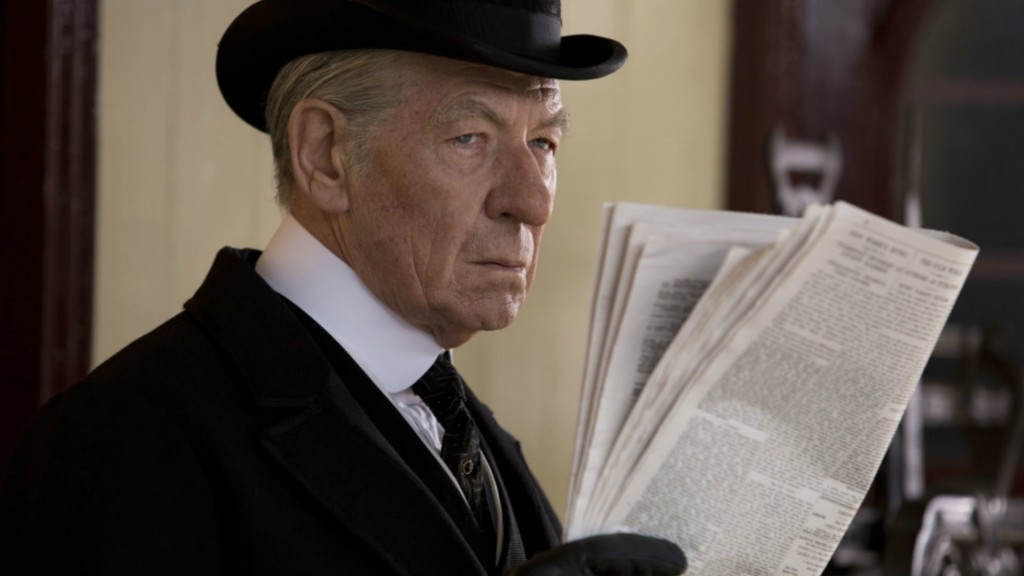 This film delivers the audience with yet another incarnation of Sherlock Homes, a character who has already been imagined for film and television many times (the most recent offerings seeing Robert Downey Jr. and Benedict Cumberbatch as the mysterious investigator). This film differs though, because it shows the super-sleuth well and truly past his prime. It’s almost proof positive that Pete Townshend was right when he wrote the line, “I hope I die before I get old” because no one wants to see their favourite true detective fallen from his mantle and into the dark world of dementia, retirement and loneliness.

Mr. Holmes is a subdued and handsome film that boasts dialogue that is quite clever and witty. It’s a humane story about aging and death that is all rather quaint but it could do with a swift edit or two. It would also benefit from a warning that this is no traditional crime drama mystery or suspenseful whodunit but instead a detailed and whimsical character study about the savant detective. Sherlock Holmes is ultimately one interesting character but this slow and nuanced drama doesn’t do him any justice because it’s a good film but it could have been great.

Summary: Sherlock Holmes is ultimately one interesting character but this slow and nuanced drama doesn’t do him any justice because it’s a good film but it could have been great.