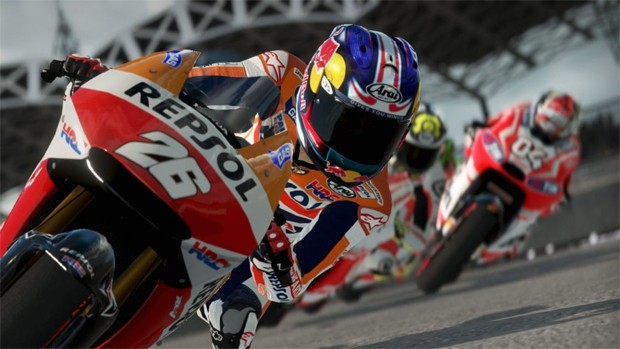 Summary: MotoGP 15 is a good motorcycle racing game, however it definitely feels last-gen but for purists, the mechanics are certainly there

MotoGP 15 is a huge step in the right direction for the MotoGP series, however the title still has this last generation feel to it that may make it difficult for some newcomers to the series, especially if they put a precedent on graphics. However if you peel back the graphics, MotoGP 15 contains a wealth of new features and gaming tweaks to give fans of virtual motorbike racing an engaging experience on the PlayStation 4. 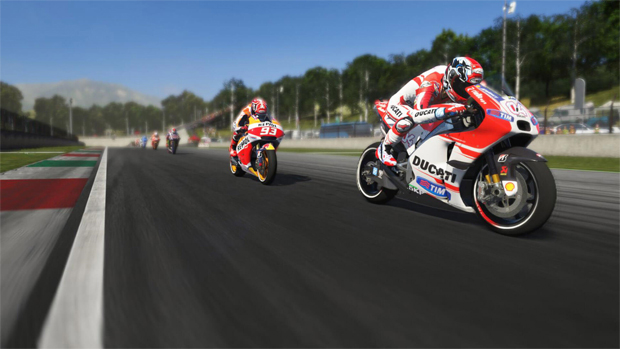 In terms of gameplay, MotoGP 15 leans closer to strategy opposed to arcade and the in-game physics really create this sense of speed and also the illusion that you are racing these high-performance motorcycles. For purists, the game even contains the official 2015 roster of the MotoGP World Championship plus all the riders and teams from the previous game. However at its heart, MotoGP is a racing game which requires you to beat all your opponents as you move up the tier system. 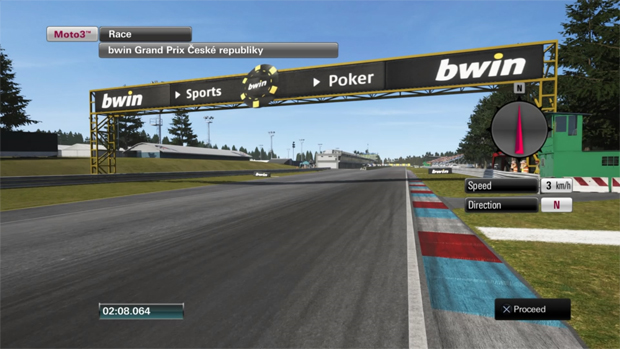 The game even allows to customise your own team which includes logos and getting sponsors. However it is in the career mode which is where the crux of the gameplay is found which definitely gives the player more than just another racing game.  Also, the better you perform in your races, the more “experience points” or GP Credits you earn which can then be used to purchase additional bikes or liveries.

However at the end of the day, the goal is to become champion but these side gaming options is a nice distraction and does instil a sense of realism. It should also be mentioned that you can even create your own racer that even includes a female motorcycle racer. Once again a nice little distraction from the main gameplay. 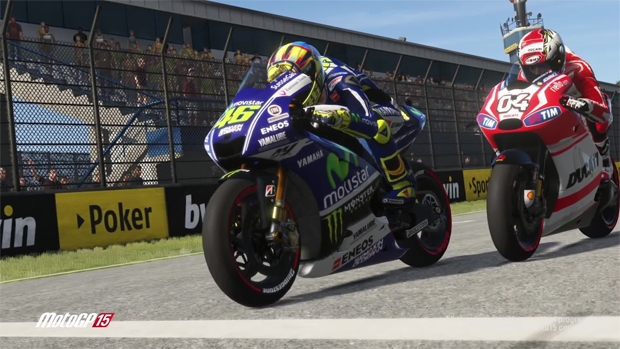 Although the heart of the game is the career mode, MotoGP 15 offers some quick racing options like the single-race, time-trials and new the beat the time mode which requires players to beat a specific time on one of the tracks with a specific bike. Other modes include the championship mode plus the Real Events 2014 feature which allows you to relive certain events from last year that even includes movie clips to help put you in the spirit of MotoGP as you attempt to change history. This even includes racers such as Stoner, Rossi and Hopkins.

When it comes to online play, MotoGP15 supports up to 12-players simultaneously which gives players access to the online version of the Grand Prix and Championship, including the MotoGP™ Sprint Season. There is even a split battle option. All in all, accessing the online mode is relatively easy and you do need a PlayStation Network account to indulge yourself in these features but given that the game was not officially available during my review, we were limited to the number of online players.

In terms of controls, the developers Milestone S.r.l. have successfully mapped the control schematics on the PS4 DualShock Controller and is definitely reminiscent of the PlayStation 3 version. If you have never played the MotoGP series before, can you tweak the controls in order to assist first timers such as auto-breaking or auto-leaning. Nonetheless, the controls feel sturdy as you race around these diverse tracks at high speeds. Given that, the higher the difficulty, the more challenging the game becomes, especially the AI which can really give the player a true challenge. 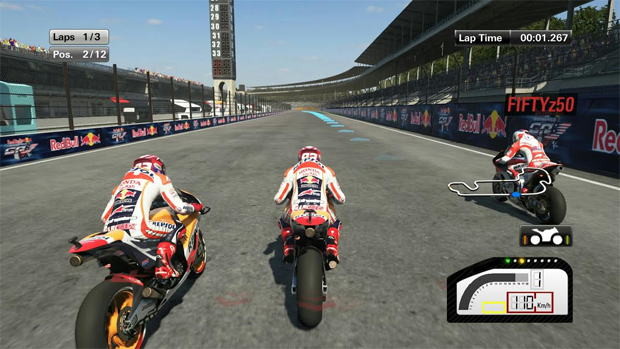 When it comes to the graphical engine behind MotoGP 15, the game definitely looks like something from the PlayStation 3 or XBox 360 era as everything feels a little bland. Sure, the resolution looks quite decent and the bikes themselves have got some great attention to detail but the gaming world just feels a little lacklustre and static. With that said, the weather effects and lighting looks good but it’s probably time for developers Milestone S.r.l. to give this series a new facelift. Audio works well as does the soundtrack.

Given the extremely limited number of motorcycle racing games on next-gen consoles, the MotoGP franchise is still the choice when it comes to racing but given that the PlayStation 4 has been out for almost 2-years now, the engine used to create this game looks quite dated, especially when you compare it to some of those amazing car games available. Sure, it’s not all about graphics but it does help and unfortunately on this situation, the game is definitely let down by the uninspiring gaming world. 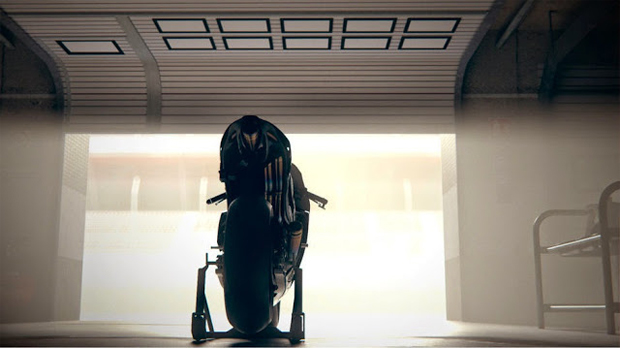 Official Riders
The complete official roster of the 2015 MotoGP™ World Championship awaits you! The game features all the riders and teams of the MotoGP™, Moto2™, and Moto3™ categories and the MotoGP™ 2 Strokes Champions featuring the most iconic riders from the two-strokes era.

Personal Team, Customisation and GP Credits
For the first time ever, in Career mode, you can create your own personal team: choose the team name and logo that best represents your own personal style and customise your team livery and colours!

At the end of each race in the career mode, you will receive GP Credits on the basis of the results you get on the track and the achieved objectives. As your reputation grows, you’ll attract the attention of ever more distinguished sponsors.
Use your GP Credits to purchase new bike models and liveries.

Brand new Career Mode
Use your custom team to race, manage contracts directly with sponsors to gain more GP Credits and fans and try to become the champion. Sponsors offer contracts and money to the rider’s custom team if he satisfies clauses and objectives. An improved artificial intelligence guarantees an ever greater and more realistic challenge.

Beat the Time
In this new game mode players must beat a time record on a track using a specific bike. There is a challenge for each official track.

Real Events 2014
Relive the best moments of the latest MotoGP™ season. Get in the shoes of the real champions of MotoGP™ class and change the reality or relive the most spectacular moments of the World Championship. Each event is introduced by official MotoGP™ movies of that particular moment, giving the player full game controls without breaking the experience flow. 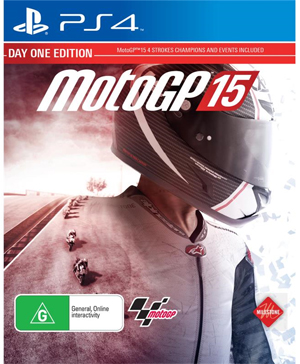