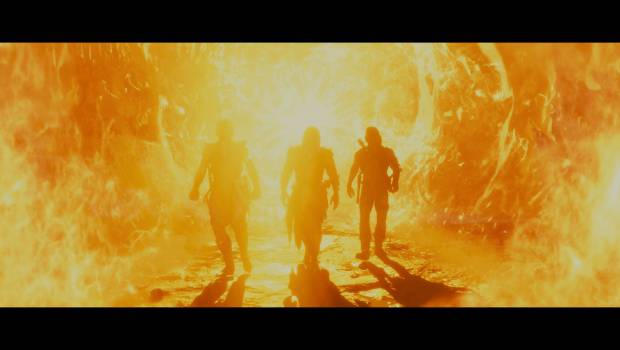 Summary: NetherRealm Studios continues to prove that high-quality, story-focused content in fighting games has an audience, and they deliver that in spades with Aftermath.

The 28-year-old Mortal Kombat fighting game franchise has so many iconic fighters and world ending shenanigans that it’s basically its own cinematic universe at this point.

Coupled with the frequent addition of famous fictional characters from other media to round out its roster – Terminator, Joker and now RoboCop – it’s no wonder there’s demand for more story content, given how deliciously crazy and bloody the fights have become.

Aftermath is the latest DLC package for Mortal Kombat 11 and its biggest expansion to date, and it delivers exactly what many fans want –  more action, gore and ludicrously satisfying fights between series mainstays, new challengers and returning fan favourites – with an all-new high-quality, big-budget story mode add-on. 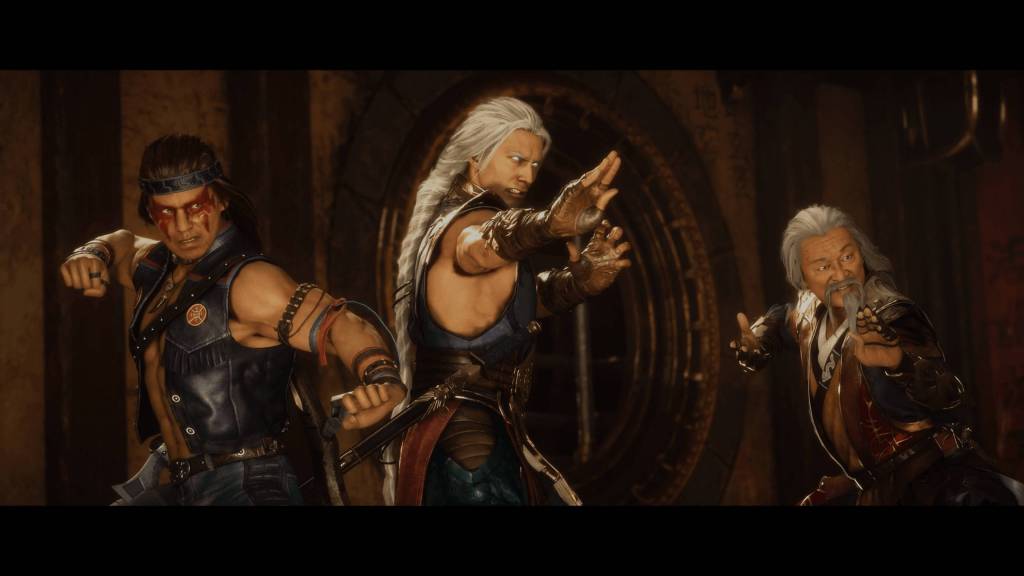 It also comes with a higher-than-average price tag ($60) that is perhaps a little too much, but the 3 – 4 hours of added story mode content and the three unique fighters Aftermath introduces is undoubtedly of the highest quality. Itching for more of the MK universe? This DLC is specifically for you. 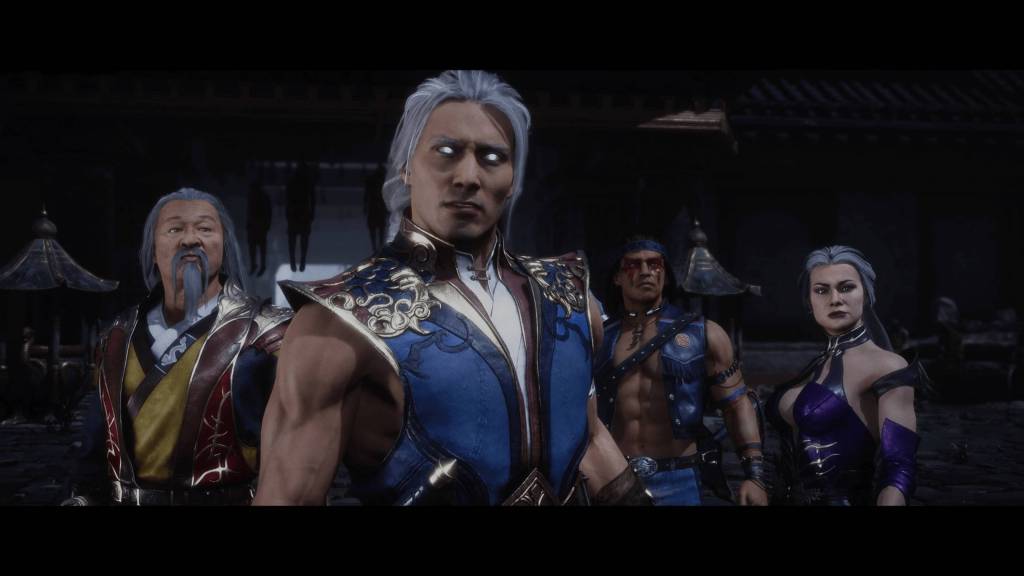 In a twist that will delight but surprise nobody, Kronika trapped these three bad-ass kombatants into the Void after refusing to be part of her new era, stopping them from helping the good guys win. On top of this, Shang Tsung reveals Liu Kang needs an artifact he created – Kronika’s crown – to successfully heal the timeline. The problem? Liu Kang destroyed it when he killed Kronika. Queue the proposal that slimy old Shang Tsung will go back in time to retrieve the crown, accompanied by Fujin and Nightwolf, and help Liu Kang restore things back to good.

I consider myself fairly well-versed in the increasingly Marvel-esque shenanigans that is the modern-day Mortal Kombat universe, but even I couldn’t predict what would follow next – and I say this in a complementary way. Anyone who is invested in the utter craziness that is the MK mythos will revel in delight at the 3 hours of big budget cinematics, narrative absurdity and shameless fanservice that ensues. There’s numerous callbacks to past games from all eras and mentions of popular characters not currently in the roster (Havik and Mileena are both teased), and unlikely team-ups that prove to be insanely awesome – who would have thought Fujin and Shang Tsung would have such great banter, or Sindel and Nightwolf able to fight side-by-side? 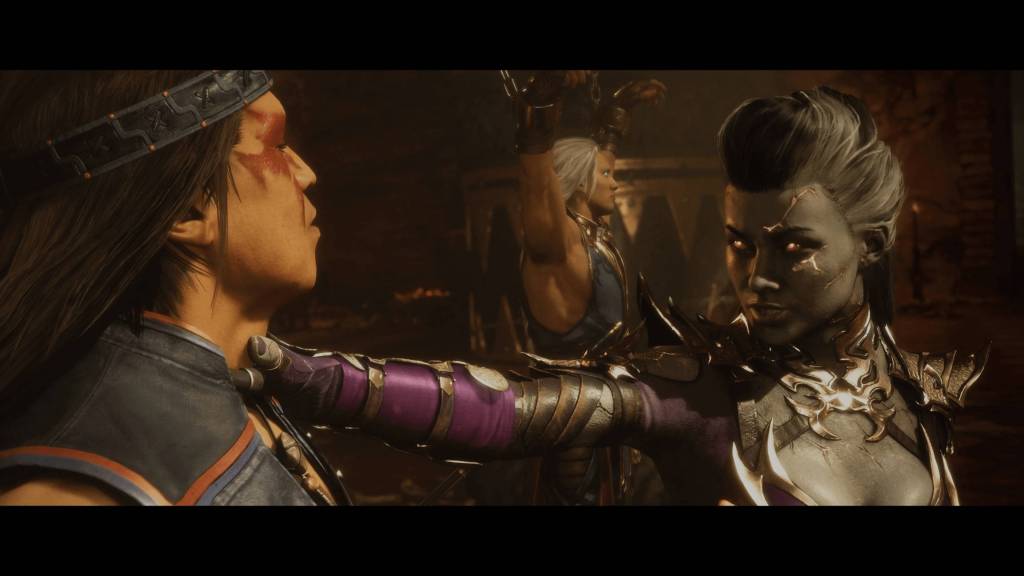 As the main drawcard of the $60 DLC, Aftermath’s story content expansion proves to be a wild ride that absolutely delivers in terms of entertainment value. It clearly received the same amount of attention and expensive budget as the base game’s bombastic story mode in every way – from cinematics to animations to its newly introduced characters to the already sizable roster. And while Shang Tsung, Nightwolf and Sindel arrived in an earlier Kombat Pack, players also gain access to three new amazingly realised characters with Aftermath: Sheeva, Fujin and Robocop, the last a guest character who proves just as fun to play as the franchise OGs.

Aftermath expertly puts the narrative spotlight on these new characters to showcase their wonderfully unique movesets and playstyles, as well as give previous DLC add-ons Shang Tsung, Nightwolf and Sindel proper justice after missing out on the main story. Out of the three new fighters, Sheeva was my personal favourite of the new additions. A four-armed Shokan warrior of considerable strength and dangerous ability, her range and projectiles might not be initially great, but her easy combo strings and ability to punish her opponents with her signature unpredictable stomp never gets old. Fujin is arguably the star of the show, with devastating wind-based attacks that can be strung into flashy, frantic, and fun combos, though he’s a little harder to master. 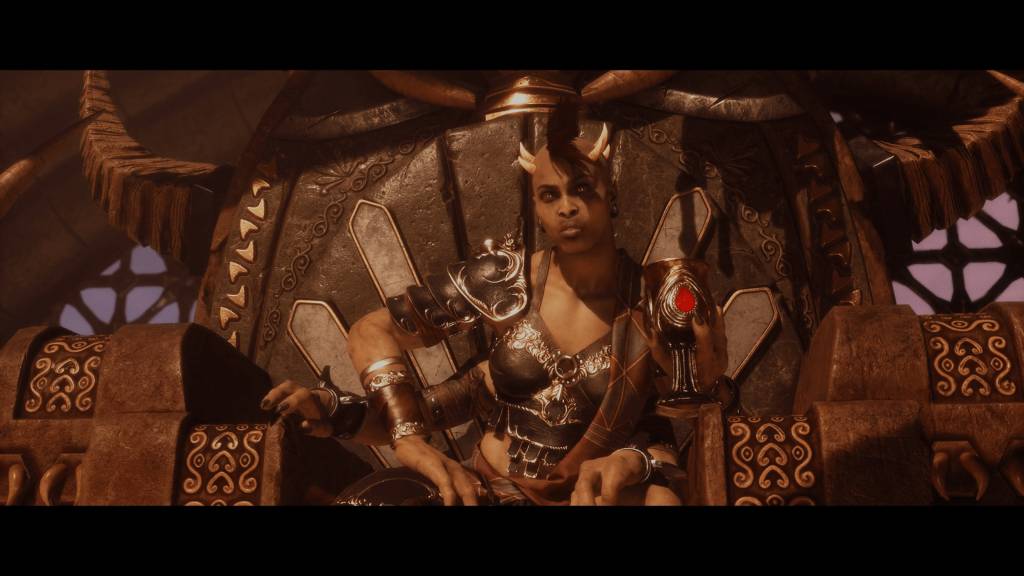 Finally, Robocop is a wonderfully realised ode to the iconic ‘80’s action movie character (they even got Peter Weller to voice him) and has some of the craziest fatalities and brutalities (groin shot, anyone?) of the current roster that casual fans especially will be drawn to. He’s a slower zoner with a ton of projectile options to keep foes at bay, and anyone who has wanted to pit RoboCop against Terminator in a game will be right at home with Aftermath.

Are the new characters worth such a high-price tag? It ultimately depends on how invested you are in the Mortal Kombat 11 mythos and gameplay loop. The diversity of the base game’s fighter roster is arguably very satisfying already, but if you’re itching for more variety or love that fan favourites like Fujin and Sheeva are finally making their well-deserved return to the series, Aftermath is absolutely worth buying. 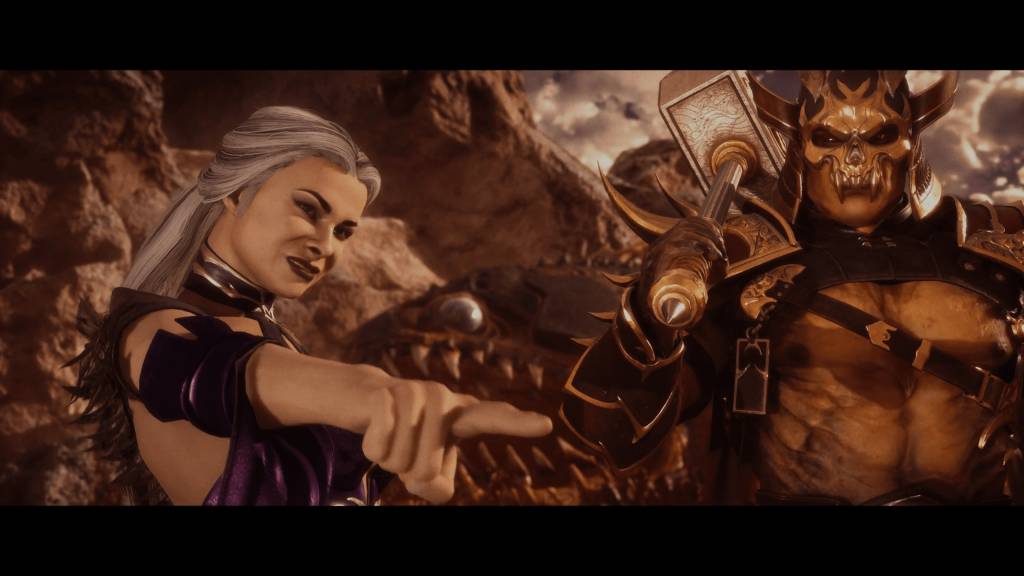 One thing to note is that a major free content update accompanies Aftermath’s release and is available to all owners of Mortal Kombat 11 at no additional cost. With it comes the return of Friendships, a comedic take on the franchise’s iconic Fatality and Brutality finishers. Activating a Friendship at the end of a round showcases an often humorous side of each fighter, which is more fun for the opponent instead of, you know, the usual mutilation. Some are duds, but others like Frost’s ice-skating routine or Kung Lao’s hat-train are hilarious to see at least once. The update also brings new Brutalities for each character, three stage Fatalities and a ton of balance tweaks to level out the online playing field.

NetherRealm Studios continues to prove that high-quality, story-focused content in fighting games has an audience, and they deliver that in spades with Aftermath. With a bombastic three hour story expansion and three new fully realised and unique DLC characters in Fujin, RoboCop and Sheeva, this is easily the best add-on released for any modern Mortal Kombat entry to date.

The $60 launch price-tag for Aftermath is steep, but the new content is undoubtedly tailor-made for long-time fans of the franchise and newbies who can’t get enough of the wonderfully crazy time-travelling, realm-hopping, undead ninja-filled mythos that only Mortal Kombat provides.