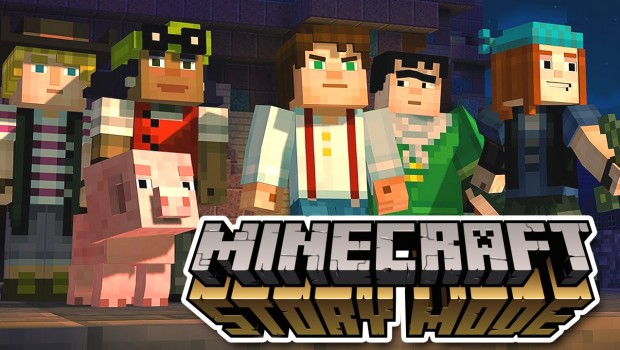 Summary: You don’t need an encyclopaedic knowledge of the self-contained mythology of the Minecraft world in order to garner enjoyment from the experience, although admittedly it does help. The quality of the writing and the self-referential humour makes for an experience that the entire family can enjoy.

Minecraft, by its very design, lacks a definitive storyline. Sure, later iterations of the game gave players the vague quest line of defeating the Ender Dragon after countless hours of scrounging for increasingly rare materials, but in general the game lacks any semblance of an overarching narrative. 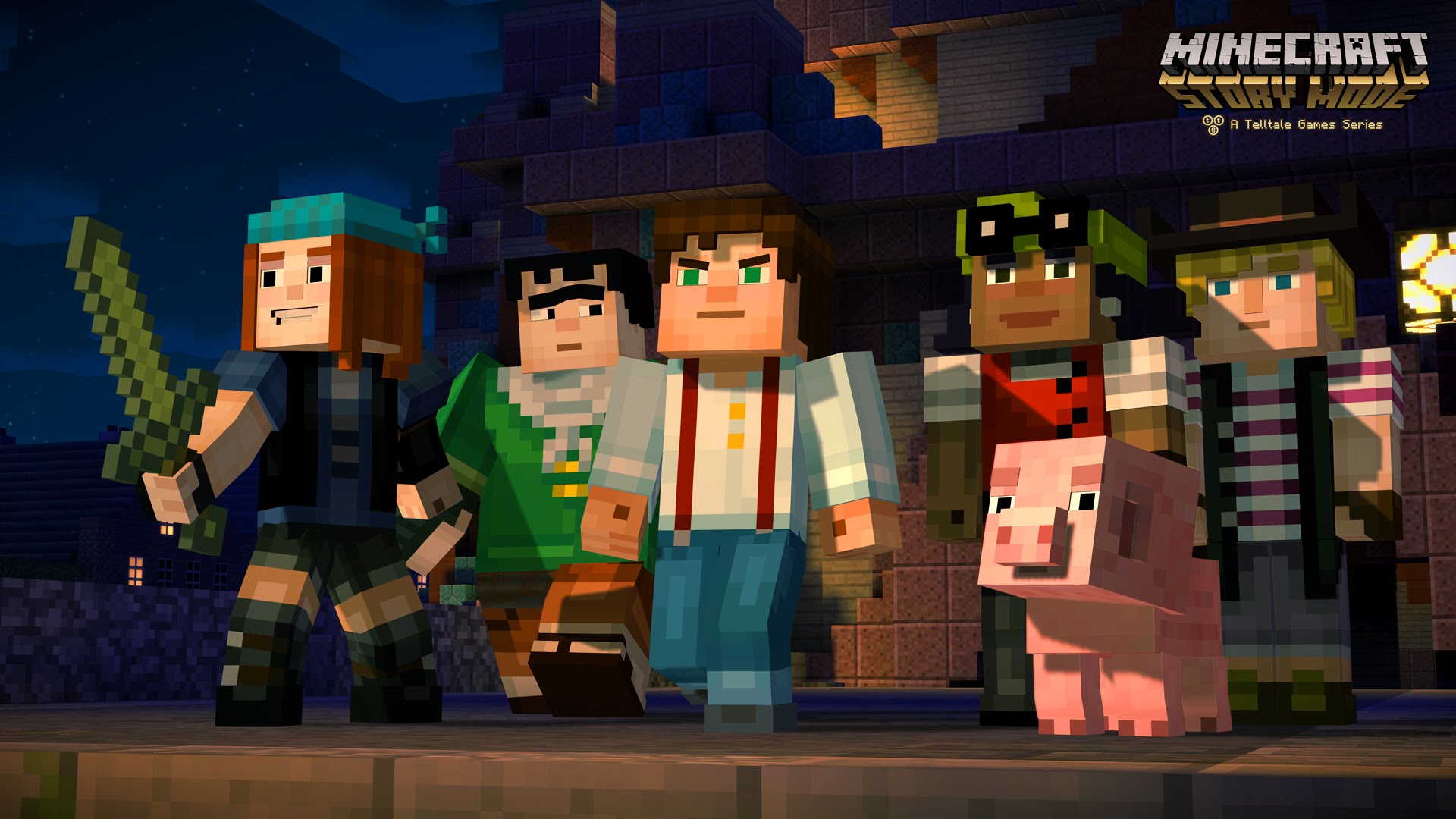 In one respect it must have been daunting for Telltale Games to attempt to inject a cohesive plotline into the freeform world of the game but, on the other hand, having a blank canvas to tell whatever kind of tale they desired must have been incredibly freeing, removed from the constraints of having to work within the boundaries imposed by established franchises.

Minecraft: Story Mode follows the journey of Jesse, a male character voiced by Patton Oswalt in my game but also possibly a female, depending on your gender choices at the beginning of the game. Along with his companions Olivia, Axel (Voiced by comedian Brian Posehn) and Reuben, his pet pig and one of my favourite characters so far, Jesse desires to be taken seriously and to have his building skills acknowledged. 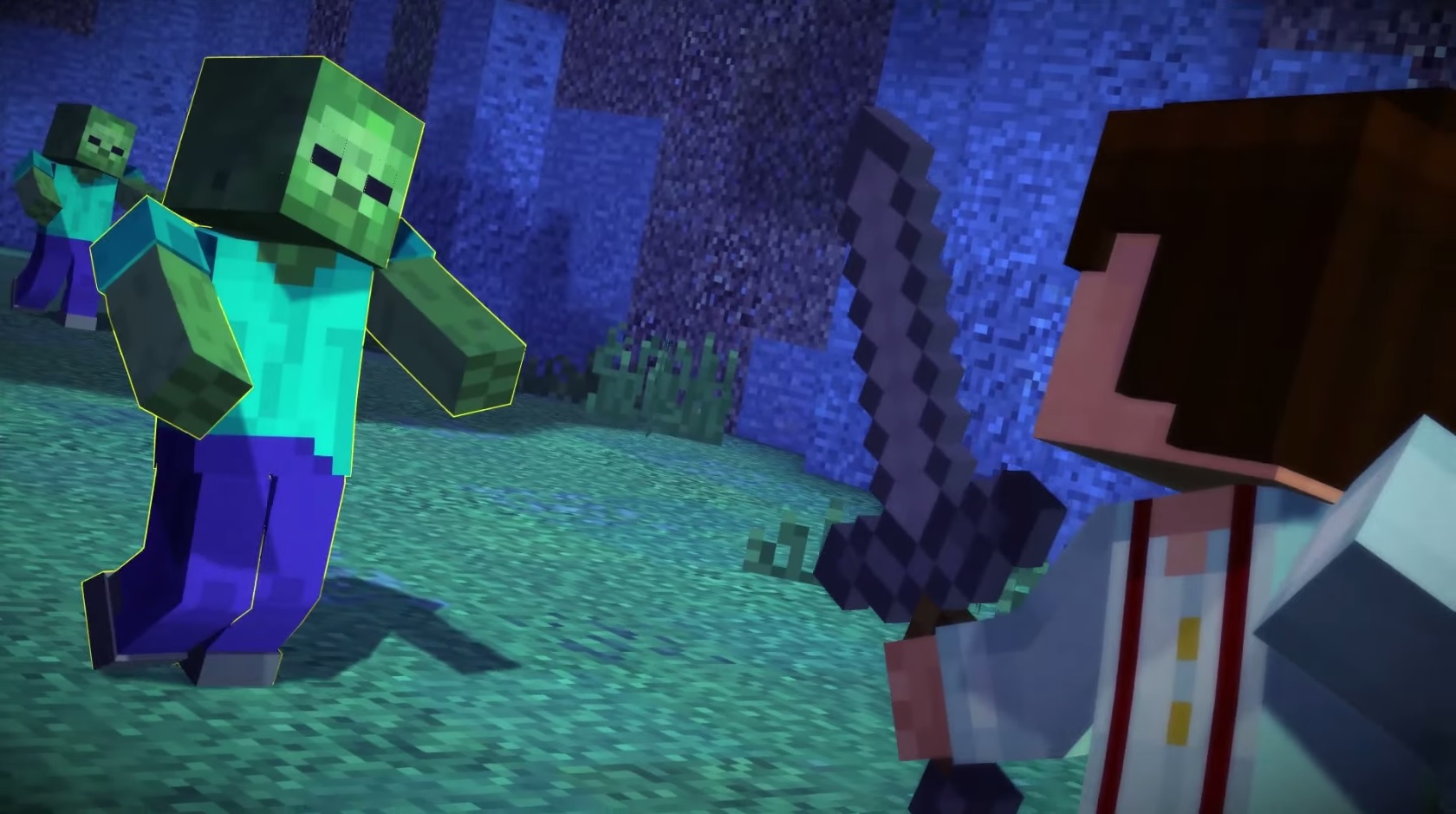 In order to achieve this, Jesse and company sign up for a building contest at EnderCon, a huge celebration of all things Minecraft, where one of the legendary Order of the Stone members (Gabriel, a personal hero of Jesse’s) is set to make an appearance.

The Order of the Stone were a quartet of legendary adventurers who teamed up to vanquish the Ender Dragon from the land, setting their legacy in stone and ensuring that they’d be revered for years to come.

Along the way Jesse runs into Lukas, a builder from a rival team who doesn’t appear to be as dismissive of Jesse as his teammates, and Petra, a mercenary adventurer who collects rare items for the highest bidder. It is while joining Petra on one of these quests that Jesse finds himself embroiled in a revenge plot against Gabriel by the mysterious Ivor (Pee Wee Herman himself, Paul Reubens), who is seeking a wither skull in order to set his plans into motion. 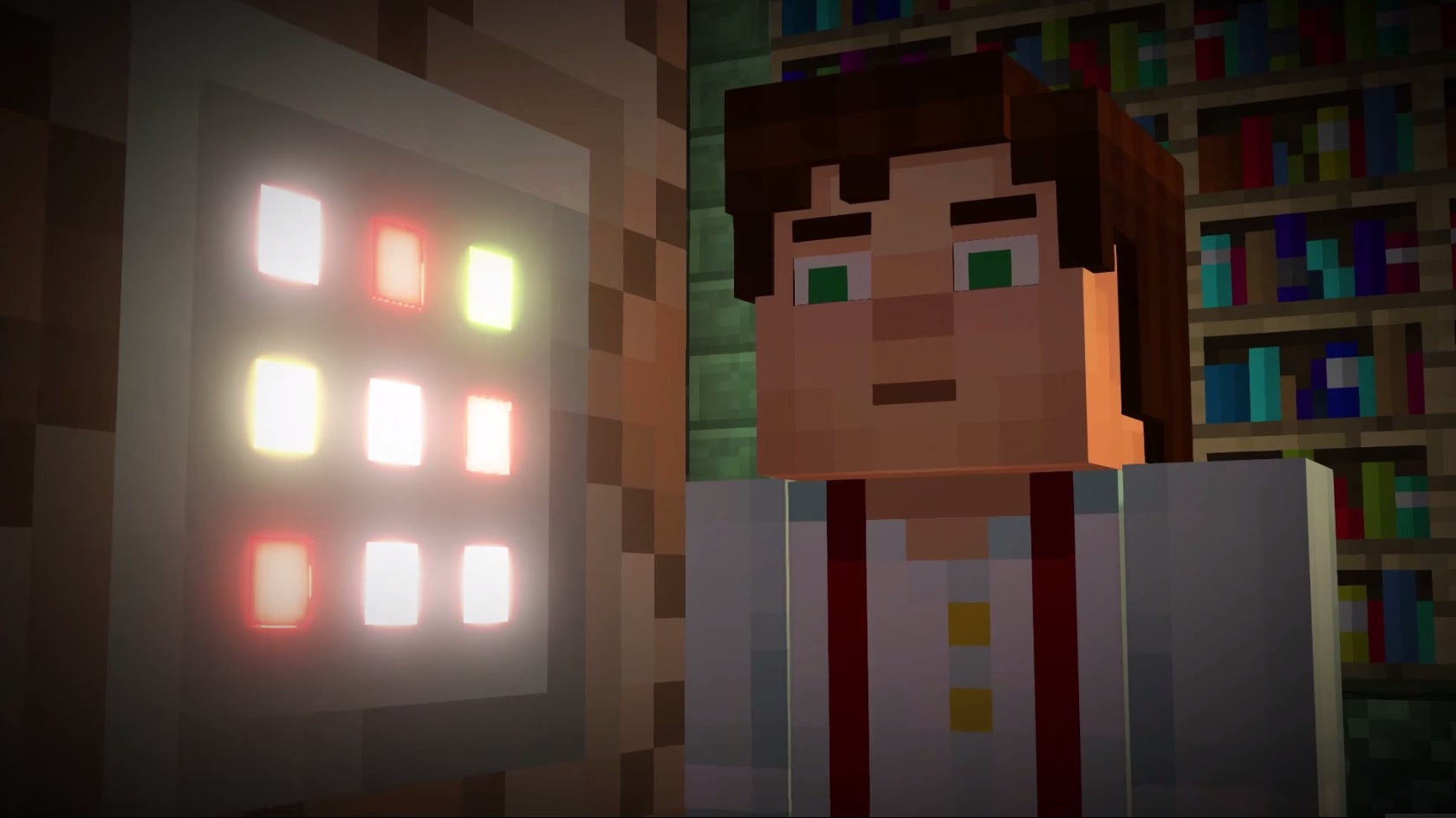 As you’d expect, things soon get out of hand and EnderCon is attacked by a seemingly indestructible enemy that devours all in its way, setting Jesse and friends off on a quest to locate the missing members of The Order of the Stone and try to return peace to their homeland.

Presented using the episodic structure that has become synonymous with Telltale’s efforts, Minecraft: Story Mode’s first section is mainly concerned with laying down the foundations of the story and introducing players to the cast of characters, although the latter half of this episode is a fairly action packed experience, taking our heroes to the darkest reaches of the Nether Zone.

As the target demographic skews slightly younger than Telltale’s other games, the story here is a lot more light-hearted and family friendly, although it remains just as compelling. 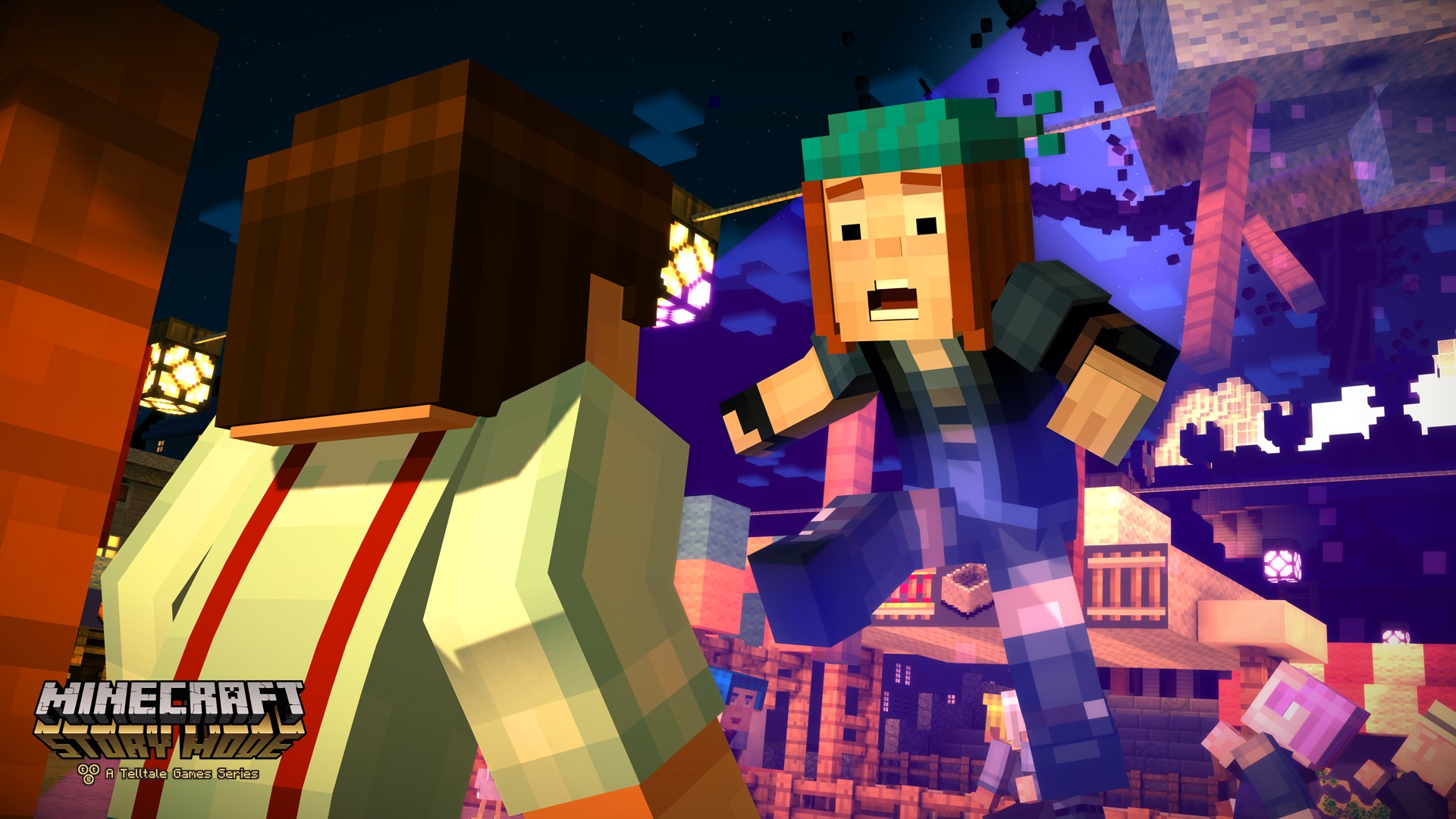 Aside from the now prerequisite branching dialogue and action choices, Minecraft: Story Mode introduces a few new gameplay elements, including actively fighting off foes using your analogue sticks to flick between targets and your trigger button to swing your sword at encroaching enemies. There’s also a rudimentary crafting system, in keeping with the source material, where players can choose from a few different recipes to create necessary items, such as selecting between using a fishing rod or a bow and arrow in order to disable a trap.

The QTE’s have returned but feel more responsive this time around, at least on the PS4, but the added interactivity with the combat and crafting mechanics ensure that players don’t get the feeling that they’re simply playing through a digital updating of the old Choose-Your-Own-Adventure books, a criticism levelled at some of Telltale’s other titles (Unfairly, in this reviewer’s opinion). 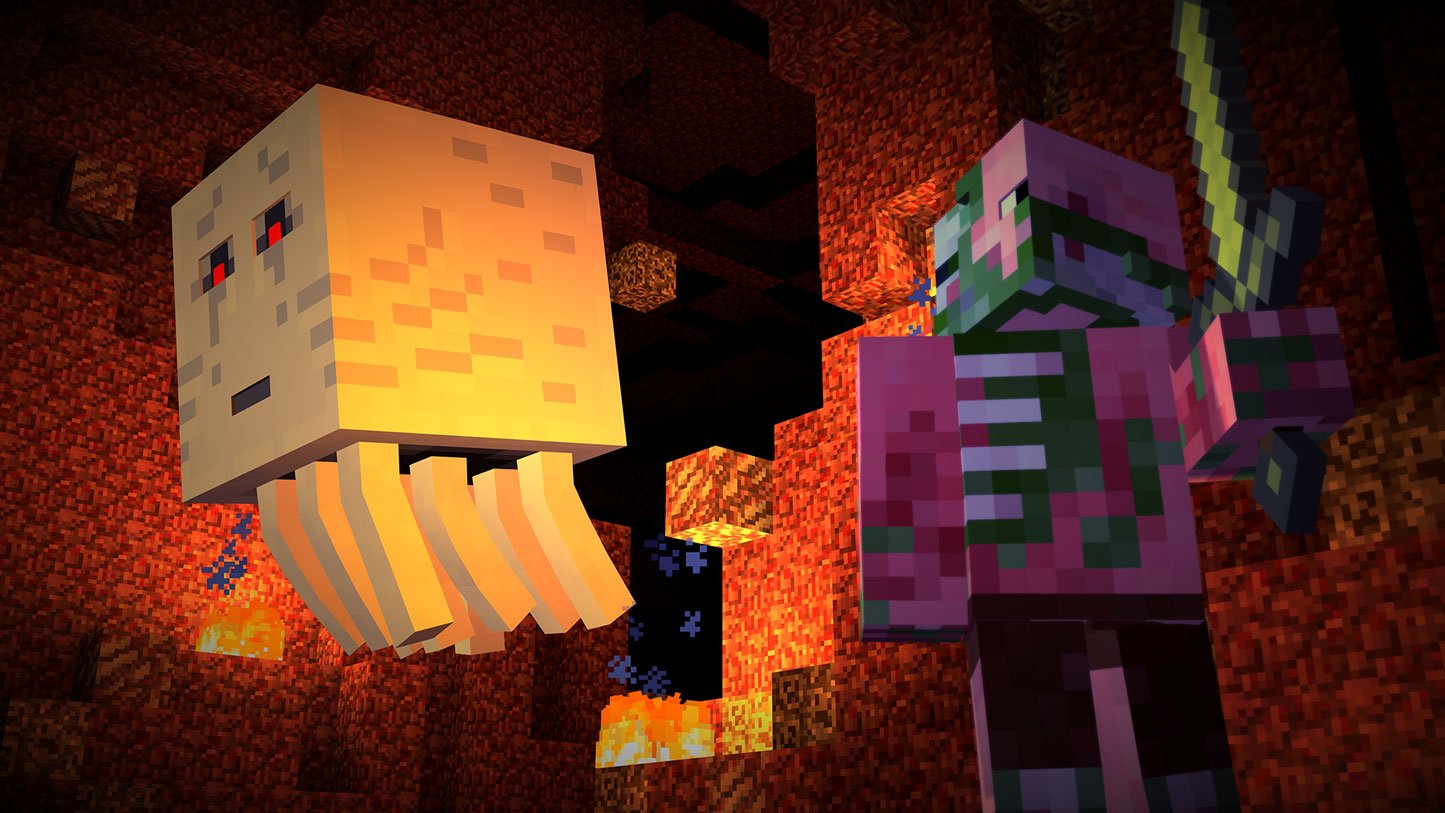 The control interface when attempting to select different items can be a little fiddly at times, with one puzzle requiring me to activate a series of levers becoming needlessly frustrating due to Jesse’s apparent inability to differentiate between which one I was actually selecting. This is a minor complaint, however, and there were no other instances where the controls didn’t feel intuitive and responsive to my inputs.

Choices seem to hold a little more weight as well, with the content of the upcoming episode apparently determinant upon your final choice in the game. Whether or not this is merely an illusion of choice remains to be seen upon subsequent playthroughs, but I get the feeling that different choices will lead to markedly different outcomes, something that should really enhance replayability. 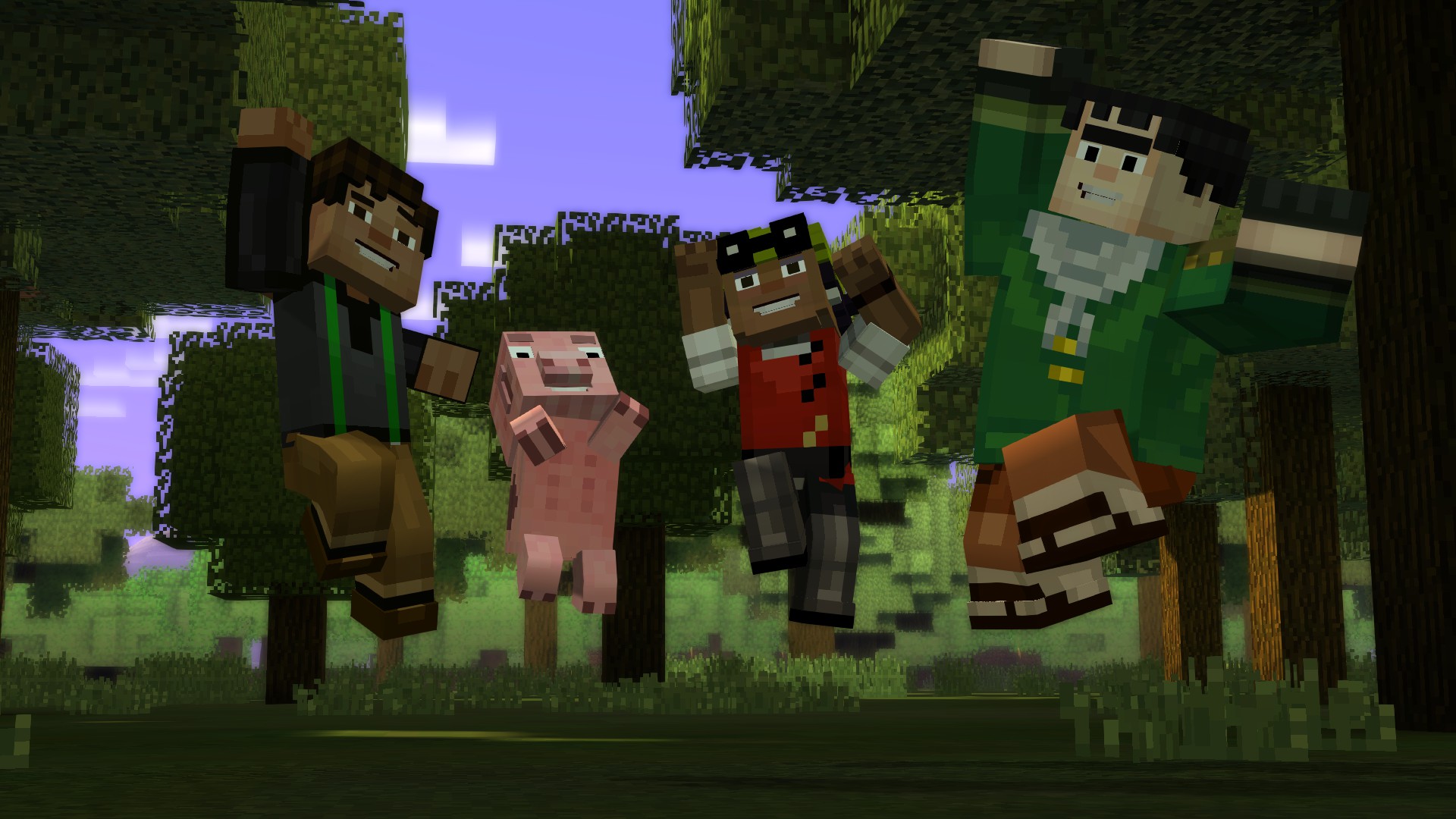 The visuals can take a little getting used to, particularly if you’re not familiar with the blocky graphics of the source material, but personally I found the character designs to be endearing. The environments are well crafted and resemble some of the more elaborate Minecraft creations many of us have pored over on the internet, lamenting the fact that we’ll never be able to match the workmanship on display.

The audio is absolutely superb, with terrific performances from the cast of experienced actors and voice-over artists. Patton Oswalt and Paul Reubens in particular really imbued their characters of Jesse and Ivor, respectively, with personality and the myriad of cohorts and side character performances are almost as equally accomplished. The soundtrack is comprised of original tunes that really serve to capture the essence of Minecraft and complement the action unfolding on the screen perfectly, effectively striking the appropriate emotional response from the player on a consistent basis as the story becomes darker in tone after the light-hearted opening sequences. 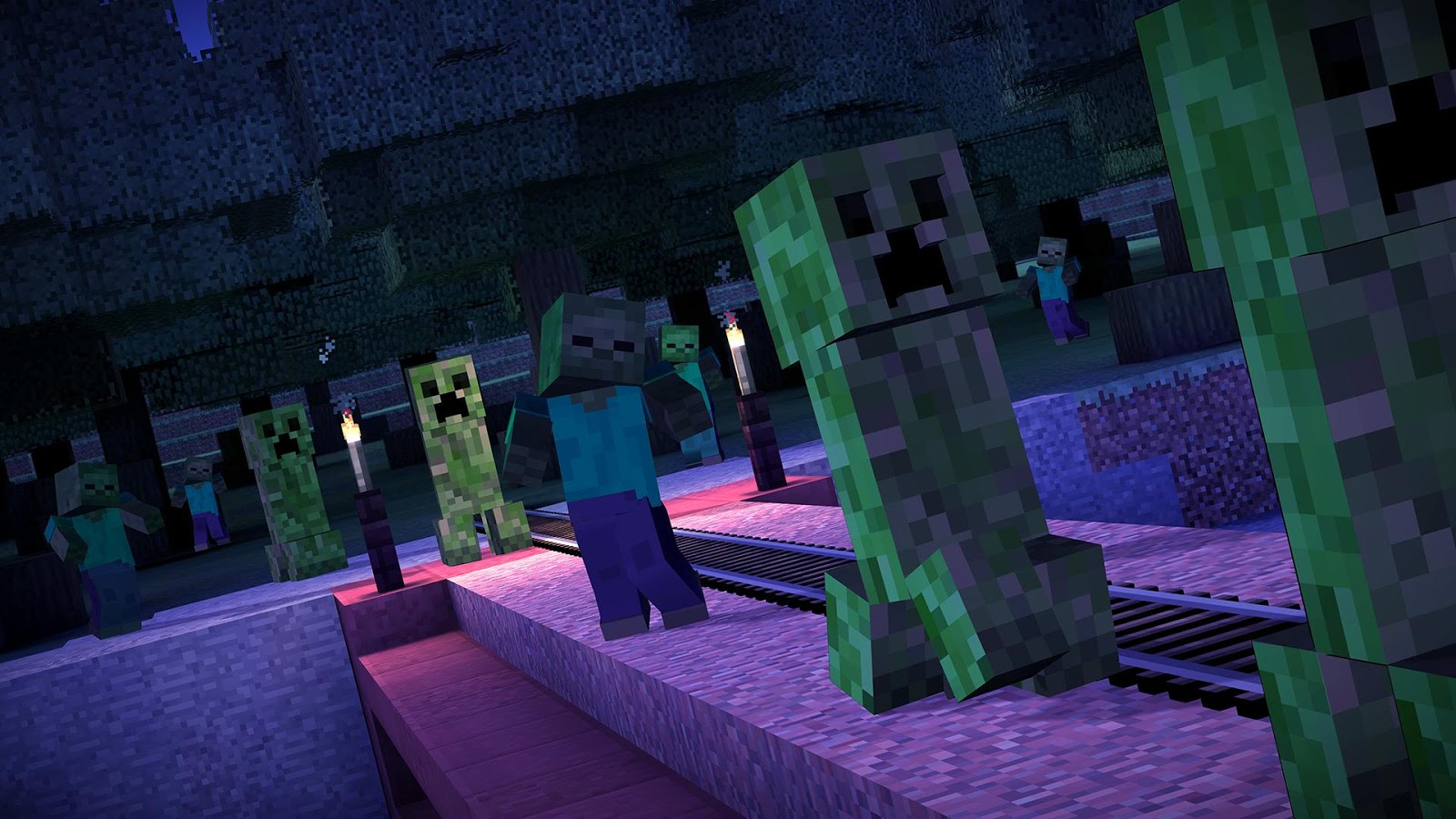 It’s too early to call at the moment, but Minecraft: Story Mode looks set to be shaping up to be another fine effort from the folks at Telltale Games. Combining their narrative excellence with the insanely popular Minecraft franchise has created a unique beast all of its own that takes the best elements from both parties in order to create an engaging and, above all, fun playing experience.

The best thing about Minecraft: Story Mode is its accessibility to newcomers – You don’t need an encyclopaedic knowledge of the self-contained mythology of the Minecraft world in order to garner enjoyment from the experience, although admittedly it does help. The quality of the writing and the self-referential humour makes for an experience that the entire family can enjoy and the setting up of the storyline promises big things to come in the future.

I, for one, can’t wait to see what Telltale have in store for us come episode two and have complete faith that they can sustain the excitement and great storytelling on evidence with this first chapter. 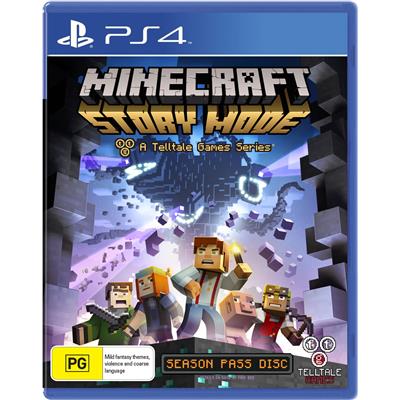