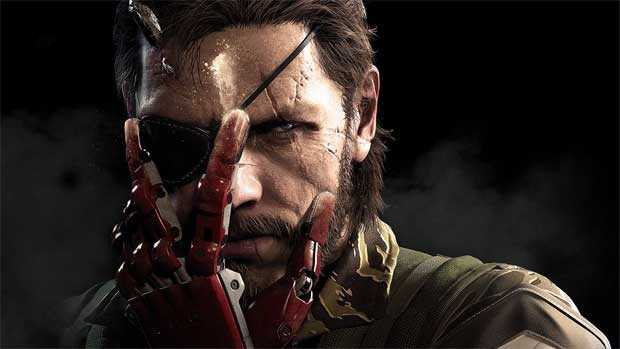 Welcome back to the Metal Gear Solid universe as we are once again introduced to legendary and iconic video game character “Snake” (aka Big Boss) who awakes from a nine year coma and is forced to rebuild his mercenary army known as the Diamond Dogs to end the reign of the organisation of Cipher responsible for the destruction of the Militaires Sans Frontières.

Unfortunately for the denizens of Earth, their power once again threatens our freedom and to compound the situation even further, Cipher are developing a new Metal Gear called the ST-84. The game is also directed by Hideo Kojima who successfully takes the franchise to a whole new level of immersion which makes Metal Gear Solid V Phantom Pain one of the most cinematic games to ever grace the gaming world. 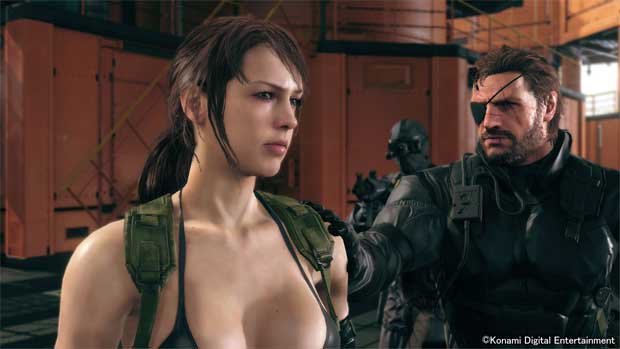 As a history lesson, the original Metal Gear Solid game was released in 1998 which has spawned a variety games in the franchise and actually got me into console gaming. At the time, it was one of the most revolutionary games which really turned this franchise into a world wide hit.

So here we are 17 years later and both old and new gamers can experience the enigmatic hero Snake who is perfectly voiced by actor Kiefer Sutherland who gives this virtual character an element of realism and emotion. The game is also set in 1984 as you attempt to liberate Afghanistan and Zaire from not just Cipher but also the Russians. That’s a bit weird because the technology is far from 1984… but then again this game is somewhere in the middle of the franchise. Cassette tapes are also used to help progress the story. 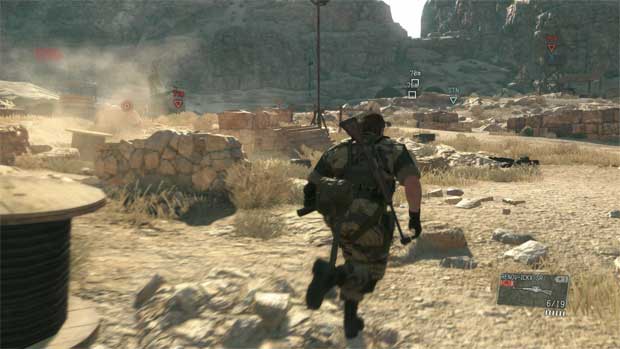 However unlike the original game, Metal Gear Solid V Phantom Pain is a true interactive blockbuster on the XBox One which easily makes this one of the best games in the series which had my glued to this console from start to finish as I became the legendary Snake. When it comes to gameplay, Metal Gear Solid Phantom Pain is an open world action adventure game that requires the player to help Snake rebuild his army in order to defeat Cipher.

Snake will also employ his amazing stealth techniques to defeat hundreds of enemies. The first part of the game or prequel mission serves as a tutorial which teaches the players the control mechanics of the title which is fleshed out more when you return to your abandoned oil rig with Ocelot (Troy Baker) who helps you fine tune your mercenary skills at “mother base”. With that said, the gameplay of Metal Gear Solid V Phantom Pain is brilliant, particularly all the tricks of the trade that Snake has at his disposal! 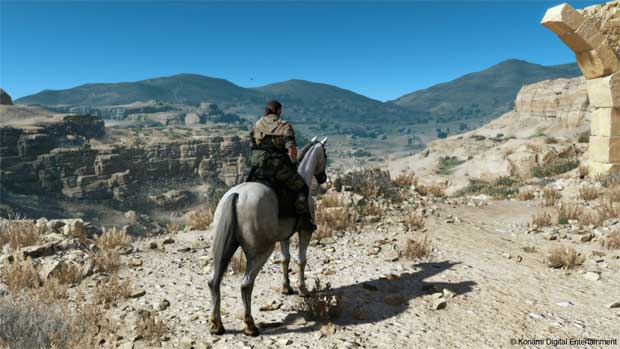 I mean where do you start with the gameplay? It’s almost perfect except that you cannot save mid mission which does get annoying when you need to restart as the checkpoints are not that forgiving. Nonetheless, it’s all about stealth and if you play the game like this (e.g. taking out guards slowly, alarms and lights), you will have a much more enjoyable experience opposed to going in like Rambo.

I also like how the game slow downs when you get spotted by an enemy in order to take them out before they take you down … not to mention you are alerted by the famous Metal Gear Solid alert noise. So as you crawl, hide, duck for cover and silently take out your enemy, the experience on the XBox One is pure gaming bliss! You can even find rare gems to help build your army and even rescue animals thanks to a nameless NGO who wants these creatures to survive in this warzone. 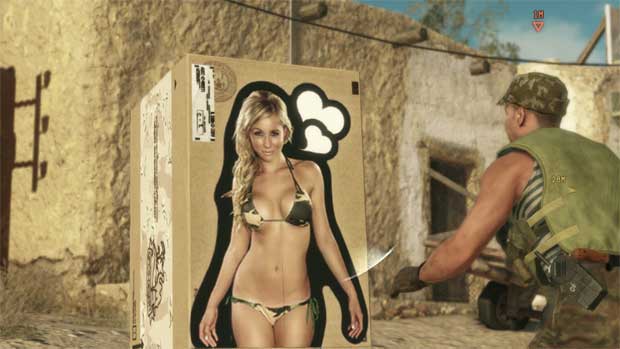 Environment design is another highlight as is exploring this rich and diverse world by foot, vehicles, horseback and even with a trusty dog who shares a similar trait to Snake. So while you sneak up behind enemies to either knock them out or kill them, navigating the various missions are a joy as you search for scientists, soldiers and weapons of mass destruction. I also like how the developers give you a variety of ways to finish the mission which include both non-lethal and lethal methods.

You can even knock out enemies and then send them to your base in order to convert them to become your soldiers. Your recruits can then be used to help design new weapons and equipment in order to defeat Cipher. So how do you get these men back to your base, you attach a parachute to them and viola… they get taken to your base but sometimes weather can affect the success rate or if they are injured. 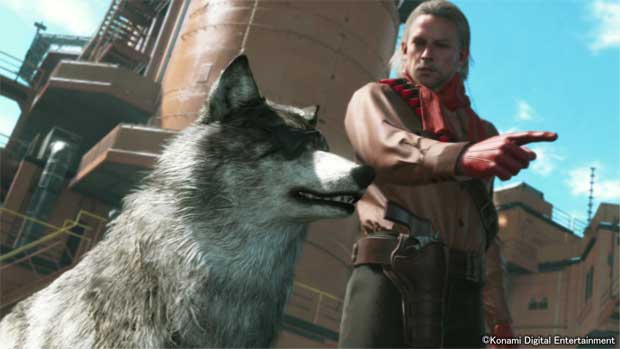 As mentioned, combat is another great experience as you can approach the game as either a deadly assassin or go for the kill with access to some truly massive weapons that literally blow holes in your enemies defences. More importantly, the developers give the player almost full control on how they can complete a mission. Whether you want to carefully place C4 on a radio tower or use a rocket launcher, the choices are almost endless. You can even fight from horseback, hide on horseback which is so cool on all levels.

So apart from the main missions, the game gives the player optional side missions to complete which could literally have you playing this game for a very long time… oh… and then you have the boss battles! And if you should fail, you can always jump into the chicken mode which shows you all the enemies on the map. So yeah, the gameplay is pretty much perfect on all levels! 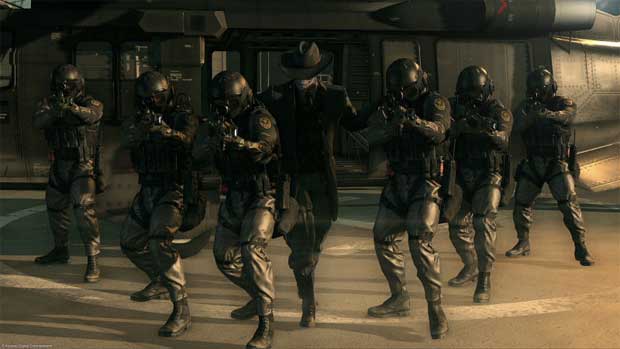 Metal Gear Solid V Phantom Pain is one of the most impressive games of the year and the attention to detail is amazing, especially the diverse environments and realistic characters that go hand in hand with the almost flawless gameplay of this next-gen title. The cinemas which really create the story behind the gameplay flow flawlessly with the in-game graphics that creates a great illusion and makes it quite difficult to tell when these commence and end. Then you have the realistic weather effects, lighting and special effects that make full use of the XBox One architecture. 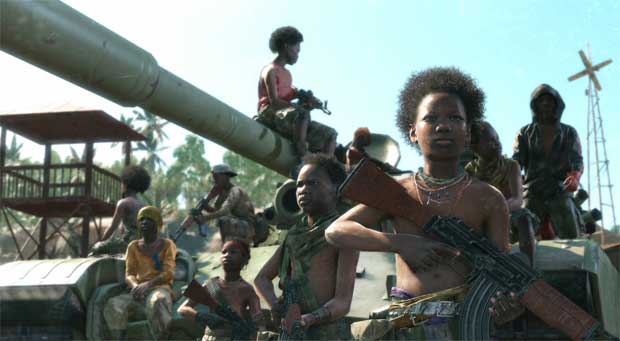 To compliment the graphics, Metal Gear Solid V Phantom Pain boasts an amazing soundtrack that creates emotion to the characters of this game. Sound effects really boom through your speakers which add to the immersion factor of this title. Voice acting is another highlight and nothing is too contrived or clichéd as everything goes hand in hand with the gameplay to create a very compelling experience on the XBox One.

Metal Gear Solid V Phantom Pain is an interactive piece of art that truly pays homage to the original game and successfully expands the franchise into an open-world game. The gaming mechanics are flawless as are the beautiful graphics that go hand in hand with the gameplay and audio. Game of the Year hey? Well… it’s a close fight between this title and the Witcher III and given there are only a few months left, I sincerely doubt another game will come close. 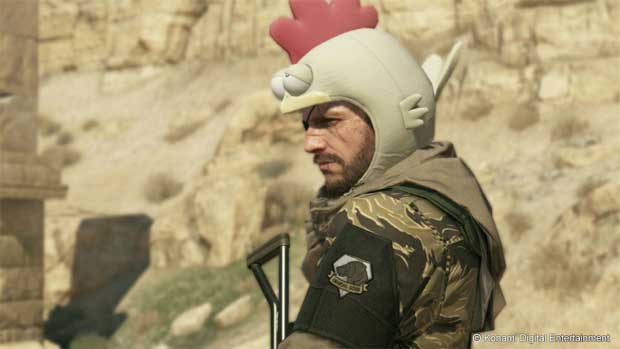 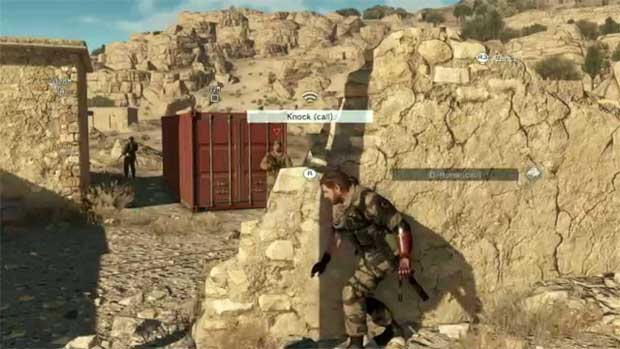 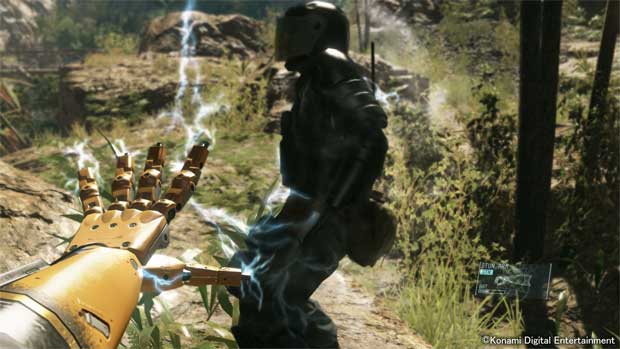 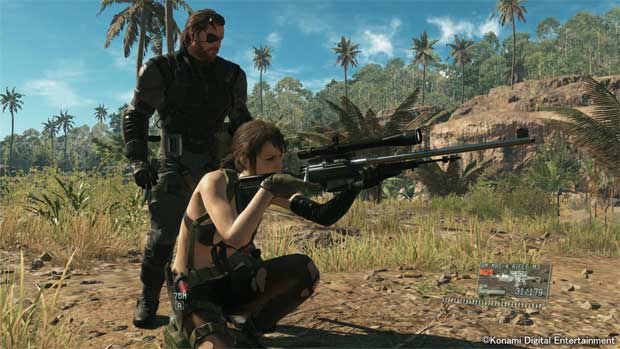