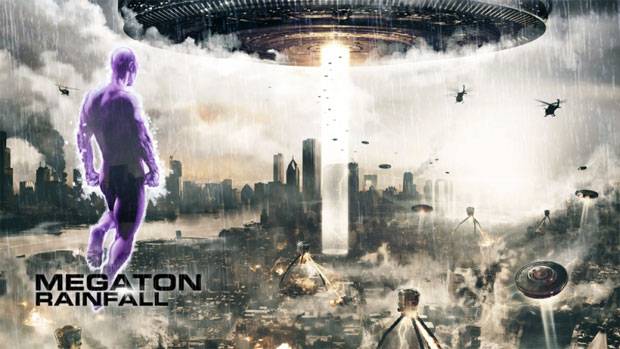 Summary: Megaton Rainfall proves it is not easy being Superman and does it well

Although originally created as a VR experience for the Oculus Rift and later the PlayStation VR, Megaton Rainfall has arrived on the XBox One/X that of course removes the VR component and thankfully still works. At its core, Megaton Rainfall is a highly ambitious game as you fly around the world and space as a ‘superhero’ who looks like Doctor Manhattan (The Watchmen) in order to stop an alien menace that threatens planet Earth. With that said, you’re more Superman and although no game has successfully created a Man of Steel-like experience, Megaton Rainfall comes close as it really makes you feel like you are front and center… in other words, it feels like you’re flying like a badass. 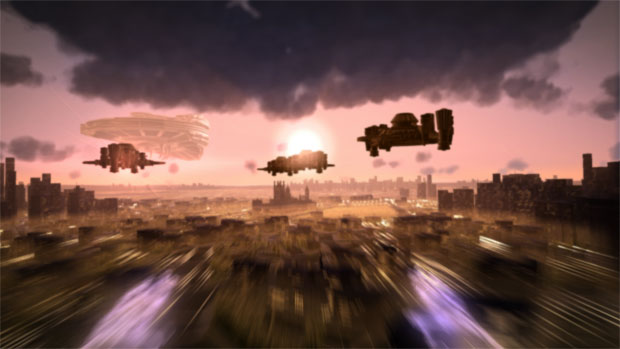 Then you have the scope of the game which is massive and as mentioned, you don’t just fly around Earth but you can leave the planet and even go underwater which really enhances the overall experience of Megaton Rainfall. However don’t expect a procedural generated universe like No Man’s Sky because the gameplay does revolve around Earth and at times becomes a little repetitive.

Given that, Megaton Rainfall instantly makes you feel like some omnipotent being and, in a nice touch, as you’re practically invincible your “health gauge” is actually represented by the level of collateral damage that occurs, placing the onus of protecting the planet squarely on your shoulders in what feels like a conscious throwback to the more classic archetype of superheroism before everything became Zack Snyder-fied. 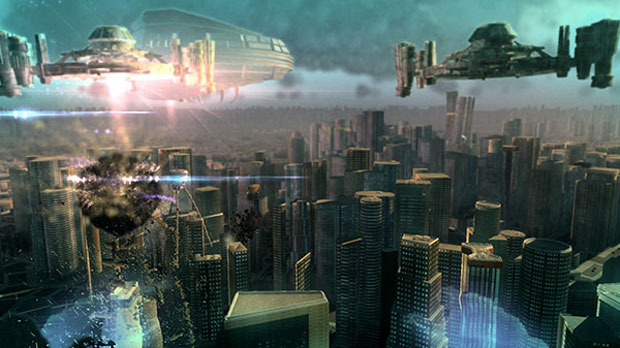 Not to invoke another famous spandex fancier, but with great power comes great responsibility and Megaton Rainfall consistently reminds you of this throughout the game; you can easily wipe out a handful of enemies by unleashing a devastating burst of energy from your hands, but doing so could also topple skyscrapers and raze entire city blocks, forcing you to always weigh up whether the means justify the end. Also as the game progresses, your powers increase, including how you fight the enemies in the game, however speed is where this game shines due to the realism. With that said, you can fly at some incredible speeds that allow you to reach the other end of the planet in a flash in order to take on the enemies.

There is a story behind Megaton Rainfall and you have been given powers by a mysterious voice who has unwittingly let this alien race attack Earth. So while they destroy the planet, you need to stop them by destroying their ships and prevent human casualties. If the death count gets too high, the game will restart at the last save check point. All in a fun indie game from start to finish which can easily be finished in a few sittings. 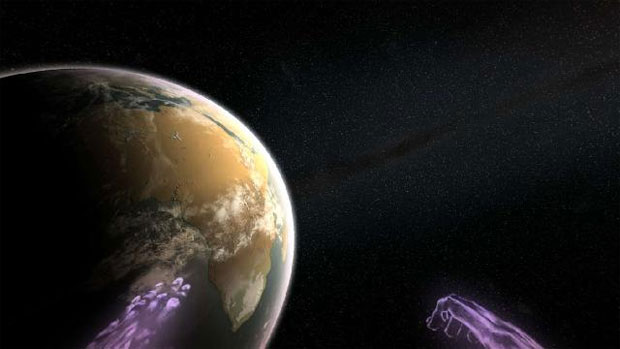 Graphically, the game looks great on the Xbox One/X and the level design is quite astonishing due to the detailed used by the developers which actually makes it look real at times and more importantly, it’s a living breathing planet. Needless to say, the destruction mechanics of Megaton Rainfall is very impressive and seeing giant skyscrapers come crashing down is quite the experience. Audio is a lacking but thankfully the graphics more than make up for this short fall. 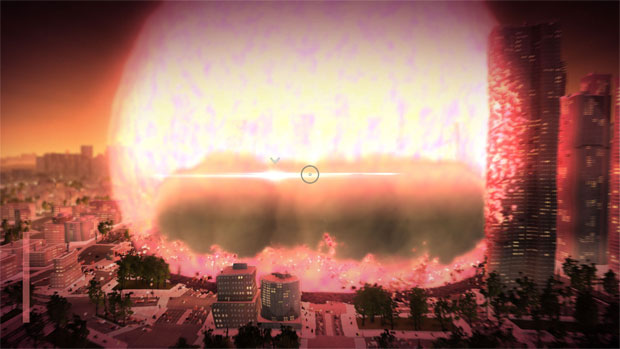 Few games manage to properly capture the sensation of becoming a superhero, and for the most part those that do it best are often firmly grounded in reality, like the Arkham Series; even the Infamous games and those that do take a more fantastical approach to the genre are constrained by the fact that they’re generally restricted to a single city. Megaton Rainfall gives you the entire planet to take care of and, while it can be an overwhelming responsibility at times, it’s one that I find myself stepping up to time and time again. 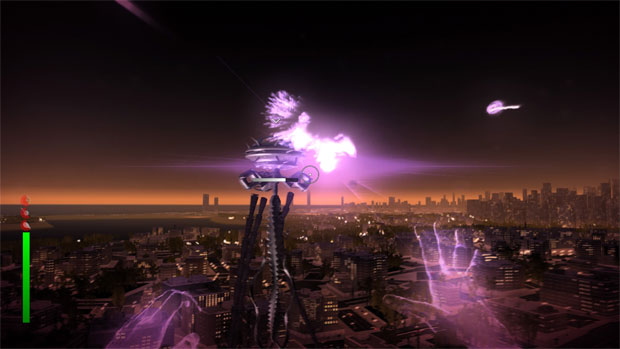