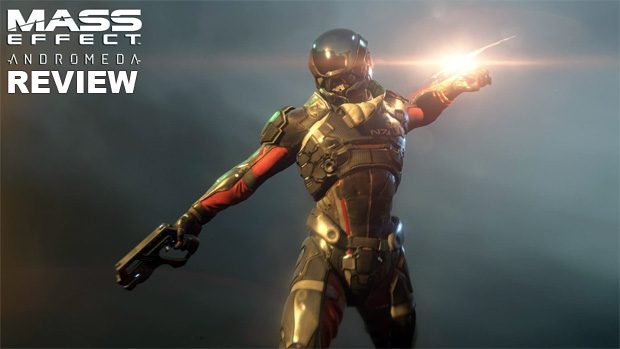 Summary: Mass Effect Andromeda is the start of something beautiful, even with its glitches as you explore the unknown.

The Mass Effect series by BioWare is epic on almost every level as they took gamers from around the world on a truly powerful story-driven RPG adventure with interesting characters, almost flawless attention to detail and some of the best world or should I say universe building in any game. However the last game in the series, Mass Effect 3 received mixed reviews due to the ‘controversial’ ending which saw our heroic protagonist Shepherd make the ultimate sacrifice. Sure it was a bittersweet ending but it was also an emotional one and it was a time when we discovered that the gaming world enjoyed their Hollywood endings. 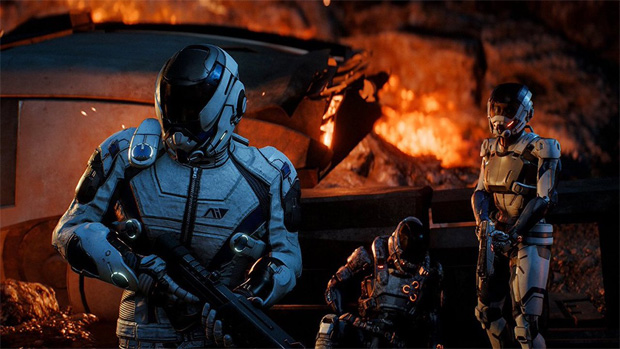 So here we are again, exploring the expansive universe of this entertaining sci-fi RPG in Mass Effect: Andromeda that although is familiar, throws players into an unexplored part of the galaxy with new challenges, villains and stories to once again not only get you invested in your character but have a thoroughly enjoyable time at the same time. Compared to the original Mass Effect trilogy, Andromeda’s story is still epic in a sense but not as legendary as the saga of Shepherd and his allies as this game focuses on colonising a new part of the galaxy, even though it’s after the devastating events from the previous game.

So as the story deviates from the controversial ending, it focuses on the colonisation of the Andromeda galaxy (called the Andromeda Initiative) as these arks have completed their 600-year journey (or 634 to be precise) to this distant star system. Each of the Arks are carrying 20,000 cryogenically frozen colonists that include the various races of the council that are the Asari, Humans, Salarians and the Turians. Your Ark is predominantly made up of humans who have left everything and everyone behind to help build a new empire. It’s definitely a brave new world as these humans finally arrive at their new home, an ‘Earth-2’ in a sense. 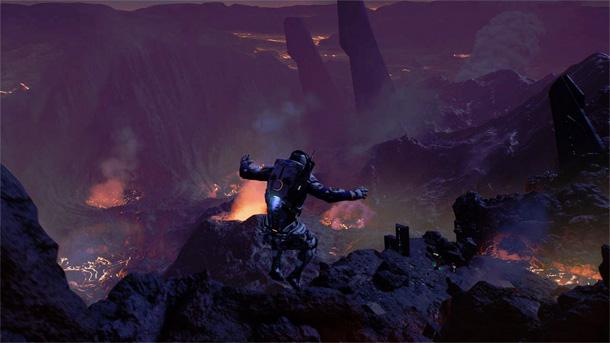 Unfortunately things haven’t gone to plan for the Arks which has spread these ships across the galaxy and to make matters worse, this part of the universe is inhabited by the ruthless alien race known as the Kett and deadly robots called the Remnant. So with all their contingencies thrown out the widow, your character steps up to the fill the void in leadership as you search for a new home for the colonists on board your Ark. So as the previous Mass Effect games were about saving the known universe, this title focuses on finding a new home and navigating the dangers that surround your mission. It’s also an unusual feeling because although everything feels familiar, it also feels quite different but thankfully this works very well as I felt like I was coming home again, even though I was controlling a new protagonist in Mass Effect Andromeda.

With that said, the game contains four difficultly levels that range narrative which focuses on story and easy combat to insanity which is pure chaos thanks to the combat. However before you start the game, you must choose your character and this includes two pre-generated characters that include Scott or Sara Ryder who are twins or you can customise your own, including species and gender. It’s also a family affair because your father is the leader of the Pathfinders who are recon specialists that have been selected to help explore this unknown universe and ensure the safety of your colonists. To make matters worse, when you awake from your cryogenic slumber, your twin’s pods has been damaged and for now, they are safe. 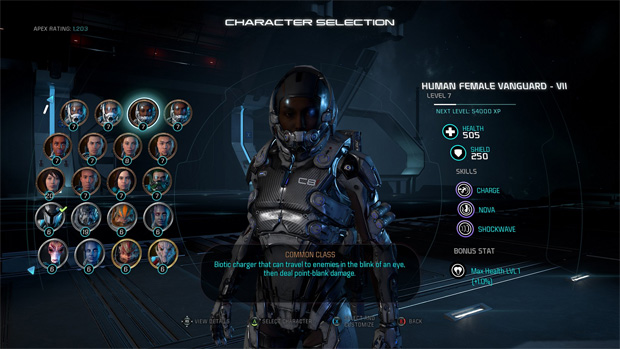 Also when everything hits the fan, your crew is a little on the serious side with plenty of clichés thrown into the mix. Sure, this is your first time with them but their personalities are a little on the dull side. We probably needed more James Cameron inspired dialogue from Aliens or something… you know, game over man! Also, for those who played the previous games, it does make you miss Garrus and co but your crew does get a little more interesting as the game progresses. My favourite NPC was SAM who is the AI in the game and becomes part of your character which does seem a little reminiscent of Halo. Romance returns again in Andromeda which includes heterosexual, same-sex and even interspecies relationships plus more risqué sex scenes that may make a few people blush if their partners are watching your choices.

Like the previous games, more so Mass Effect 3, Andromeda is a massive open-world of space and planets with strong RPG mechanics and a decent combat system. Although your goal is to find new planets to colonise, it’s also about establishing relationships with other characters and finding the other Arks to give the title a more ‘human’ experience. To help with this process, you have a powerful interstellar ship called the Tempest which is also your hub that allows you to fine-tune your resources and of course research additional equipment in your journey throughout Andromeda. On high note, I loved the inclusion of the Nomad vehicle which allows you explore planets, rather than on foot. So add in some Star Trek inspired equipment to help scan for resources and items and Mass Effect Andromeda definitely feels like a frontier exploration game, particularly when you encounter new characters. You can even use your scanner to investigate the cause of death of corpses that you may encounter which definitely has parallels to the scanner used the Batman Arkham games. 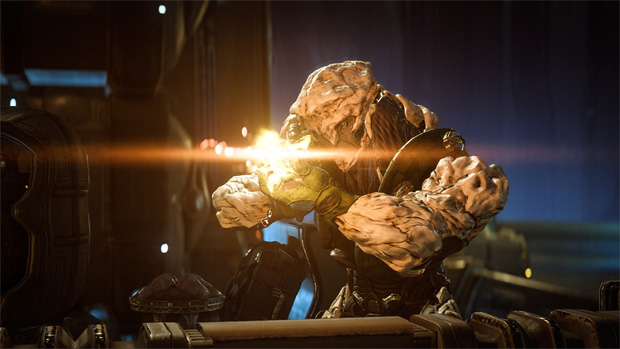 So while you “boldly go where no man has gone before”, combat plays a key component to Mass Effect Andromeda and it’s been considerably refined since the previous game. Although at its heart, this title is an action RPG, the combat mechanics are quite strong which gives the player access to a wide gamut of new skills, weapons and a jump jet (a short ranged jet-pack) which increases the strategy of how you encounter your enemies or get to unclimbable areas. The cover system has also received a makeover and feels much more fluid. Given that, the title is still requires you to grind but it’s actually an enjoyable grind as you customise your characters fighting abilities and work in conjunction with your team to dispatch your enemies. The hardest choice in the game is finding a favourite ranged weapon and if you do run out of ammunition, melee attacks help fend off your enemies.

Although there are main quests in Andromeda, there’s plenty of side quests to be found along the way as you explore this new Mass Effect galaxy. There’s also missions you need to do for your crew members which expands the characterisation and storytelling of this game. Furthermore and while interacting with characters, players are given dialogue options (emotional, logical casual and professional) while in conversation as to how they will answer NPC’s in the game which has repercussions but it helps flesh out the character you want to become. So whether you want to be something more of a Vulcan (e.g. Spock) or a gunho Han Solo type character, the choice is ultimately left to the player, however the game still ultimately dictates the major pathways. One issue with the overall game is that it does feel a little sparse in terms of new life half way across the galaxy and I was hoping for some more intelligent species but maybe in the sequel, we’ll get new ones.

Overall, Mass Effect Andromeda is a sturdy game and although some critics have been a little unfair, the majority of gaming mechanics work well such as the combat, levelling up of your character and interaction with the gaming world. The combat is really fun as you use your environment to maximise your chances of winning, including basic squad mechanics to order your troops around. When it does come to upgrading your skills, there’s plenty of choices that does open up the game for another play if you have the time. Given that, you could easily invest 100 hours or more into this game, especially exploring the planets and becoming lost in side quests. 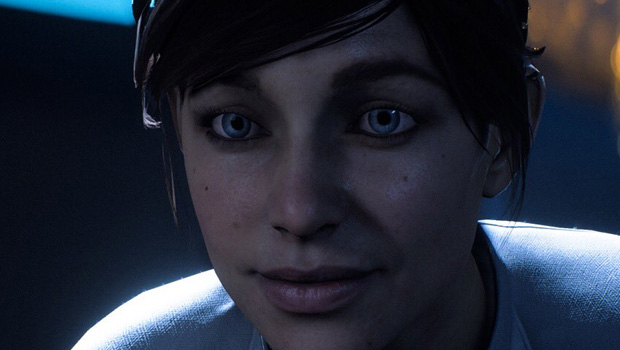 Graphically, Mass Effect: Andromeda is an impressive looking game on the Xbox One, however some people may be put off by the facial features. For the most part, I was quite impressed by the facial features, however I can see why some people are a little annoyed. For example, I chose the pre-generated Sara Ryder and at times, she looks very young but apart from that, I had no issues with the faces in Andromeda, even though at times they did border on the creepy side. Environments are well crafted, different and give the illusion that you are one some distant alien world. Special effects, lighting and textures enhance the graphics with only a few glitches here and there. On a standard Xbox One which this game was played on, the frame rate can struggle at times as it’s not as smooth as the previous game. Let’s hope BioWare keep releasing those patches to make the overall graphics smoother. Voice acting works well as do the sound effects and majestic soundtrack that once again goes hand in hand with the Mass Effect legacy. 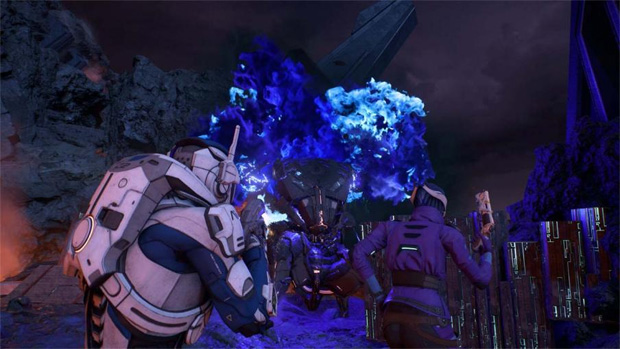 Mass Effect Andromeda is a little rough around the edges but still provides fans of this series or newcomers an immersive experience in another part of this universe. There’s some good storytelling and world building with interesting gameplay mechanics to help keep you invested. I like my protagonist of Sara Ryder and even though she’s no Commander Shepherd, we did have a connection and I look forward to visiting this universe time and time again. Sure, the graphics can cause some issues at times and as mentioned, hopefully these will be resolved in the future but overall, Mass Effect Andromeda ticks all the right boxes when it comes to space exploration as it channels its persona from science fiction. Sure, there is still grinding involved as you ‘level-up’ your character but if you make the investment, Mass Effect Andromeda delivers on most levels. 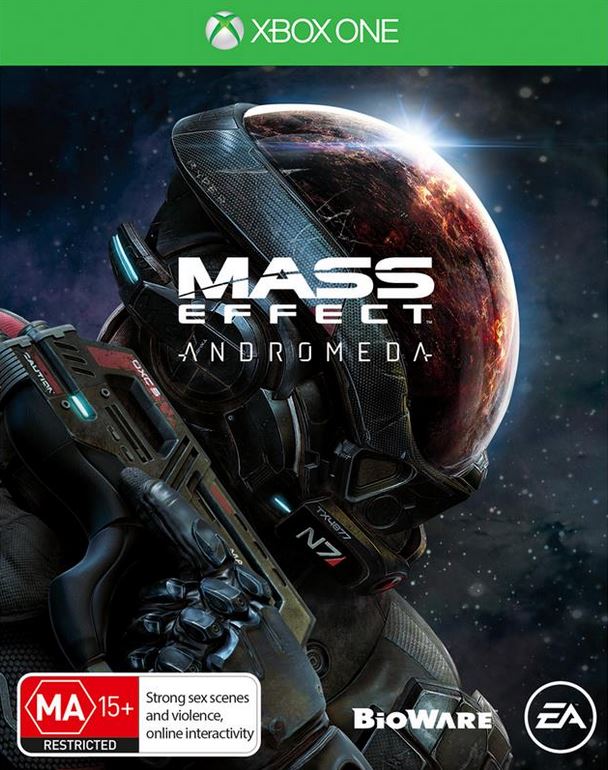 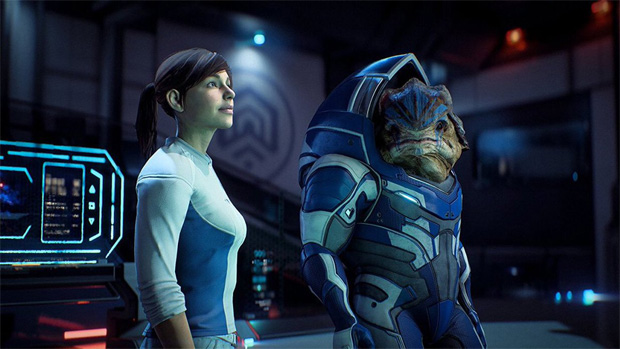 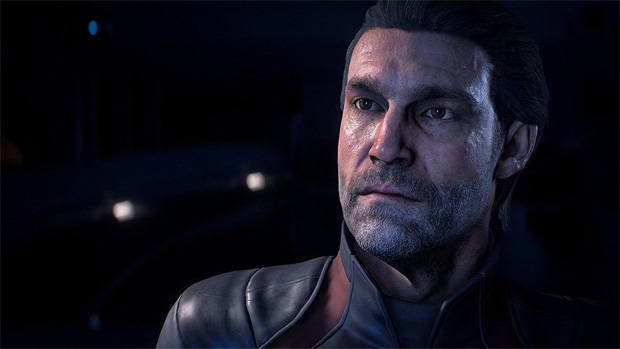 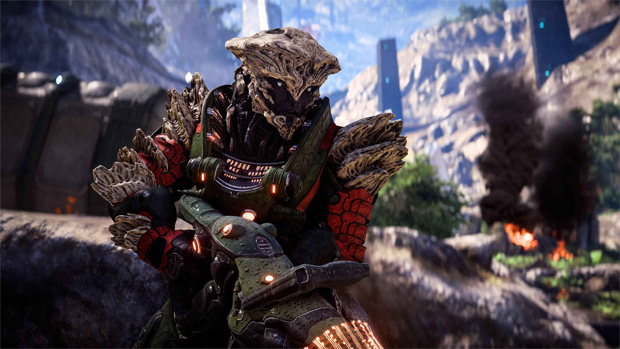 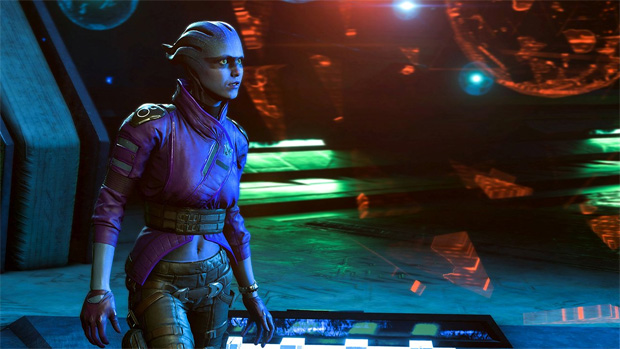 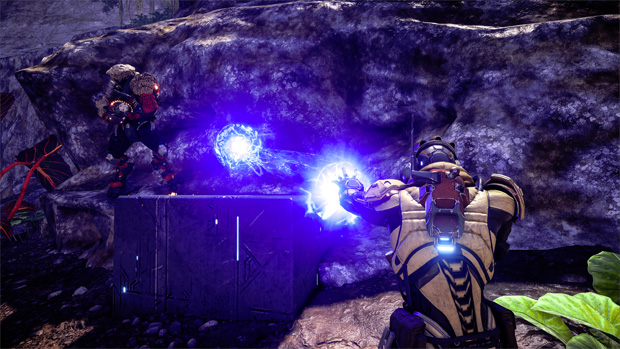 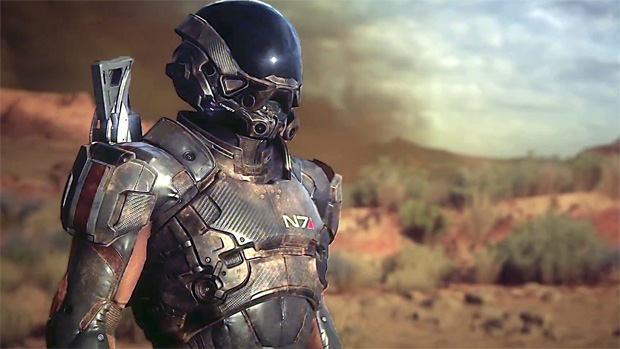