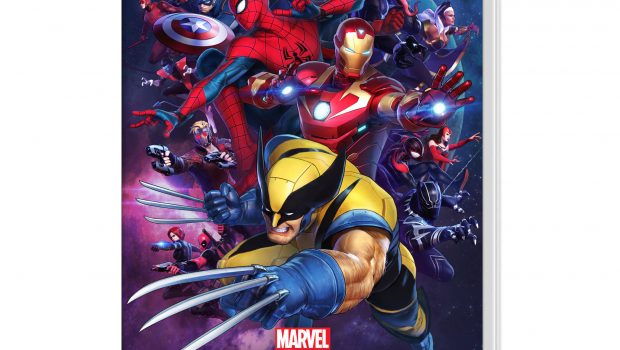 Summary: A great idea...but one hampered by a poor camera and formulaic gameplay.

Ever finish a movie feeling sorry for seemingly very good actors saddled by a mediocre script? That is perhaps the best way to describe Marvel Ultimate Alliance 3. It’s a game that should and could work a lot better than it does, but ends up – arguably due to design limitations – falling quite short.

It’s not all bad, however. For those who truly love Marvel movies and its Universe, Marvel Ultimate Alliance 3 does a wonderful job in capturing Marvel’s essence and spirit. Dialog is terrific, and entertaining cutscenes perfectly echo the look and feel of the most recent ‘Avengers’ and/or ‘Guardians of the Galaxy’ movies. It’s crystal clear that those who created this game certainly know its franchise. 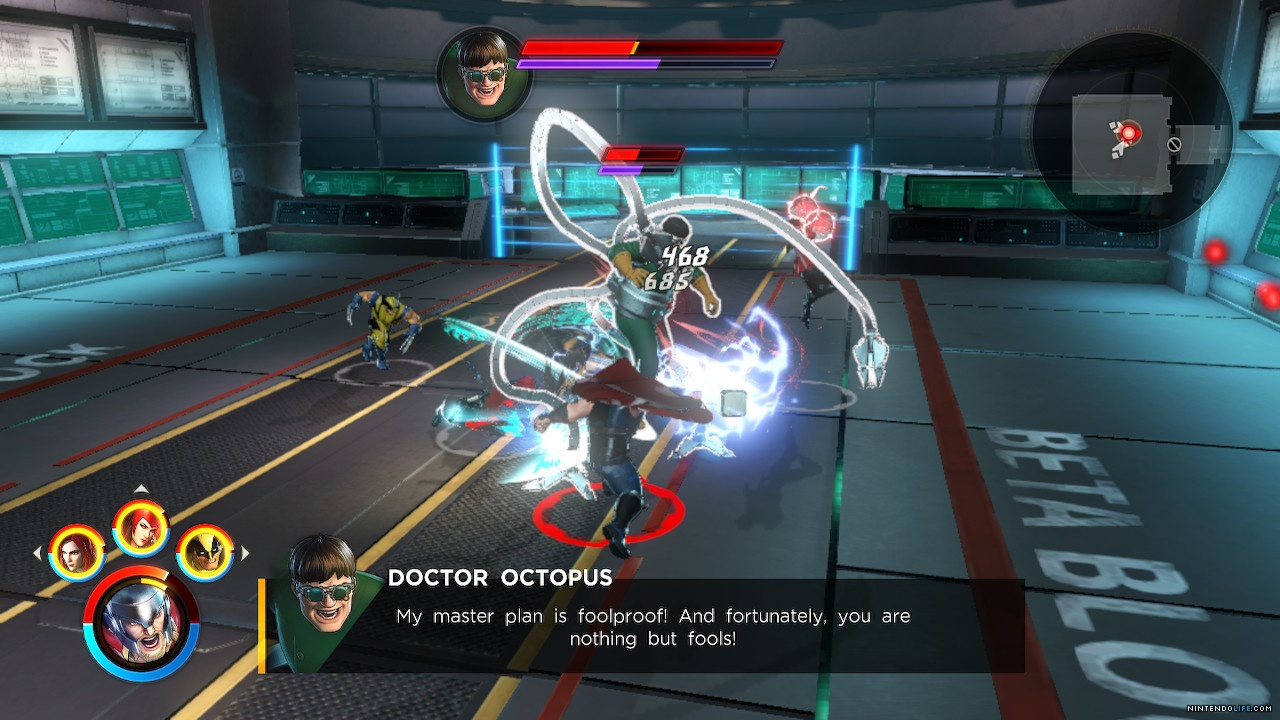 Similarly, the cast of characters is enormous(!), and spans the entire Marvel Universe. Lots of familiar but also fun and obscure faces in there…with all of them being playable. Thankfully – akin to fighting games – each character does play somewhat differently (more on this below). Related, Marvel Ultimate Alliance 3’s storyline pulls straight out of recent comic books and movie arches, it directly linked to the fate of the Infinity Stones and within The Raft prison. 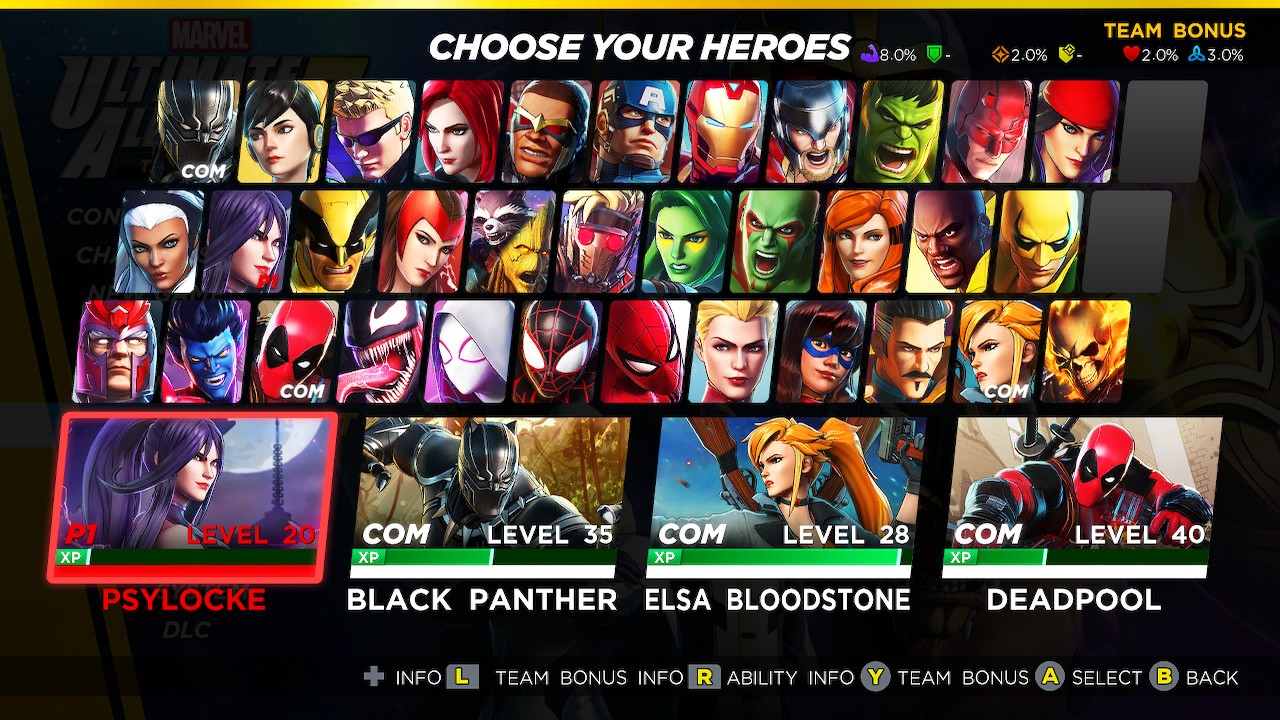 Plot is comic book norm. The Guardians of the Galaxy accidentally release the Infinity Stones to a band of criminals. Shield, The Avengers, X-Men, and everyone in between join together to get them back. (Hence the ‘Ultimate Alliance.’) Stages begin by selecting from available characters to accomplish a specific task, culminating in defeating a high profile baddie. Said stages can be conquered either solo (with CPU partners) or local/online cooperative. Players can easily swap across CPU partners during play, with experience points unlocking new skills and abilities. CPU is surprisingly competent if not uber collaborative.

To begin, camera angle remains atrocious. An awkward isometric perspective makes it far too challenging to keep tabs on the action, with players and enemies overlapping in a graphical mess. With upwards of twenty different characters doing battle on a screen, it is nearly impossible to distill who is doing what and to whom. Unless your playable characters flies or is enormous, expect to lose him/her in the middle of a fray and regularly. This is hair pulling frustrating on a tiny, portable Switch screen.

Moreover, level design exacerbates camera angles issues, resulting in occasional wandering to nowhere due to depth misperception and map confusion. Uninspired backdrops, smashing boxes for XP unlockables, ‘interacting’ with non-descript access points…and ho-hum. Adding to the mess is that Marvel Ultimate Alliance 3 features but two attacks (light and heavy, respectively)…plus a tandem one. In exception to discrepancies between hand-to-hand, distance and/or flying character types, there’s little gameplay (versus presentation) distinction between characters across the button presses. Mash mash mash. Where am I again?!

In summation: expect a whole lot of button mashing, doing lord knows what on screen, and for considerable time. Rinse, wash, repeat. Thankfully the great cut scenes break up the monotony on occasion to keep things mildly interesting. It’s grind gameplay, but without the rewards. 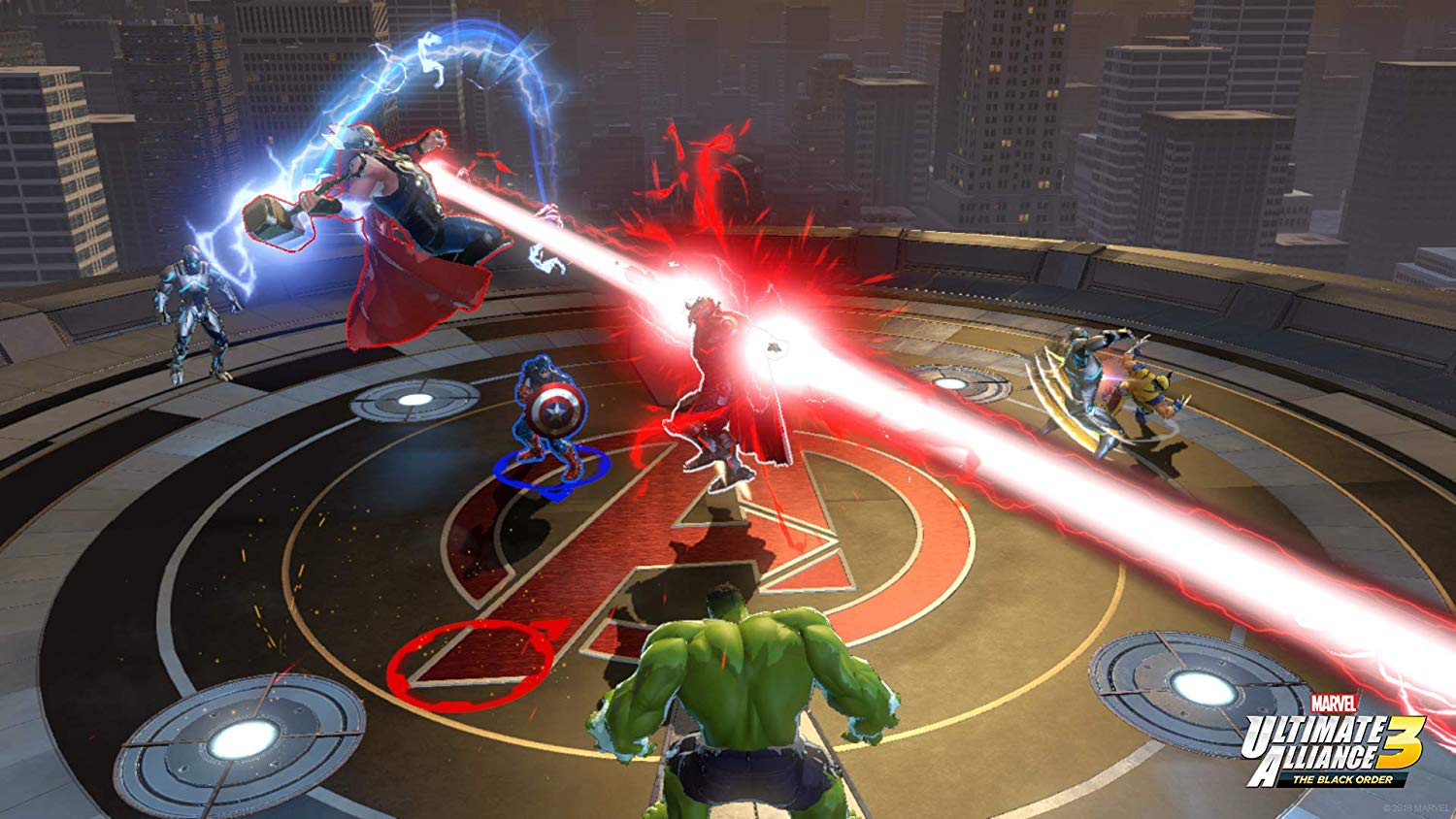 Referencing review opening, Marvel Ultimate Alliance 3 frustrates most by what could have been. The game offers cool individual and group skill unlocks, also bonuses based on team makeup configuration (derived from storylines). Its tongue in cheek approach is dying to come out and play, but continuously gets sidetracked by formulaic gameplay.

Also, I just don’t understand why the isometric camera fails so poorly, again. In contrast, isometric angled ‘Diablo III’ does a stellar job in juggling chaotic gameplay featuring diverse characters, also – in most instances – preventing such characters from wandering aimlessly. Even the supposed ‘challenge’ areas (of defeating waves of particularly difficult bad guys) of Marvel Ultimate Alliance 3 don’t feel spontaneous or exciting. DLC is on the horizon, but it’s simply (as of announced information) more characters versus gameplay improvements.

Perhaps younger gamers will be less turned off by these flaws, also those craving for some portable, co-op experiences online/offline to collectively embody their favorite Marvel heroes. Still – and unless you’re an exceptional diehard, it’s hard to recommend Marvel Ultimate Alliance 3…and coming from a Marvel diehard, no less.