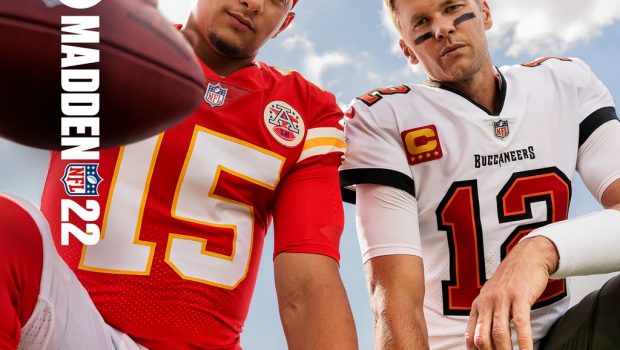 Sorry, friends: it hasn’t happened yet: there is still no single truly solid next-gen sport title.

Related and full disclaimer: as EA Sports titles are typically heavily patched post release (once online features fully enabled), I wanted to let Madden 22 breathe like a fine wine before finalized sentiments. Based on other reviewer comments at title launch, the most offending glitches were thankfully patched…but sadly a few remain. More on this below. Moreover, stated new additions to Madden 22 – limited to next-gen consoles – are barely impactful. Ergo, Madden 22 joins 21 also FIFA 21 as beautiful but just above average yearly sport title offerings.

The ‘beautiful’ bit stems from another terrific EA use of the visually stunning Frostbite engine. Madden 22 presentation is stellar, with wonderful lighting effects, stadium and player models, and in-game menus. Audio remains a strong suit, with marginally improved commentary and on-field sound effects, and a nicely integrated and selected soundtrack. 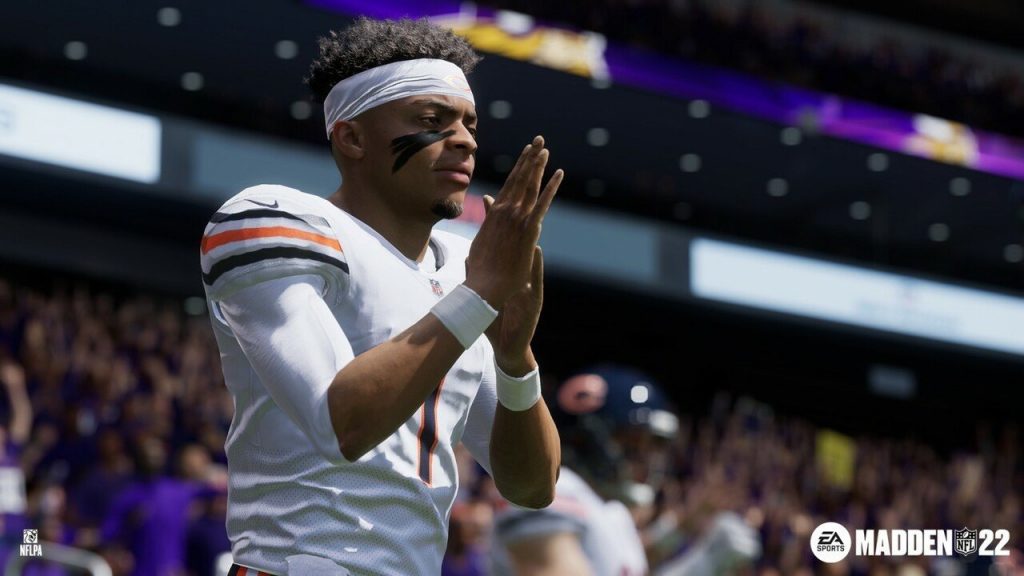 The most hyped audio-visual upgrade to Madden 22 is its Dynamic Gameday. This feature provides homefield teams with a select array of performance and gameplay advantages driven by momentum. These advantages are perfectly matched to a specific team’s stadium and fanbase nuance, and nicely mirrors in-person game experience. None, however, are dramatically impactful. These are arguably best served for online versus play, where perhaps a subtle advantage can be capitalized by highest skilled Madden players.

A sister upgrade lies in more diverse depictions of diehard fans. Again, these are matched to a stadium and team, and feature custom face paint, headgear, and outfits. Character models leave a lot to be desired, however, with far too much appearance combo redundancy also peculiar physical fan models. The final bit of additional immersion is via custom chants, a long overdue addition to the Madden franchise. Still, these fall short by not capitalizing on spatial audio, thus ends up as yet another layer of ambient noise in a sea of others. 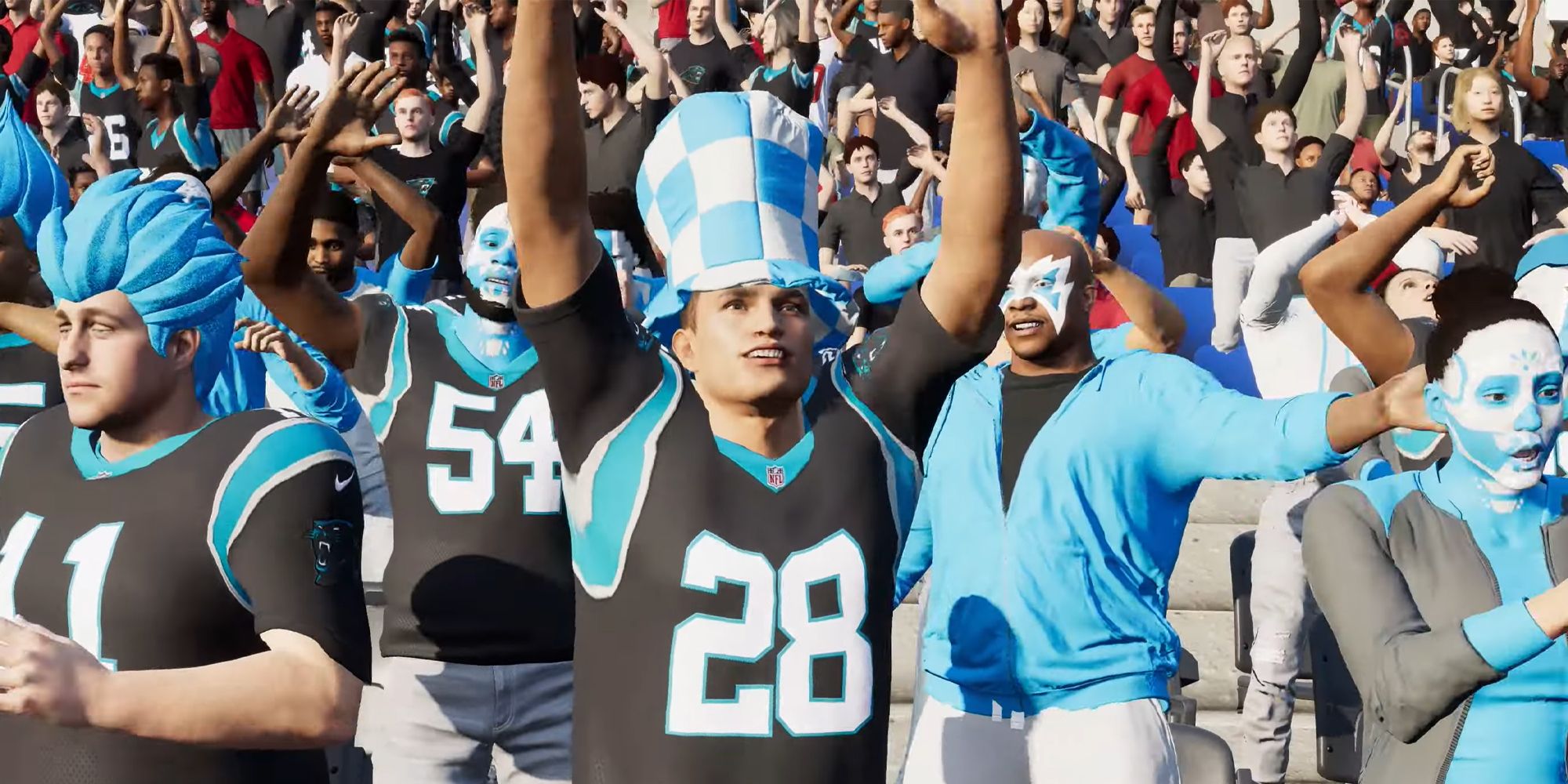 Gameplay wise, upgrades over Madden 21 are minimal but welcome. Run blocking is moderately better, as the physics of running backs following blocks, entering holes, and engaging with tacklers is noticeably better. (EA credits this to improved physics based on player weight/heights.) Also welcome is the shift from excessive interceptions on underthrown passes to more ball battles and deflections. Wide receiver routes are less haphazard, with toe plants used more intelligently. Everything on the field – to include the kicking game – just seems smoother from last year.  DualSense controllers do get some rumble, hit stick and speaker love, but I wish there was more utilization.

Less noticeable improvements are increased numbers of ‘X-Factor’ traits, selection of an archetype for created players for ‘Yard’ and ‘Face of the Franchise’ modes, the addition of assistant coaches in ‘Franchise’ modes, and a linebacker class for said Face of the Franchise. Coaching style is the final Madden 22 addition, where playbooks now emphasize a particular area of offensive and defensive emphasis, swappable of halftime. None of these really push the envelope in tangible effect, but they do provide an iota more strategic flexibility and gameplay diversity. Face of the Franchise is a bit less monotonous…but only by a bit. Well, at least they’re trying, right?

What remains needs some work. While Frostbite is beacoup, player models and physics are still a tad blocky. Eyes stare eerily forward at all times. There’s also a peculiar glitch where pre-game referees are depicted as giant brown folded origami (?!), plus an over-abundance of CPU executed weird screen plays for negative yards. (The latter is a product of receivers catching passes far too close to the sidelines, which ironically the improved toe plant was supposed to remedy. The Yard is deluged by this bug.) Fair catch signaling went wonky at the worst times.

Next: why are there so many injuries in-game? I like the risk: reward dynamic of leaving a player in, but – even with an ability to select injury frequency – injuries happen a LOT at default settings. The same can be said in reverse about penalties, of which there are almost none unless turned significantly up.

Execution is also bumpy. Despite the PS5’s SSD, Madden 22 game menus and modes are PS4 slow in launching. I likewise encountered loading screen loops which required exiting the game entirely to escape. Looking deeper, I’m likewise unclear why the ‘Superstar KO’ mode mandates live, online only play, as ‘The Yard’ does not. Moreover, it would’ve been easy for this mode to mirror NBA2K’s conquest component, in pulling from real online teams for play in online yet asynchronous. Also, why does ‘Ultimate Team’ require completing simply gameplay tutorials to field a team…when there’s a standalone practice/tutorial option? 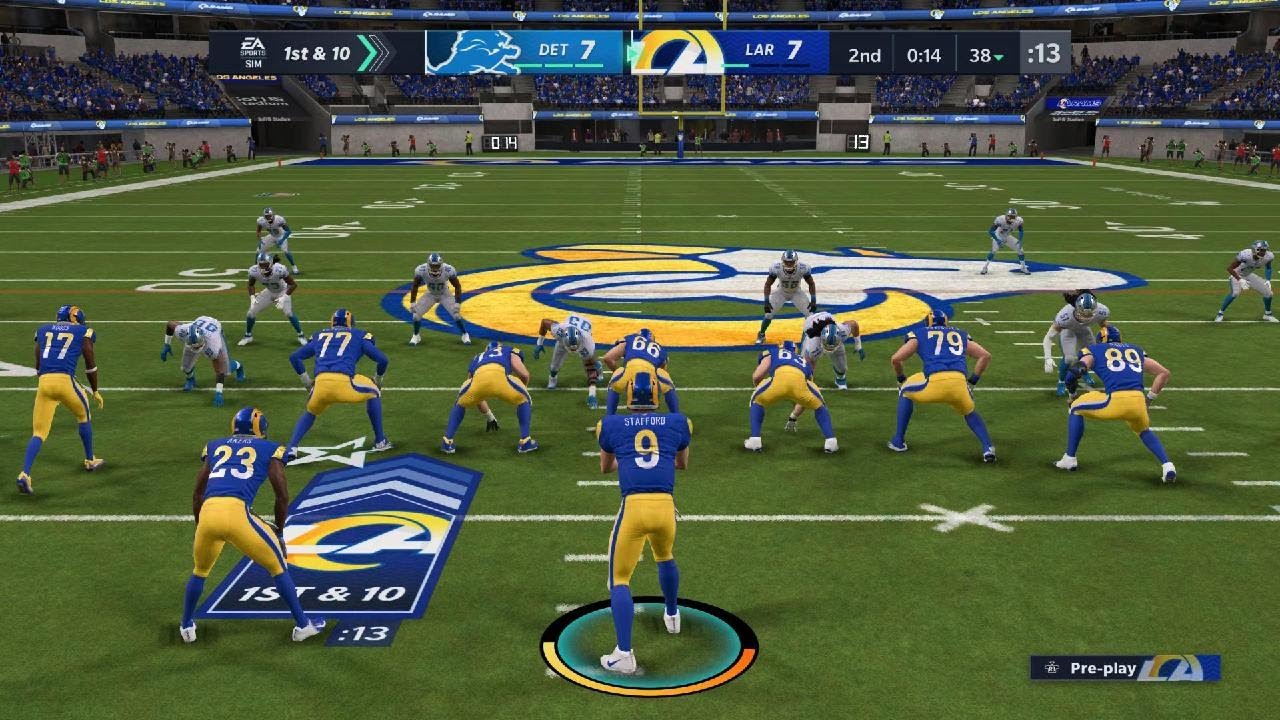 The sad truth to all of the above is that the PS5 is the better of the Madden version. PS4 owners receive all of the foibles sans any of the gameday/immersion upgrades.

My biggest pet peeve with Madden remains: it’s near-impossible for newbies to pick it up. The controls are confoundingly hard, let alone executing needed audibles, defensive adjustments, throwing modifications and line adjustments. For example: Madden is so long overdue for subtle highlighting of running holes, open receivers on the offensive end, likewise coverage gaps and lanes on the defensive front. Related, coach’s suggestion on plays is so dumbed down as to be useless: any half-intelligent human opponent will rip these plays apart based on formation/personnel adjustments. Third, simple pop-up cotrol reminders are sorely needed across all of EA’s titles, but none more than Madden. It’s as if EA Sports defaults to eSports and/or competitive Madden players as its lone and target audience.

Now the reverse argument: Madden veterans-slash-PS5 owners will no doubt squeeze every ounce of game out of Madden 22 and its oodles of modes. It’s the best version of Madden 22 available, and it to be expected EA can’t perform miracles on still new hardware. Heck, add-on SSD storage isn’t even unlocked for the system, increased FPS just unleashed.

When it’s the only show in town, it’s impossible to recommend alternatives. Madden 22 returns almost all of 21, but with some slight immersion and gameplay upgrades. Annoying bugs and gameplay question marks persist, as does the convoluted and highest barrier of entry control scheme. Still, veterans of the series  – especially most skilled – will willingly dive in.