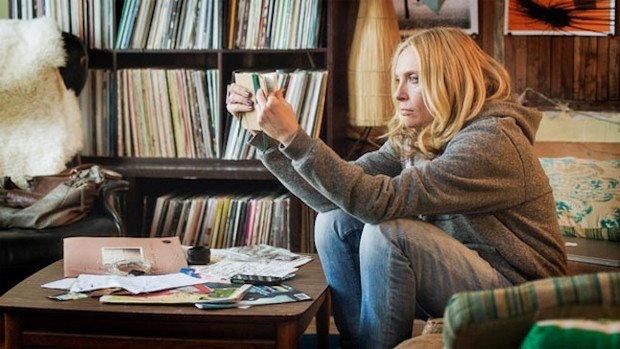 Summary: This film is a low-budget one but its redeeming quality is Toni Collette’s charming and skilful performance

‘Lucky Them’ is like listening to a familiar song except that it is music that doesn’t really sing. The film is about a jaded rock journalist who is given an assignment that will basically dredge up the ghost of a boyfriend past. The premise itself seems reasonable enough but this film is let down by a multitude of problems related to its execution.

This slow-burning film is directed by Megan Griffiths (‘Eden’) and is based on the semi-autobiographical tale by Emily Wachtel. The story goes that Ellie Klug (Toni Collette) is a self-destructive, 40 year old music journalist who enjoys hard-drinking along with a heady dose of sex, drugs and rock ‘n’ roll. Her writing is becoming irrelevant, as is the magazine (Stax) that she works for. Her editor (Oliver Platt) is undeterred and thinks that a white whale of a story will save the day. 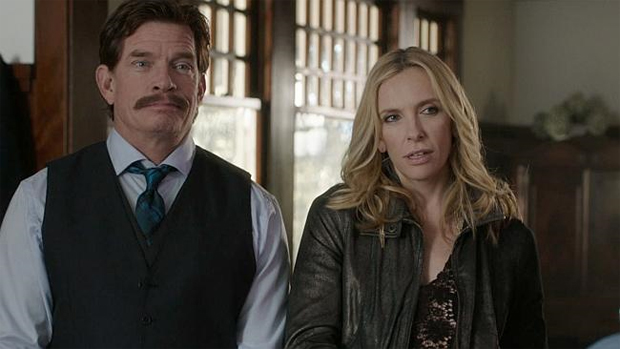 Klug used to date a rock god named Matthew Smith (Johnny Depp) who is like a cross between Jeff Buckley and Kurt Cobain. Messer Smith produced one seminal album and then simply vanished into thin air.  He was presumed dead after his car was found abandoned at the top of a picturesque fall. Stax’s editor wants Klug to investigate what happened to Smith so she takes the deadpan, Charlie (Thomas Haden Church) along for the ride. He’s only there because he is bank-rolling the enterprise as he’s a millionaire-turned-amateur filmmaker. 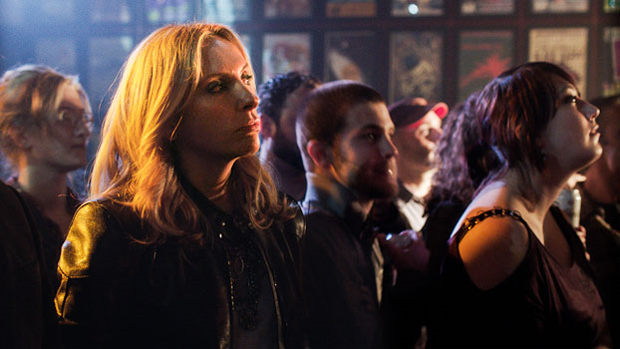 ‘Lucky Them’ is a comedy/drama that tries to be too many things. At times it’s like a nostalgia piece while at other moments it’s a buddy road film, a detective investigation, a character study and a film about a film. It has multiple plotlines but these are rather flimsy and superficial. The soundtrack features some alt-rock songs but at times this is also very heavy-handed and quite obvious in tone. In the end this film is too slow and predictable and things are resolved so neatly you’d think a cleaner had been behind it all.

This film is a low-budget one but its redeeming quality is Toni Collette’s charming and skilful performance. She has a great chemistry with her co-star, Thomas Haden Church and they try to get the best out of the poor source material. Ultimately, this is a narrative about an older woman with a messy life who goes on a journey of self-discovery through past loves with a sidekick in toe. It’s pleasant enough but instead of being a record you’d love to listen to over and over again, it’s a forgettable track that comes just as quickly as it goes. 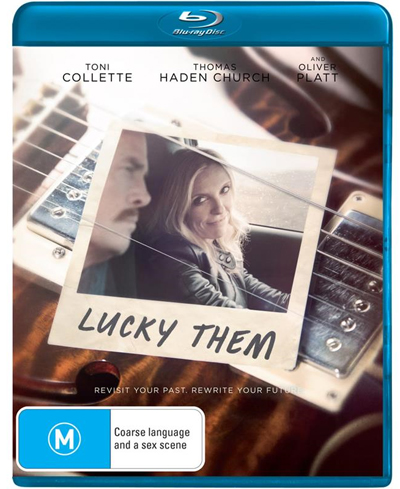