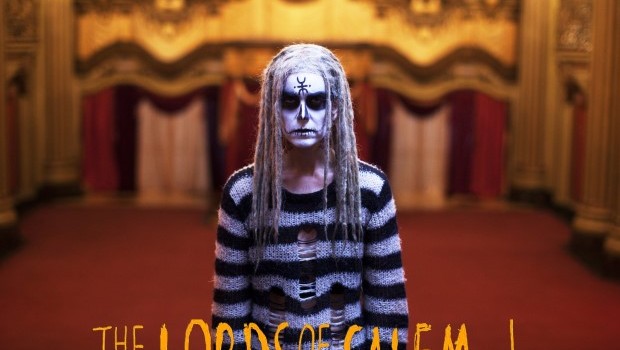 Summary: Zombie’s love letter to the kind of Psychological horror exemplified by films like Suspiria is an all around solid affair that will no doubt be held up as a cult classic in the coming years

I once heard Rob Zombie referred to as “The best director who has never made a good film”, and there’s no doubt that he is an extremely polarising filmmaker; his films have both been hailed as an effective homage to the genre and derided for being derivative and uninspired. Personally I fall somewhere in between, having enjoyed House of 1000 Corpses and The Devil’s Rejects whilst not really warming to either of his Halloween efforts. One thing I do think Zombie excels at is creating an unnerving atmosphere, instilling his work with a grimy sense of discomfort and dreads that permeates throughout; it’s a shame, then, that his writing occasionally lets down this successfully achieved aesthetic, often undermining the paean to the genre that he’s attempting to make. 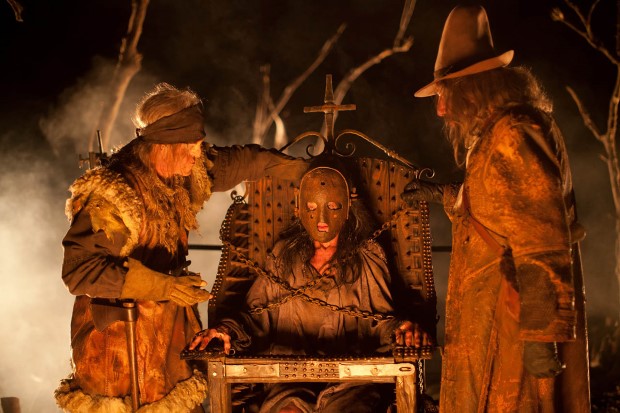 Although his latest film The Lords of Salem won’t go any way in changing the opinion of his many detractors, the simple fact exists that it’s definitely one of the more accomplished films in his directing oeuvre to date, both thematically and in terms of aptitude. 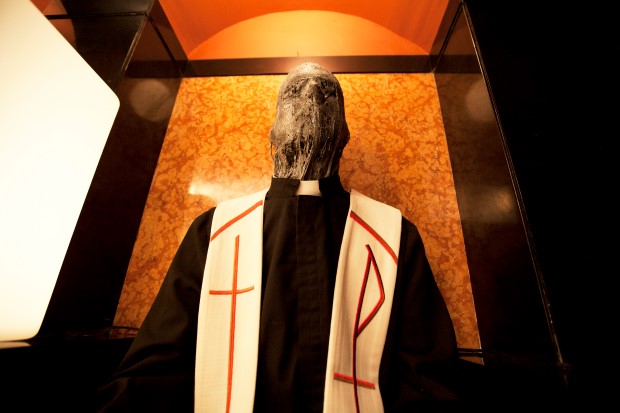 The Lords of Salem opens, appropriately enough, on the infamous Salem witch trials with a naked coven of witches giving themselves over to Satan. Depicted in an almost gleefully visceral fashion, the rituals of the witches are vulgar and hard to watch, leading to a palpable sense of relief when they finally meet their fiery demise.

Bringing events up to present day Salem, we meet Heidi (Sheri Moon Zombie, a familiar fixture in all of her husband’s films), a recovering drug addict and successful radio DJ; receiving a record addressed to her by a group called The Lords, Heidi plays the discordant melody contained on the vinyl over the air, with the female population of Salem, and Heidi in particular, experiencing strange effects whilst her male colleagues appear to be unaffected.

A guest speaker on the show, occult historian Francis Matthias, is intrigued by the sounds contained on the record and begins an investigation into the sordid history of the dark chapter of American history know as the witch trials. Heidi, meanwhile, is being plagued by grotesque visions and trance-like states, leading her friends to believe that she has started using again. As the week passes these otherworldly tangents become more and more intense, threatening her sanity and exacerbating her tenuous grip on her sanity. It soon transpires that there is a modern day coven of Witches eager to facilitate the birth of the Antichrist into our world and Heidi’s bloodline is the key to fulfilling this, with the cycle of hatred thought closed with the witch trials revealing itself to transcend generations. 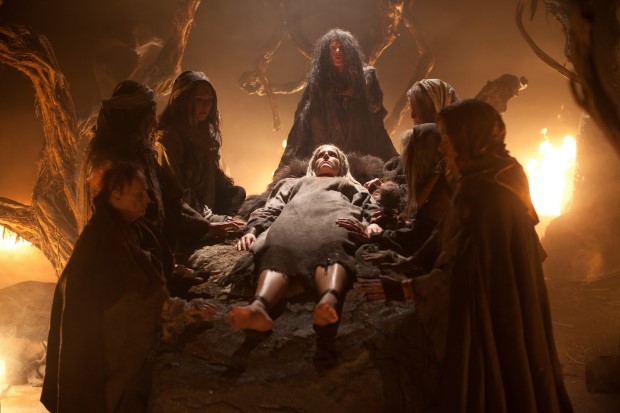 The first act of the film is exquisitely paced, whilst the second act ratchets up the tension to almost unbearable levels before reaching its apex and plunging the viewer into a quickly-cut montage of insanity. There are some missteps here and there – The film’s depiction of Satan as an almost cherubic dwarf with dual distended genitalia and the overacting of one of the witches coming instantly to mind – But for the most part Zombie exercises restraint with the steady unfurling of the plot, to great effect. The film announces each day with a black title screen that echoes Kubrick’s The Shining and the protracted lead up to the climax is a masterstroke of immersion, heightened by his use of slow tracking shots – Zombie wears his influences plainly on his sleeve and, for the most part, pays effective homage.

The brilliantly gritty atmosphere and pervading sense of dread comes from Zombie’s appreciation of the genre and understanding of effective filmmaking techniques, evoking a stylistic throwback that is at odds with the glossy fare that masquerades as horror in today’s industry. Zombie understands what makes horror work on a psychological level and employs this knowledge and obvious love for the field to great effect, creating a work that manages to crawl beneath your skin and pick away at your darkest fears. 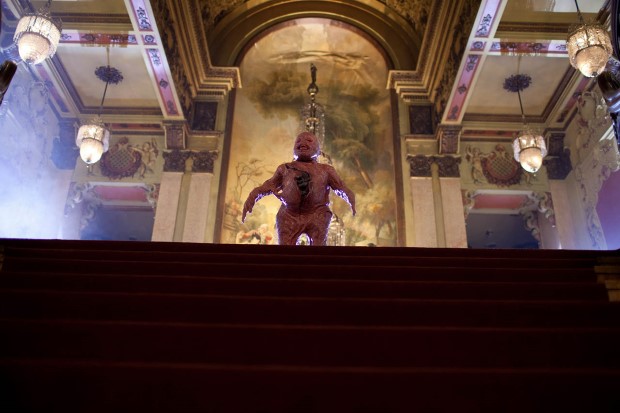 The Lords of Salem is Zombie’s first film where he has been granted full creative control and the result has more in common with the macabre and impressionist work of directors like Dario Argento and Alejandro Jodorowsky than modern horror fare… And is all the better for it.

Visually the film looks stunning and Icon’s transfer accentuates the superb cinematography; the image has a light grain that’s reminiscent of the works of Zombie’s influences and the colour levels, particularly the blacks, are evenly balanced and complemented by the transfer. Audio comes in a lossless Dolby 5.1 soundtrack with no signs of audible bleed through and impressive directionality and delineation between channels.
Special Features

This release has no supplemental features, eschewing even the commentary track by Zombie that was included on the international release, which is a shame as it did serve to clarify some of the more abstruse aspects of the film.

I think critics are all too eager to dismiss the work of Zombie and his propensity for casting his wife in pivotal roles has often elicited cries of nepotism, despite Sheri Moon Zombie consistently proving her competence as an actress. The Lords of Salem is steeped in metaphor and impressionistic filmmaking techniques, with the main story also acting as an effective metaphor for drug addiction, and stands as Zombie’s most intimate film to date.

The third act takes a few wayward steps that threaten to derail the film but Zombie’s love letter to the kind of Psychological horror exemplified by films like Suspiria is an all around solid affair that will no doubt be held up as a cult classic in the coming years. As with every Zombie film, many will most likely hate The Lords of Salem but I, for one, think it’s an intriguing piece of filmmaking that visually makes up for the occasional low points in the writing and shows Zombie’s continuing maturation as a director.