Summary: A science fiction experience that plunges the player into a space Science Fiction Adventure in Virtual Reality!

There are those very rare instances when it becomes apparent that technology can truly do amazing things. Playing ‘Lone Echo’ on the Oculus Rift is one of them, specifically for its ability to present a believable sensation of navigating and mastering a zero gravity environment.

The sensation is appropriate, being Lone Echo based within outer space, your character (‘Jack’) an advanced intelligence robot tasked with identifying the cause of an extremely troublesome electro-magnetic anomaly. Jack is the sidekick and eventual replacement to Captain Olivia Rhodes, both of you aboard a mining ship (Khronos II) residing just outside the rings of Saturn. 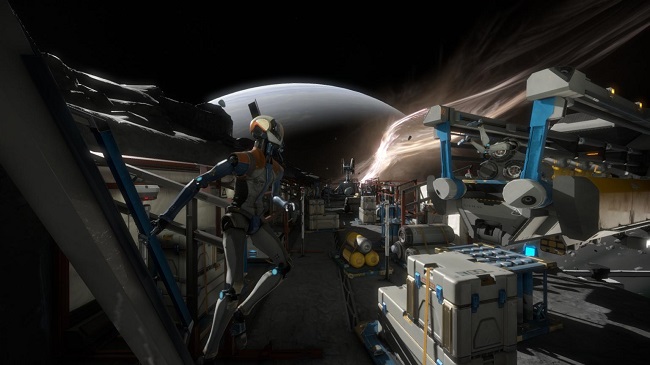 While the premise behind Lone Echo won’t blow anyone away, its execution, however, likely will. Be it hurling from and across environments, delicate thruster manipulations, or hard boosts or brakes, Lone Echo’s ability to simulate the absence of gravity must be experienced to properly appreciate. Other VR titles attempt this trick, but this the first to get it right. So much so, Lone Echo will force rethinking manipulation outside of the game following the first few playing sessions. (I dare you to not grab the closest chair thinking you or it will float away otherwise!)

Moreover, Lone Echo’s ingenious use of Jack’s abilities – and means of ‘learning’ them via module ‘tests’ – is novel and clever. Acquiring sensor readings, cutting through surfaces, aforementioned environmental manipulation, and even dialog become so second nature they cease to feel tethered to a touch controller. A couple hours in, one begins to feel like Jack, think like Jack, all in the auspices of zero gravity. 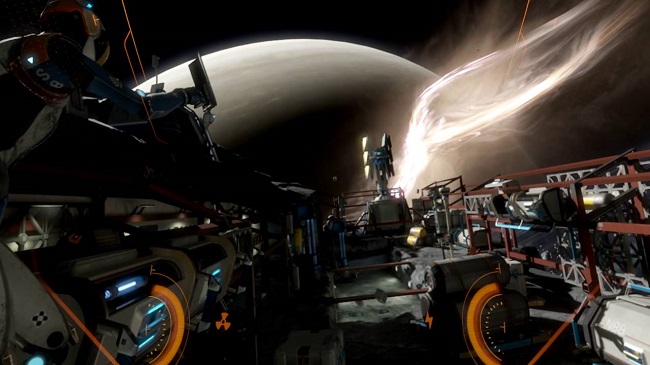 Akin to the cult television series hit ‘Firefly,’ Lone Echo captures the bleakness of both space and a lone ship to the tee. Seemingly mundane tasks are anything but in a setting where it all literally feels real. Ship repairs, use of shuttles, status reports, and simply taking it all in – Olivia’s hobbies and personality are a hoot – encourages working slowly (except when mandated due to radiation hazards) to savor.

With this being said, Lone Echo does have its warts. To begin, there’s too much seemingly random stuttering – even on a capable i7 and a GEFORCE 1060 rig – at key parts of the game. This definitely detracts from overall experience, with some online users reporting full game crashes at these junctures. Let alone the nausea induced when shaky visuals take over. 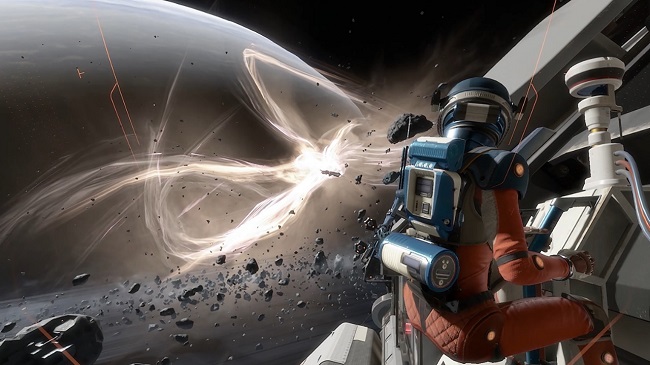 Speaking of motion sickness, Lone Echo claims a moderate level of discomfort…but that’s definitely underselling vomit potential. It takes quite some time to properly adjust to zero gravity, and even acclimation doesn’t guarantee immunity. At one instance seeming vertigo kicked in, and there went the Oculus helmet off my head before it got a whole lot worse. Moreover and at several junctures, I had to close my eyes when zero gravity took over, Jack sent hurtling at full speed into an incoming wall. Related, it’s not obvious that the right touch controller analog stick reorients forward facing position. Combined with the zero gravity nuance, this is a finicky combination that can produce a fair bit of discomfort (with right stick movements restricted, zero gravity movements a full 360 degrees).

Also, there’s a fair bit of nagging user interface bugs. While I found manipulating across and through Jack’s multiple capabilities terrific, they don’t always do what they should. It can take several presses to have sensor points respond to desired actions. Engaging helmet options, for example, was a frustrating experience in tapping and grabbing over and over again to hit a seeming interaction point. A second example is the difficulty in turning off intrusive data read out screens, also moving items around to face proper direction.

The most obvious bug in Lone Echo is a seldom but hair pulling tendency to deactivate items needed to progress. Specifically, it may fail to acknowledge an item being inserted, another being scanned, or de-empower dialog options for advancement. After fumbling through the same area for 30 minutes, it finally occurred to me to restart from a checkpoint…and the problem corrected itself. 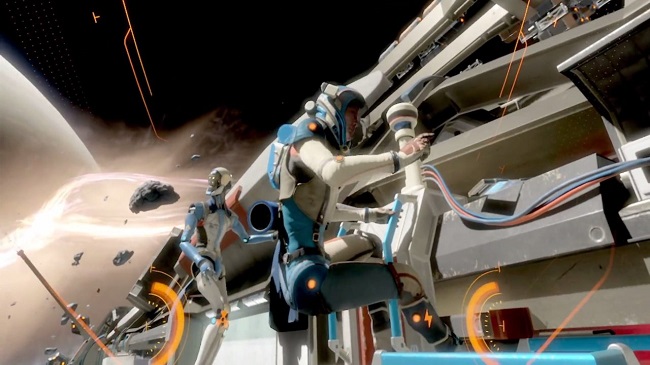 Finally and referenced above, the plot is a thin one, much of Jack’s missions accomplishing interesting but often monotonous tasks. While working with Olivia – her character is terrific – can be fun, moving cargo back to storage boxes, traversing across areas to change fuses, and assembling maintenance robots is fairly dry. Personally and as stated, I respect this creative decision. Ready to Dawn likely wanted to present a realistic encapsulation of what Jack’s role would be in such a hypothetical situation. Thus, when the anomaly appears, it truly is out of place, every action required to assess and address challenging (as they should be). But it may bore others to tears.

Combining all of the above, Lone Echo is arguably best described as an experience first, and – while flawed – is incredible in its immersion and attention to detail. It’s also not for those with loose stomachs, so be warned before taking the plunge into zero gravity. Spend some time learning the game’s mechanics – notably best use of the right analog stick, thrusters and boosters – before tackling more physically demanding tasks.

Lone Echo is an incredible leap forward for VR via its ability to capture both zero gravity and space environments. It does have its fair share of interaction and progression bugs, but not enough to significantly detract from something truly special. Those prone to motion sickness, ease into it.