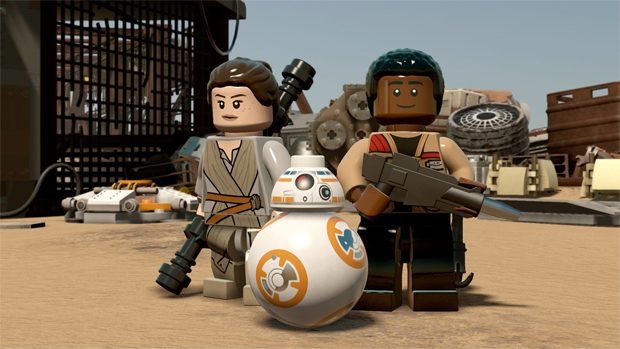 Summary: On the whole, Lego Star Wars: The Force Awakens is a solid entry in the Lego franchise and although it's primarily intended for children, there's enough here to appease all ages, especially if you're a Star Wars fan.

Charming, engaging and most importantly, fun, Lego Star Wars: The Force Awakens is another excellent entry in the Lego franchise.

Generally speaking, Lego Star Wars: The Force Awakens closely follows the movie, although much like previous Lego movie tie-ins, it does add a little customary cheesy Lego humour and some extra scenes. Pleasantly, before the story of The Force Awakens begins, you get to revisit the last thirty minutes of Return of the Jedi, including Han, Chewie, and Leia’s mission on Endor, Darth’s redemption on the Death Star and Lando Calrissian getting “a little too close” as he heads to the super stations reactor. 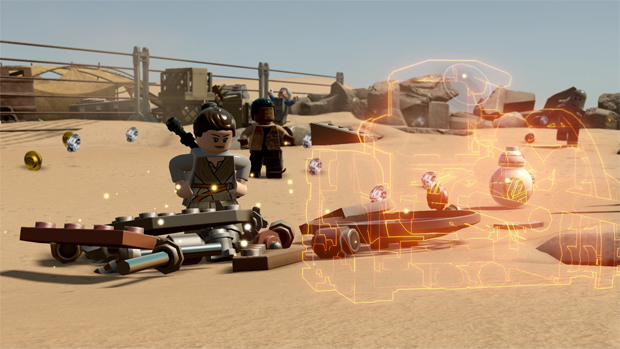 Once you have tackled the prologue, you’ll be visiting Jakku and from there, following the plot of the movie. On your journey, you will meet dozens of characters with the chance to play as most of them including Rey, Finn, BB8, Han, Chewie, Leia and Poe. The gameplay and mechanics haven’t changed from earlier Lego entries and although both can feel a little worn out at times, it doesn’t hinder the enjoyment you can have. 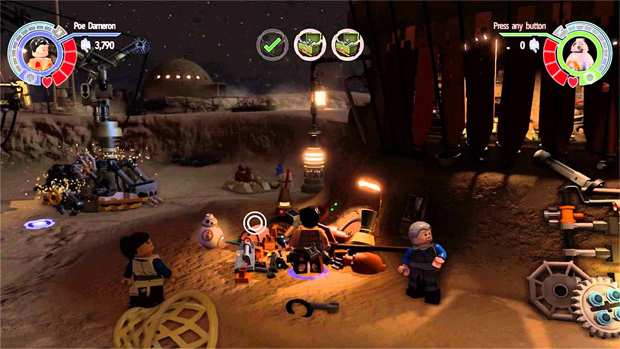 Overall, the game performs well, there’s very little slowdown when multiple events are taking place at the same time which leads to some visually splendid action sequences. Indeed, it’s taking to the skies where these sequences look their best thanks to the opportunity to sit in the cockpit of TIE Fighters, X-Wings and of course, the Millennium Falcon. 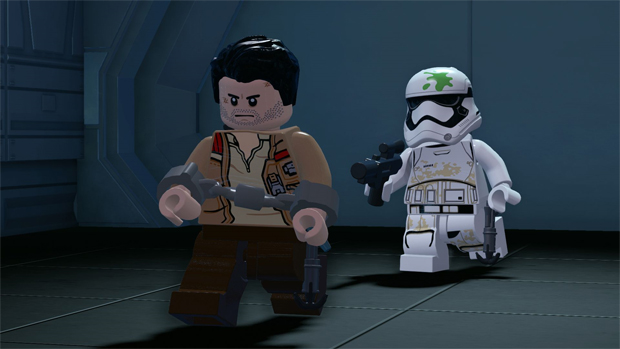 Since Lego Star Wars is mainly for children, controls and combat are simple. On occasion, it can feel a little repetitive while button mashing your way through a certain stage but Lego Star Wars does try to mix it up thanks to a new feature to the franchise, requiring you to take cover behind walls and other objects while engaging in firefights. 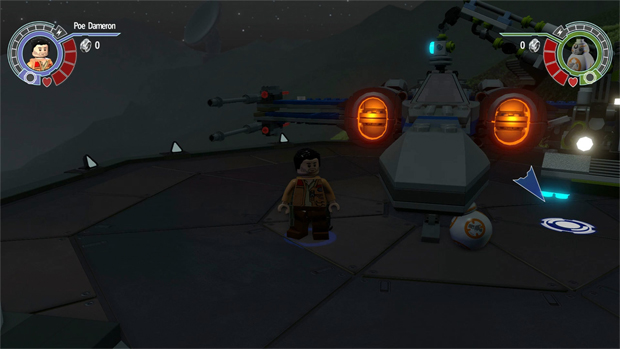 In addition to the combat, there are various puzzles and challenges to solve. All are easy to figure out, with switching between each character and utilising their unique abilities a necessity to progress past each obstacle. While it’s possible to play through each level alone, Lego Star Wars wants you to use its co-op features, and since the game is accessible to both children and adults, there’s plenty of fun here for all the family.

Lego Star Wars looks polished and as with most games that harbour the official Star Wars license, it includes composer John Williams’ sensational score which you will never tire of listening to. Furthermore, almost all the entire cast of the movie have their real voices in the game which help add to the authenticity. 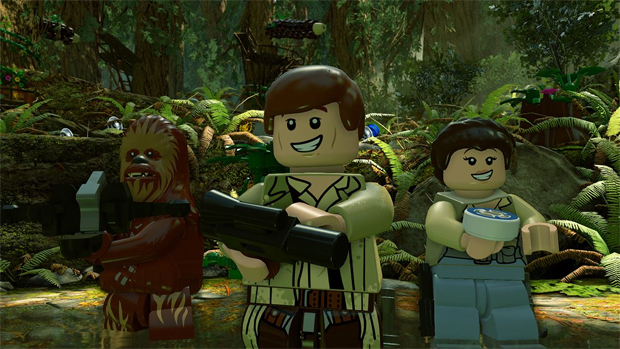 On the whole, Lego Star Wars: The Force Awakens is a solid entry in the Lego franchise and although it’s primarily intended for children, there’s enough here to appease all ages, especially if you’re a Star Wars fan. 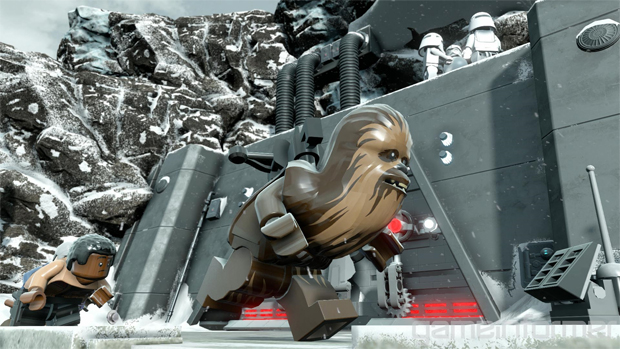