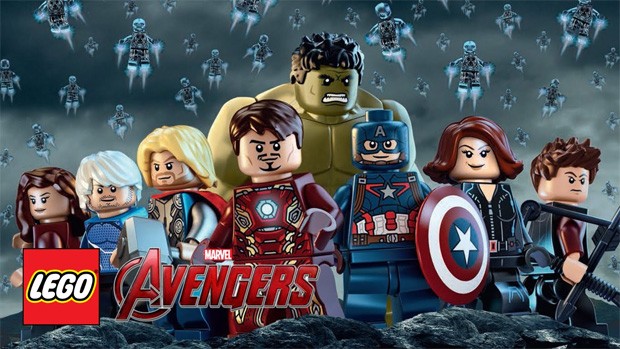 Summary: Another fun adventure through the LEGO universe with Marvel's Avengers that is a good all-ages game

This title is the latest instalment of LEGO franchise related games which started with the awesome Star Wars titles. The thing that people love about the Lego titles is how easy they are to get into. If you have played one, then you can pretty much play your way through them all.

This latest title brings all the best of the Avengers franchise to your favourite console and it is a pretty neat adventure. This game starts off with a killer action sequence, showing the Avengers kicking butts and taking names on a mountainside. We then ease into using the characters and learning about their abilities. 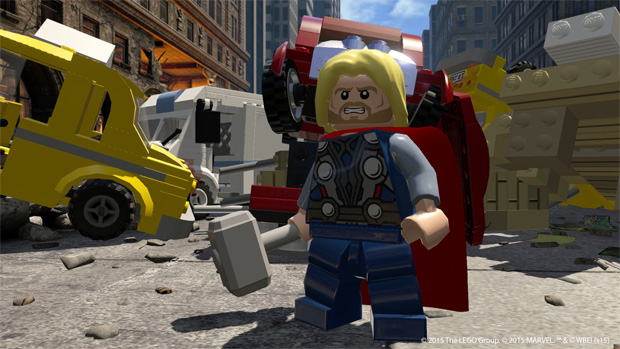 Also, TT Games are old hands at the LEGO games now, showing us a couple each year now for quite some time. Despite the amount of titles, they have done such an amazing job that these don’t tend to be boring or even that repetitive in nature.

This is for a number of reasons, but for me in particular, it is the amazing humour and storylines TT make sure are in every title. There is quirkiness to everything they do, and so many awesome small jokes that you just want to keep looking around. 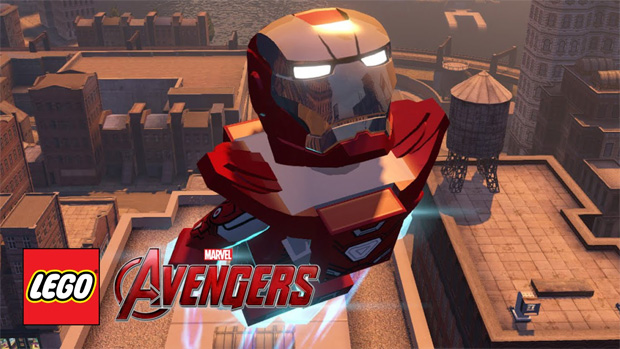 One of the very first things you will notice is how good Avengers looks. There is a neat mix of realistic locations and backgrounds mixed in with LEGO elements. As a huge LEGO fan I would have preferred to see more elements mixed in such as trees in the mountains more than the realistic ones that you whizz past. The more to break the merrier in my books.

With over 100 characters to uncover in this title, it is going to take a heck of a long time to get through this title. Whilst there are a lot to go through, by the time you are done unlocking them you will see that there is a lot of repetition in the ways that each will perform, and they are basically just great looking skins that are all doing the same thing. 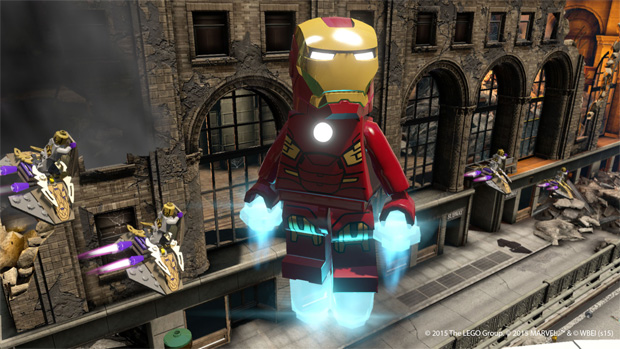 As with all LEGO games, there is a lot of punching to get the job done and there is good and bad with this title in terms of combat. Firstly let us deal with the good. There is a buddy system that sees you being able to get two heroes to combine abilities to get things done that will result in more spectacular attacks. It is innovation in a series that has become familiar.

The downside is that this would have to be one of the slowest combat systems I think I have encountered in a LEGO game. Reaction times are slow, in particular it seemed to be with anything Captain America does. Hits are slow and prompts given on screen are executed well after button pushes take place. I really had issue with some parts when the combat slowed down to a sluggish crawl, and exciting moments when I would look forward to a shield throw and it would happen well past when I thought it would. 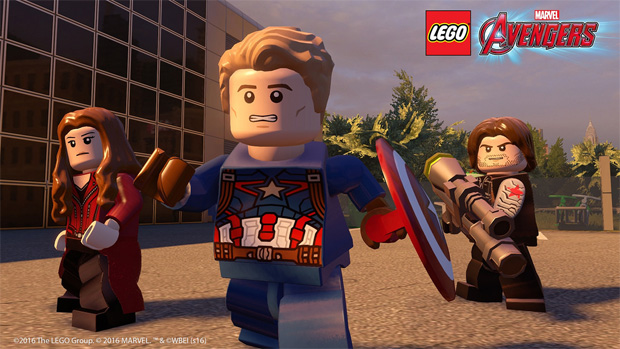 Having said that, the innovation in the buddy system was fantastic, and I do look forward to seeing how this can be improved and expanded upon.

Enemy generation was over the top with just no stopping of enemies to fight. It got to the point at some stages where in order to get something done I just had to resign myself to dying a LOT and just ignoring the combat to open a door or turn a key etc. Way too much guys, it needed to be toned down a lot.

Was this game fun? Heck yes! Taking elements from the Avengers movies transformed this game into a powerhouse of story ideas that will have fans chuffed. It’s really cool and the co-op mode is fantastic and even more fun than playing by yourself. Fans of the movies will see that some of the key sequences from both Avengers movies, the Marvel MCU and also Captain America The First Avenger. These are all faithfully reproduced, but injected with all the humour we have come to expect from TT. 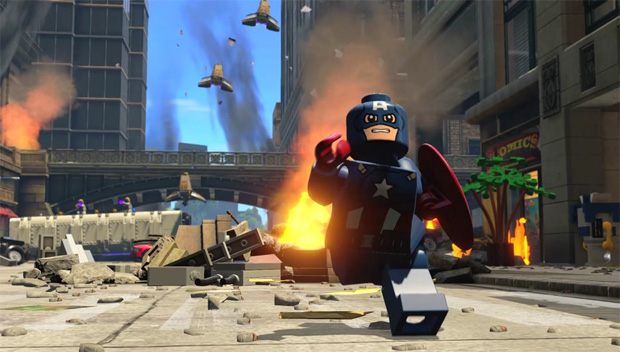 There are so many things to do in this game outside of the campaign. The game opens up the more you get through and is filled with races, checkpoints and a number of other neat things you can do. A feature of the open world that I liked was that as you are moving around the open world, you can see figures from the Marvel Universe doing their thing. It is a vibrant world, and one that is a lot of fun to be in. It would have to have the best selection of open world options yet to feature in a LEGO game. It’s just that well thought out.

This is a great game that will suit both adult and younger players. There are puzzles that need to be solved as you make your way through the game but none of them are too challenging and are sometimes a matter of just smashing utterly everything around you until the game lets you get through to the next set piece.

I recommend this game, it has a lot of value and hours of gameplay that all should enjoy. The skill level is not too hard for anyone to get in and get involved, and the graphics should delight all involved. Other than the slow combat, this game rings true of the skill that TT games make and I look forward to more adventures with them in various LEGO universes soon. 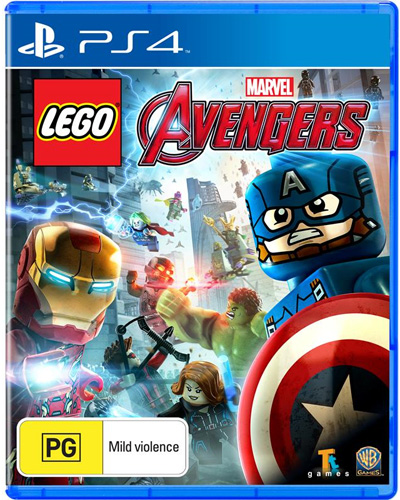